Circular Quay is an iconic place for Sydney and Australia as a whole. In many ways it is the “front door” that Australia presents to the world, containing both the Sydney Harbour Bridge and Sydney Opera House in their unique harbourfront setting. Historically, it is also the site where European settlers established their camp in 1788 and where they subsequently built key early buildings such as Government House.

TERROIR was selected as the lead consultant for the development of the Circular Quay Renewal Framework – a document that sets out the basis upon which this special place should evolve in the short term, as the ferry wharves are refurbished, and then also more broadly over the next 50 years. Circular Quay is in need of renewal, and no longer meets the expectations and requirements of a major global city like Sydney. While the Renewal Framework included analysis of future users of the site, heritage considerations, view impact studies and circulation, it also considered development opportunities that preceded the international competition in 2018. 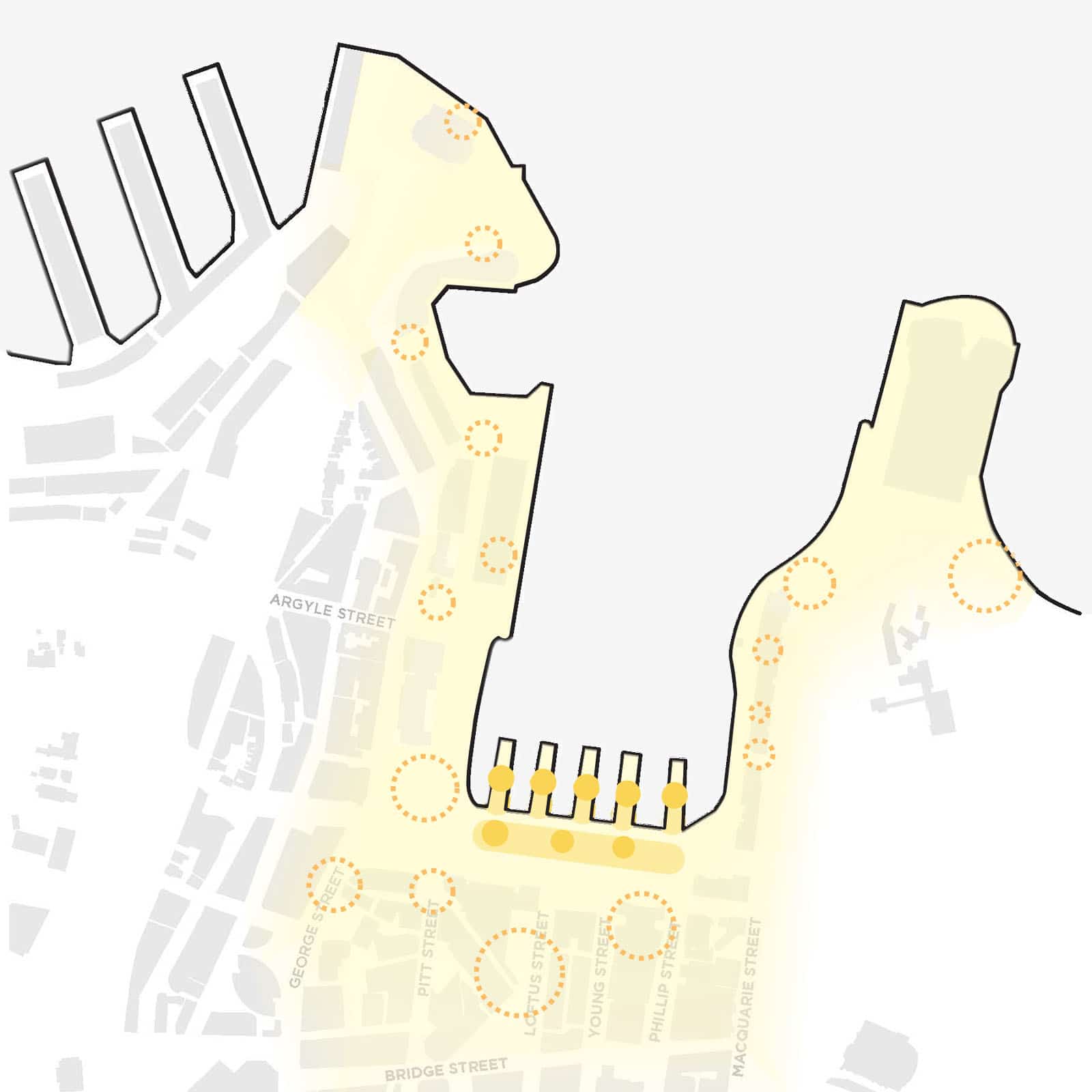 Unify and de-clutter the public domain 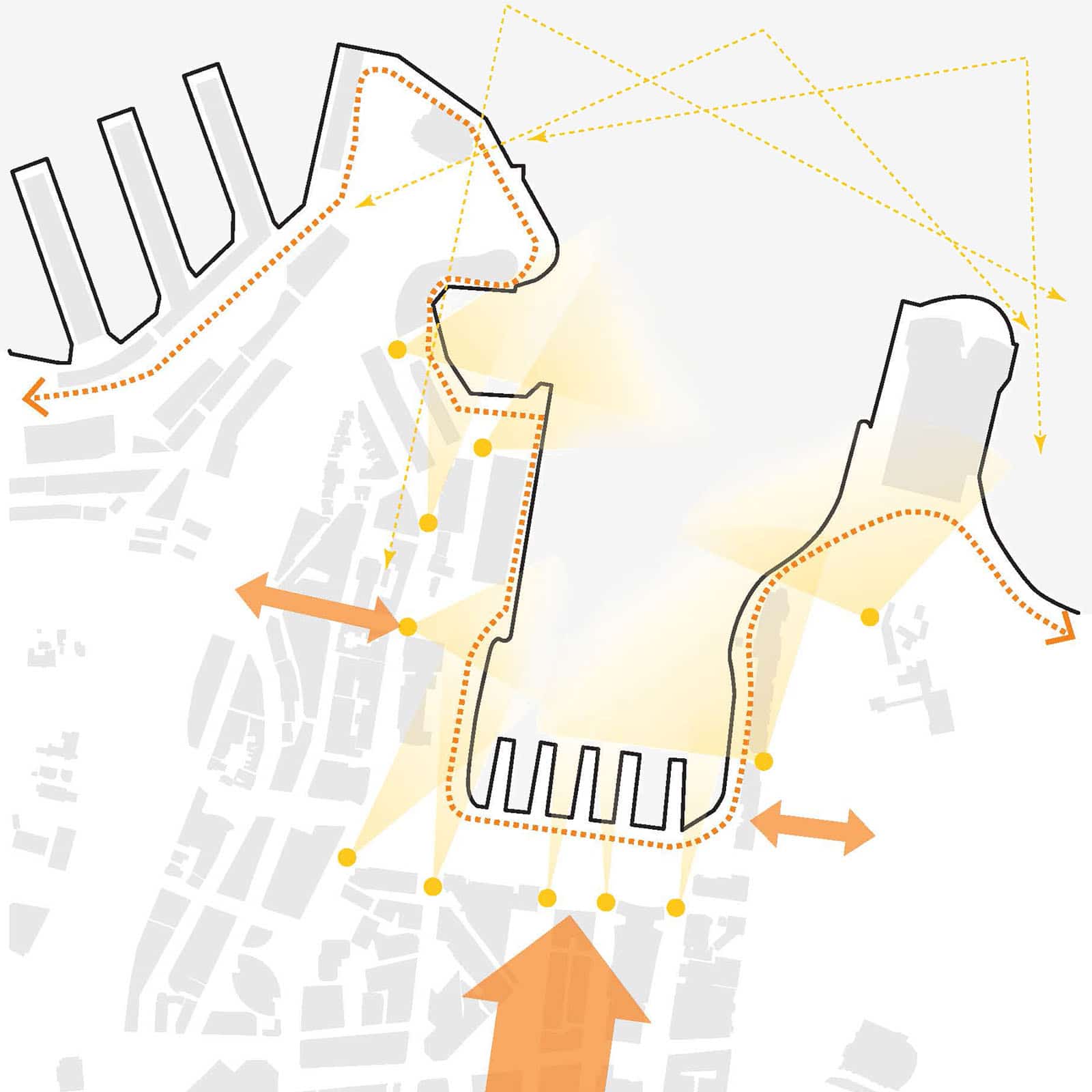 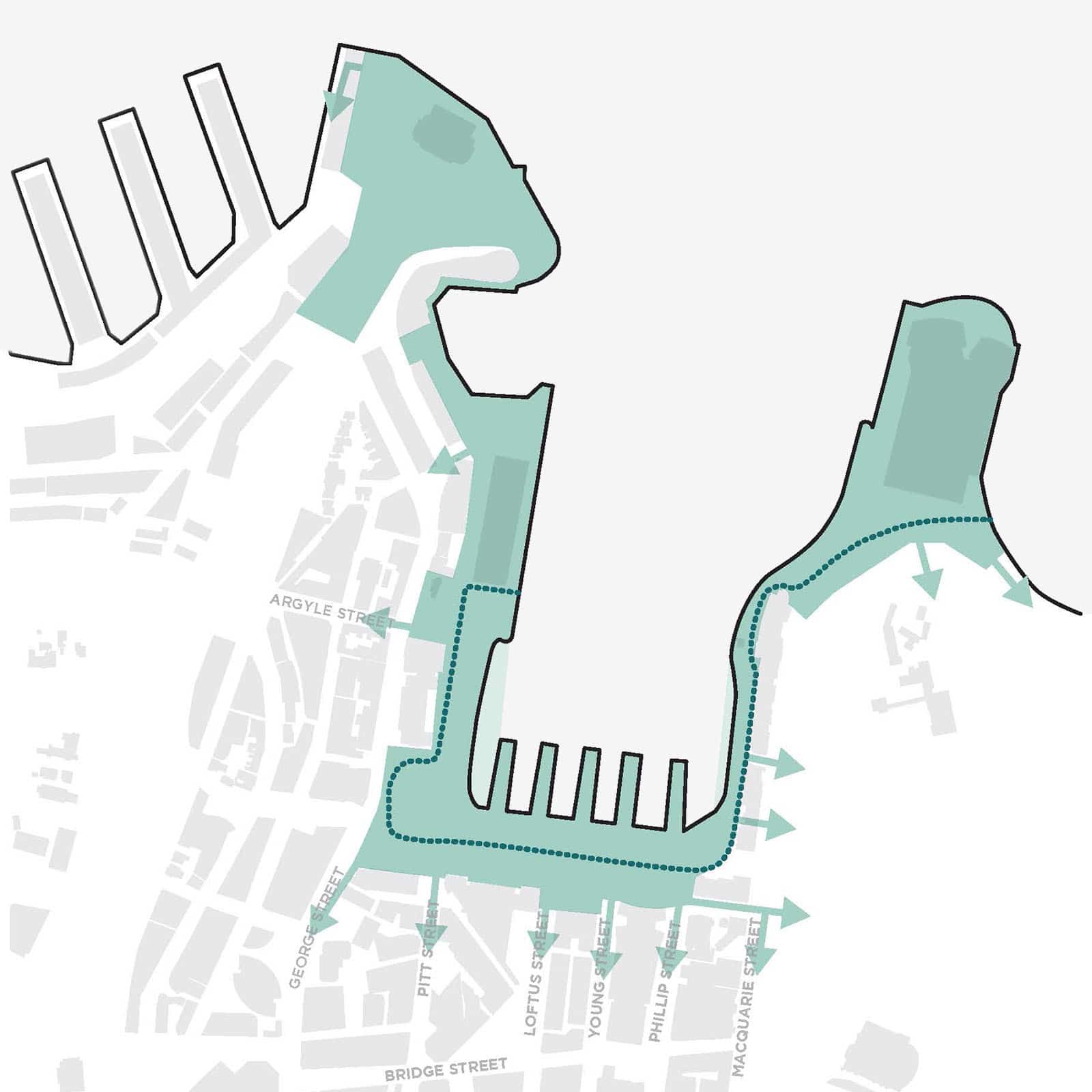 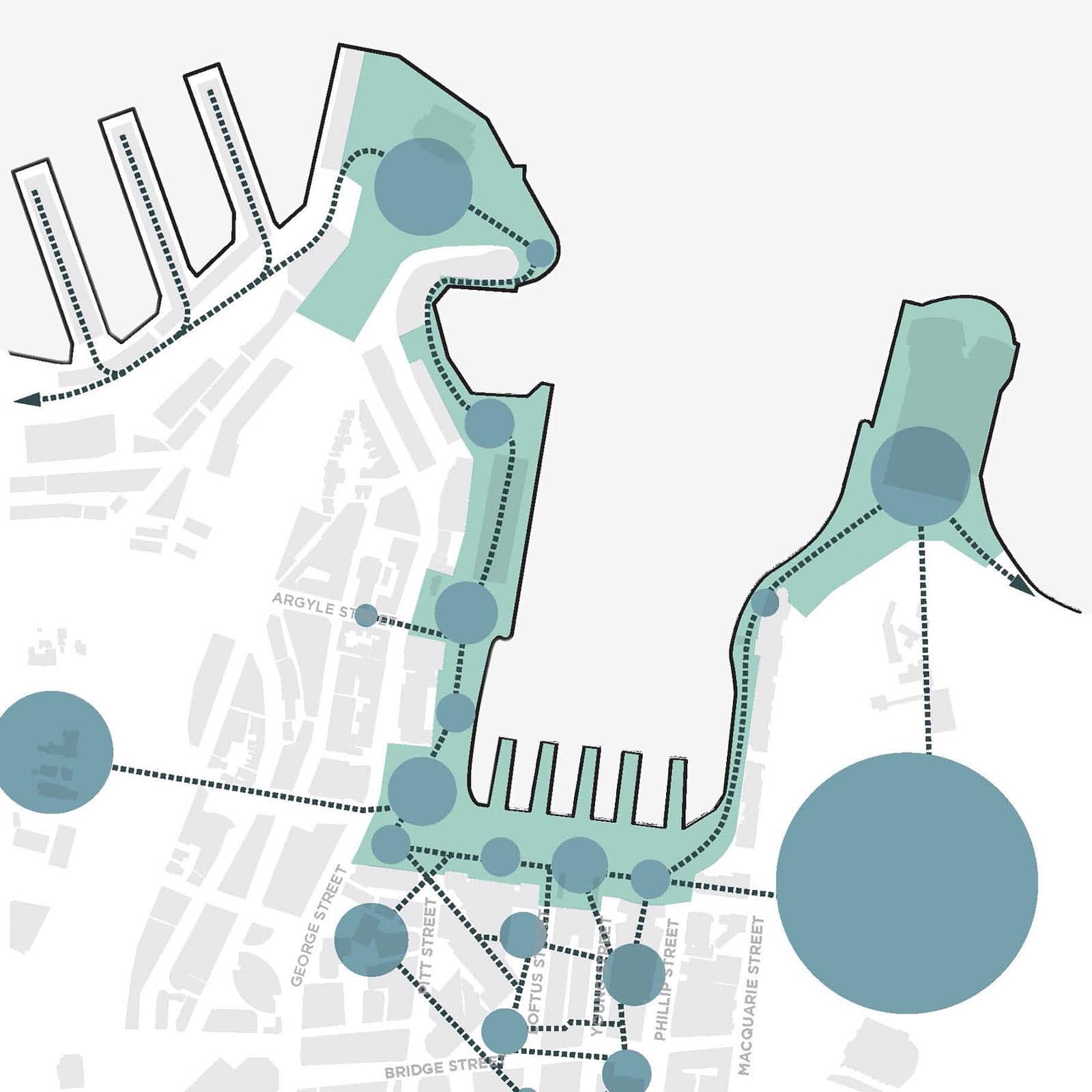 Expand and connect to public spaces beyond 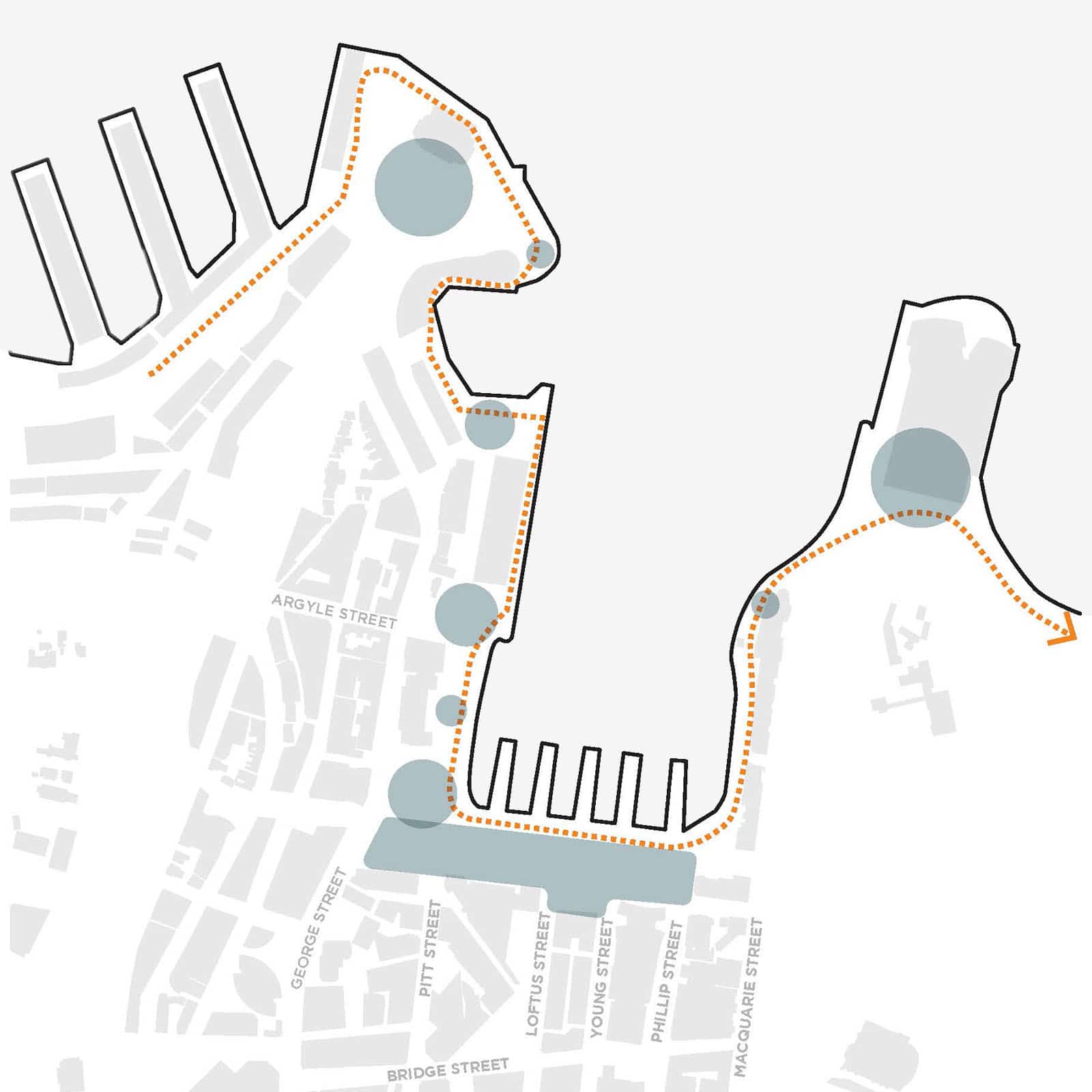 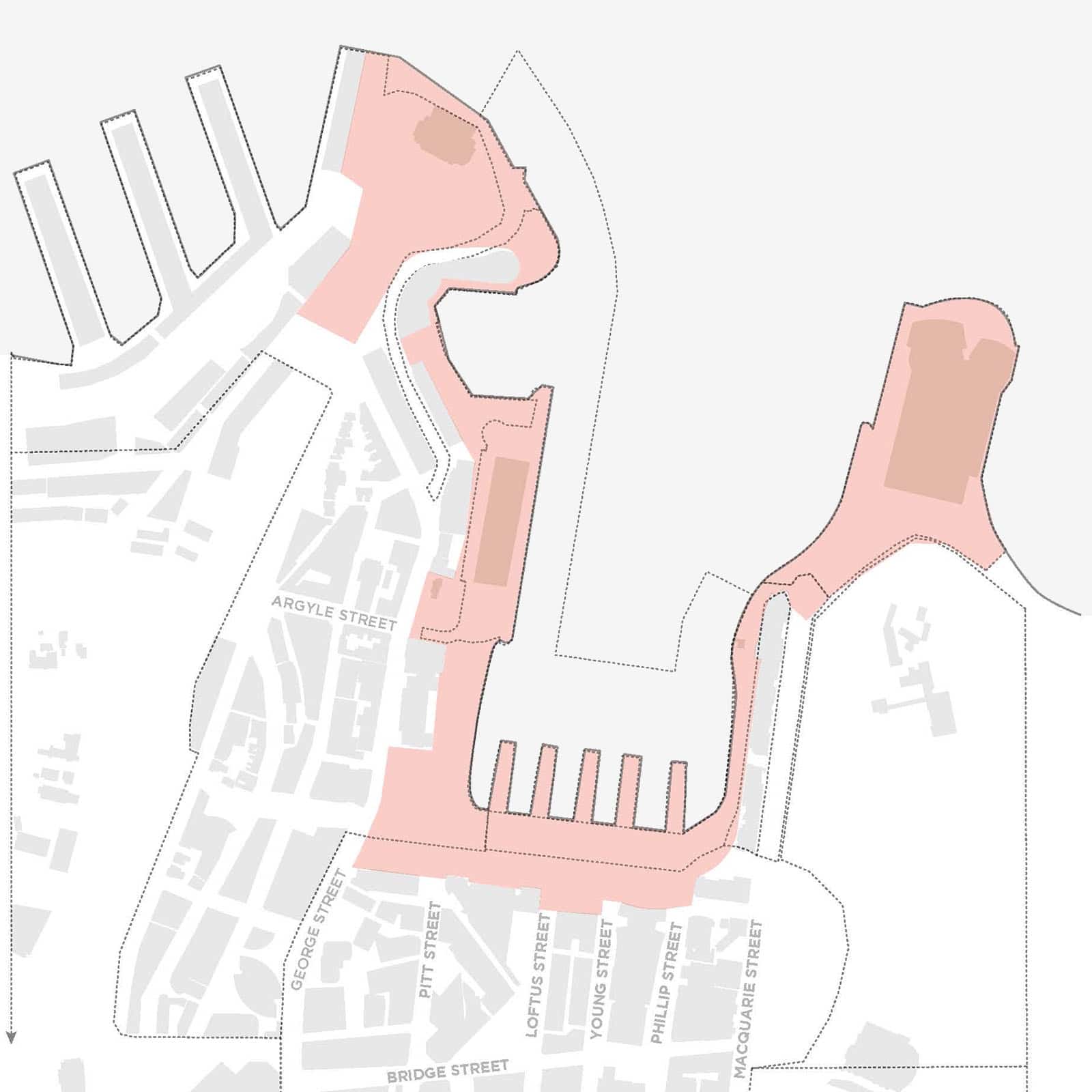 A major inter-agency workshop led by TERROIR with multiple government stakeholders defined the high-level directions for the Circular Quay precinct. With the directions and vision established with the stakeholders, the Renewal Framework built upon previous work and studies to establish the extent of renewal and change that may be possible at Circular Quay. We worked closely with Transport for NSW to understand the evolving needs of the precinct, including walking and circulation loops, ferry stop configurations, heritage studies, views to landmark and creating places for large groups to celebrate. Ultimately the approach was to upgrade transport infrastructure while improving the cohesion, consistency and experience at this iconic place. 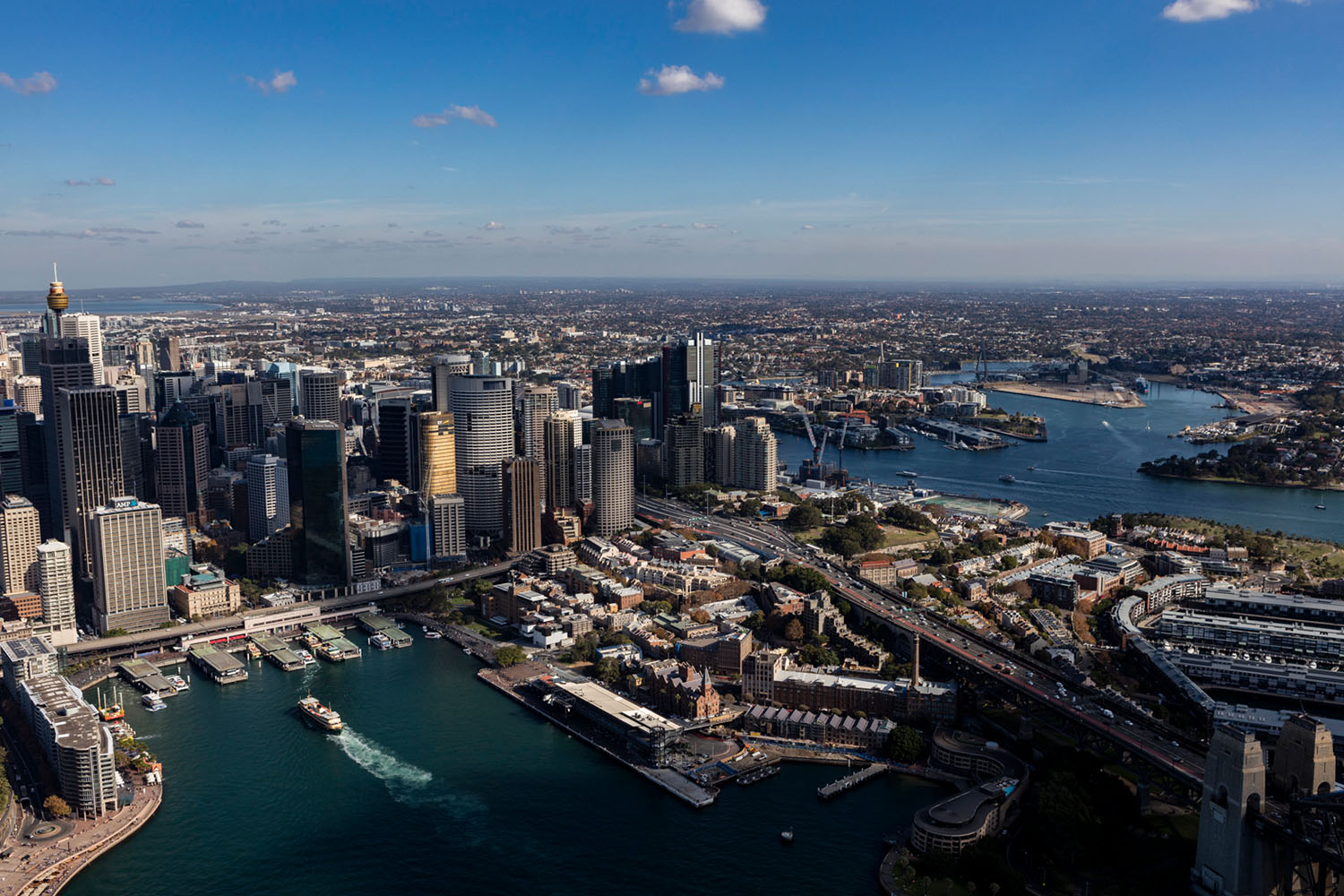 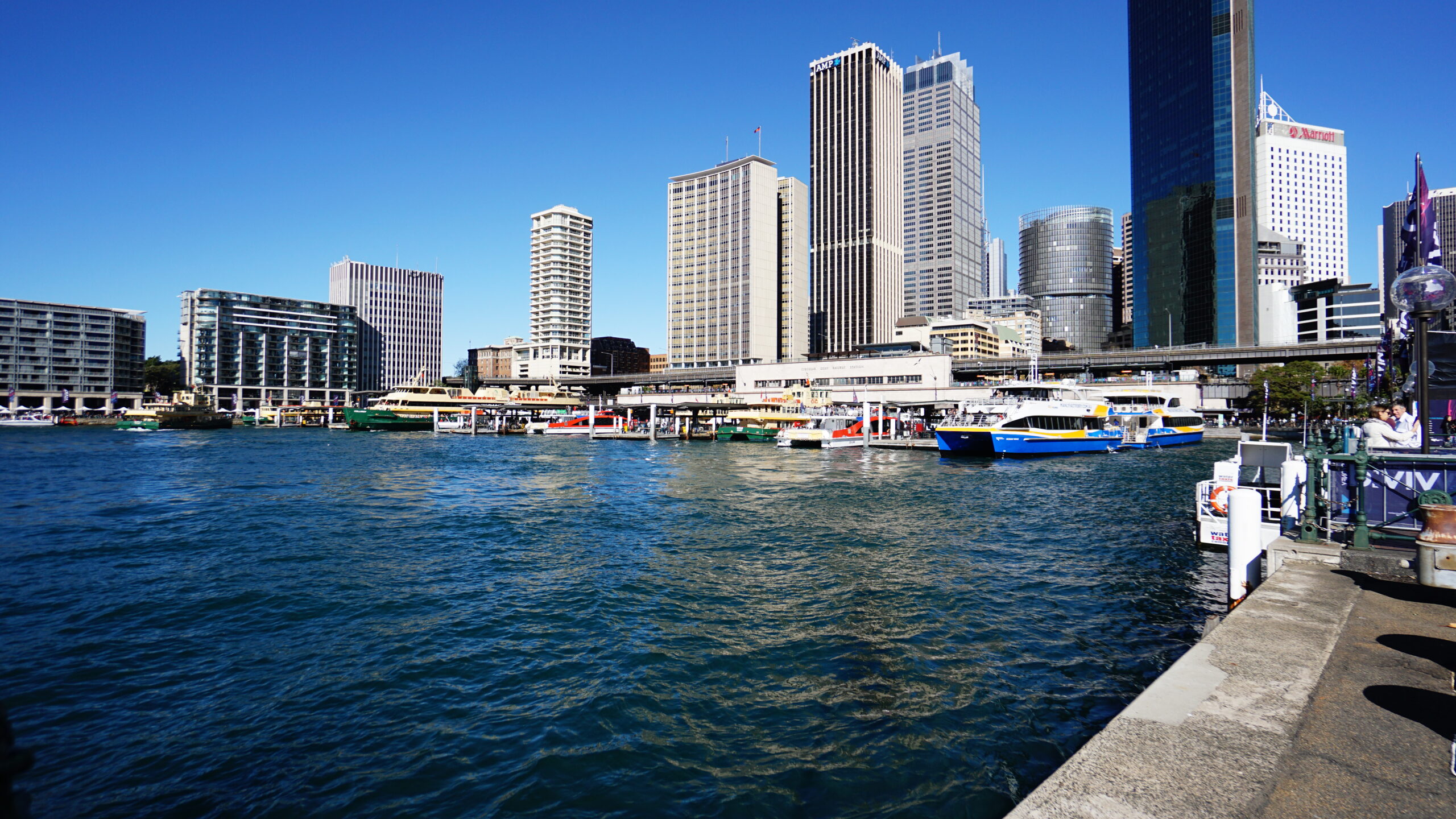 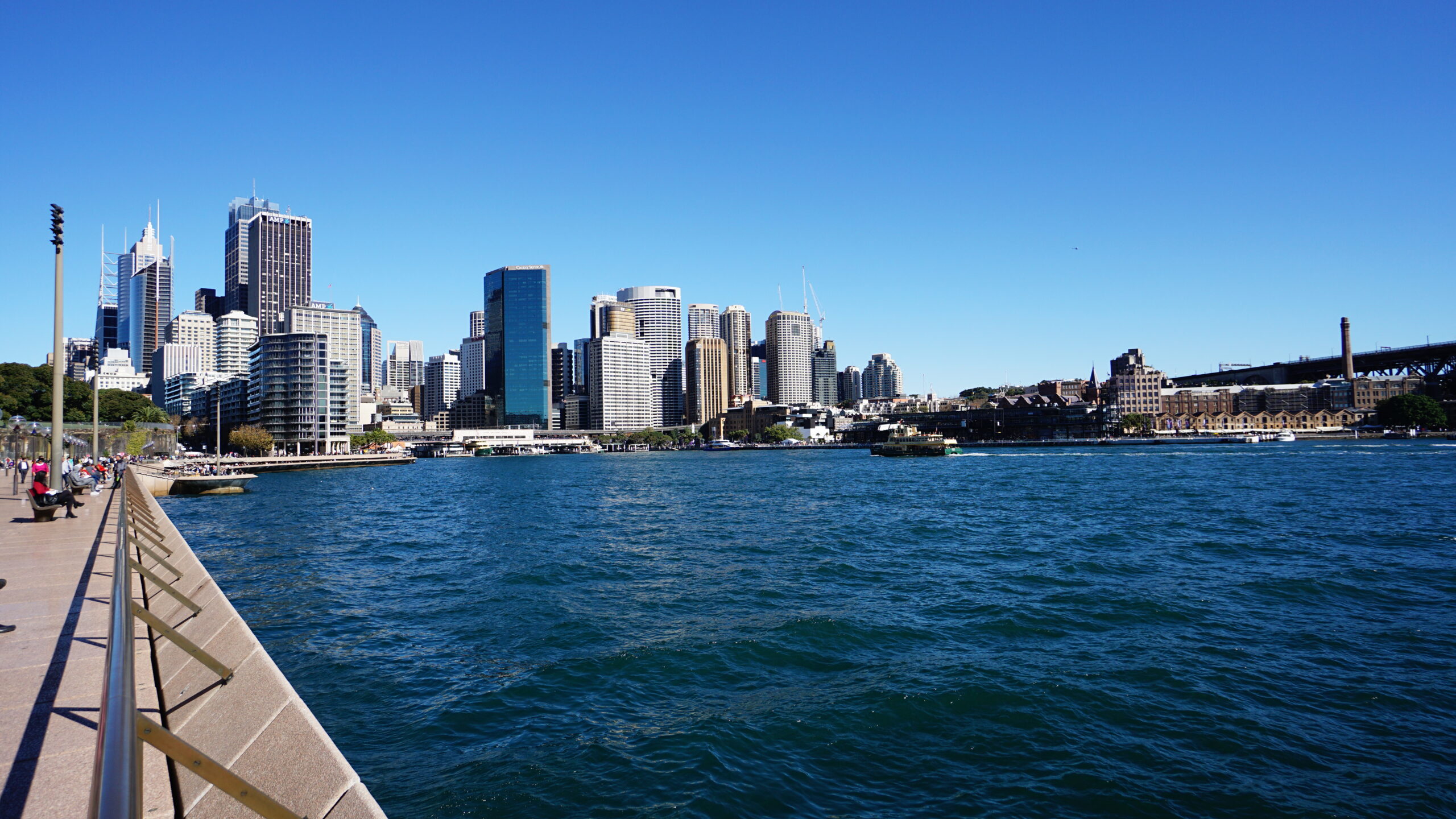 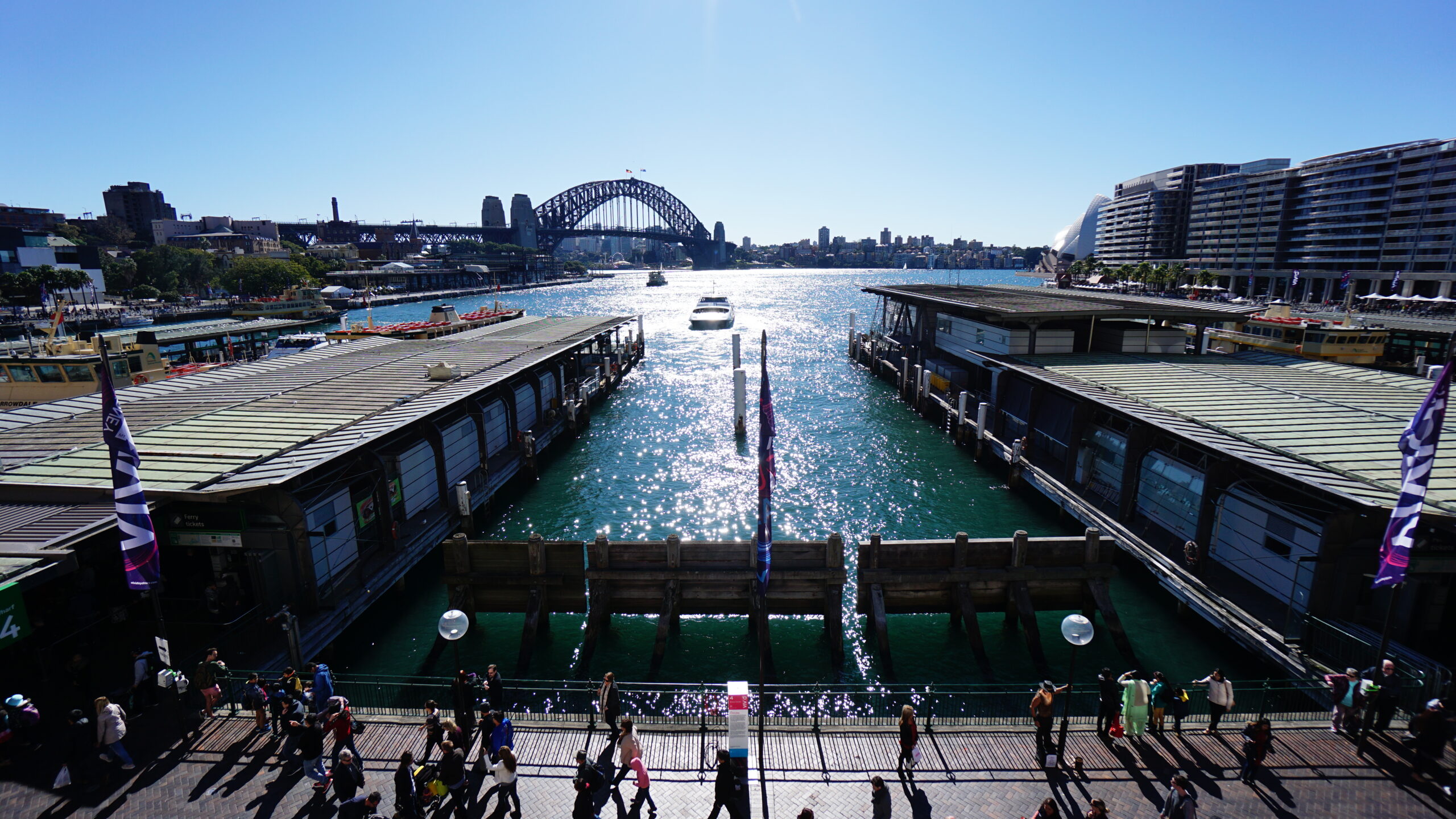 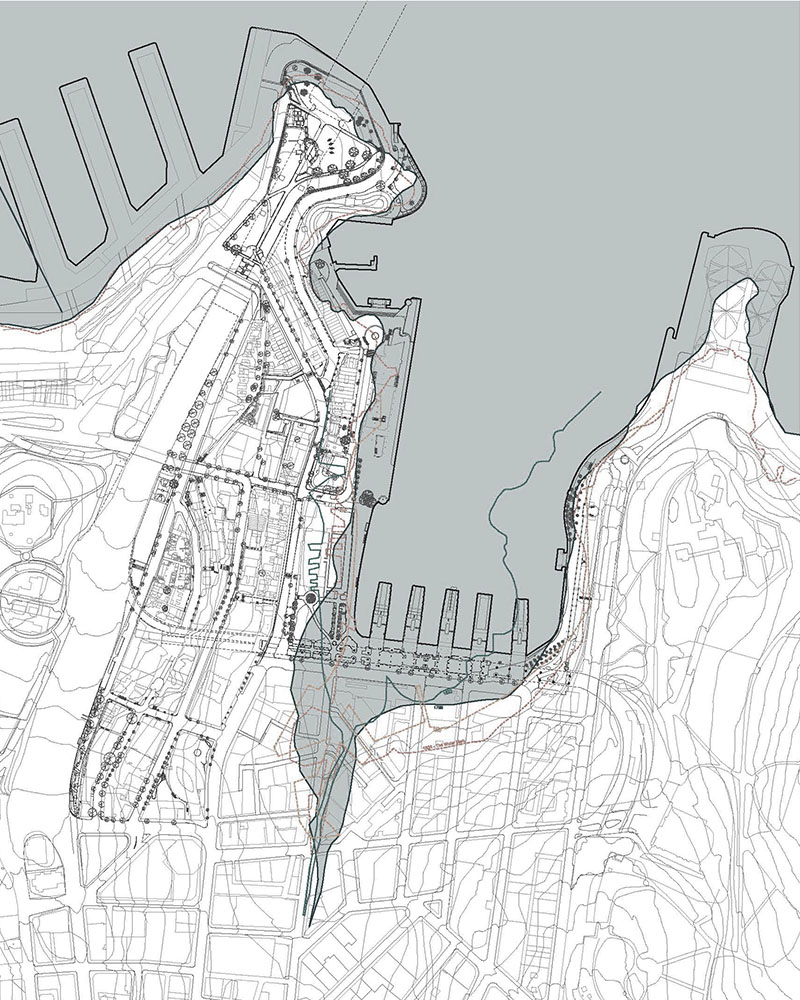 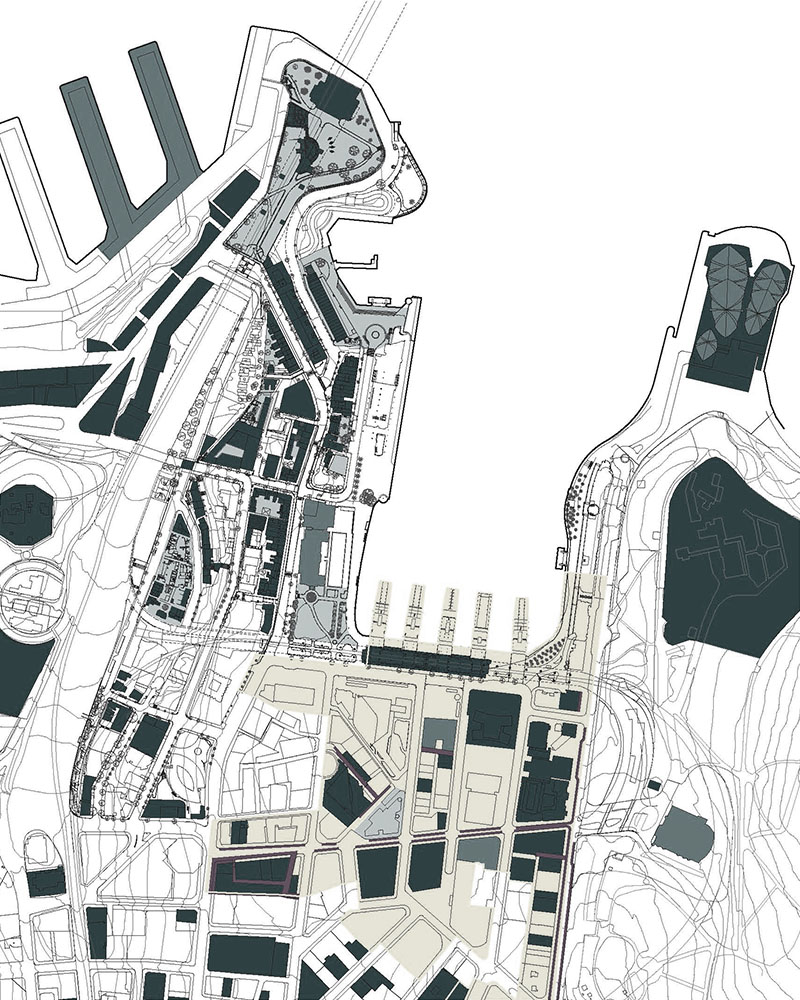 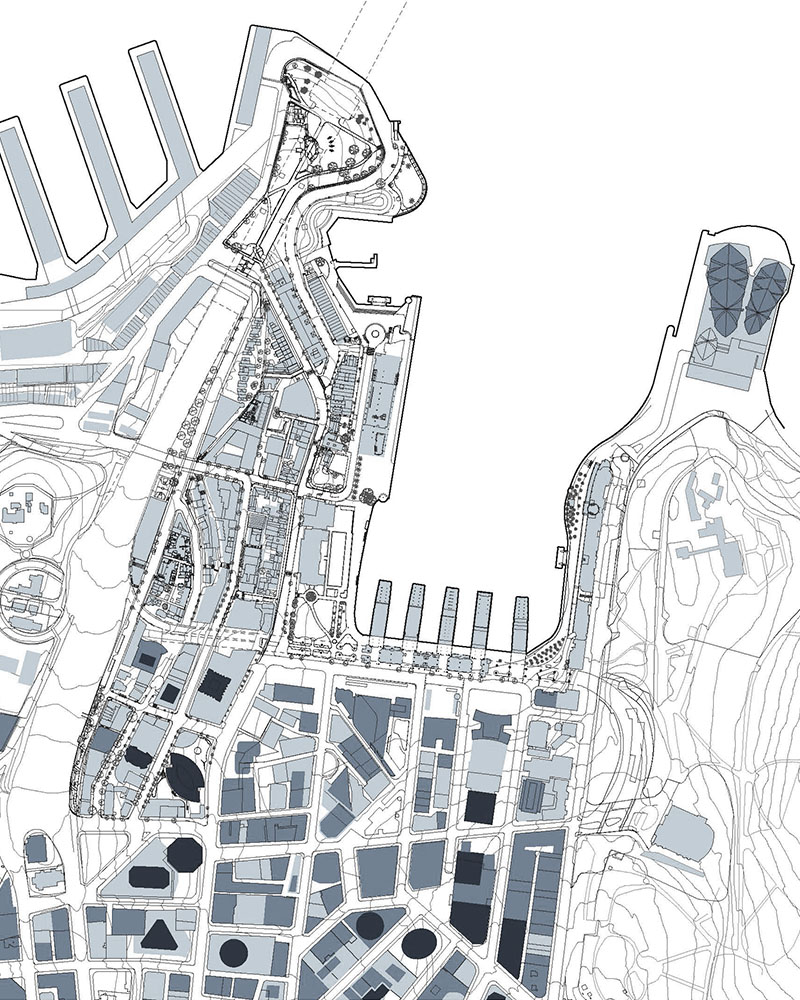 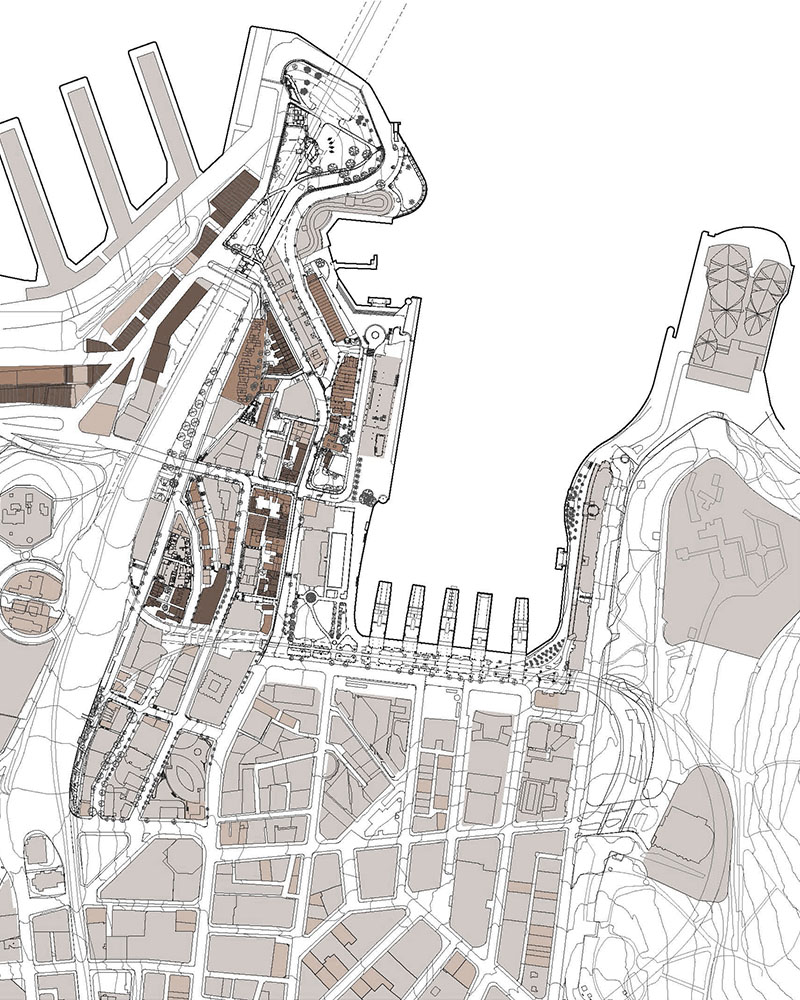 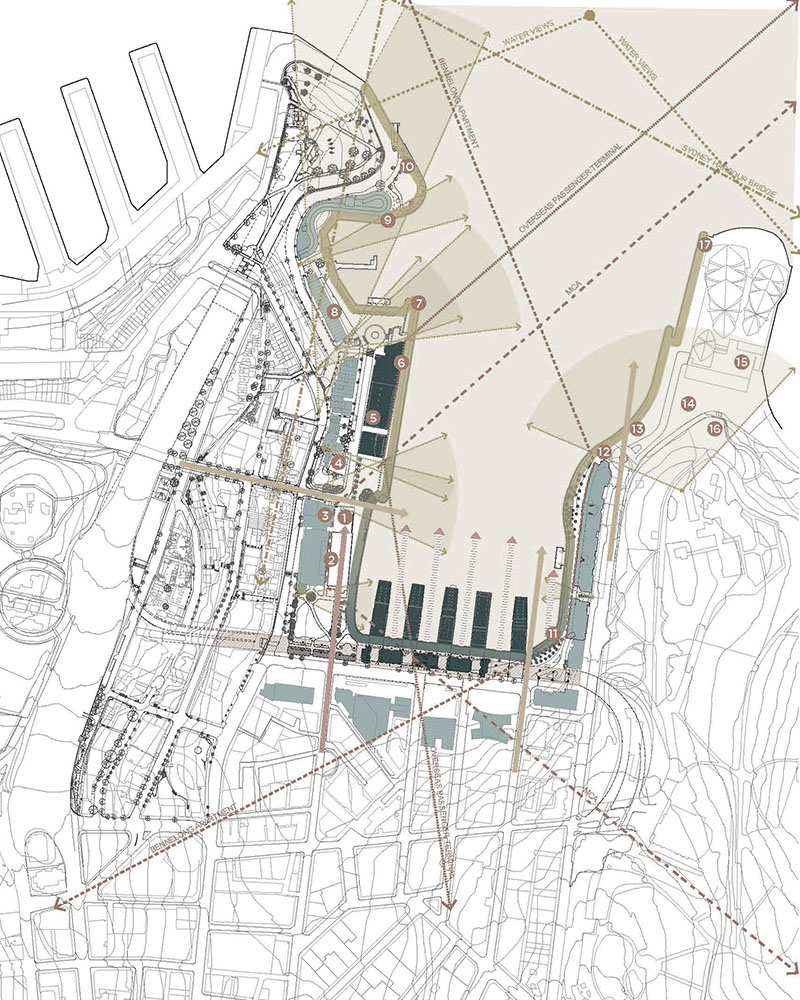 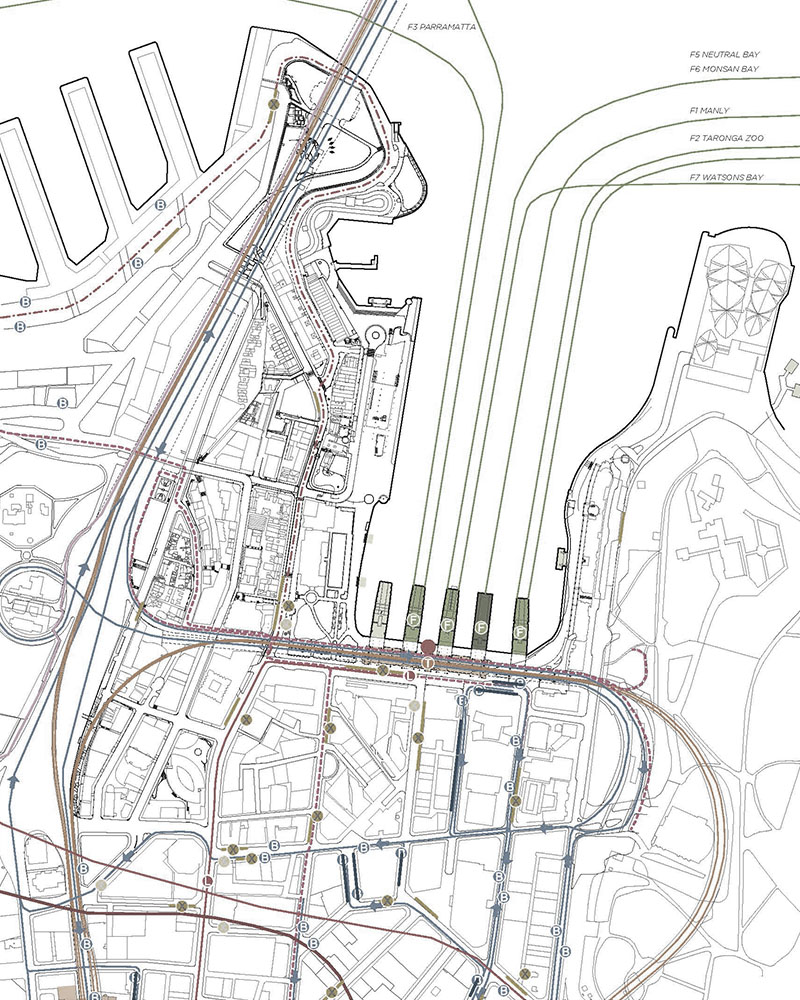 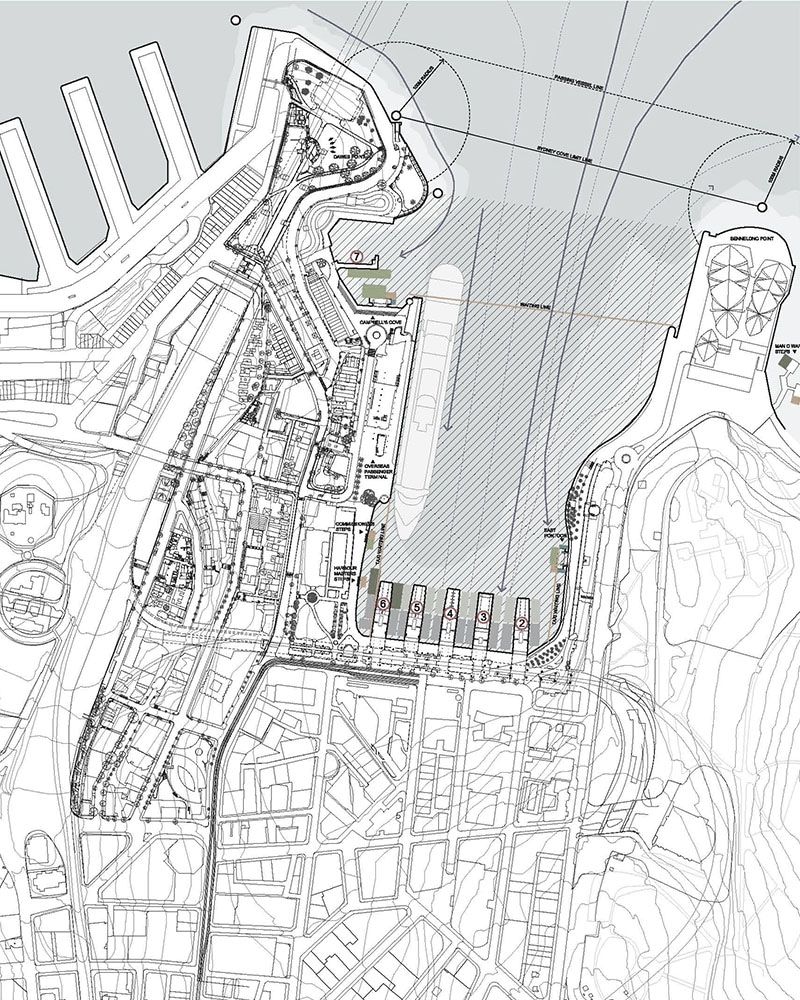 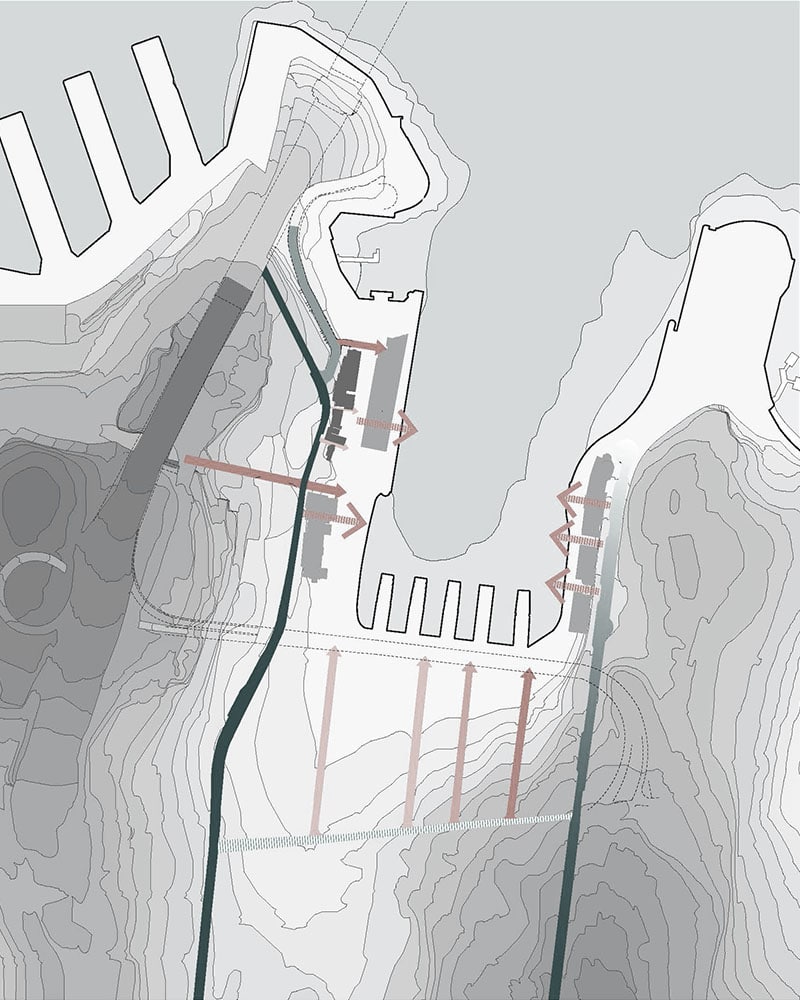