In 2009 TERROIR were engaged to upgrade facilities on Hobart’s Franklin Wharf for the Sullivans Cove Waterfront Authority.  The project was led by Melbourne-based landscape architecture practice Oculus.  Part of this larger project was the need to modify the existing Services Building in the forecourt to the Elizabeth Street Pier.

We reframed this task to both “cut and shut” the existing services building while at the same time increasing pedestrian amenity along the water’s edge.  In doing this, an identifiably new folded steel element painted in an identifiably Tasmanian green colour was placed over the existing building to provide a new identity to the mundane services enclosure with relatively minimal means.  The street end is complimented with a continuation of the steel element which provides shelter over existing public services such as bicycle parking, vending machine and general waiting space. 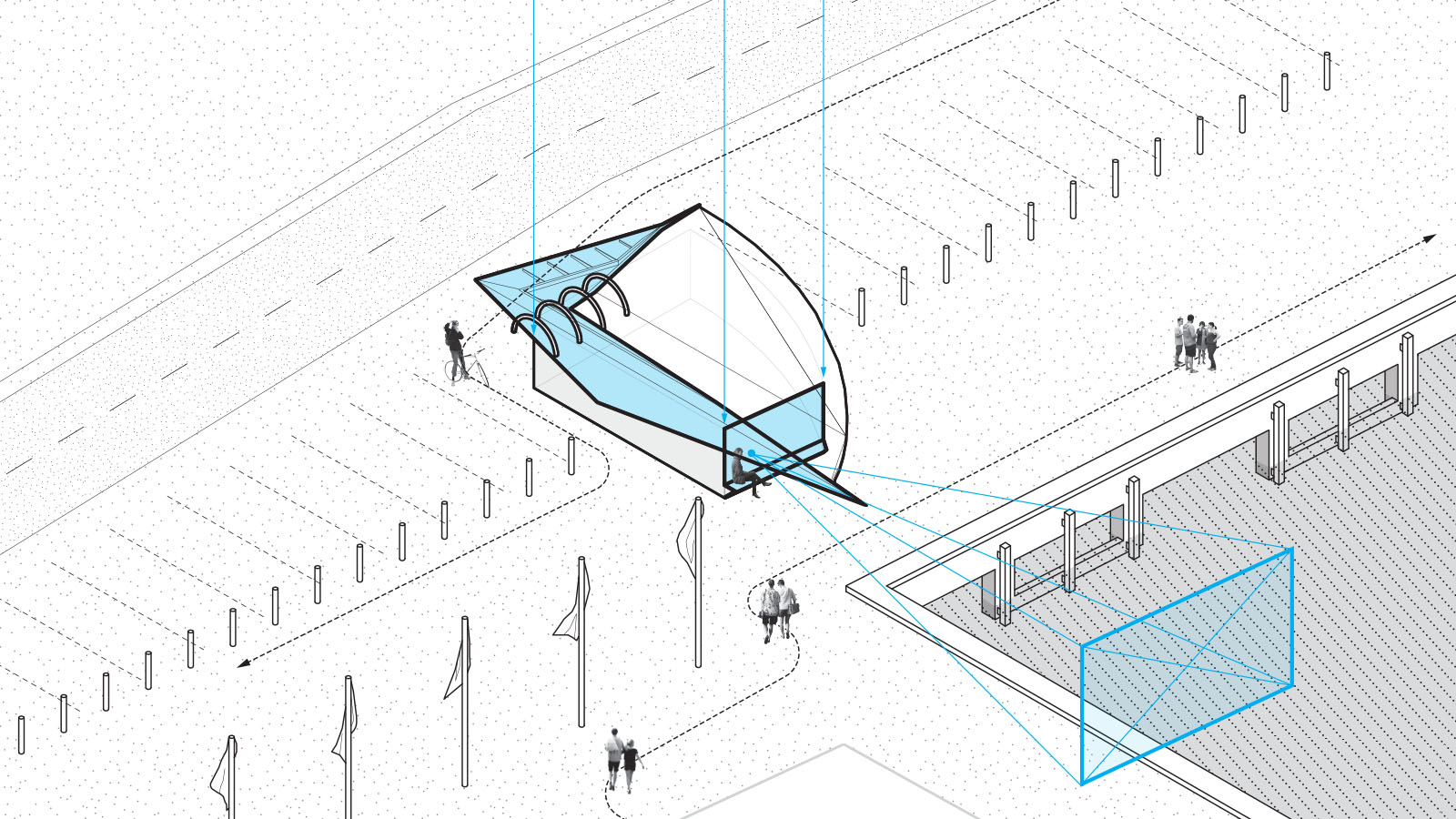 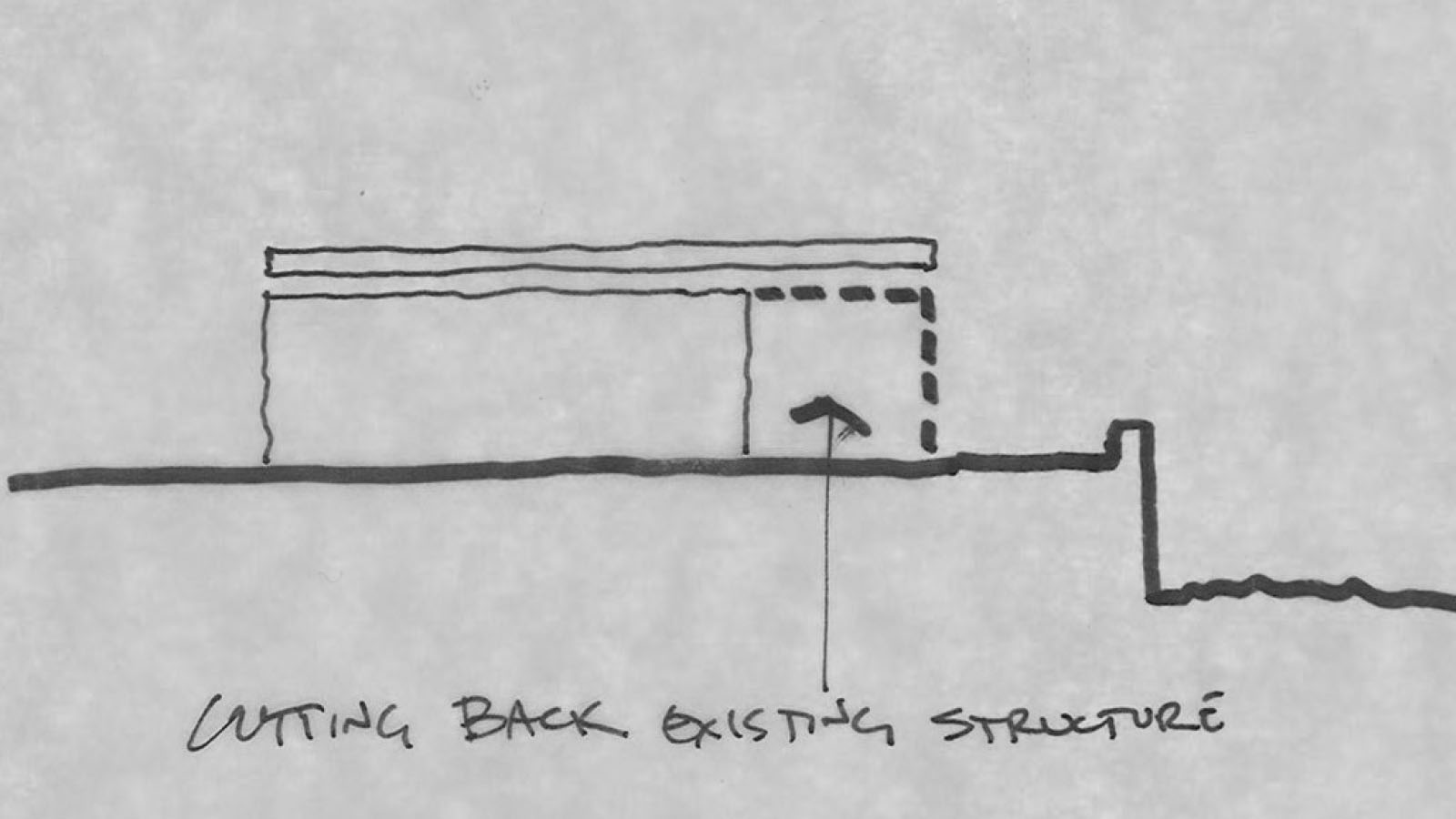 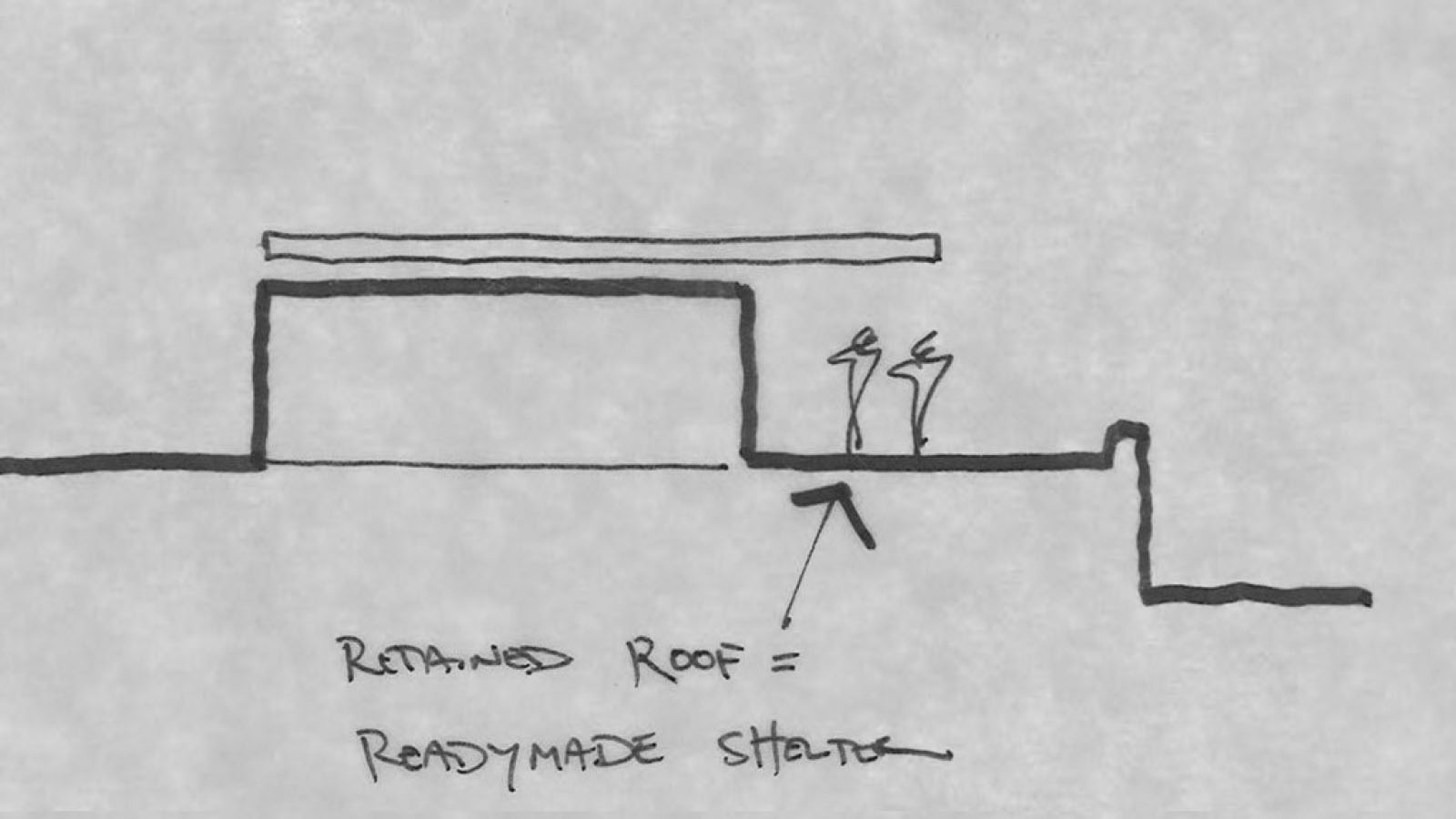 Our approach was to use the pragmatic requirement to modify an existing services building into an opportunity that recognised the location of this container in a key part of Hobart's waterfront. The location is one where pedestrian movement and vehicular traffic intersect, and so it seemed an opportunity to introduce much needed wayfinding. This wayfinding works at multiple scales, from the sight of the bright green roof in the distance to intricate and nuanced adjustments to the cladding to orient pedestrians to key views over the wharf area. 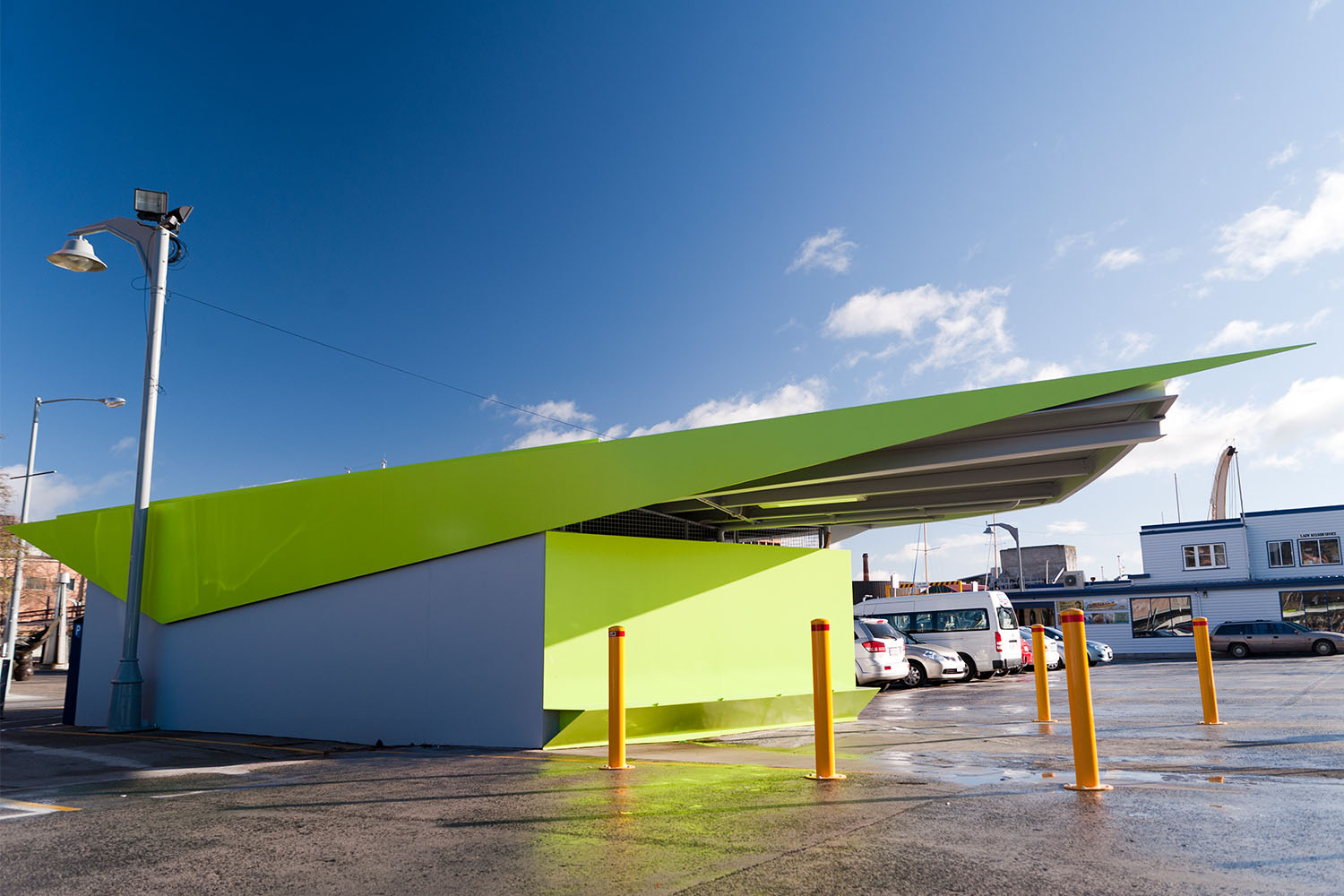 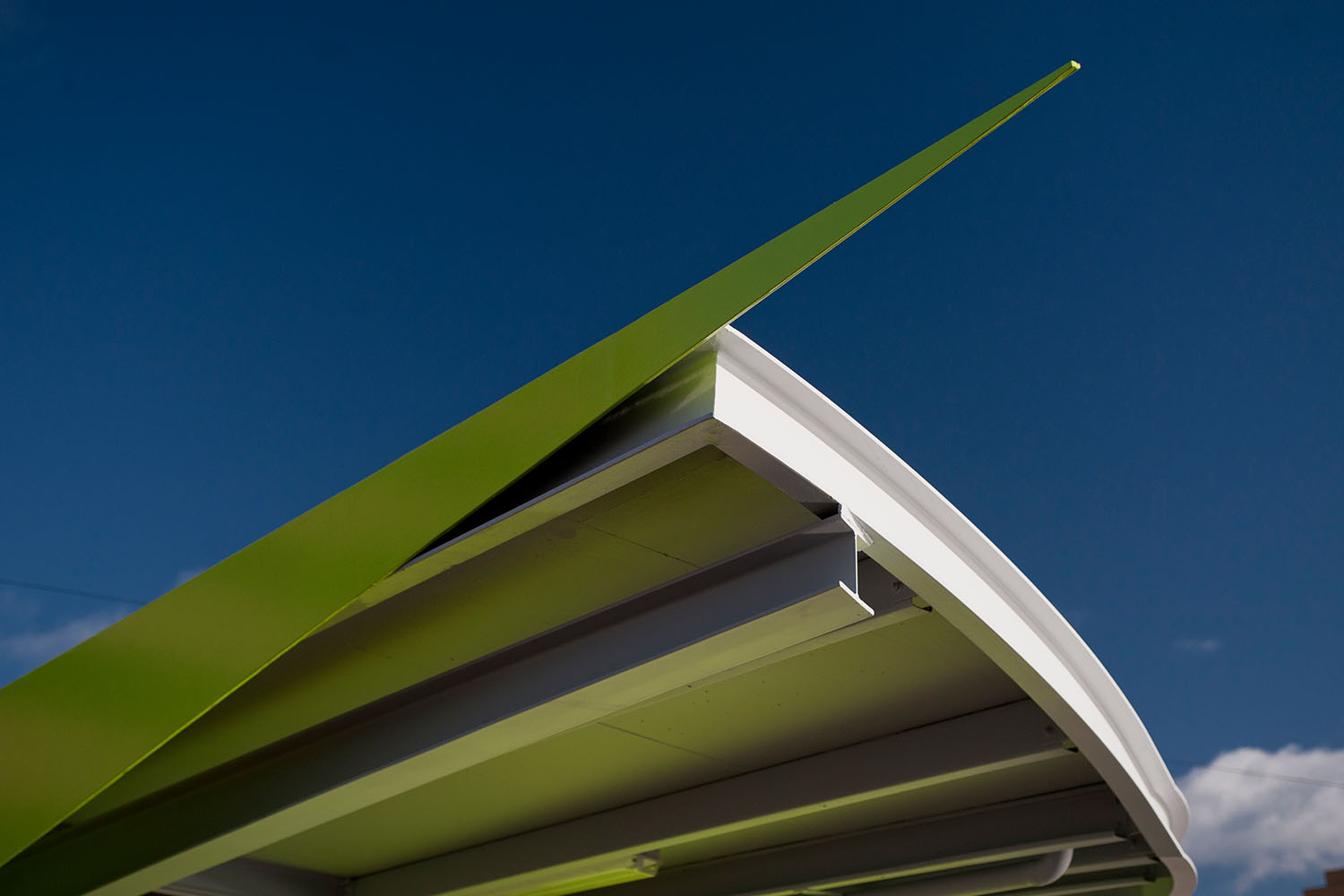 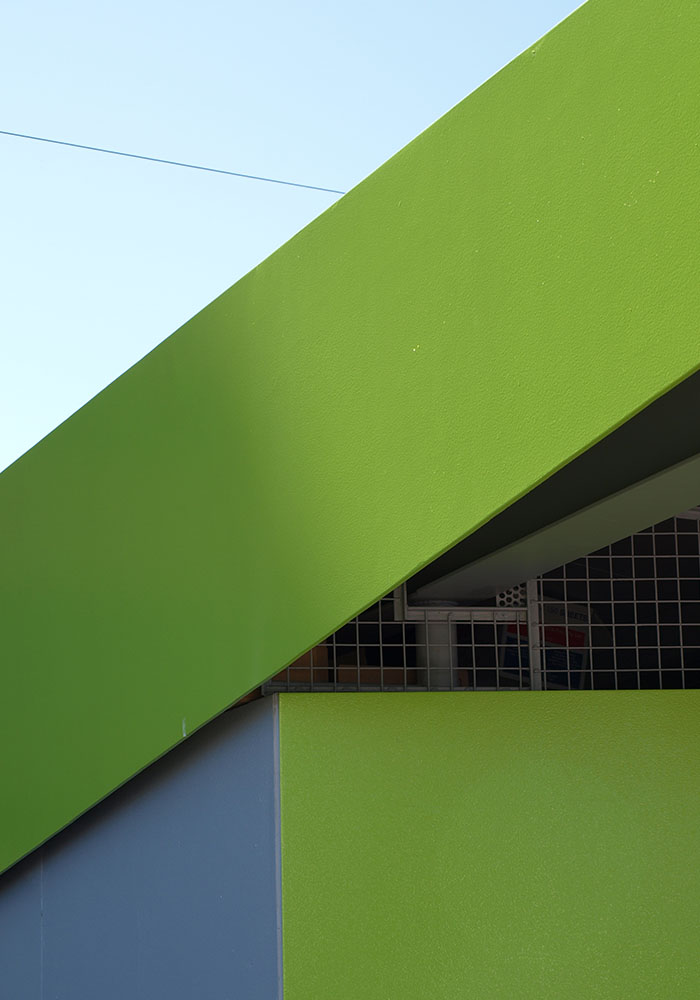 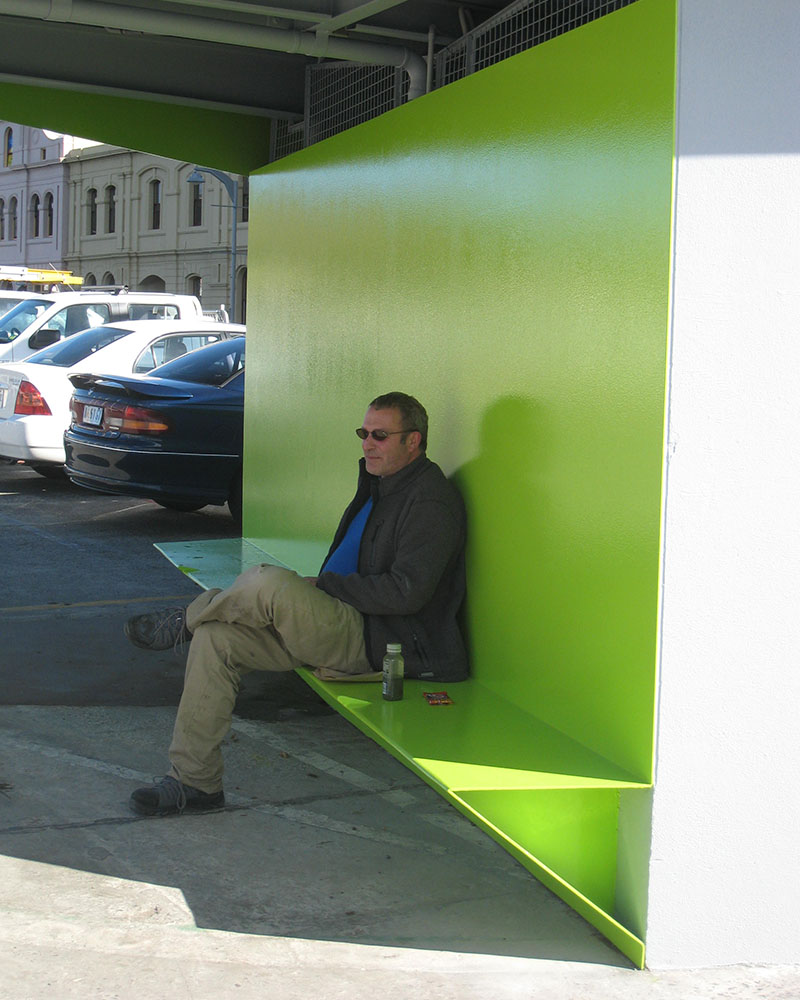 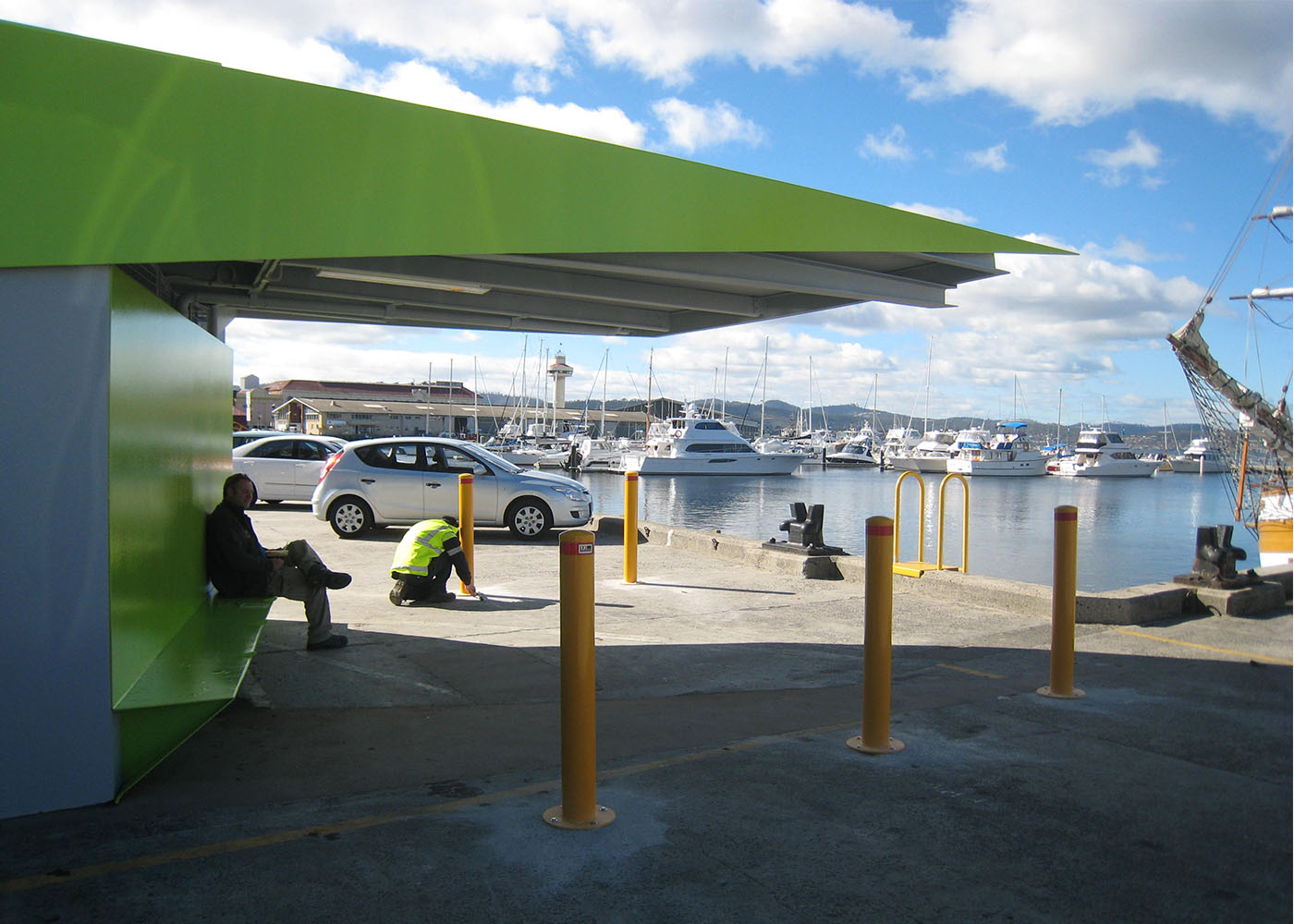 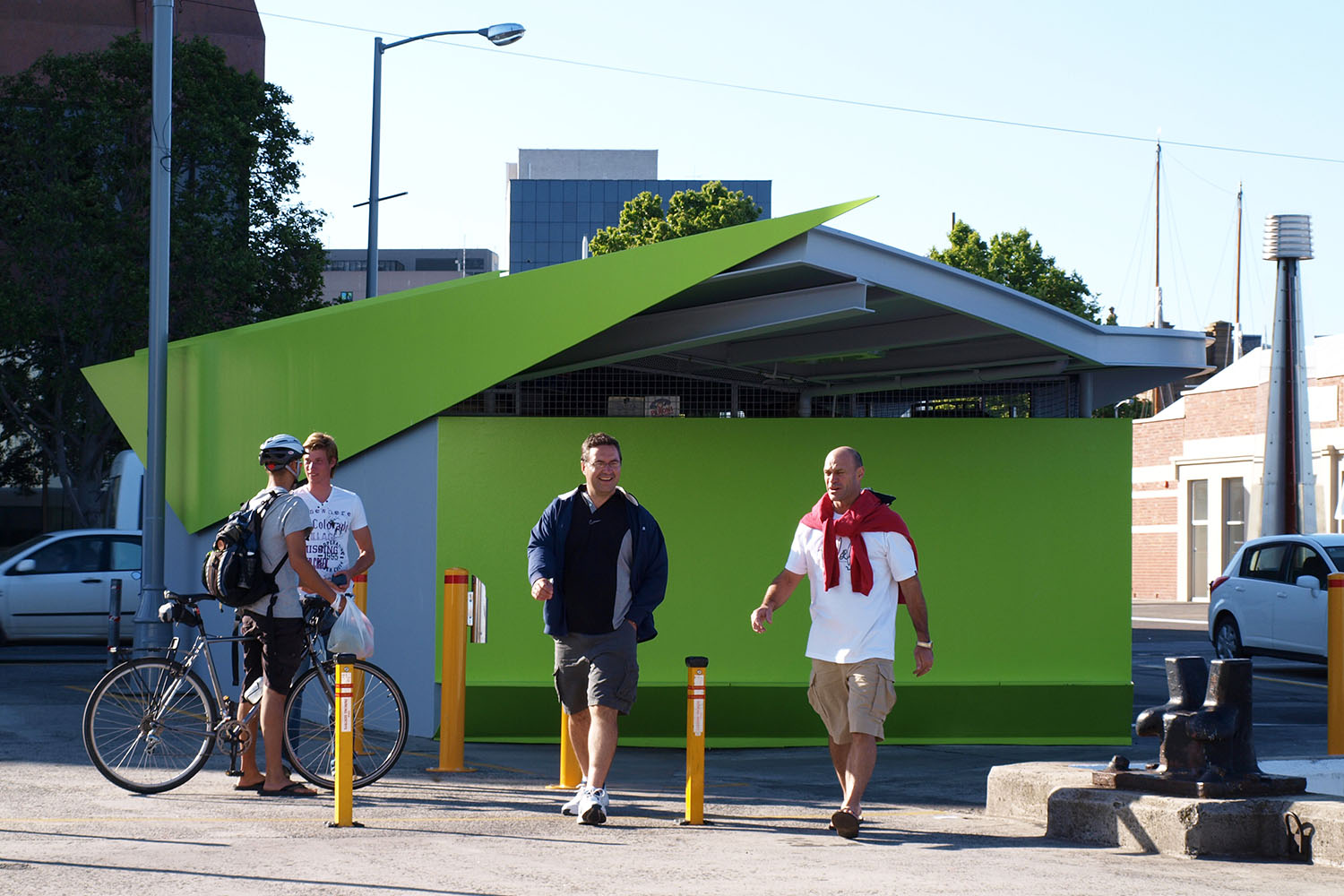 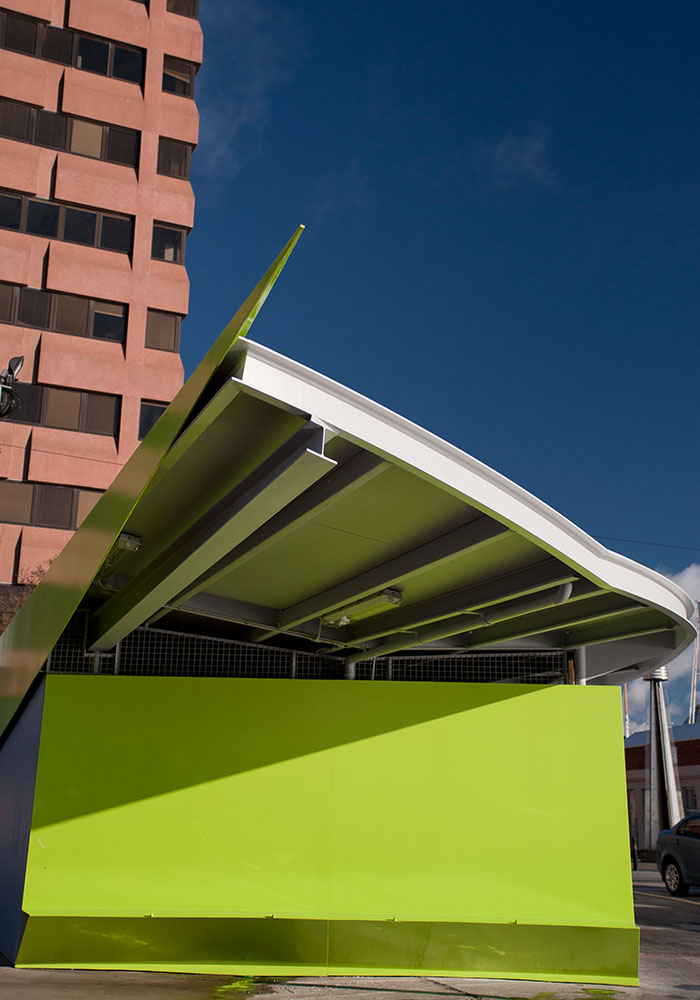 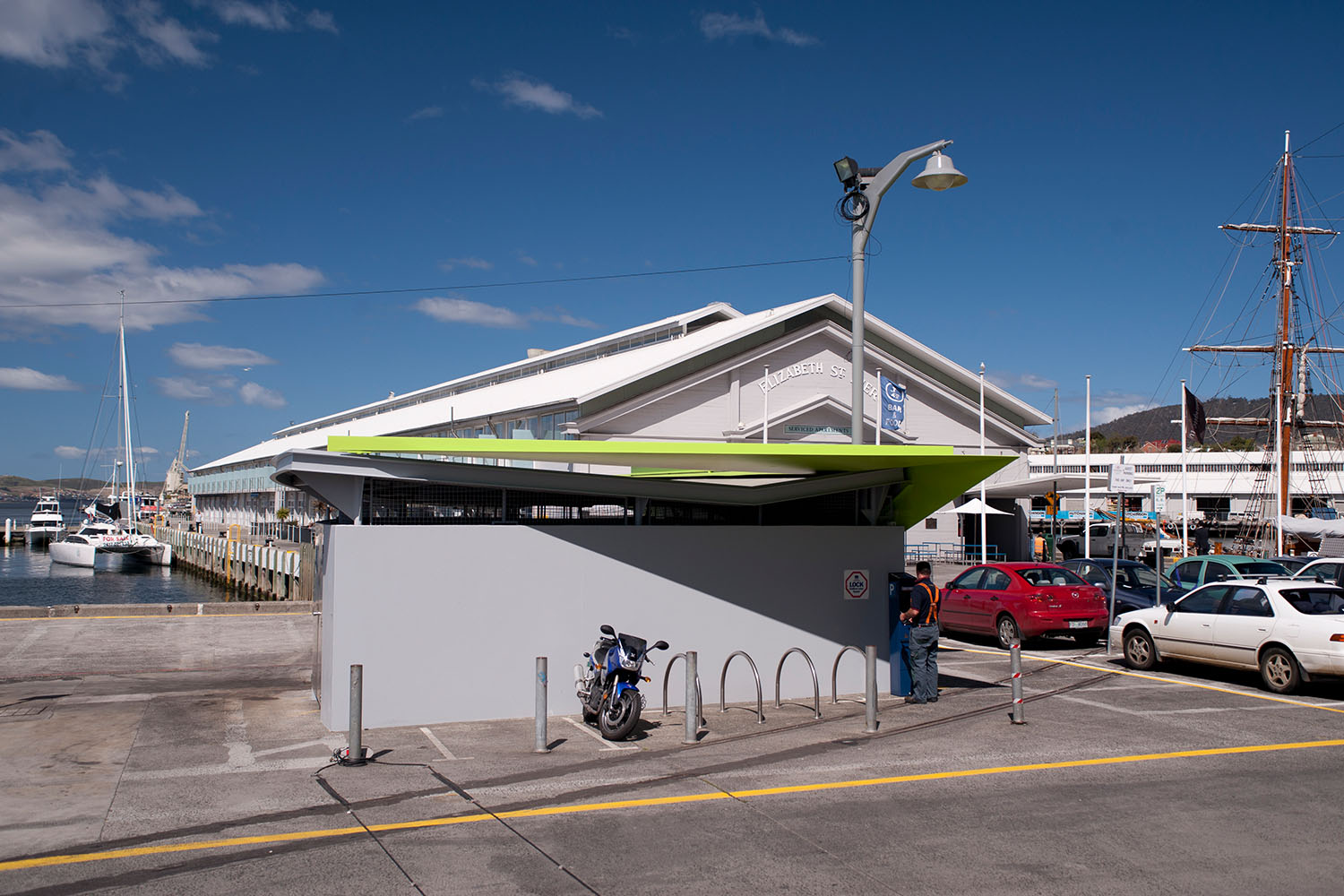 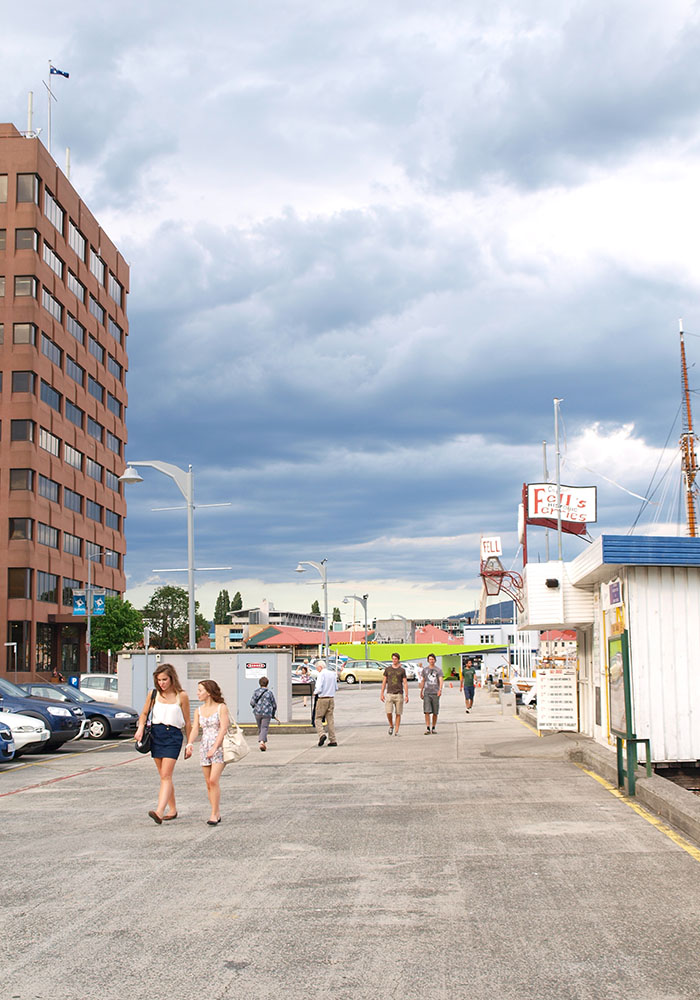 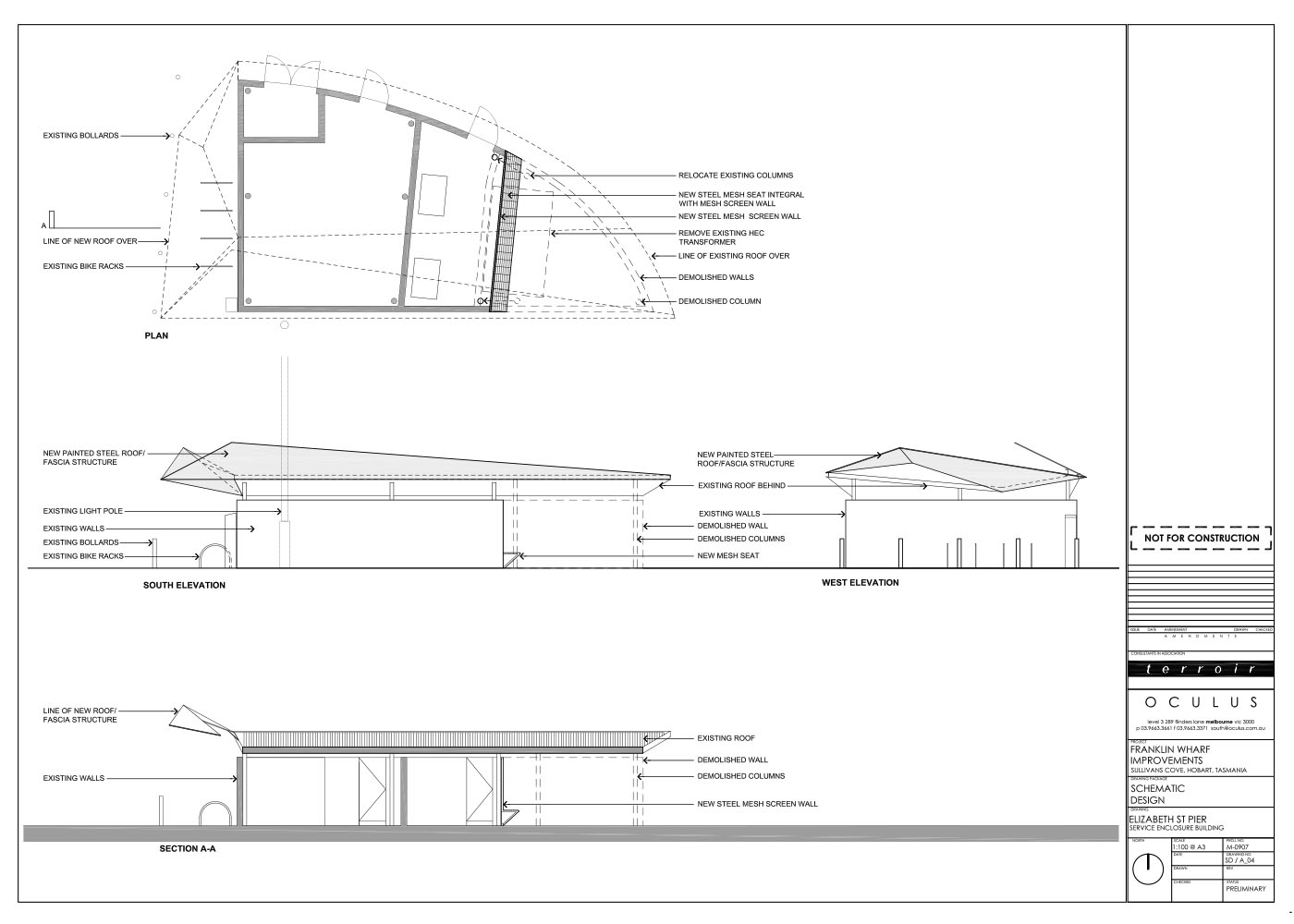 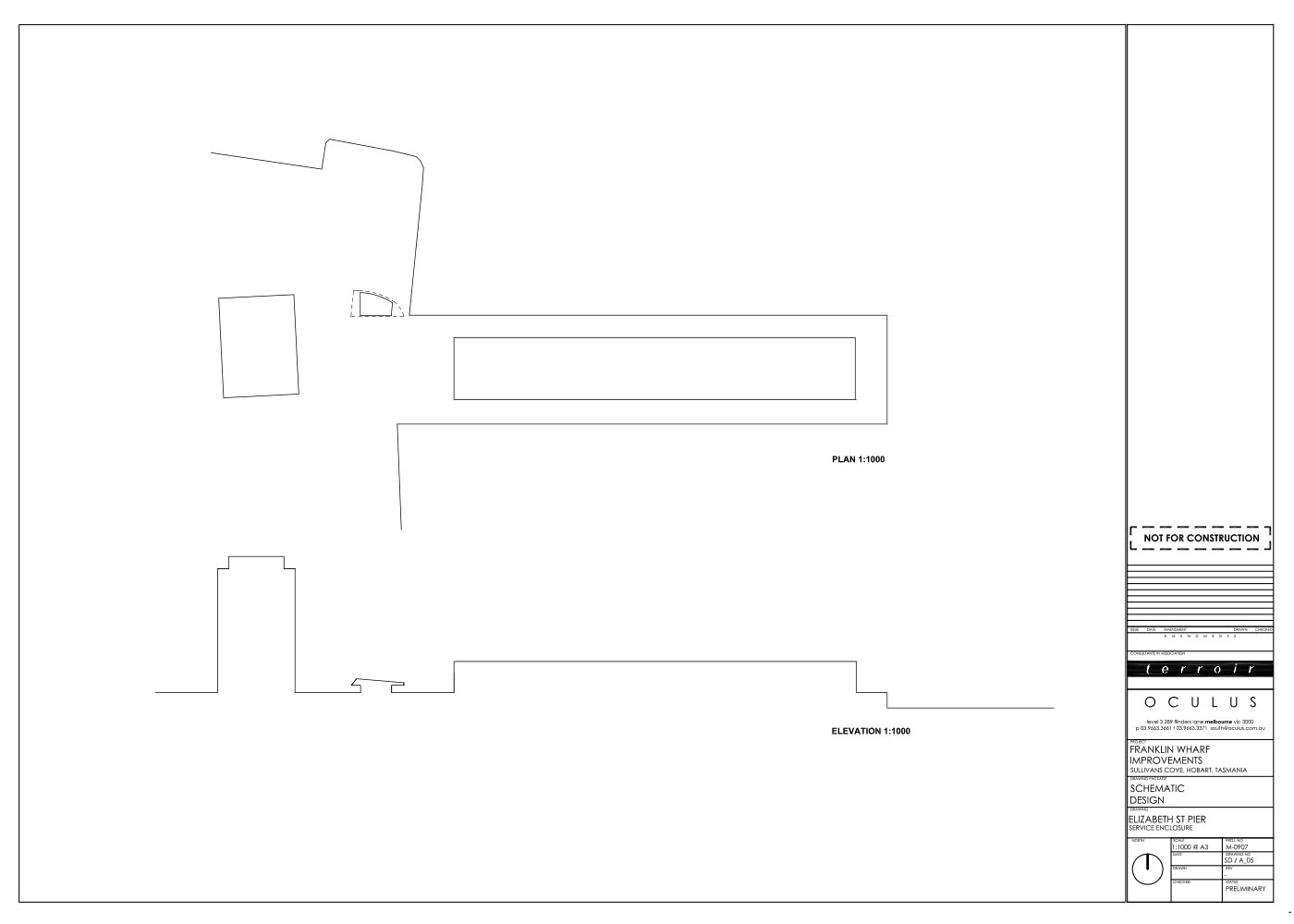 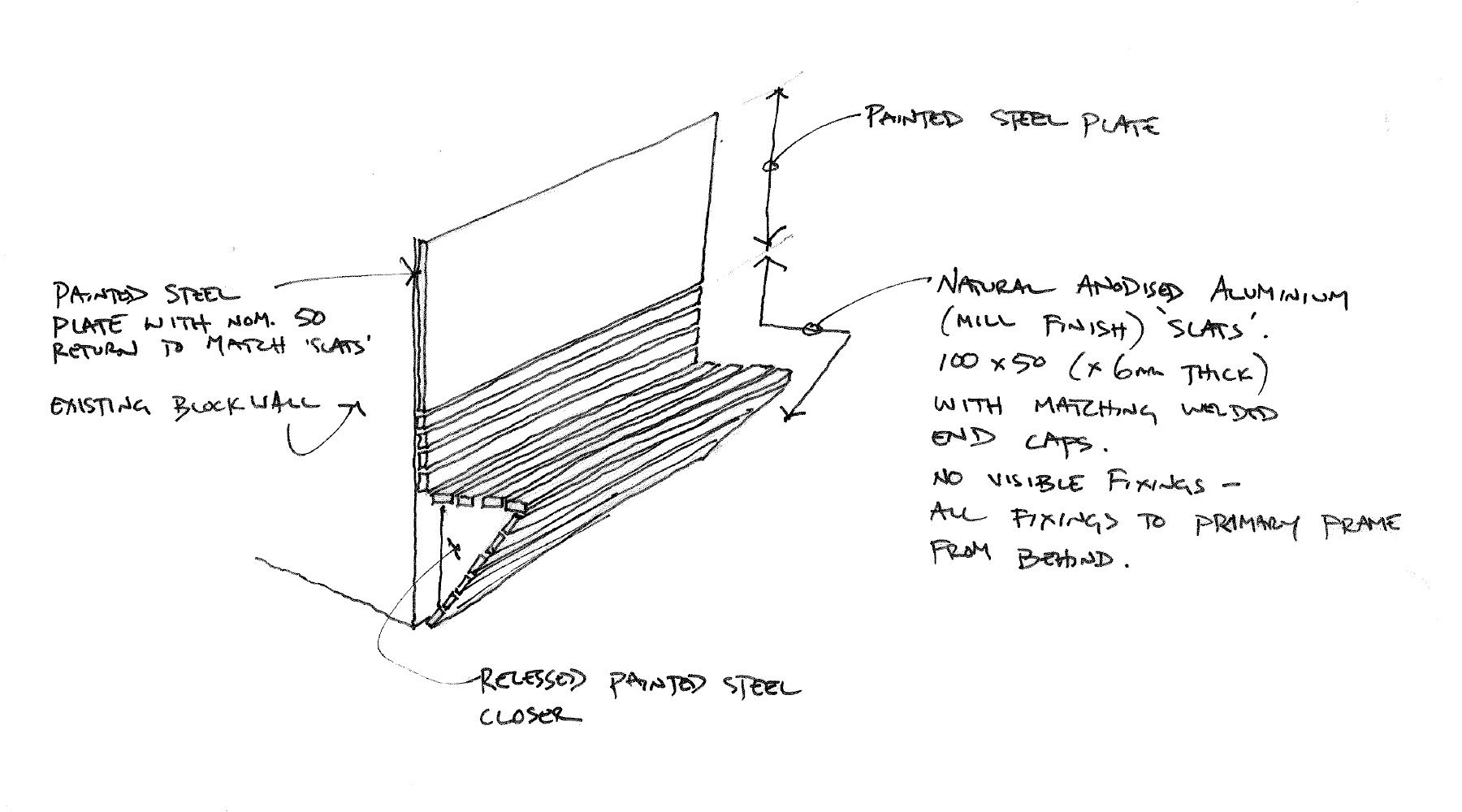 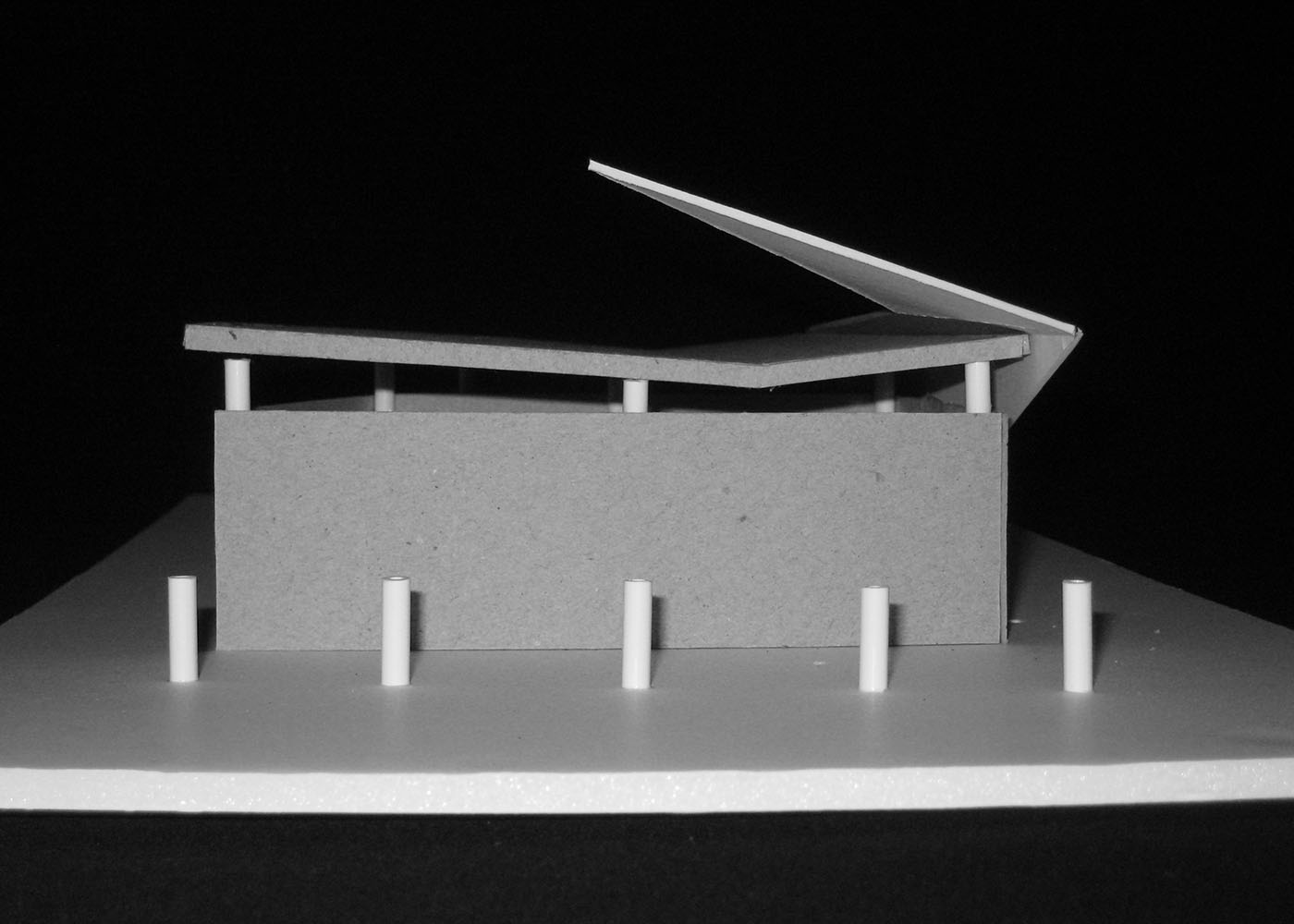 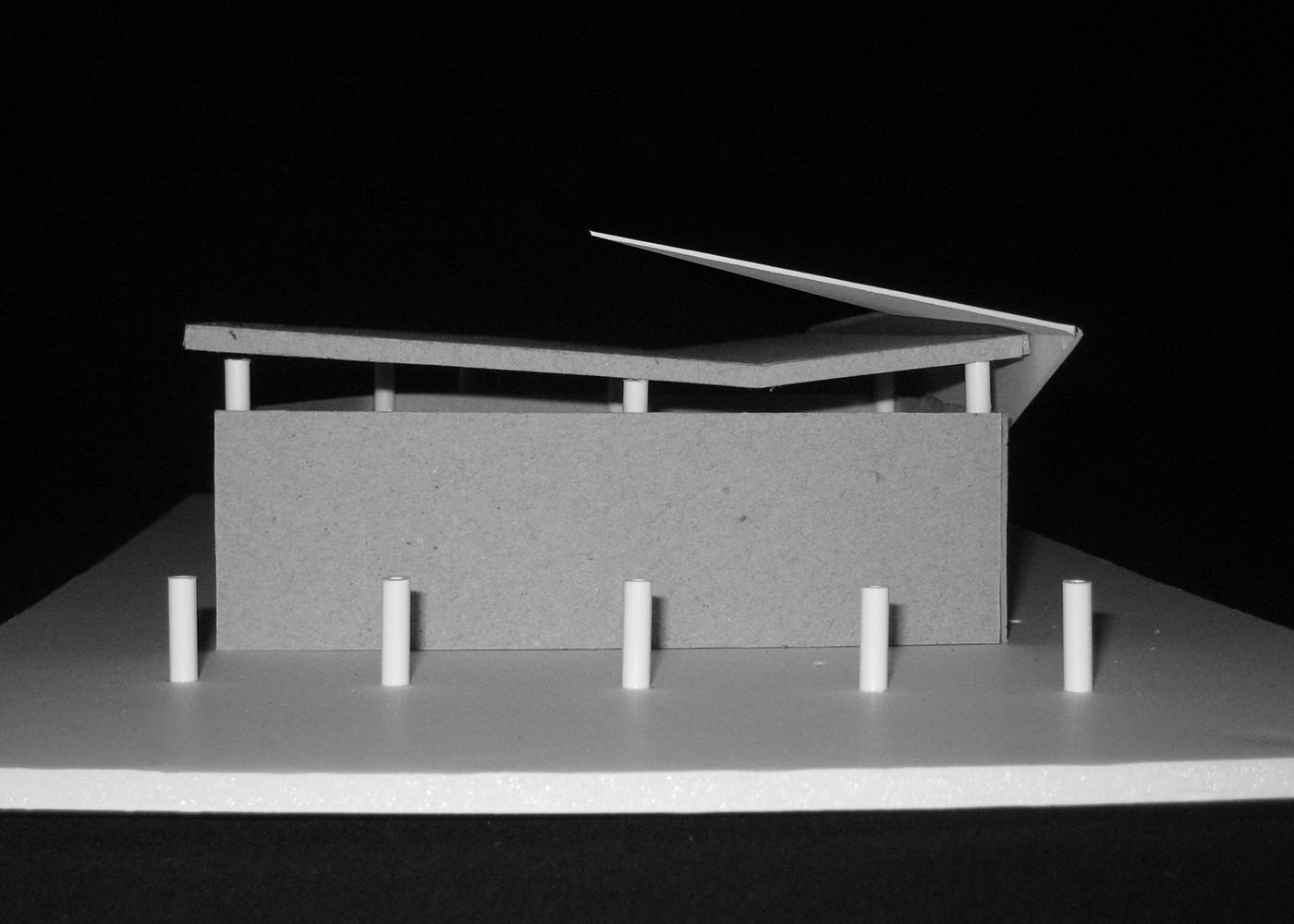 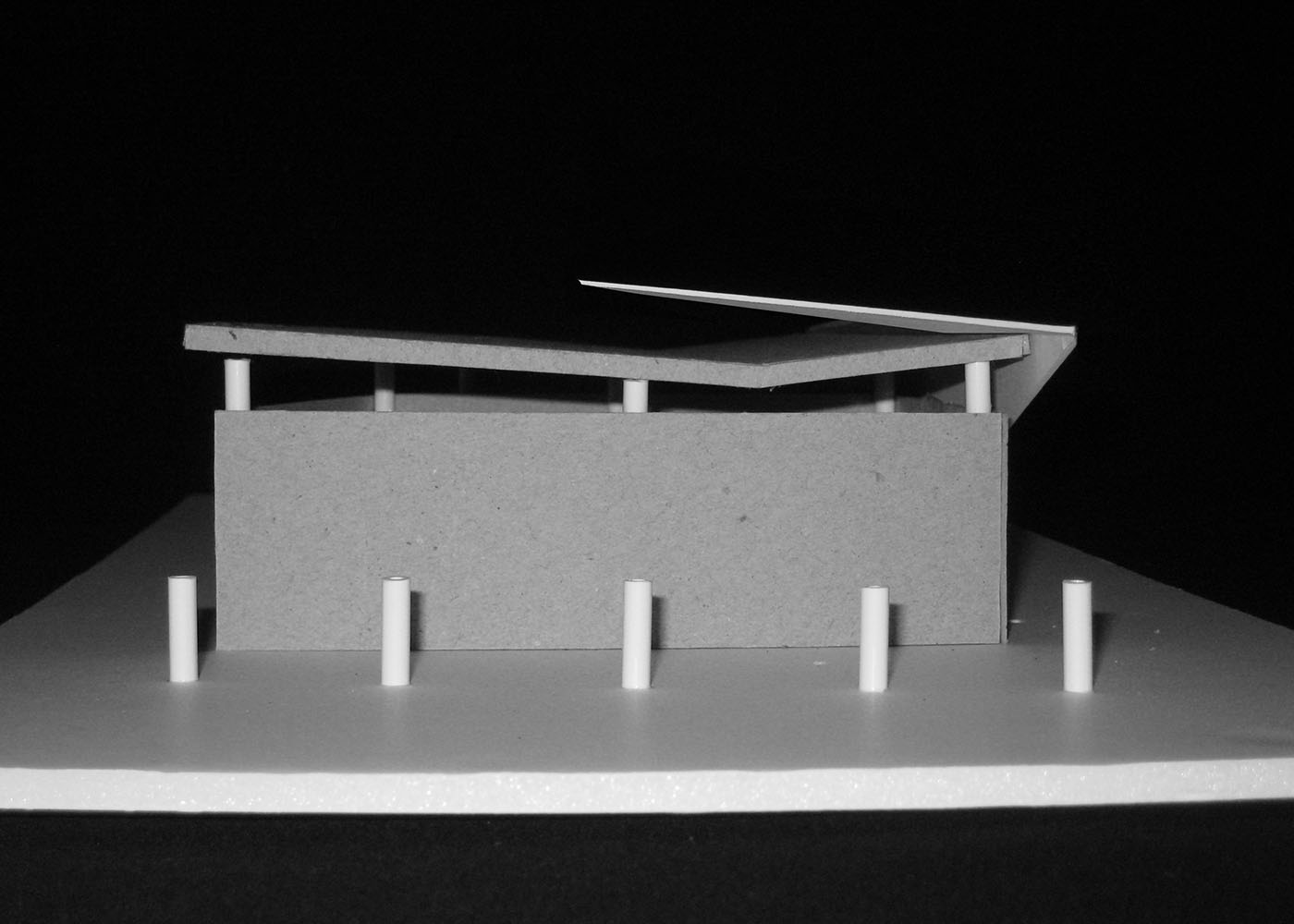 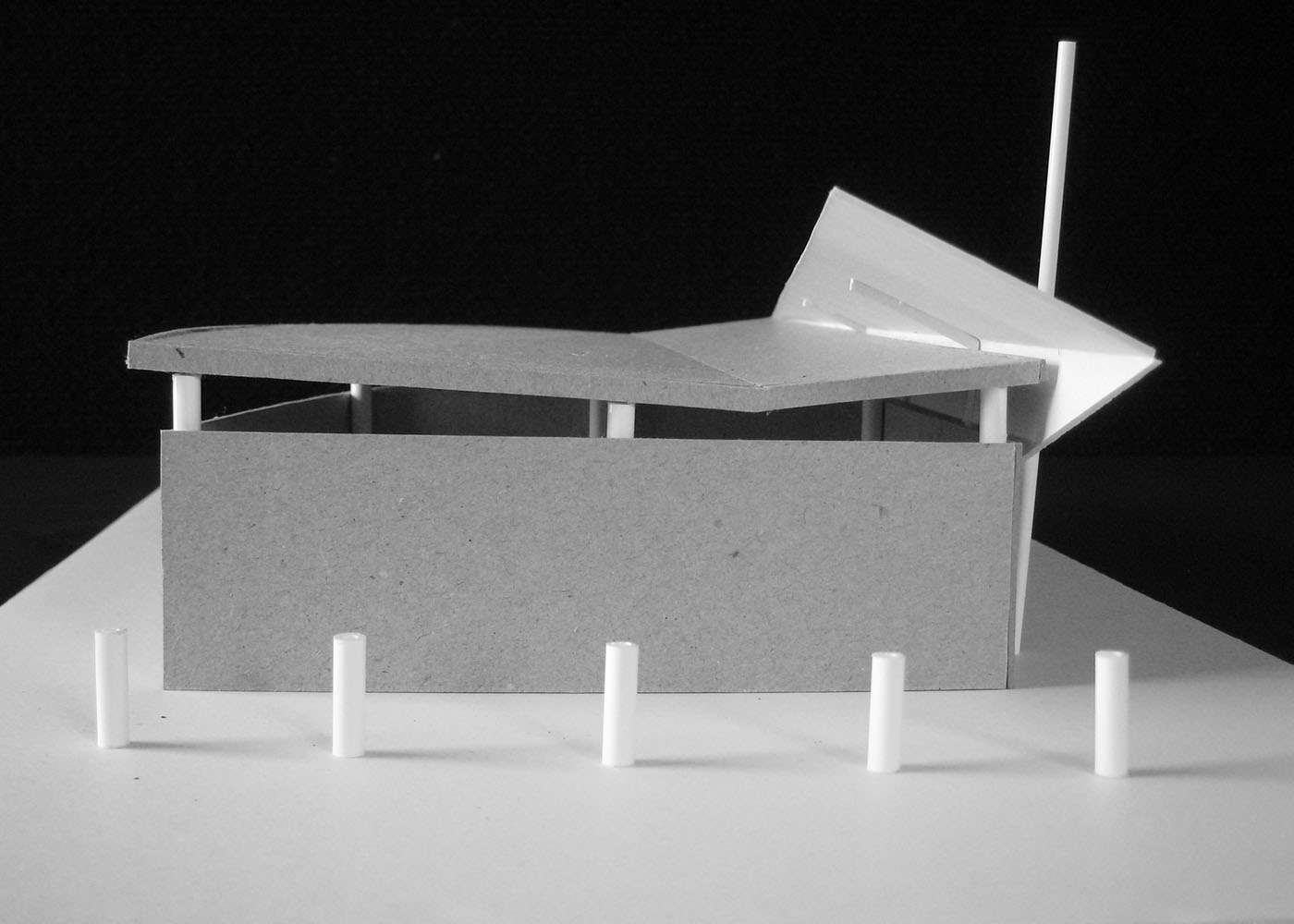 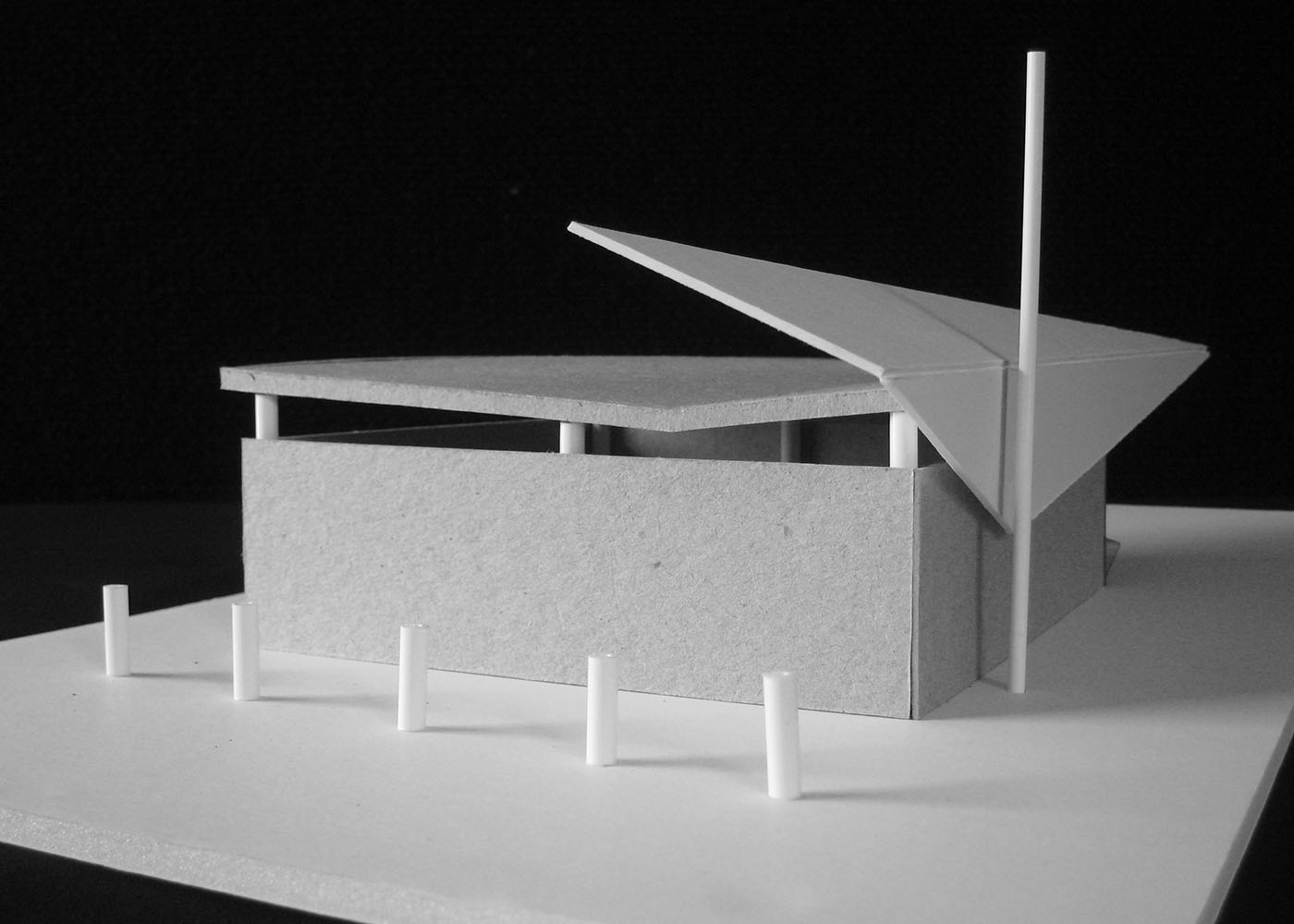 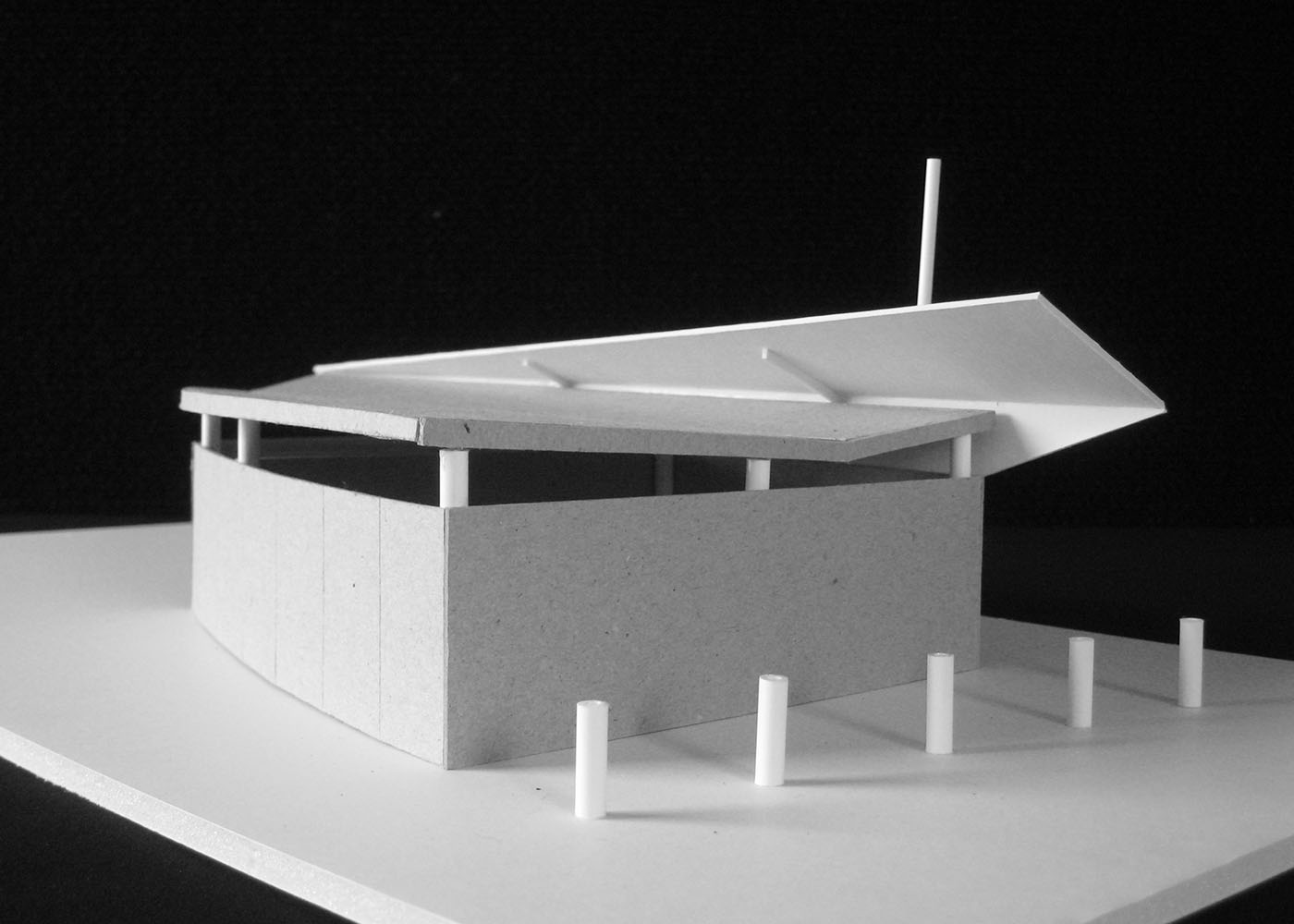 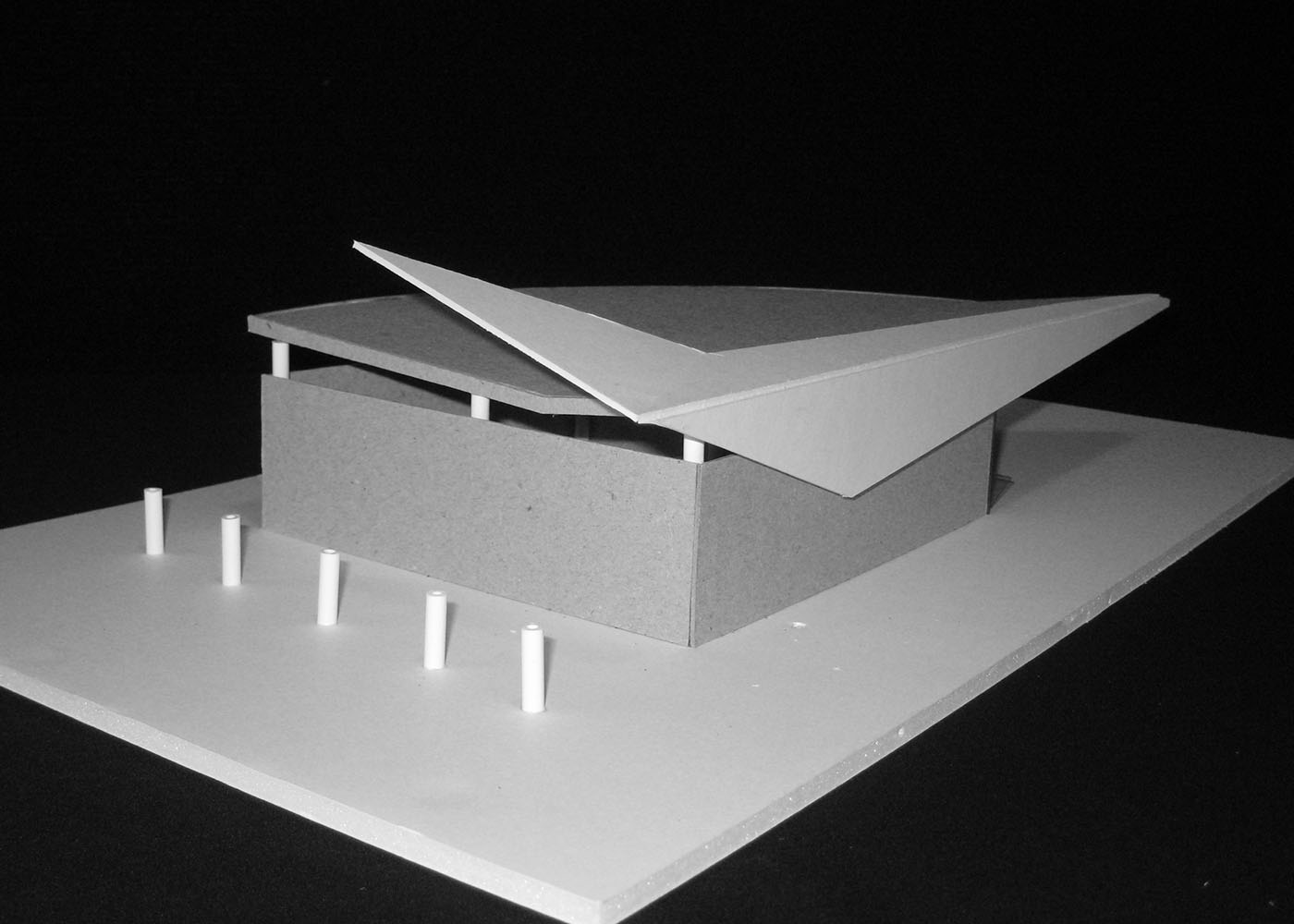 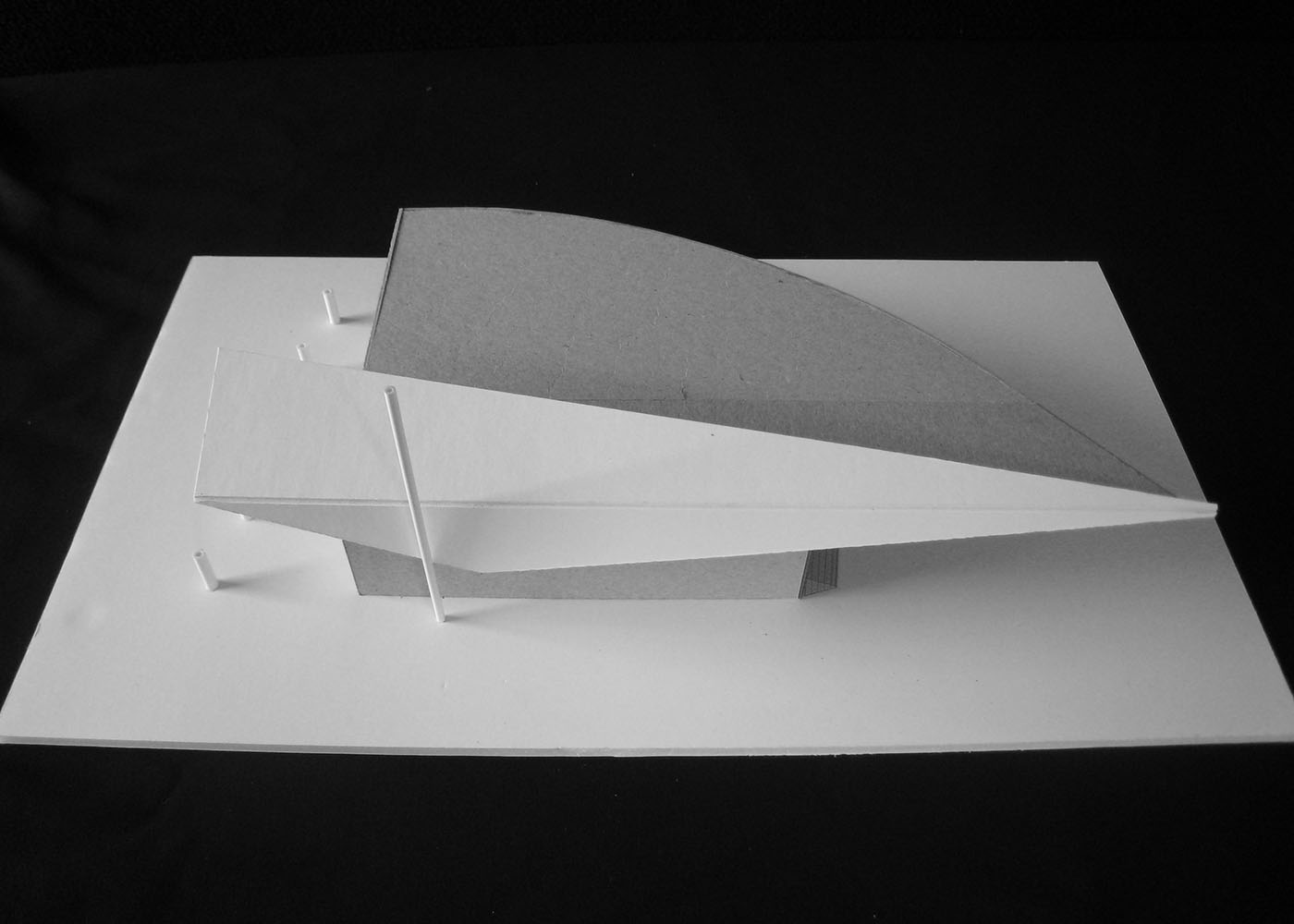 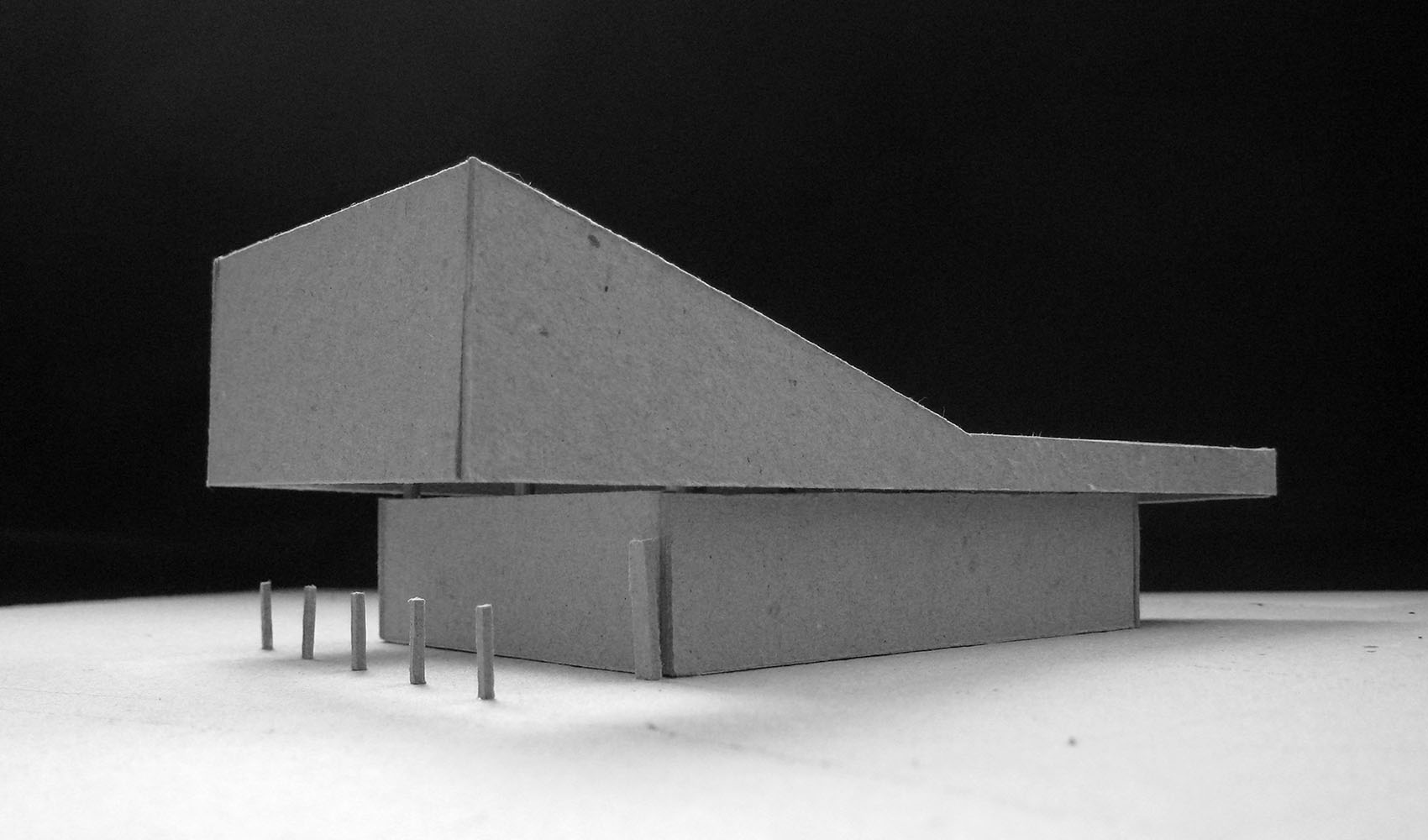 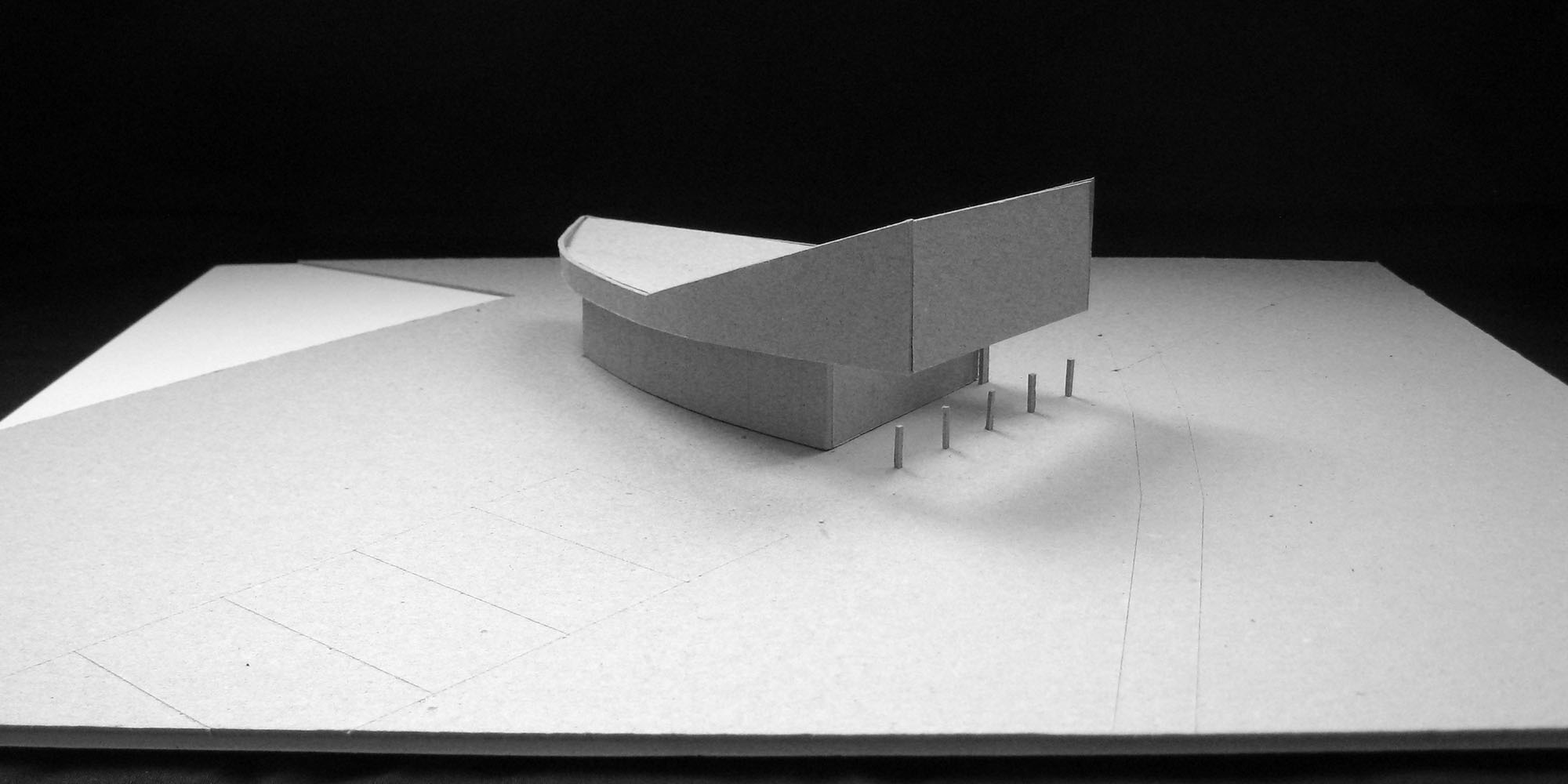 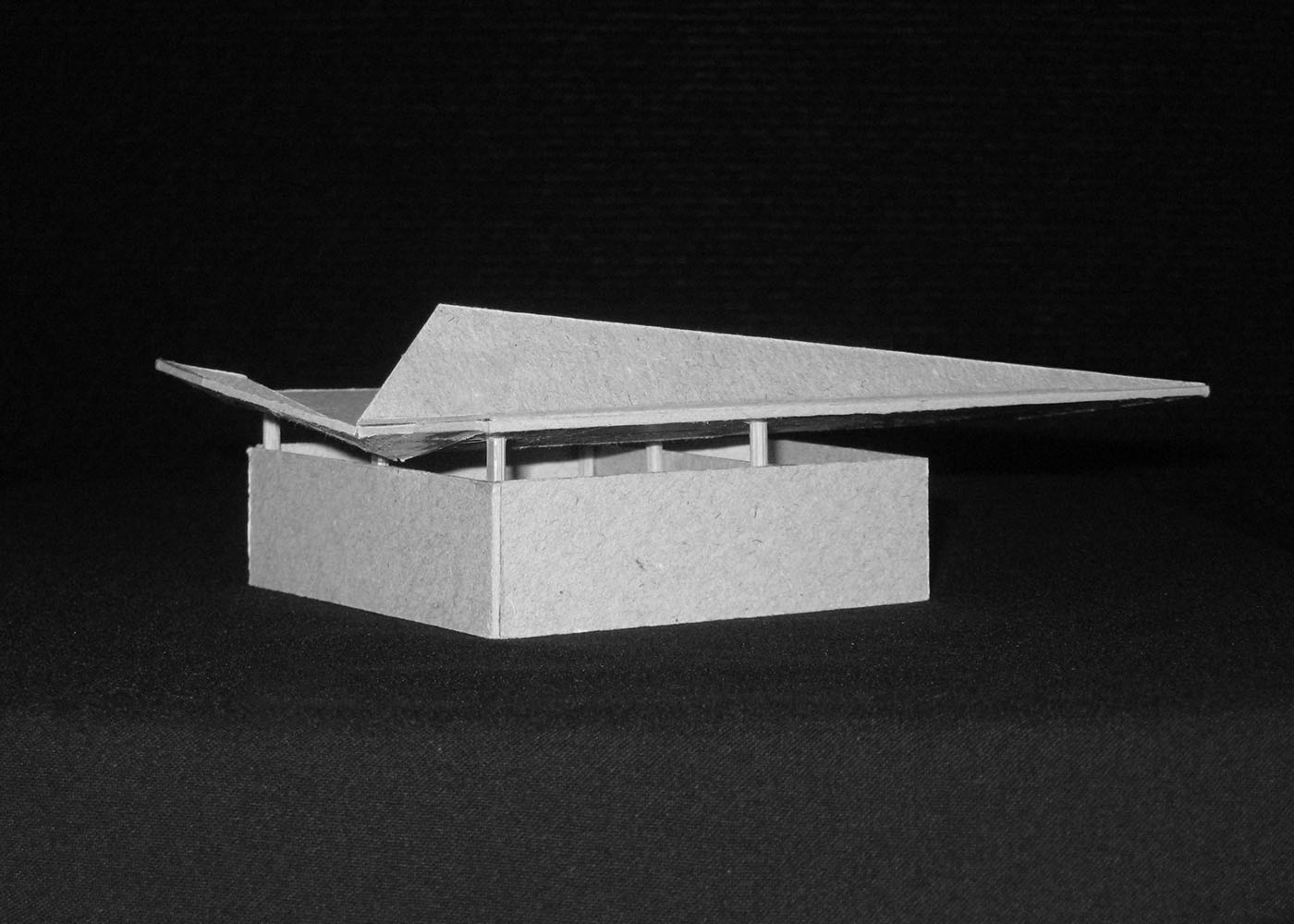 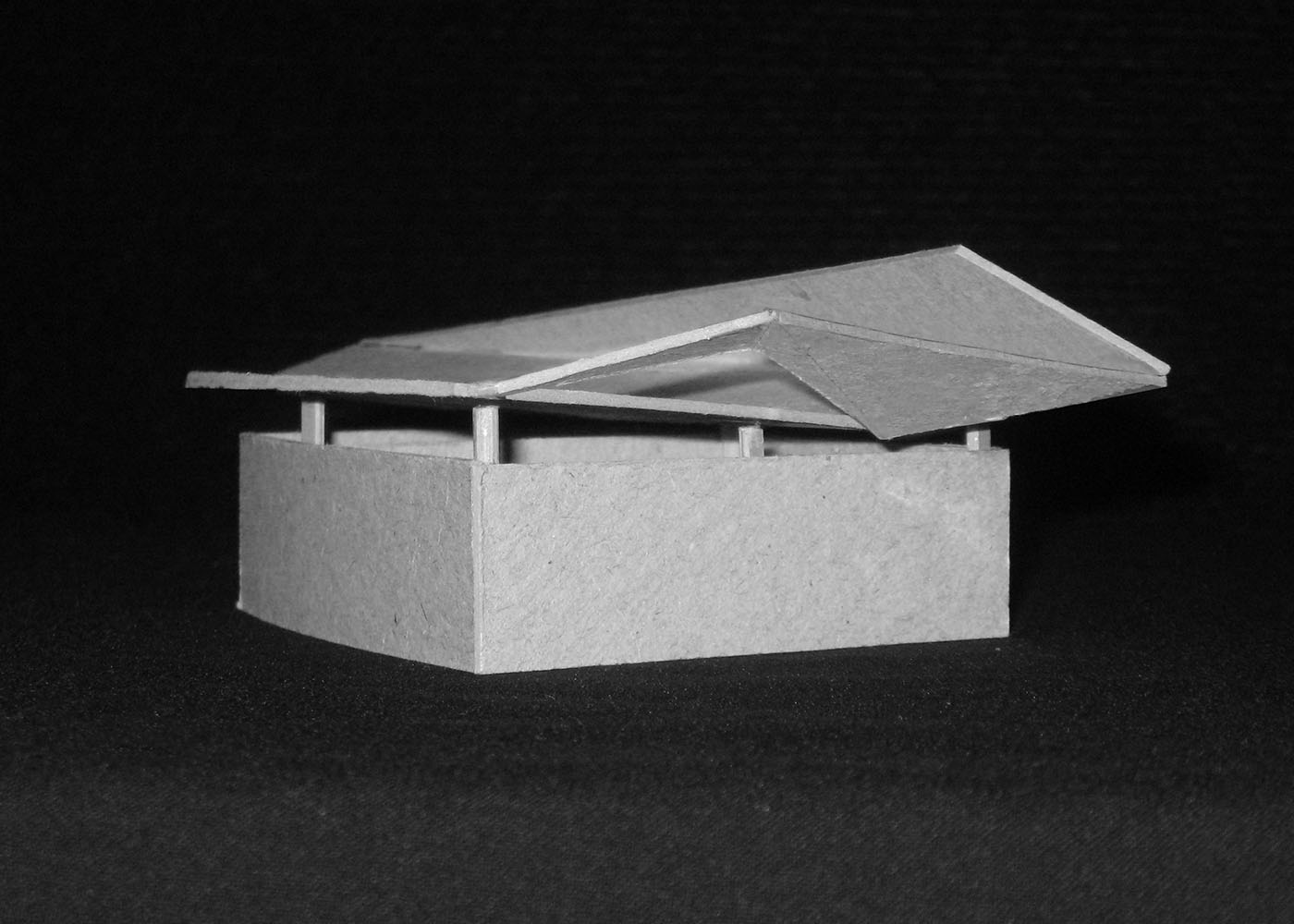 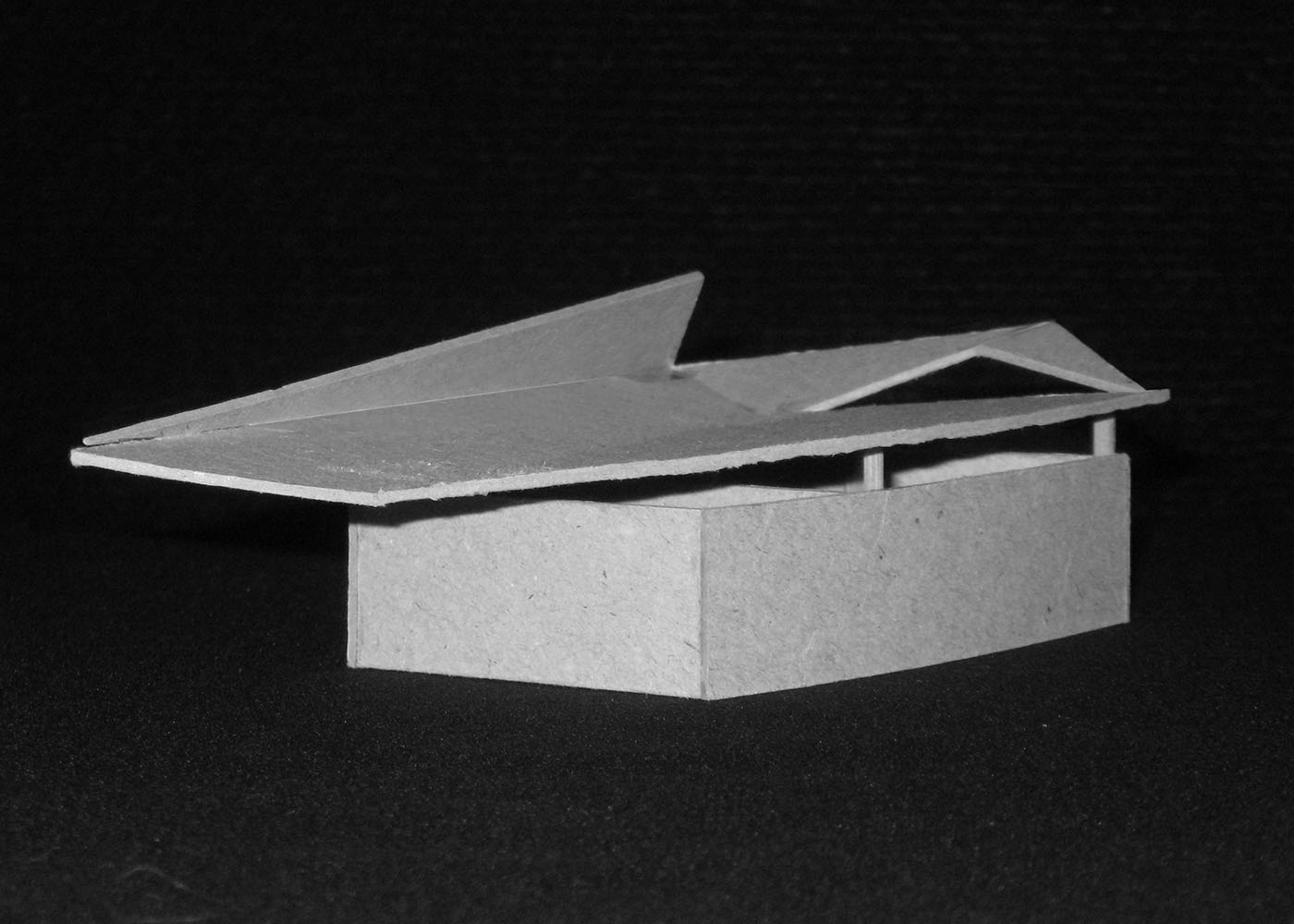