Forecourt at Institute of Marine and Antarctic Studies

The generous curtilage around the new Institute for Marine and Antarctic Studies (IMAS) – designed in collaboration with John Wardle Architects – opened up a new street edge, forecourt and the previously off-limits water’s edge. Even with a new building and surrounds, IMAS’ entry level was somewhat austere and its extent limited by the adjoining port authority boundary. In response, TERROIR developed a forecourt design consisting of two key interventions to invite a livelier form of engagement by the public.

the existing concrete apron resulted in a hostile environment for those visiting the building, while at the same time being fundamental to the quality of the place – not just here but across the entire Sullivans Cove in Hobart of which this site is part.  The two new elements – triangular prisms and large seat-bollards – were combined to create a new set of spaces and experiences without imposing a material or formal repertoire from elsewhere.  The prisms literally pry open the apron while the bollards are simply inflated versions of those along the water’s edge. 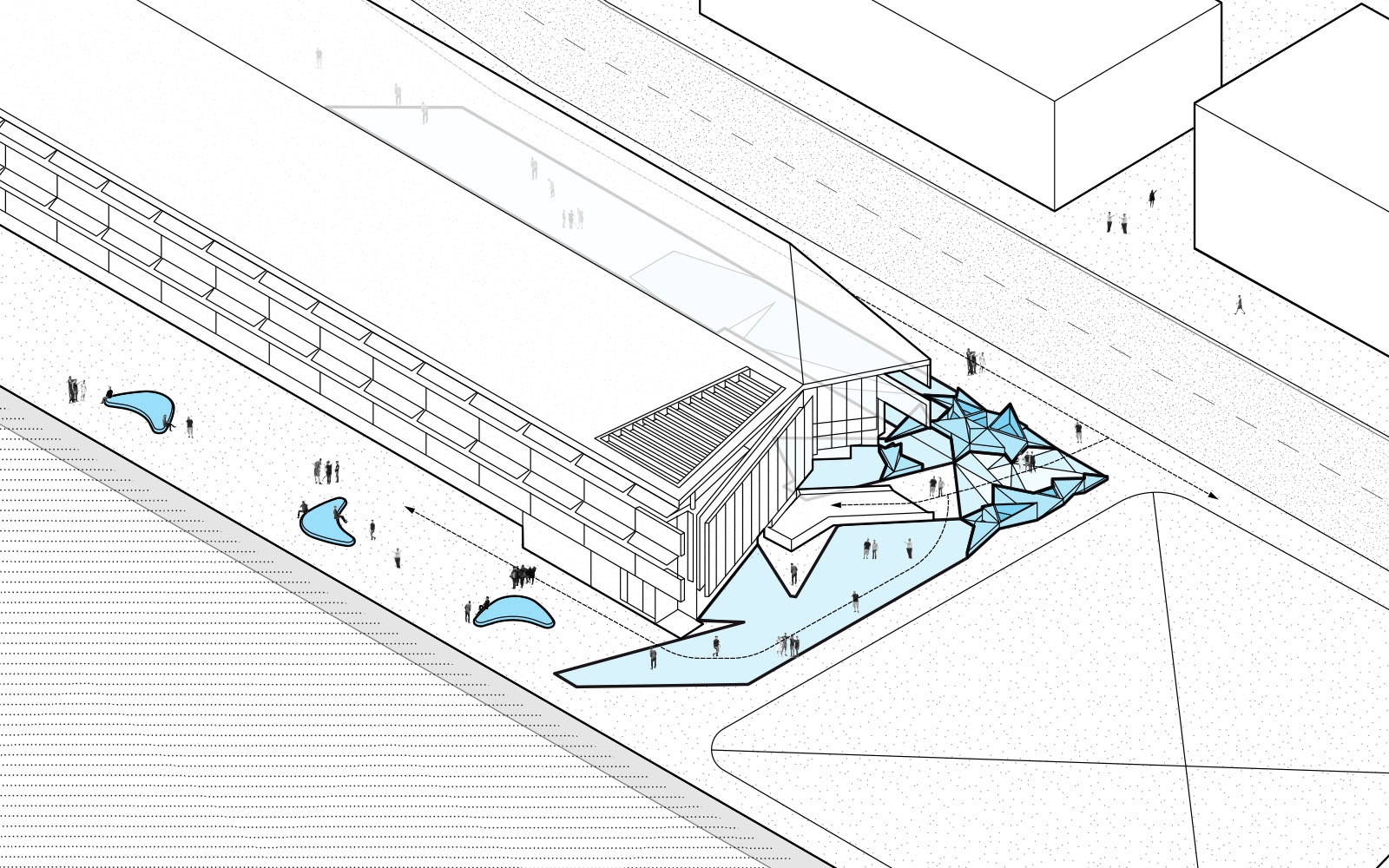 The question was how to improve the quality of the existing place, without diverting from its core material and spatial qualities. At the same time, there were two distinct comments in play, even if currently they consisted of the same material – the concrete apron. At the street-facing forecourt, a cluster of triangular concrete prisms were installed as both an entry marker and public seating arrangement. These were interspersed with miniature planted landscapes which offered an intriguing counterpoint to the context of the Antarctic, for which the building is named and used. To its east, the wharf’s austere concrete apron is furnished with a series of curved, oblong seating structures that create abstraction yet also contain a public invitation. Their lyrical form is based on a supersized version of the wharf bollard found elsewhere in the area. Both these bollards, and the planters at the street, make connections with the two places – Hobart wharf and Antarctica – connected through the researchers in the building adjacent. 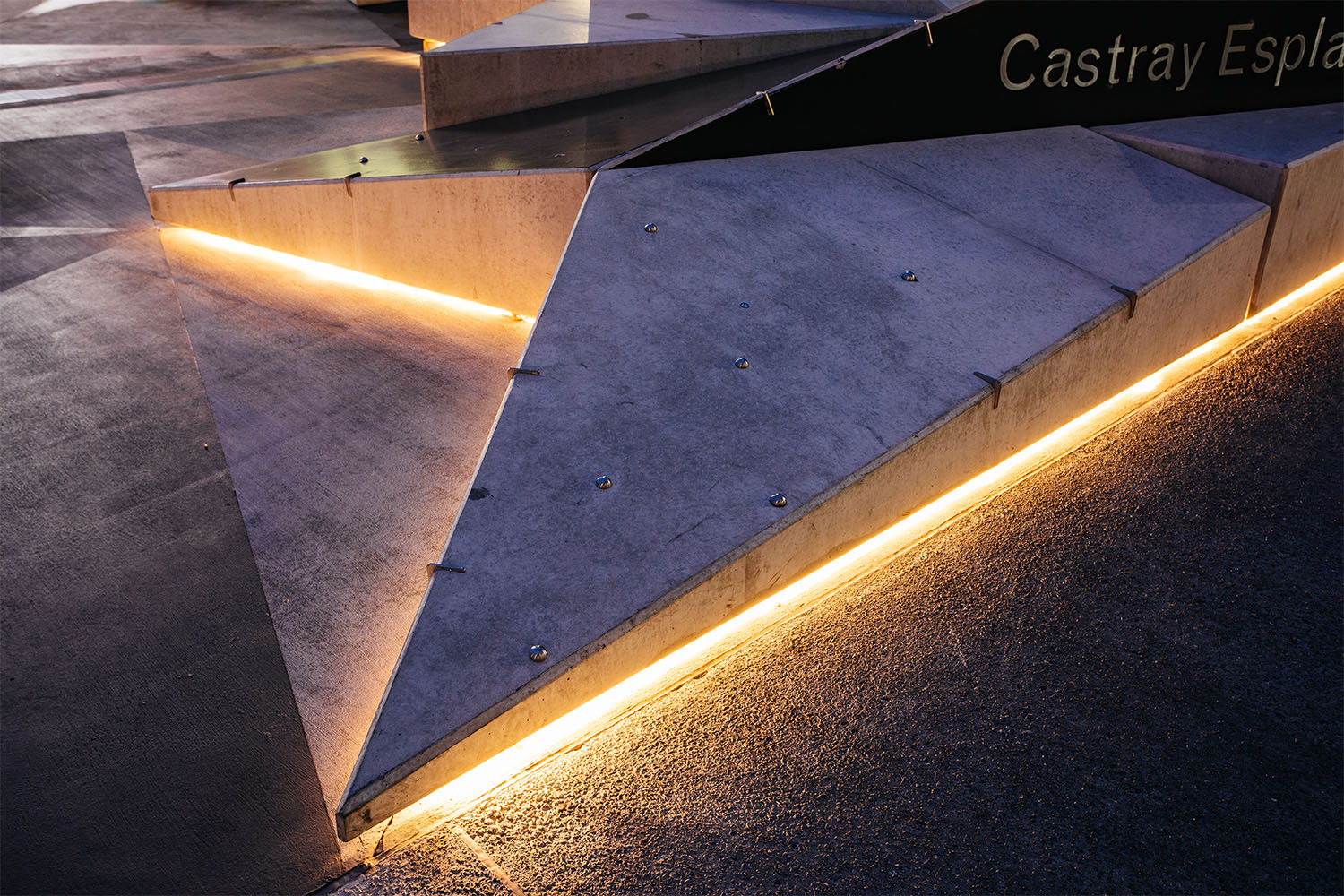 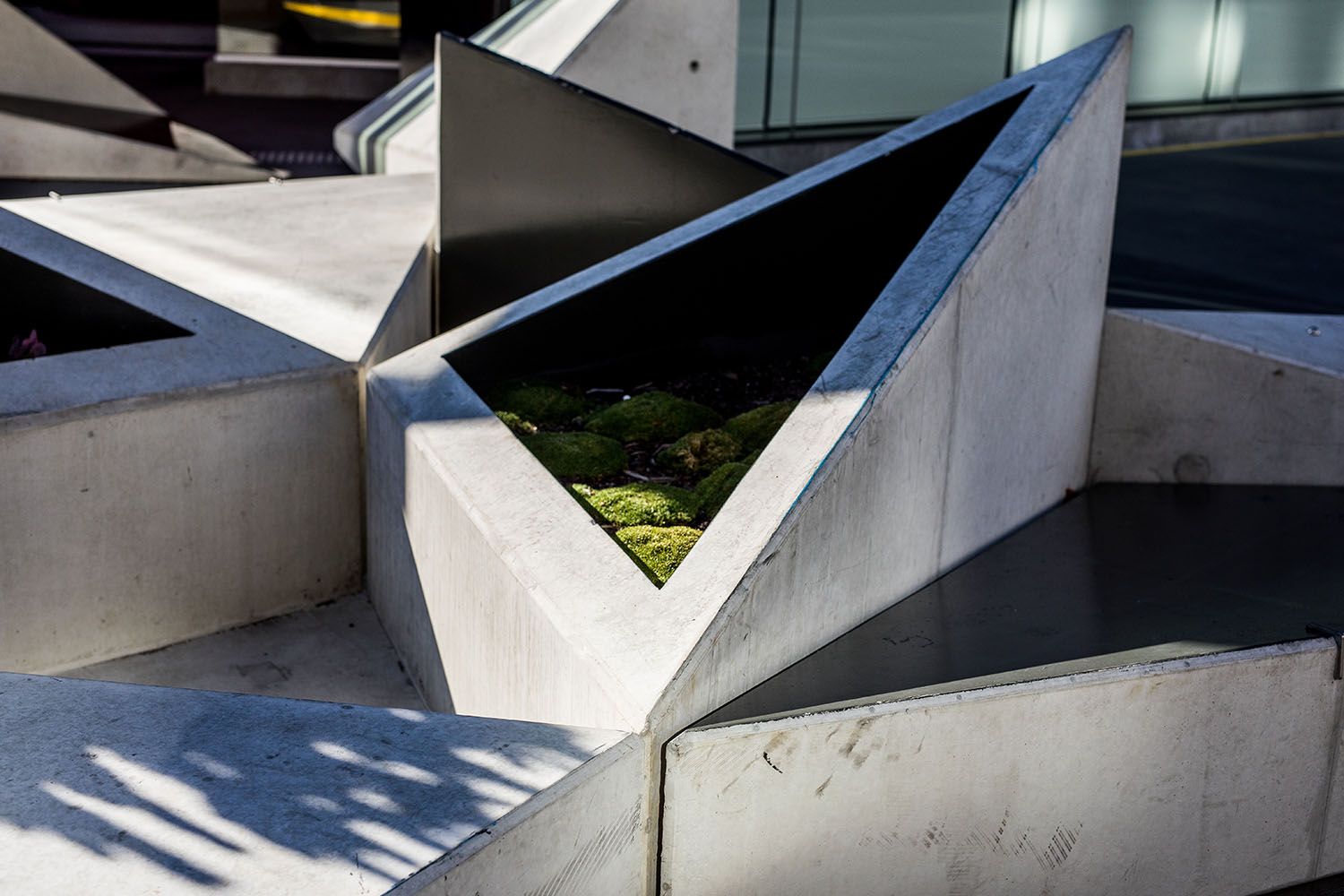 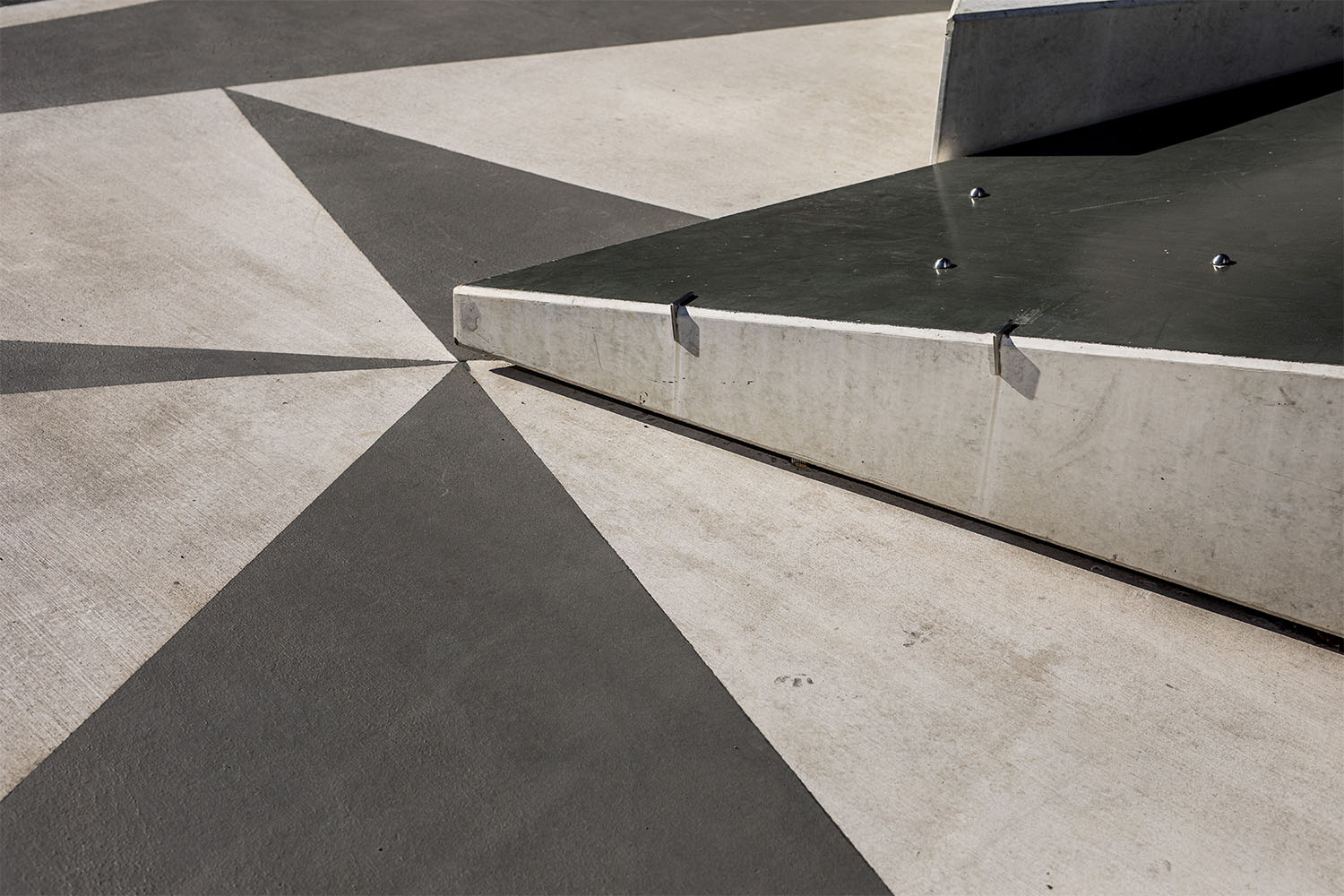 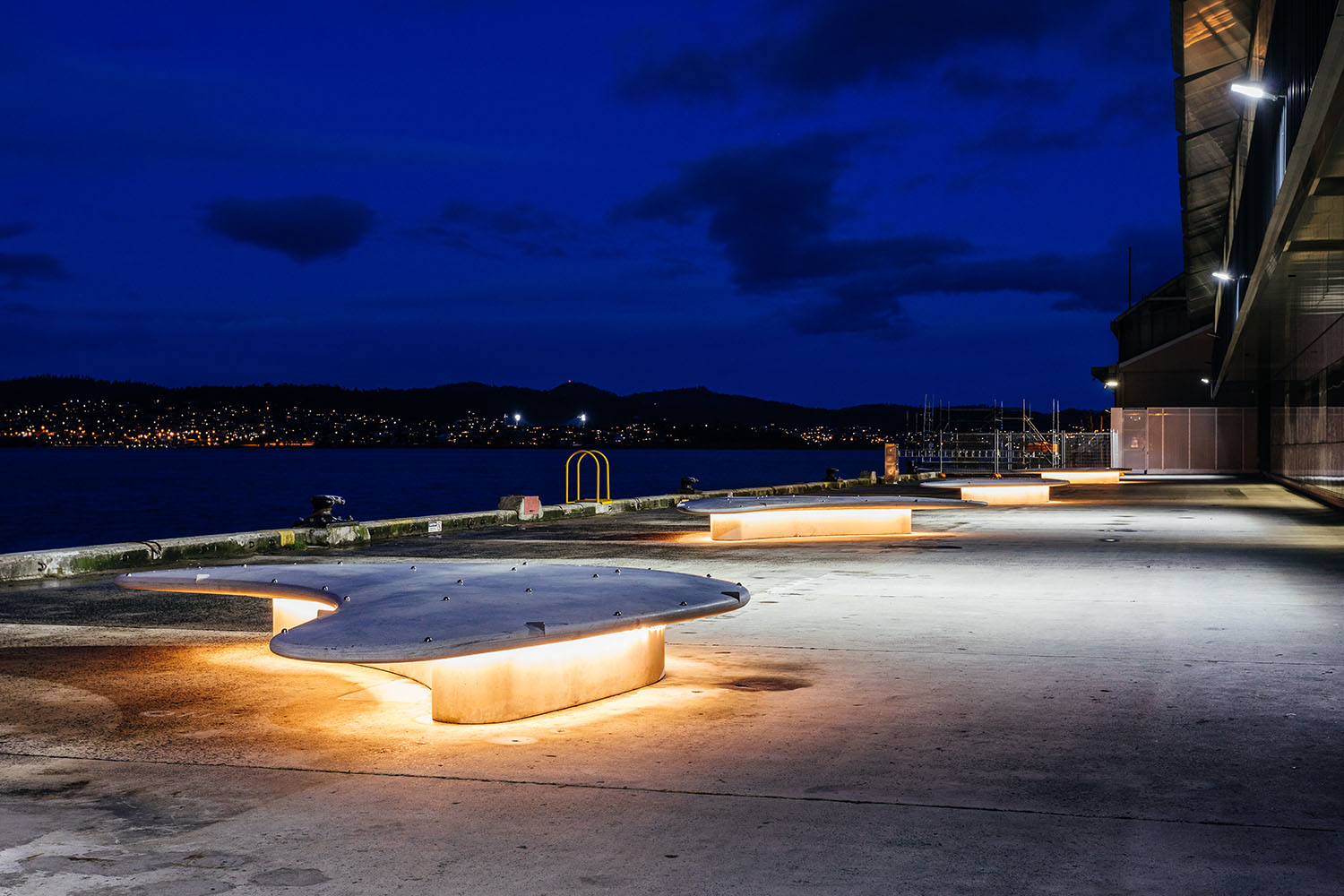 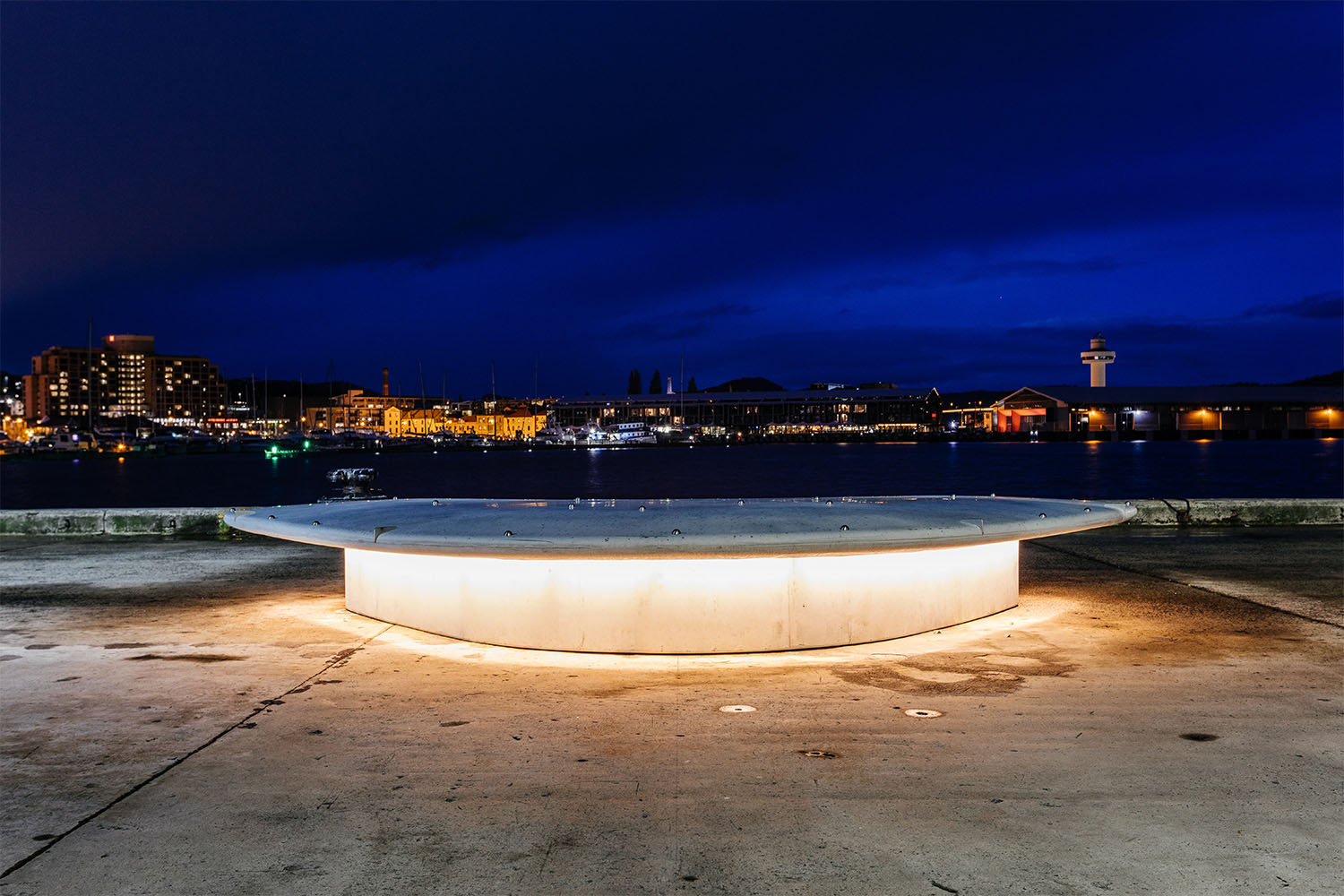 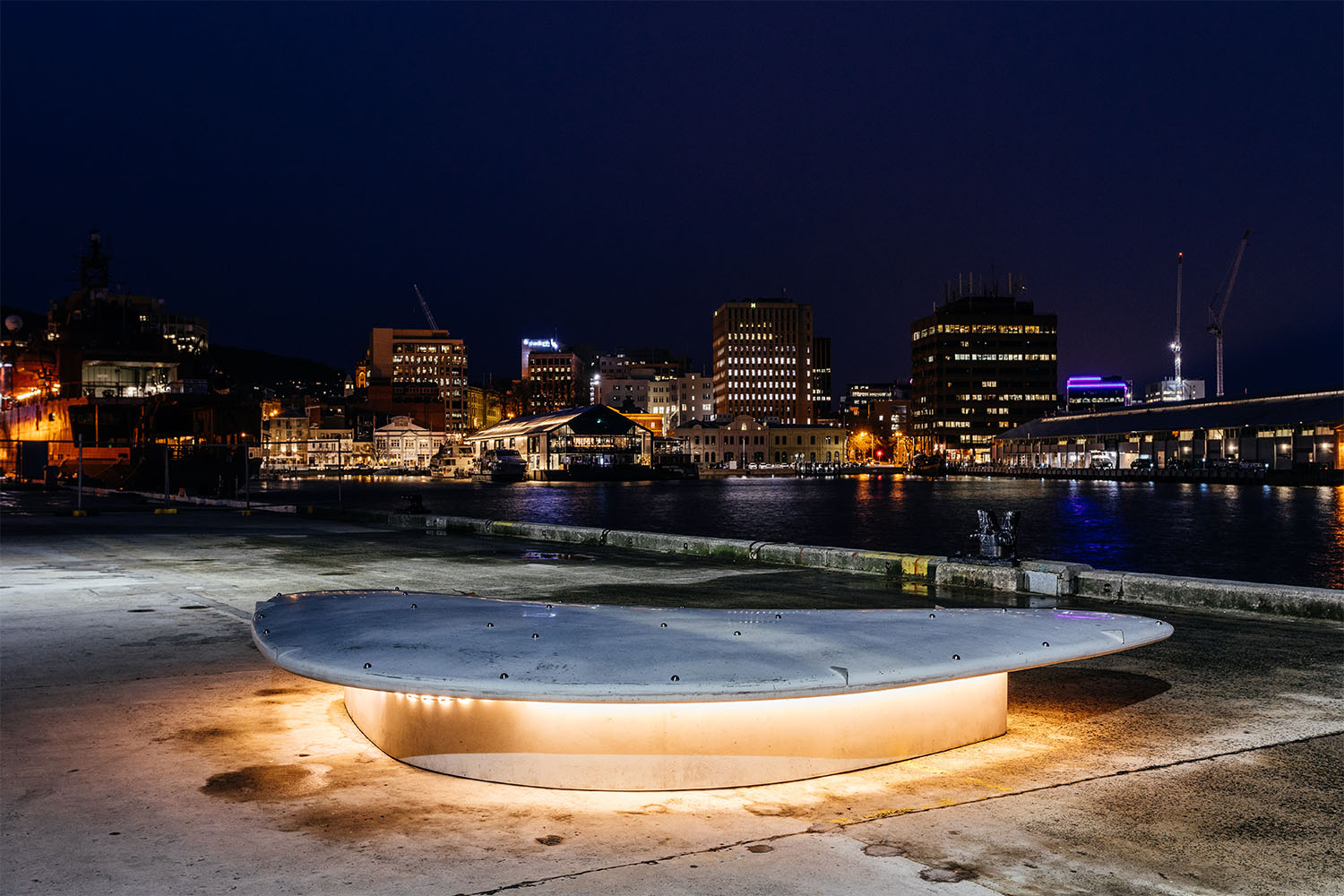 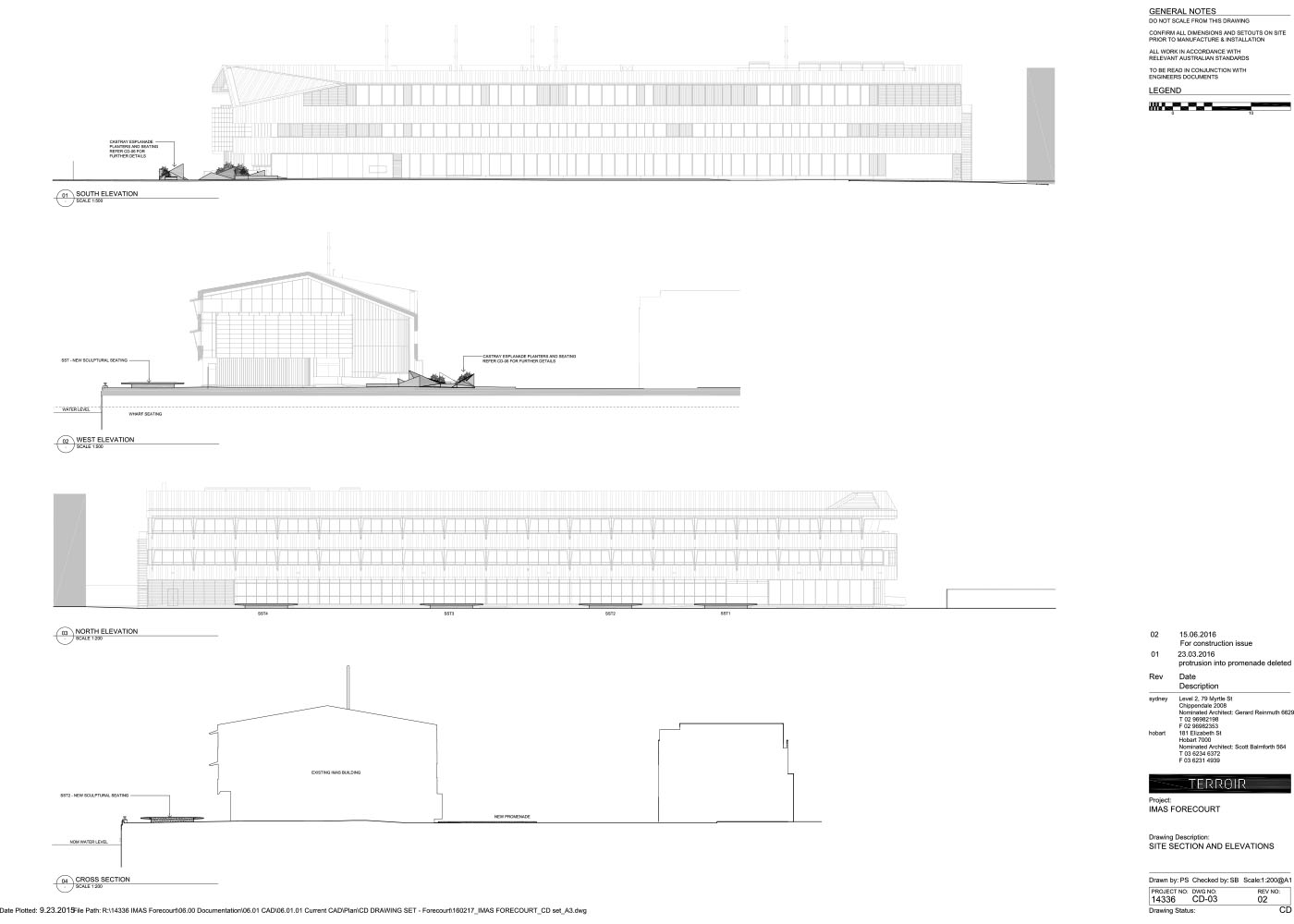 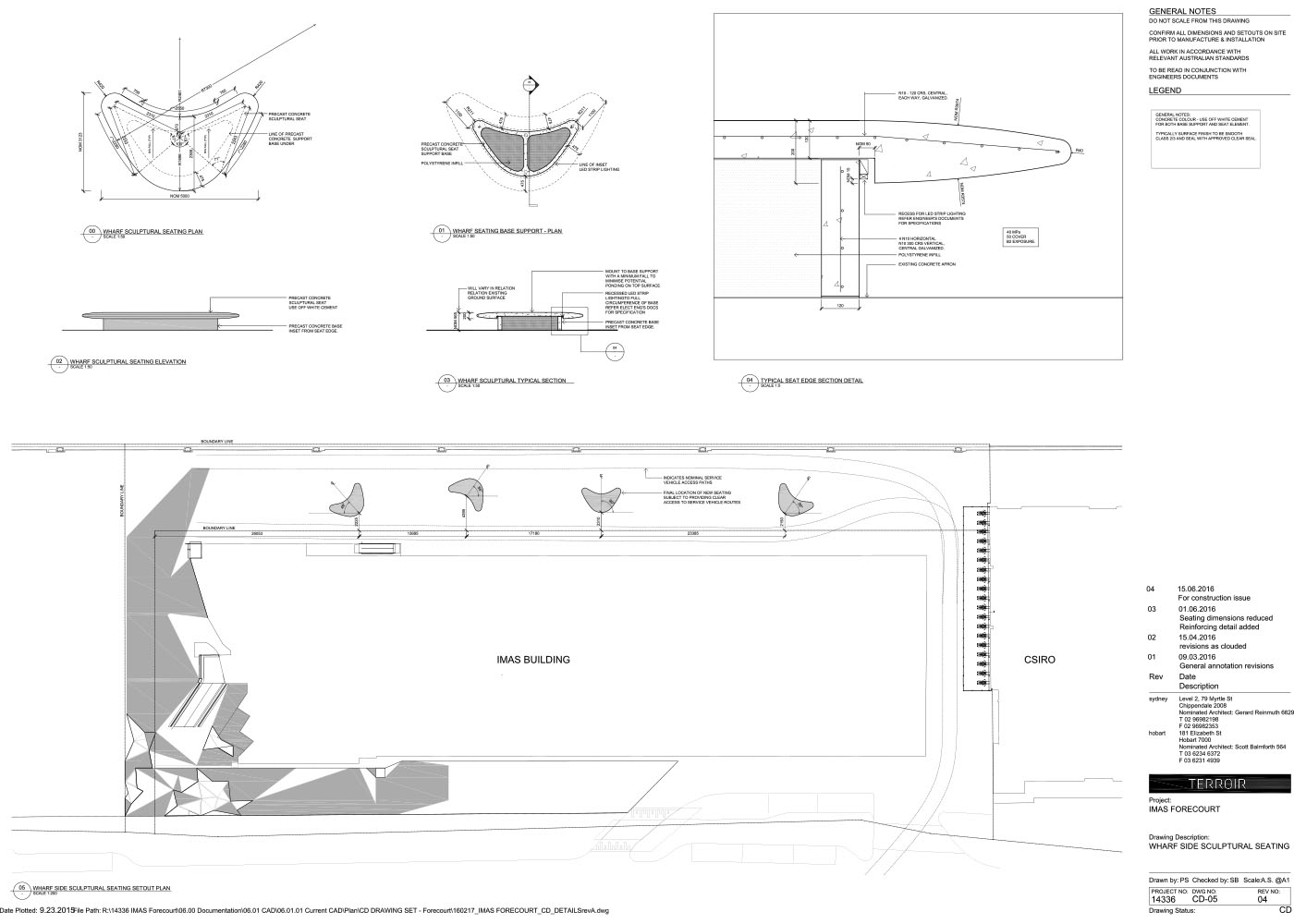 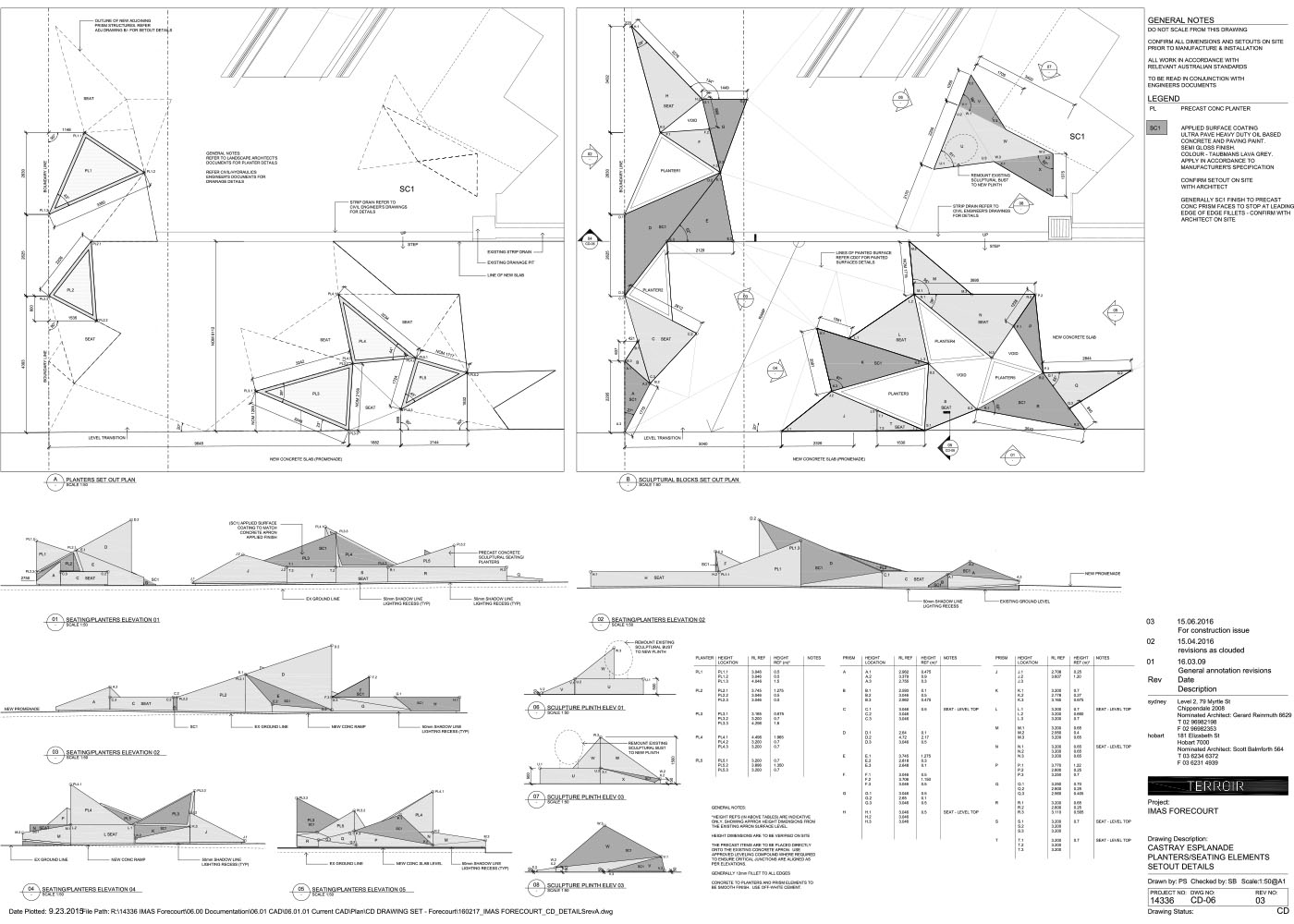 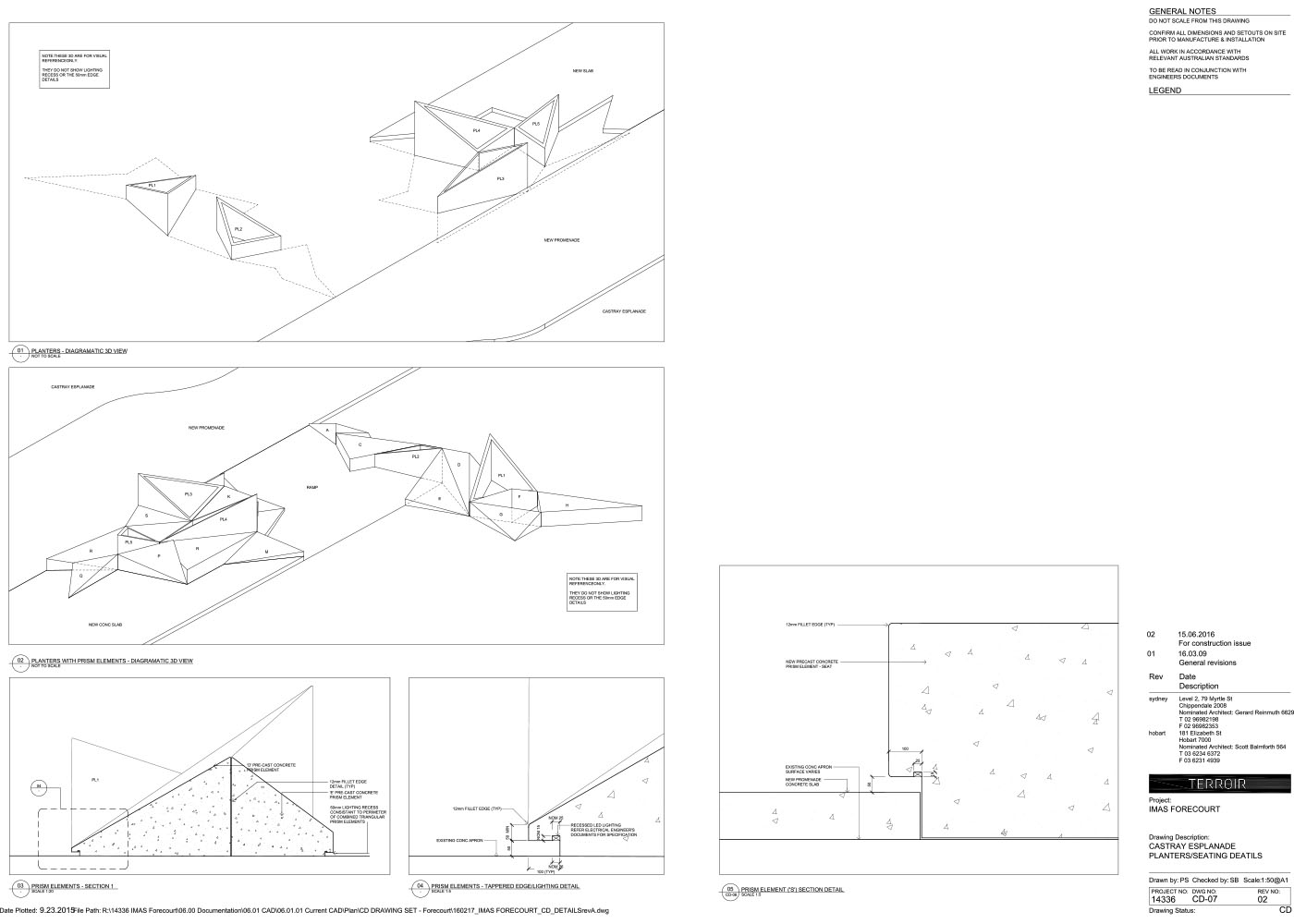 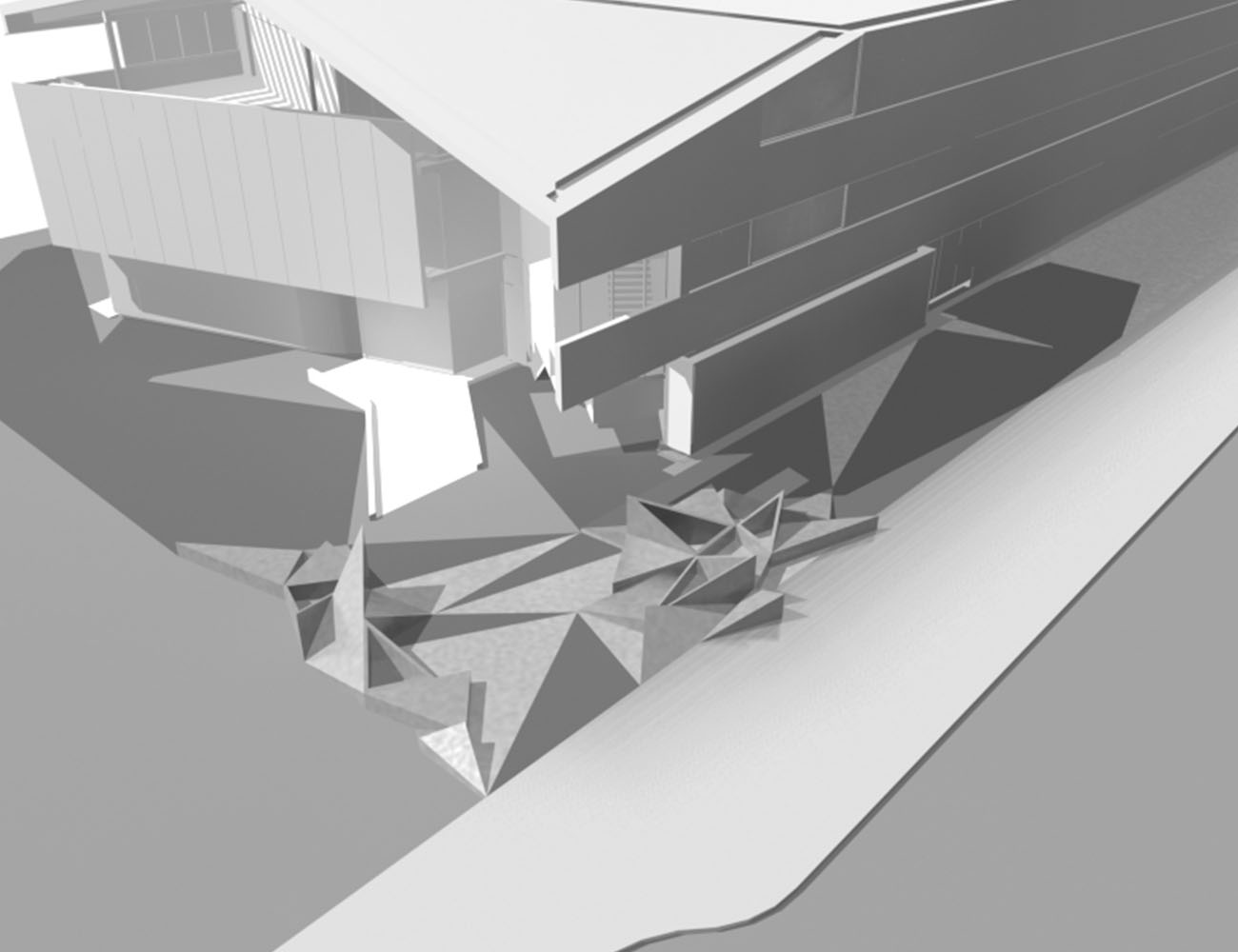 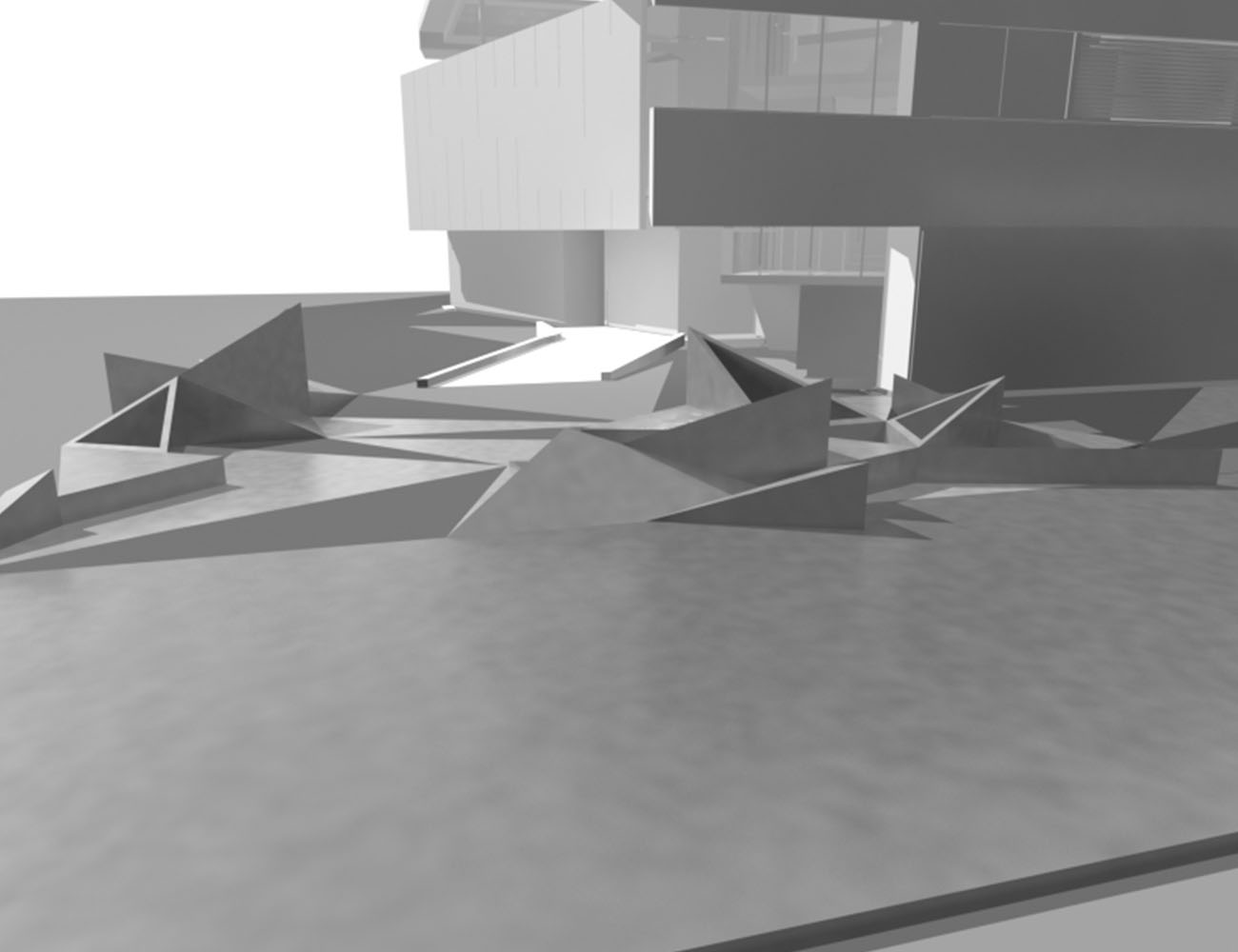 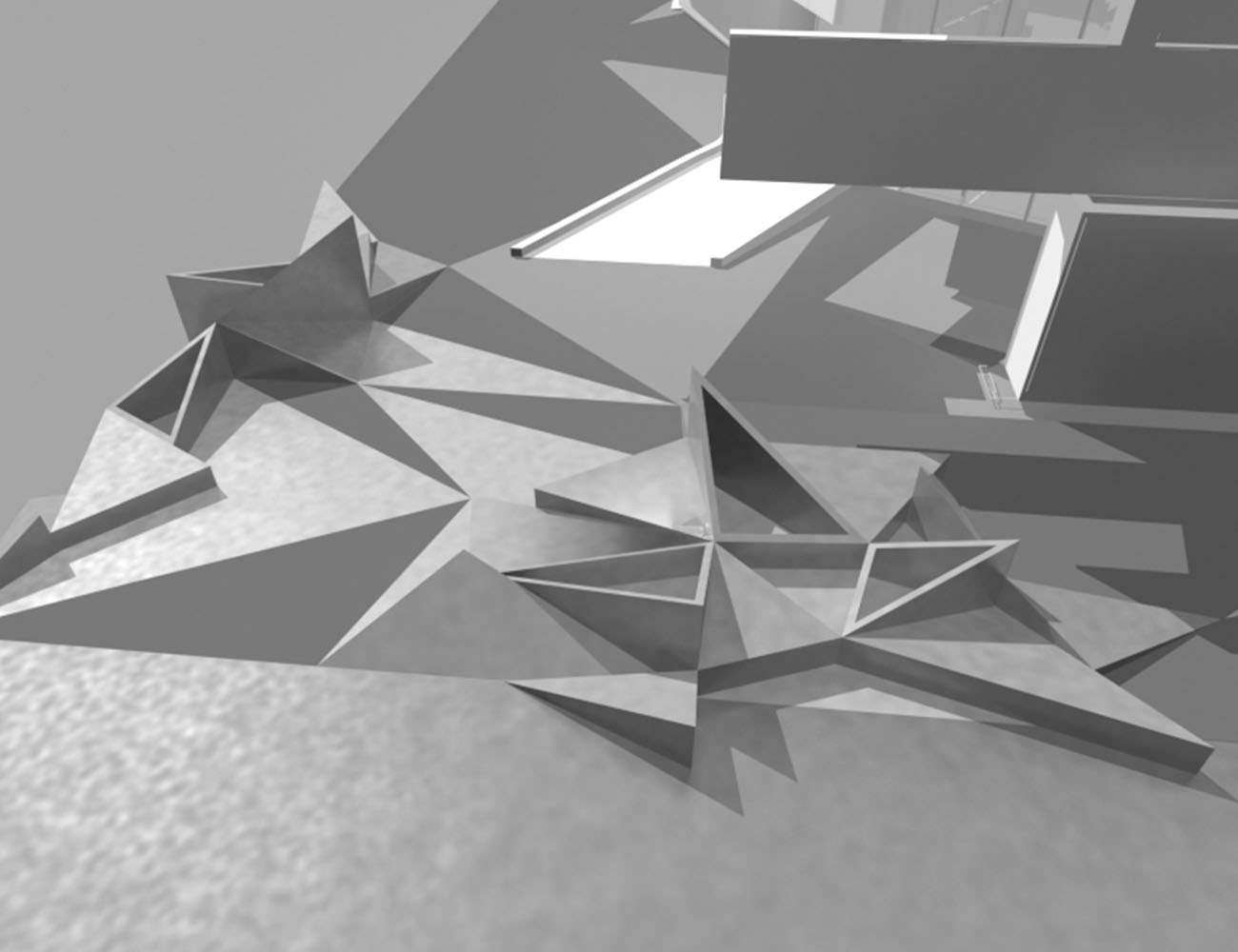 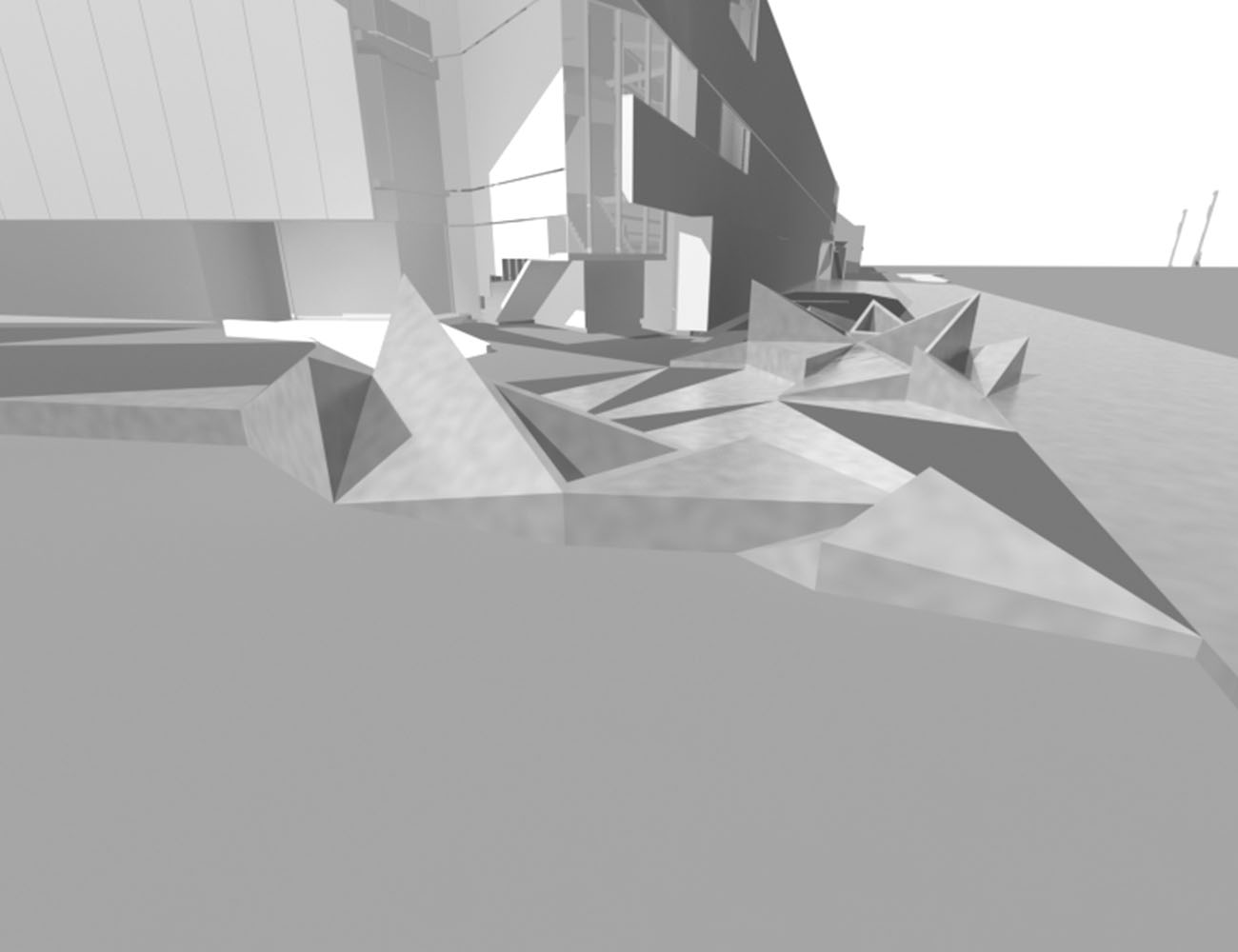 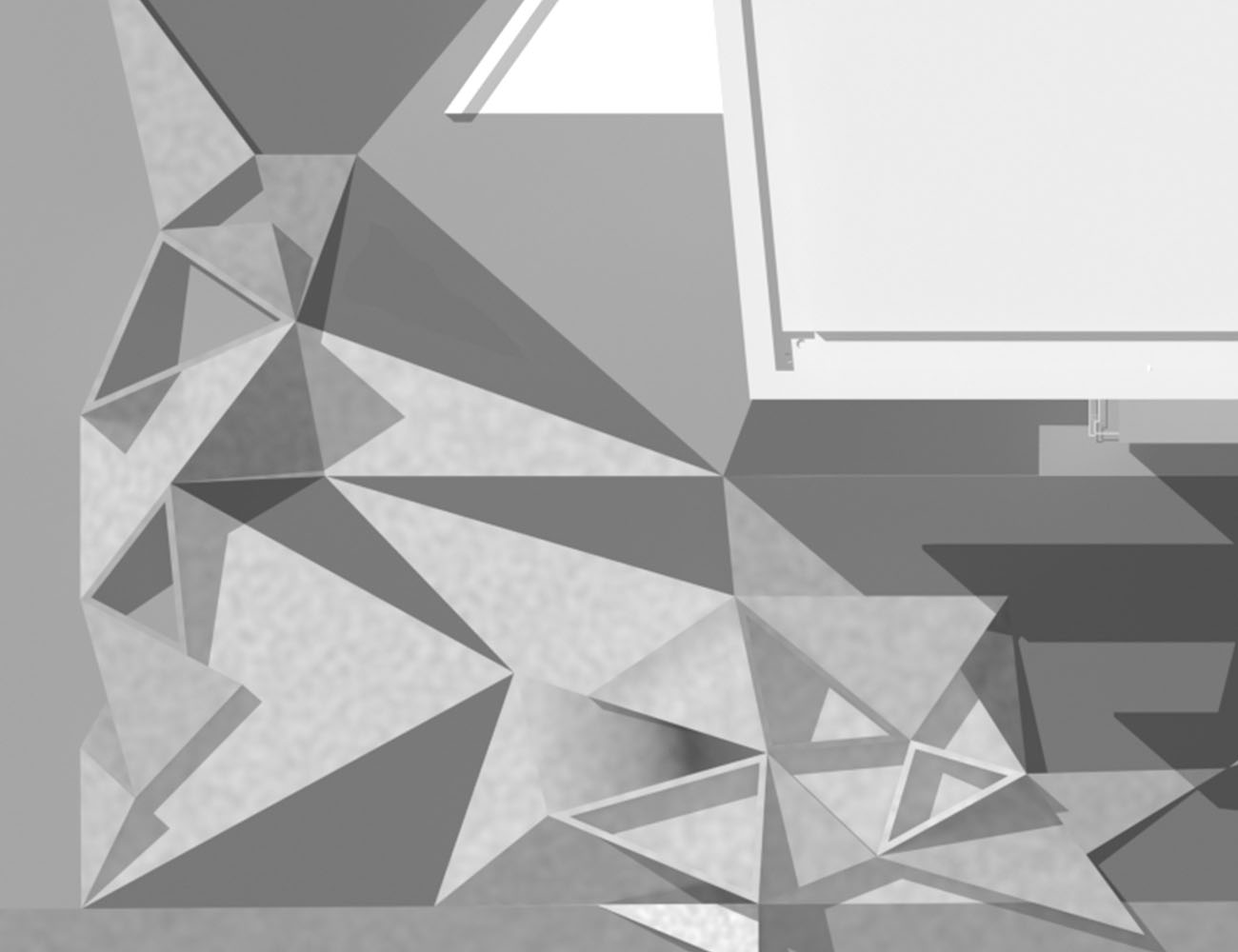 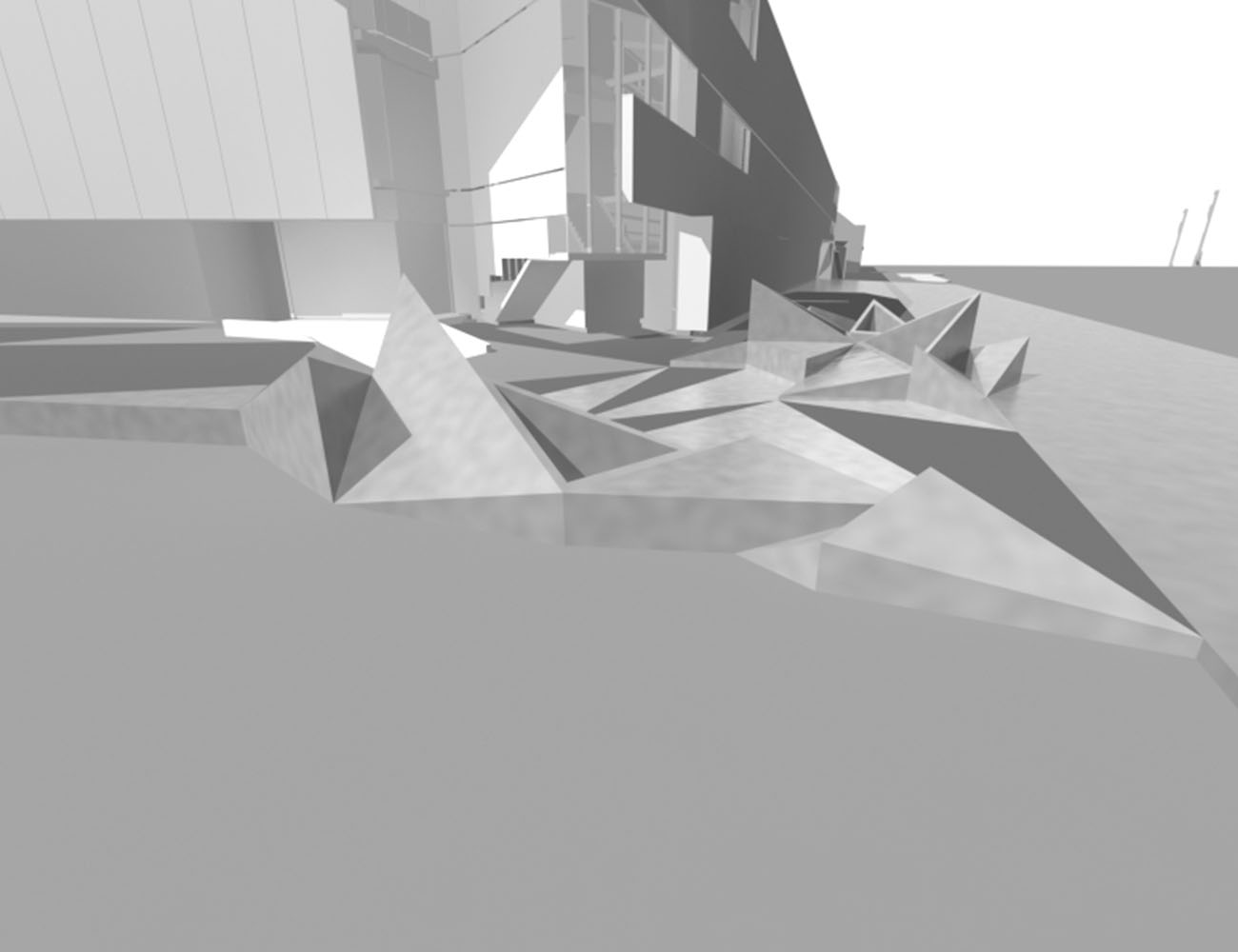