The Geocentre Møns Klint was located in a dramatic landscape setting on top of chalk cliffs overlooking the ocean. In asking why people go to Moens Klint to look out over the sea, or collect fossils, we concluded that the answer lies in the complex relations of body, landscape and culture that entices the subject.

These thoughts led us to a painting by Eckersberg of the site, which is enlightening in this respect – demonstrating that the answer is not necessarily the cliff itself since it remains hidden from view. Rather a subject, with telescope in hand, looks out from the cliff at something else. Two others are engrossed in close conversation looking neither at the cliff nor the view. The painting suggests that dialogue or discourse are essential – conversation inspired by the setting and informed by the elevated advantage of the cliff top where a naturally occurring giant platform harnesses a sense of scale and strength of the scale of geological events that caused this formation.

These thoughts set up the context or grounds for our architectural response. The building itself became an excavation of the chalk surface, a scratching away and revealing of the ground beneath in a manner that was evocative of the fossil hunting that had been popular on the site. The main spaces of the building were therefore trench-like galleries that zigzagged between ‘caves’ on their inland end and ‘windows’ looking towards the sea. The length of each gallery responded in scale to the time period represented and therefore became a more frenetic spatial tic-tac as one returns to the contemporary space. 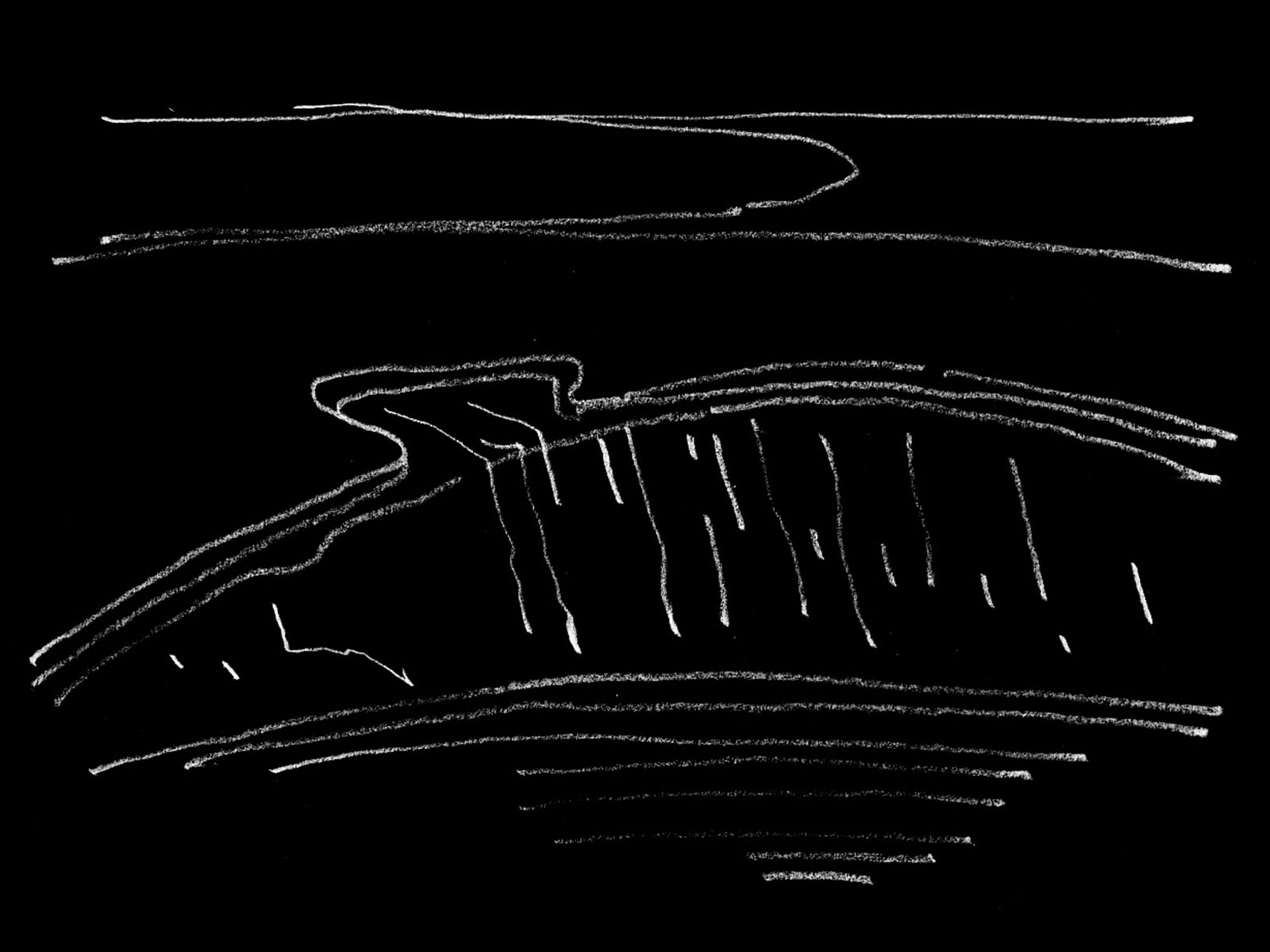 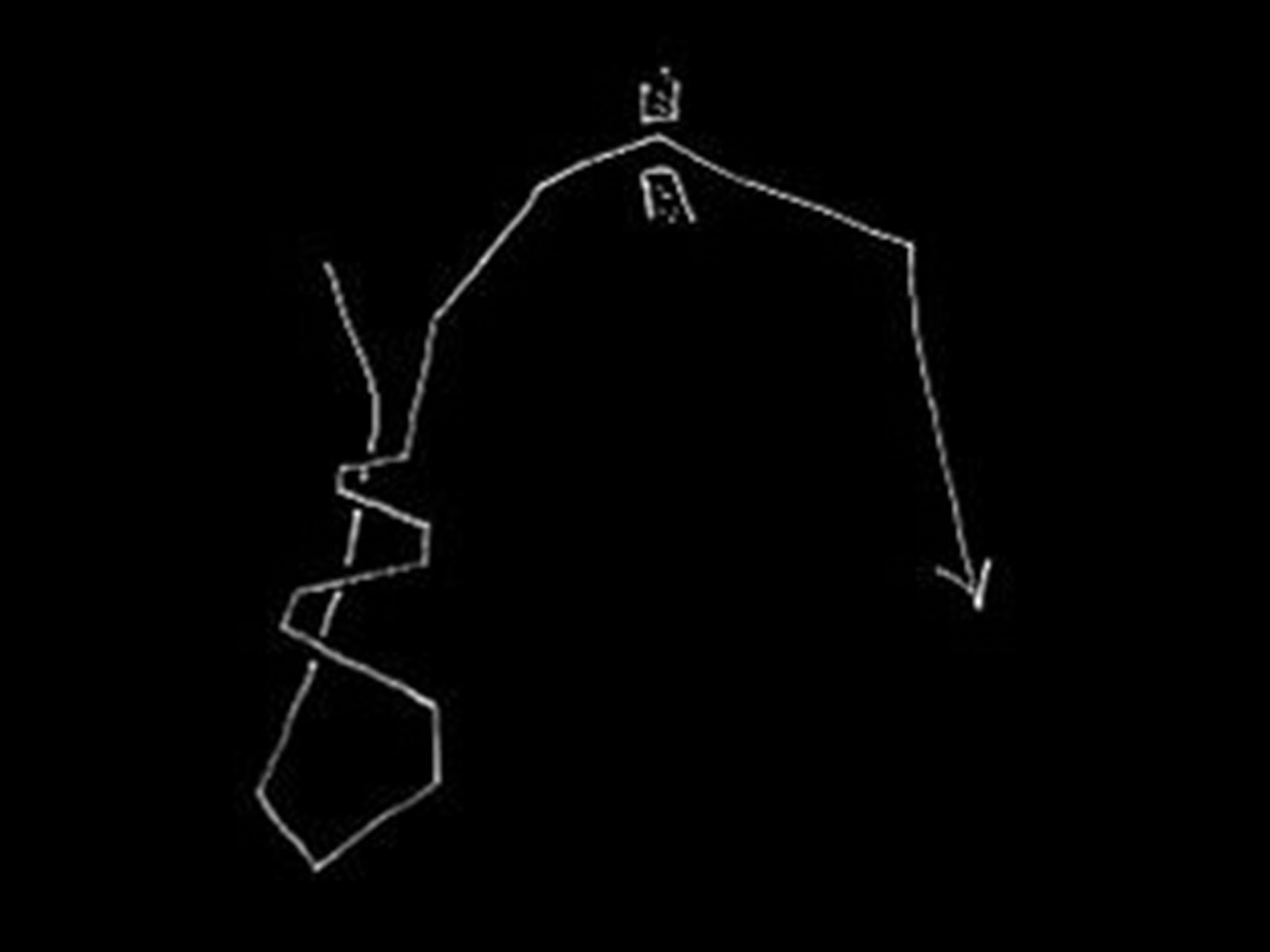 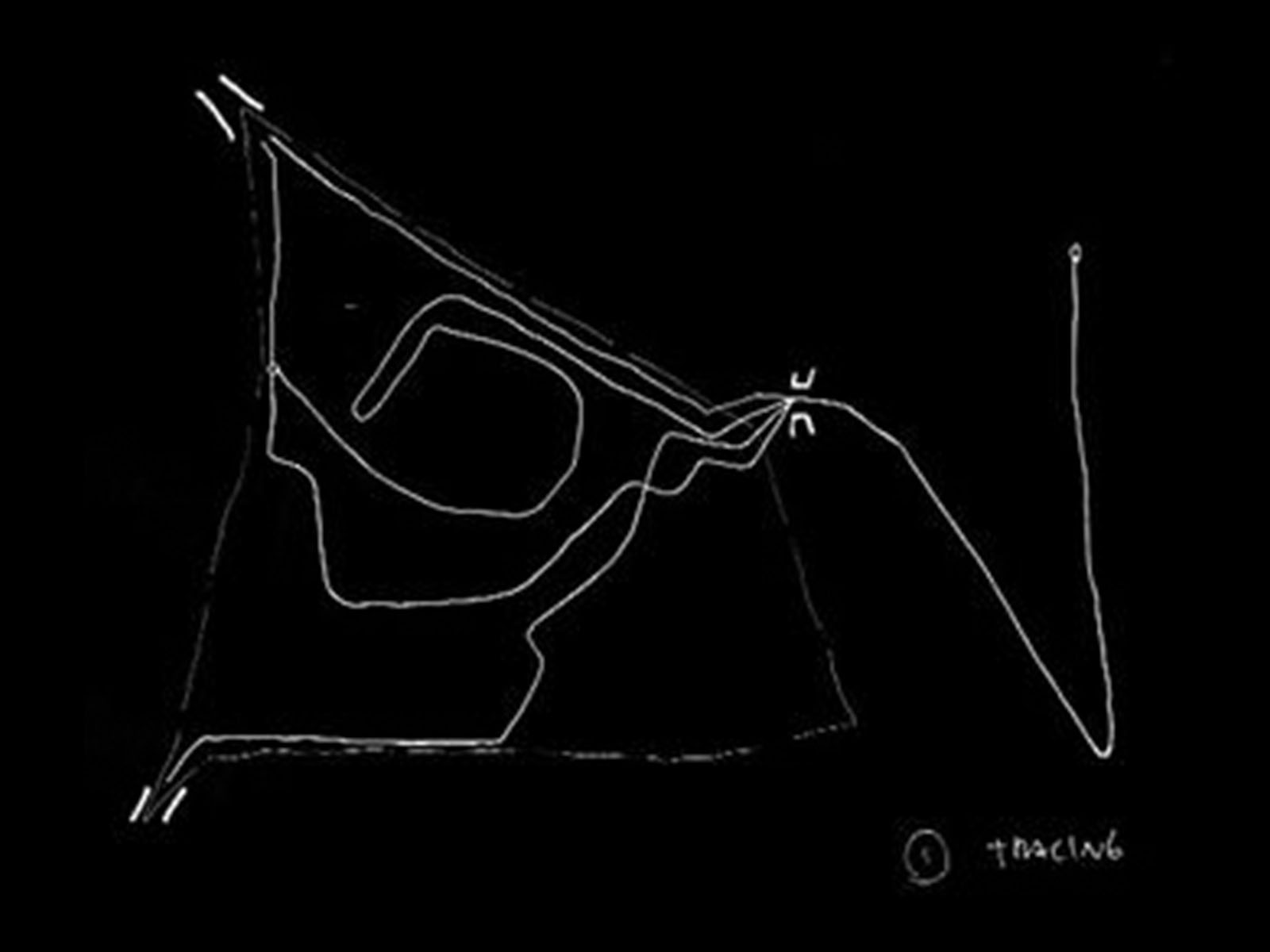 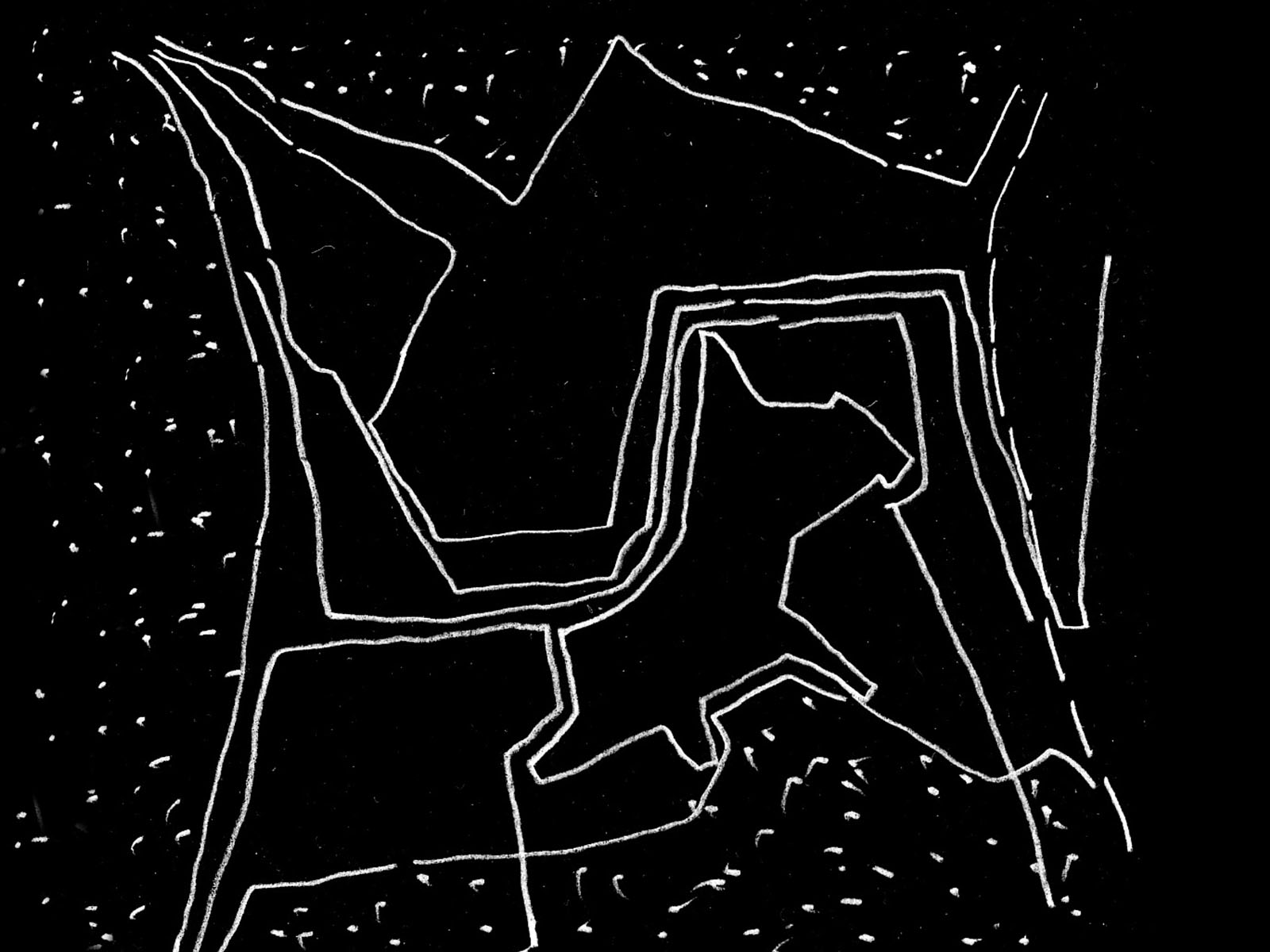 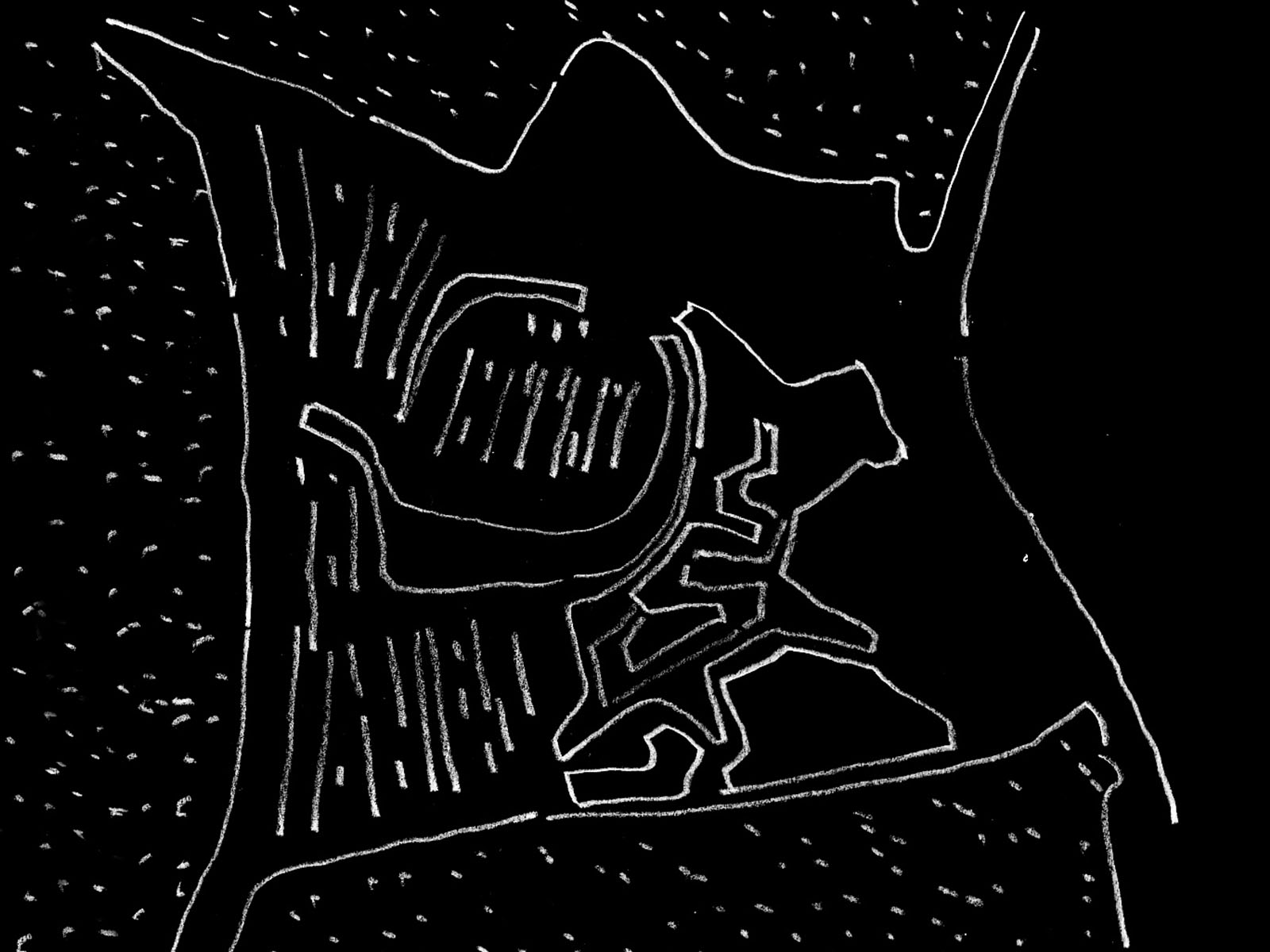 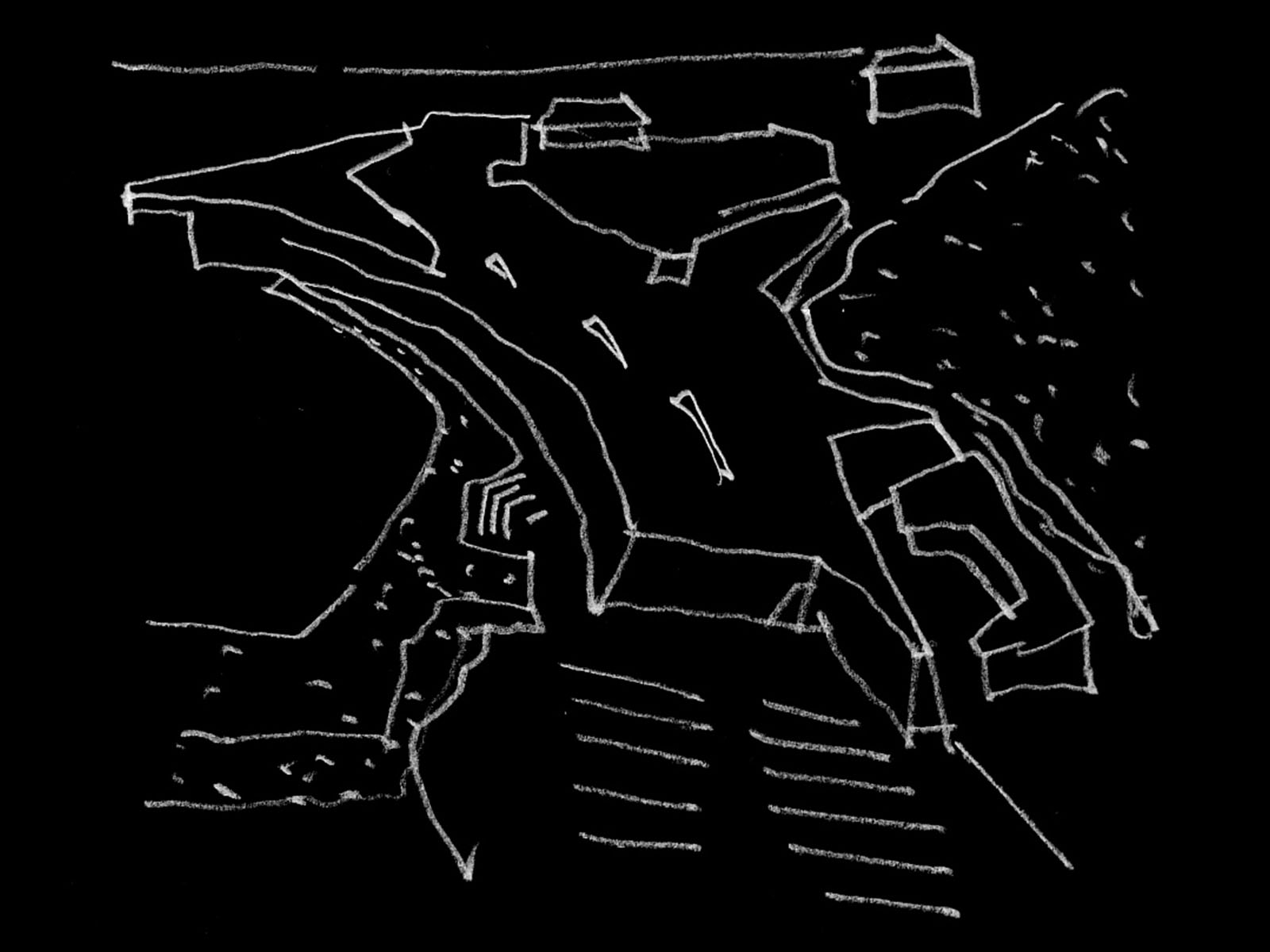 Our design explorations began with diagrammatic and text explorations of different contexts of the site driven by the readings of the painting. First explorations were concerned with movement (a factor of both current desire lines and anticipated manipulations of these to take into account the new building) and the geological history of the site through its formation and erosion particularly in the period since the last ice age. Models were made of the site and of the pathways across it. Overlaid on these were glacial movements – open ended, speculative models that attempted to understand the relation between the glacier as a body moving across the chalk surface. These were exploratory models designed to open up the physical possibilities of the project – architectural moves that opened up a set of spatial and formal opportunities. 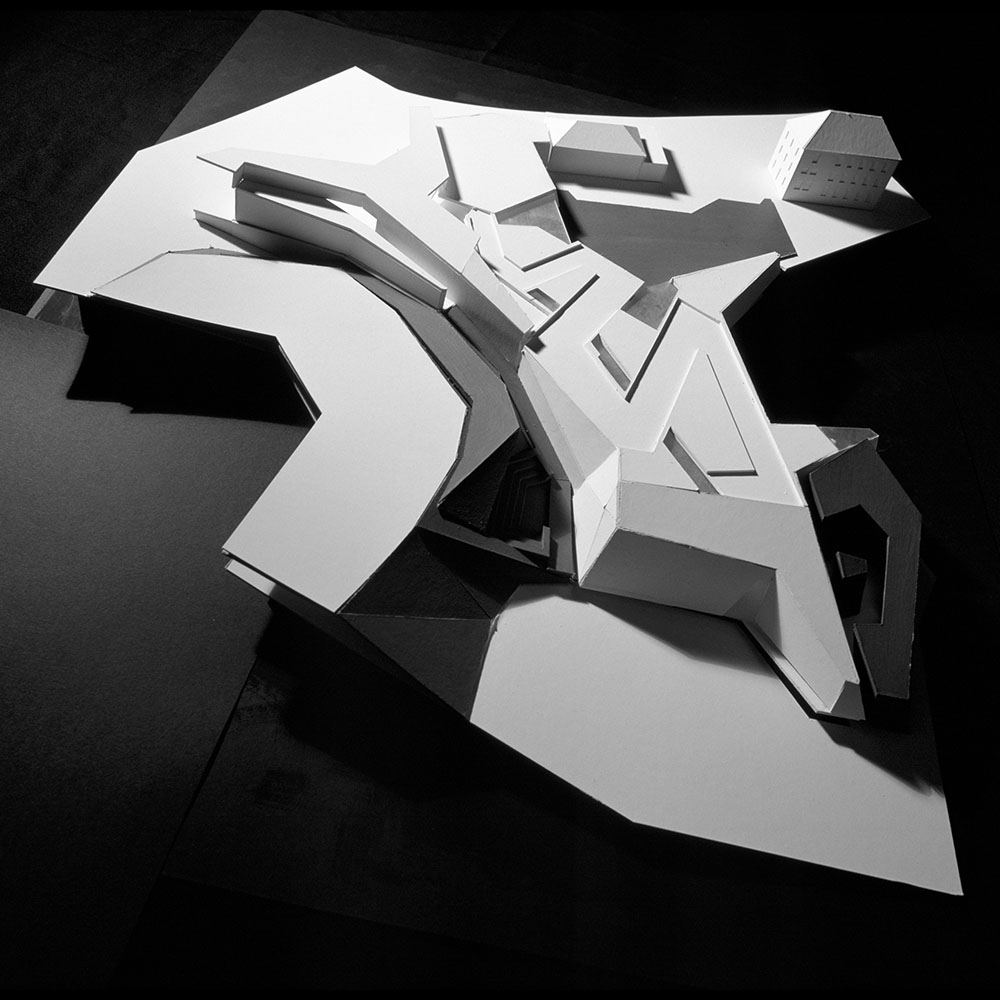 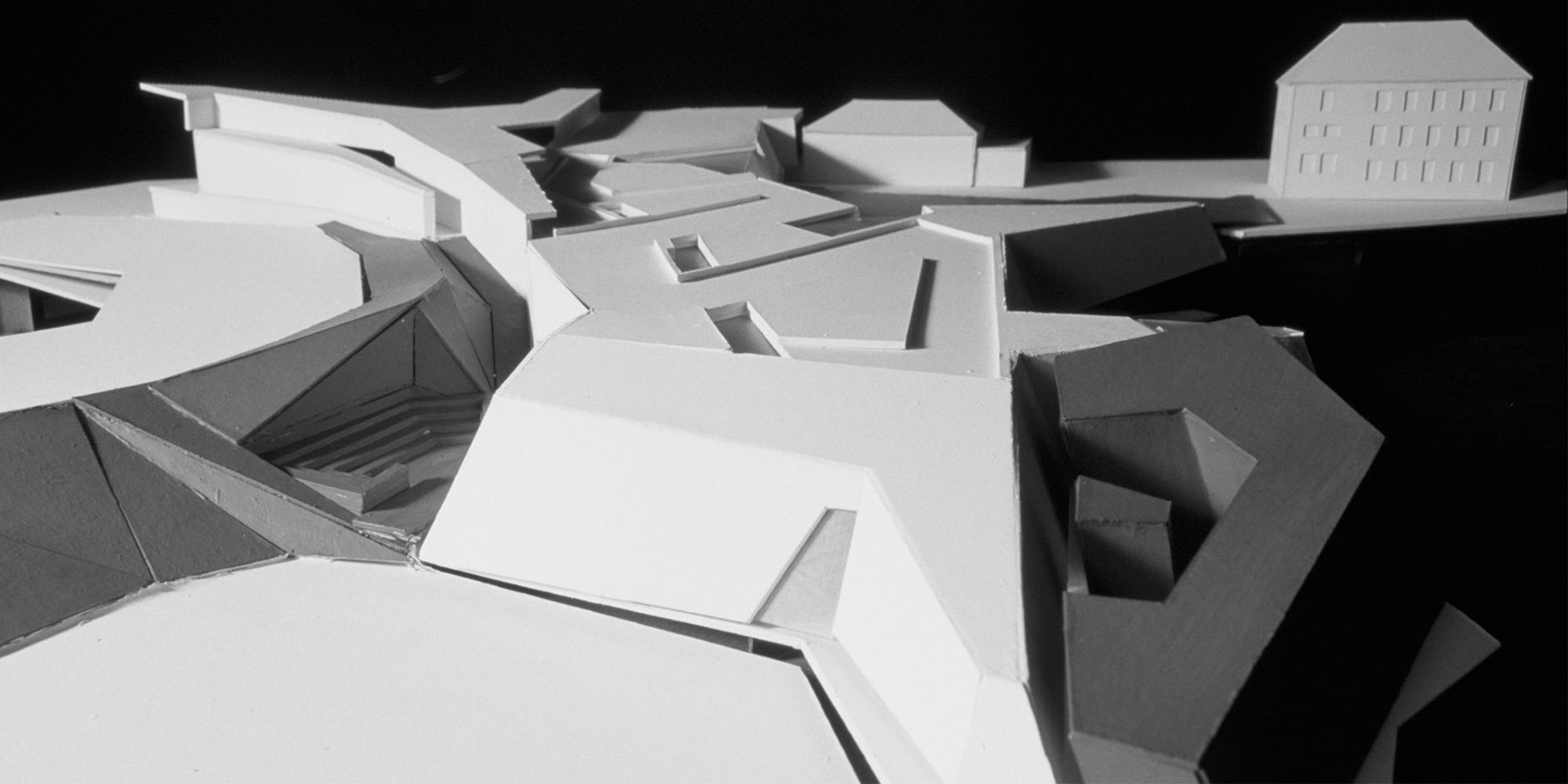 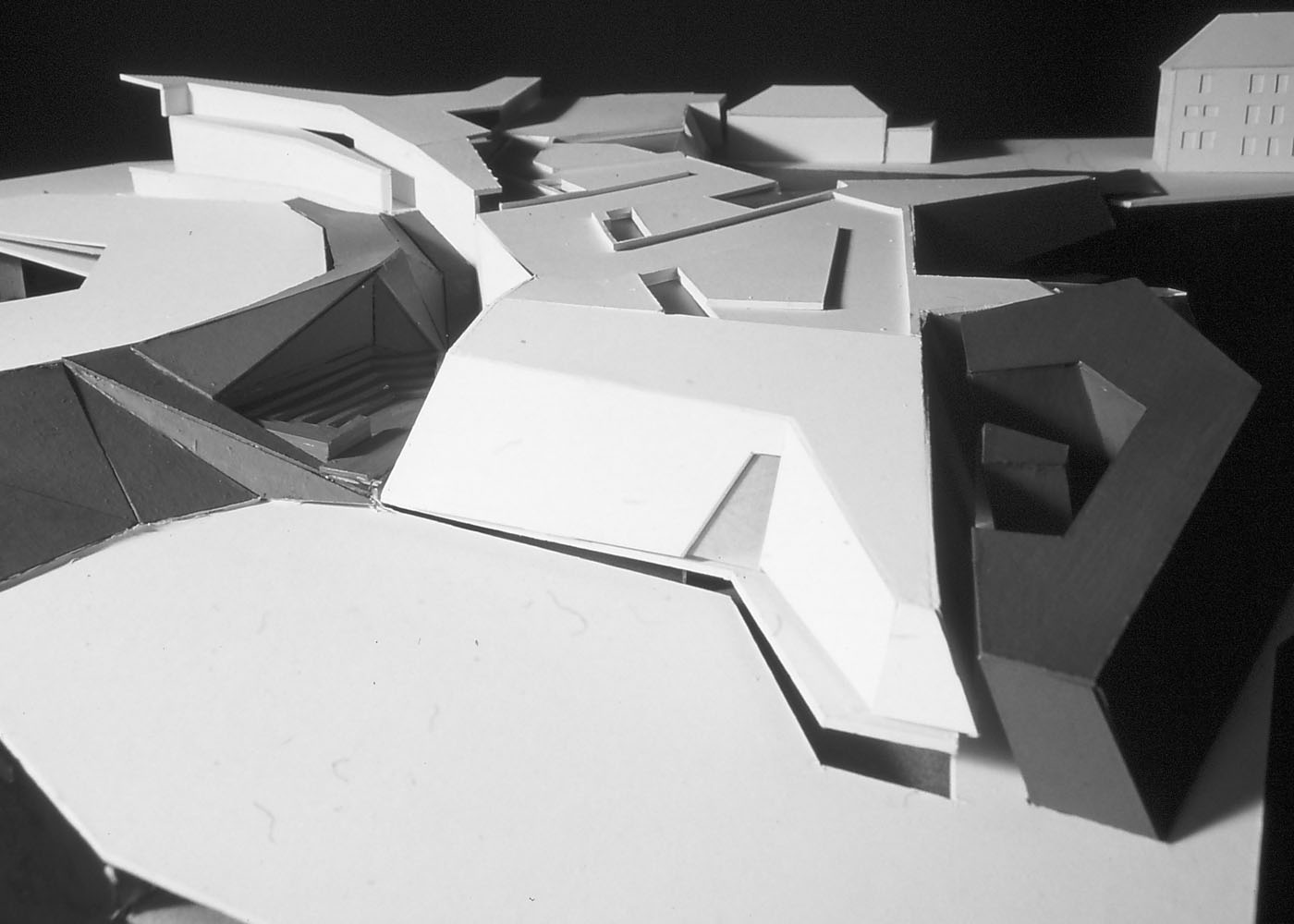 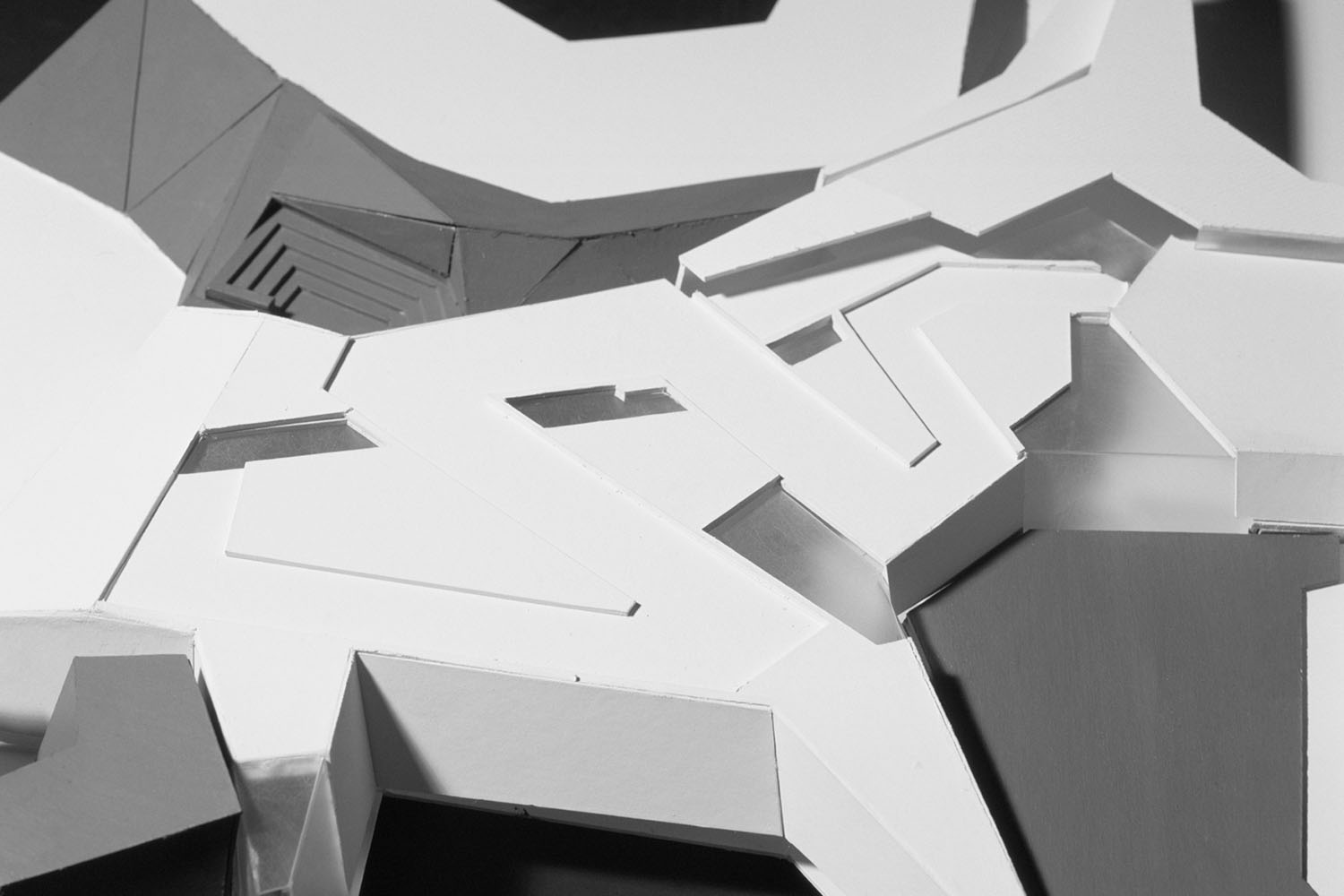 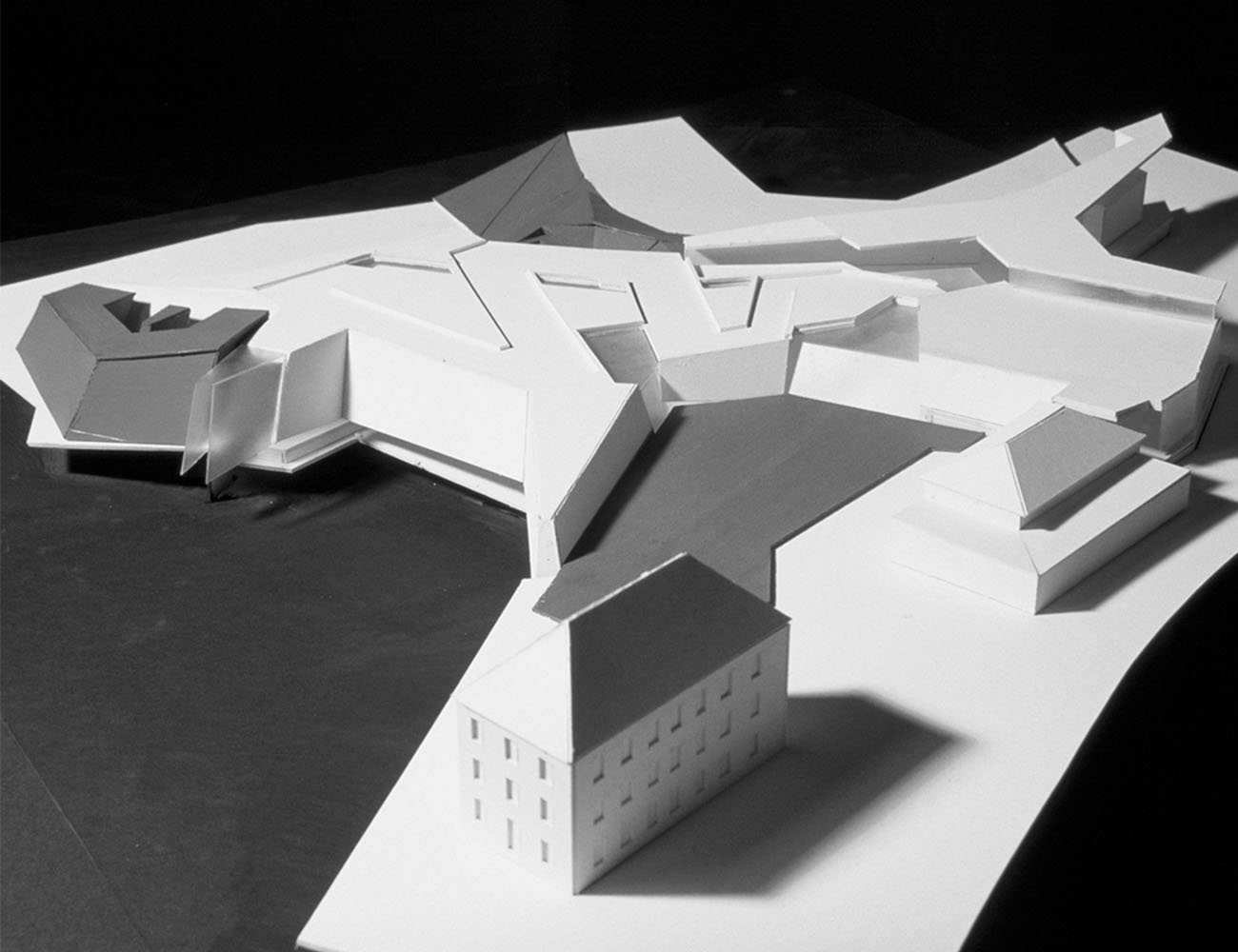 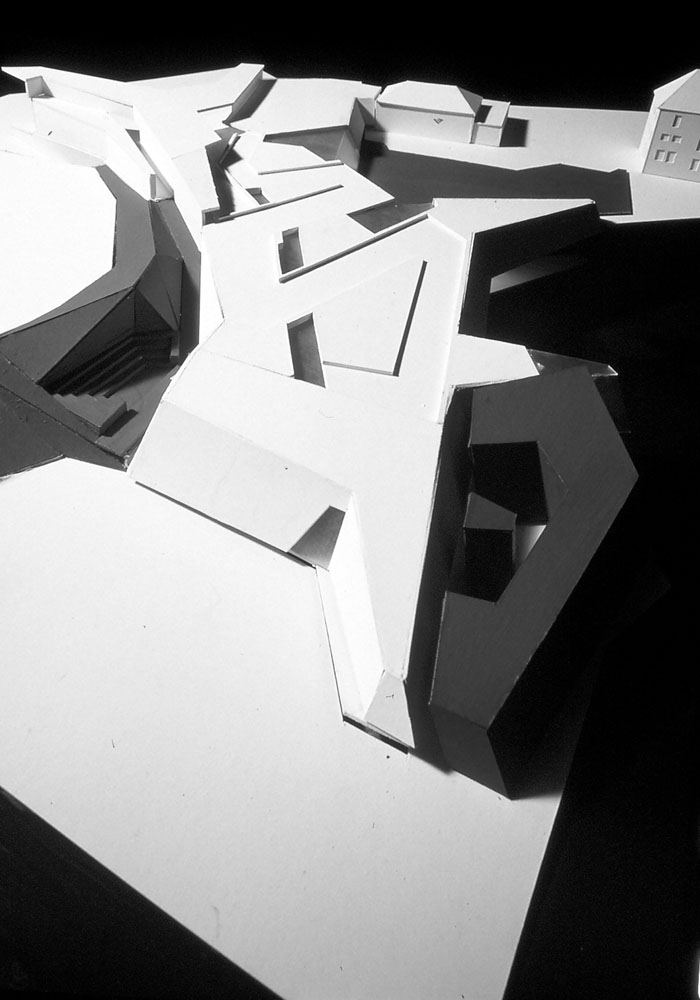 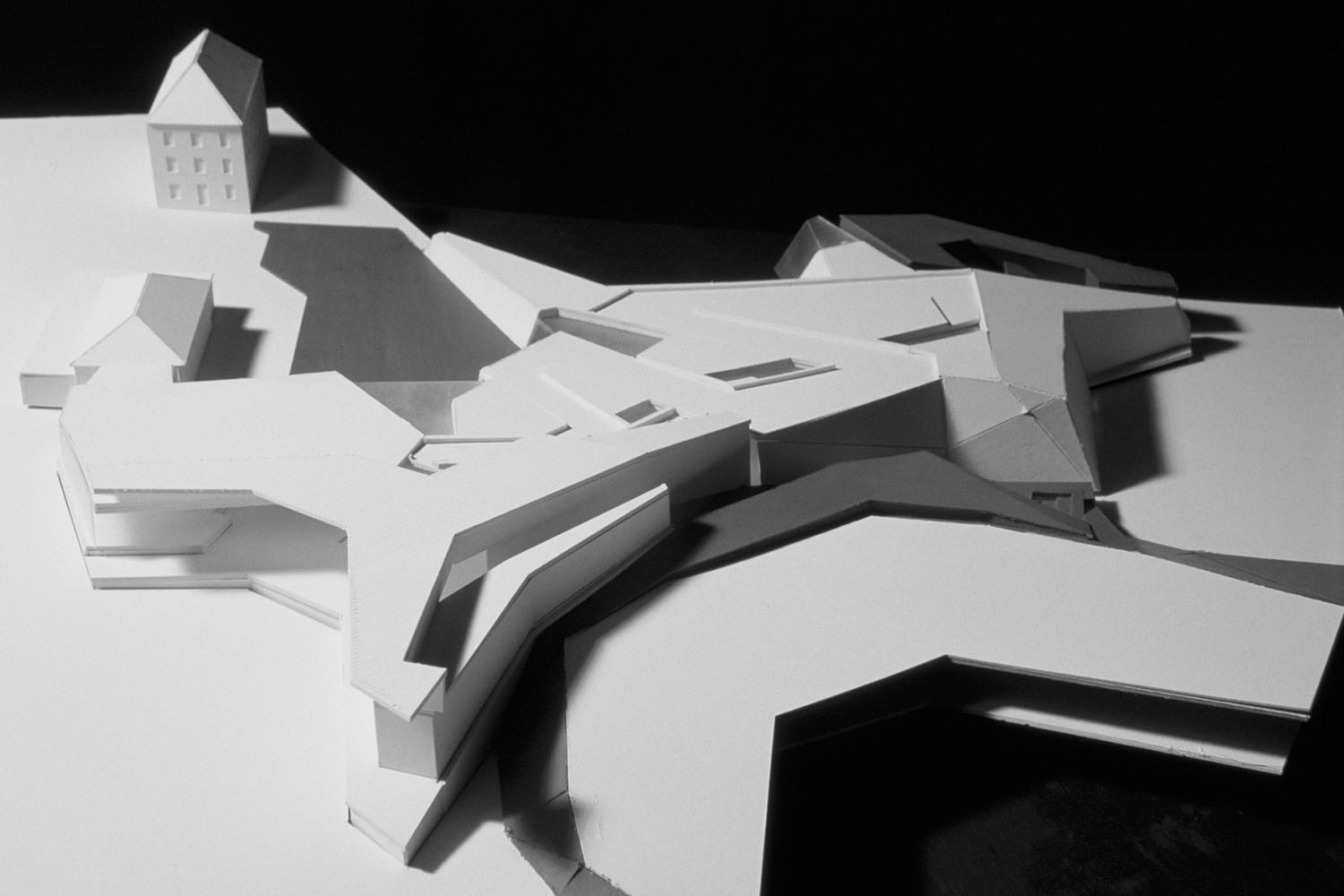 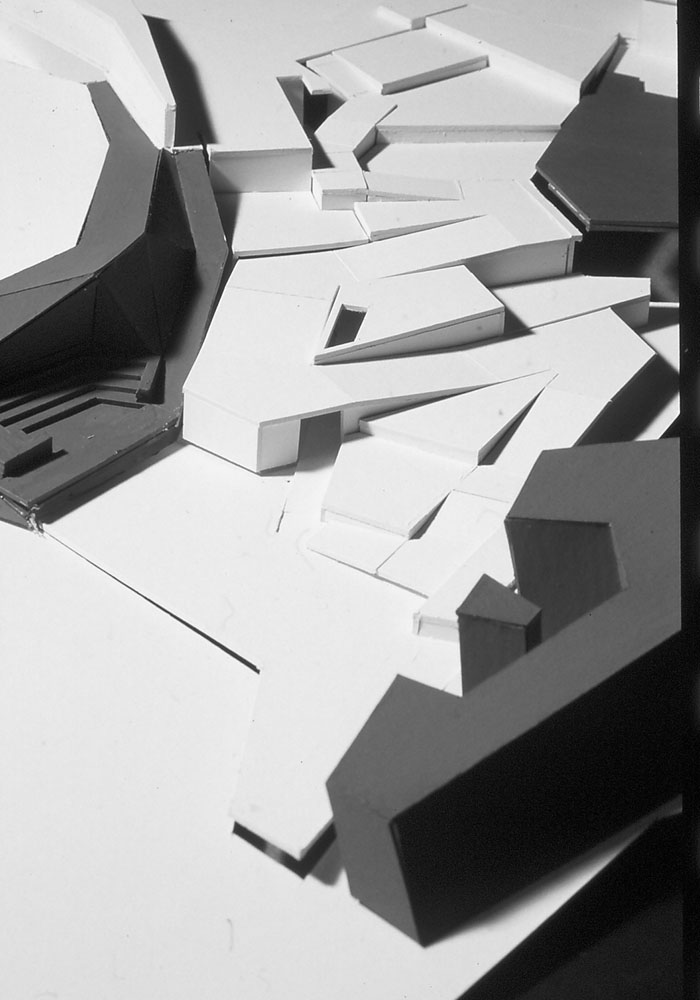 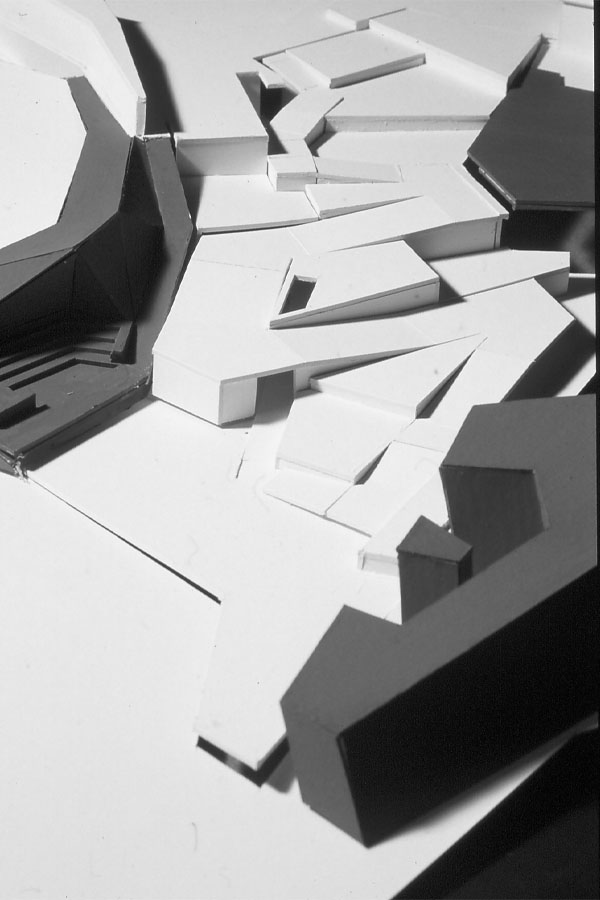 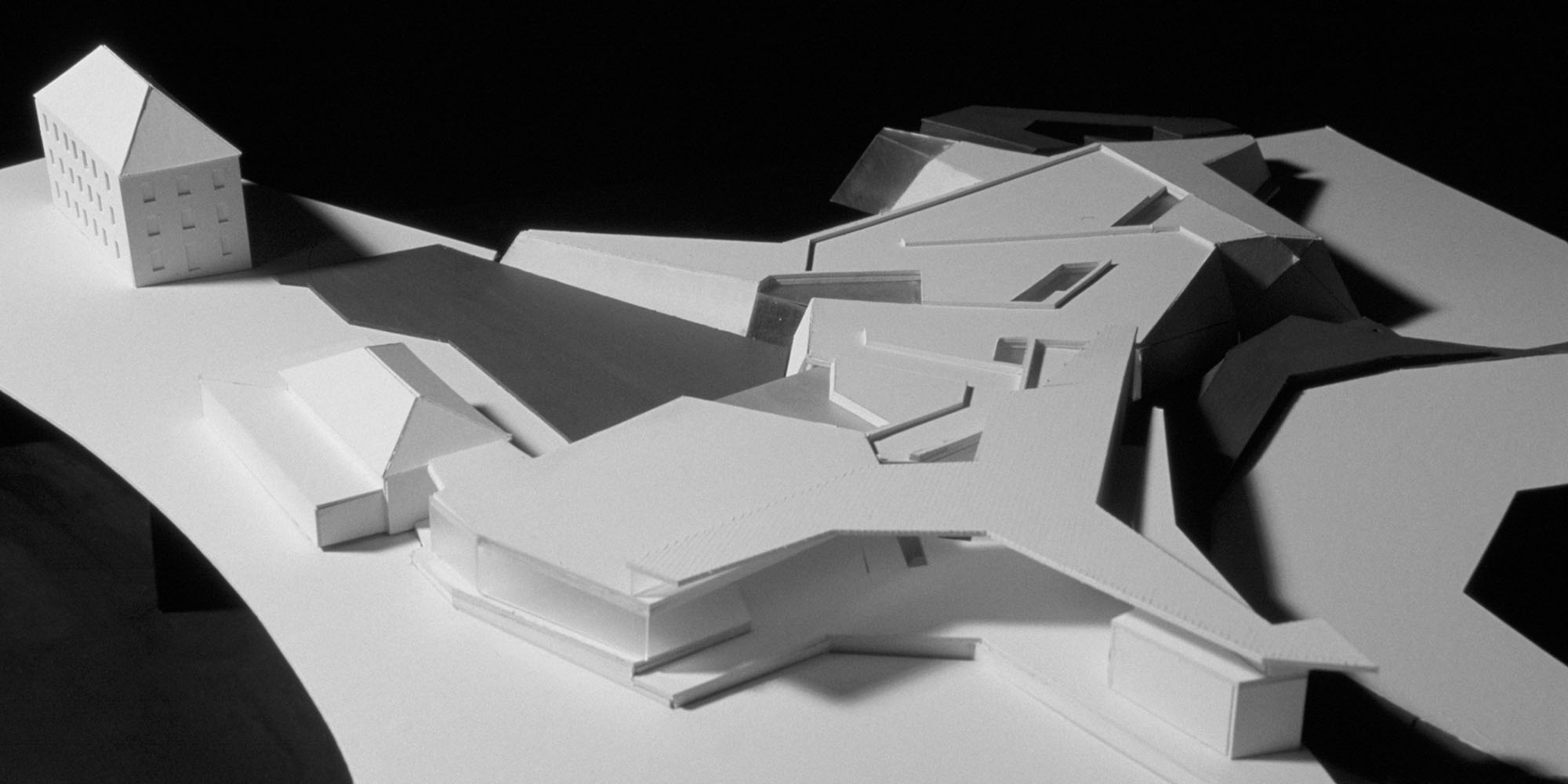 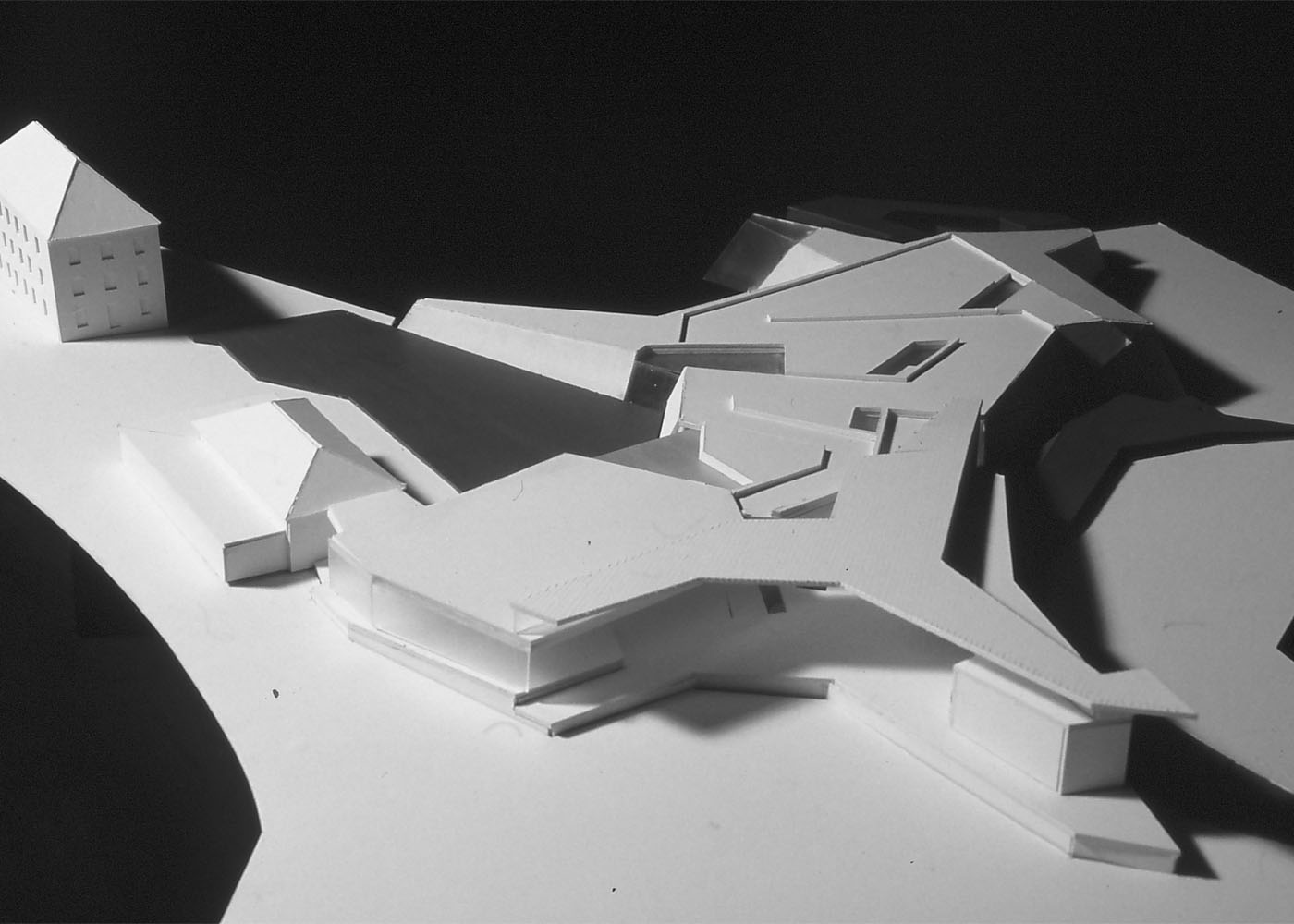 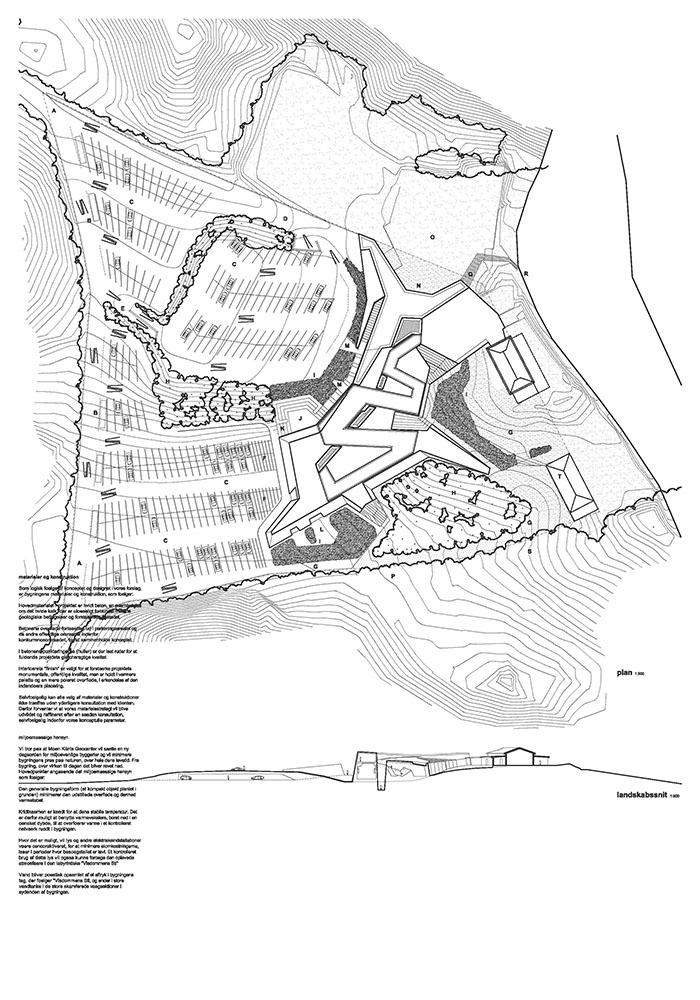 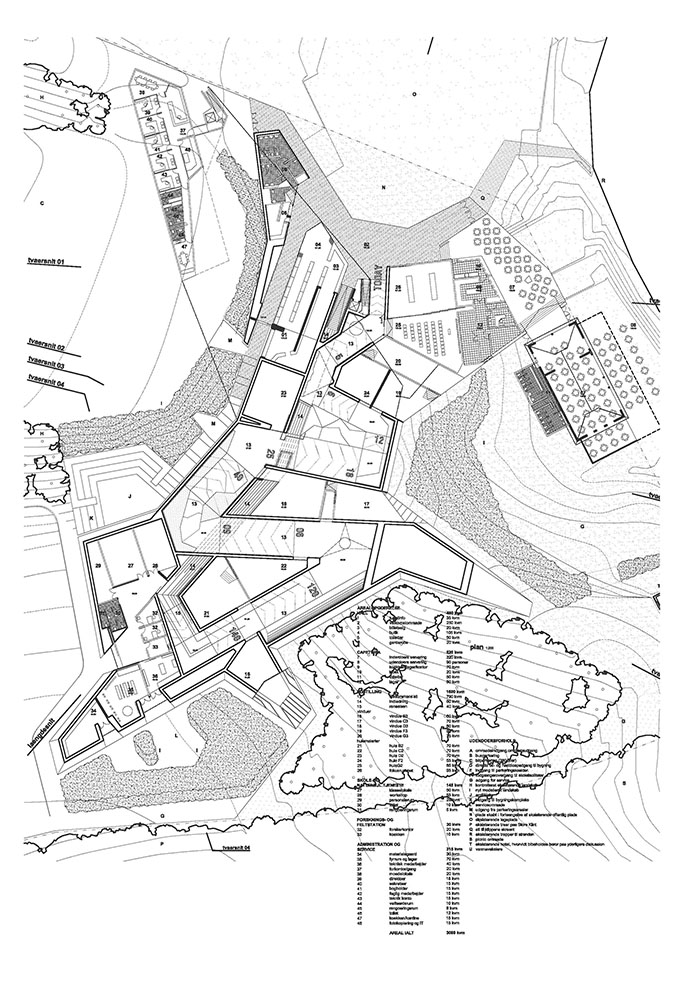 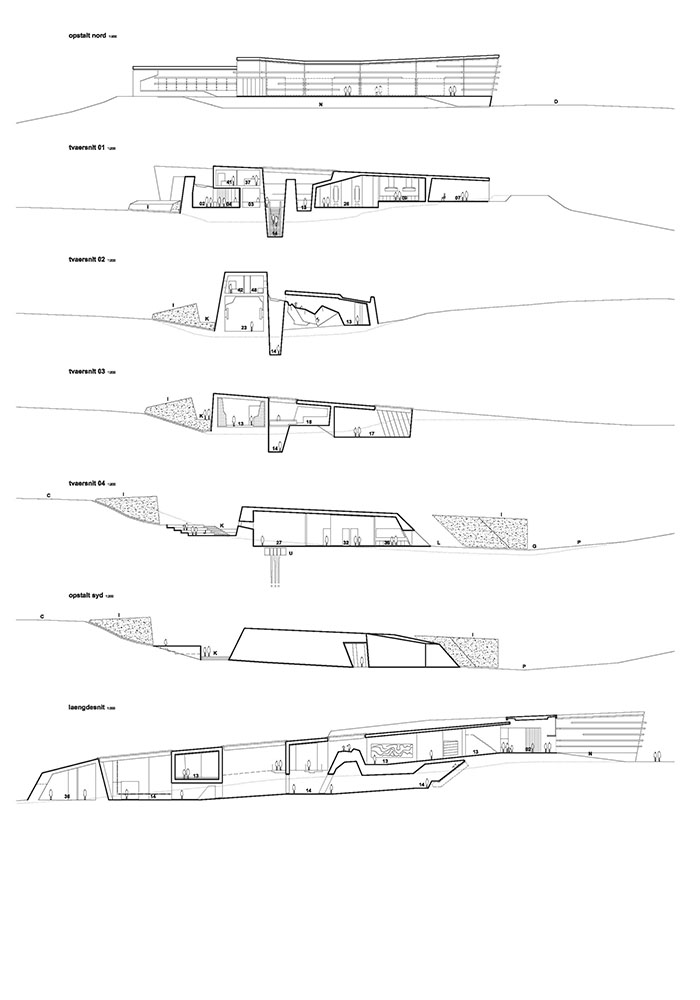 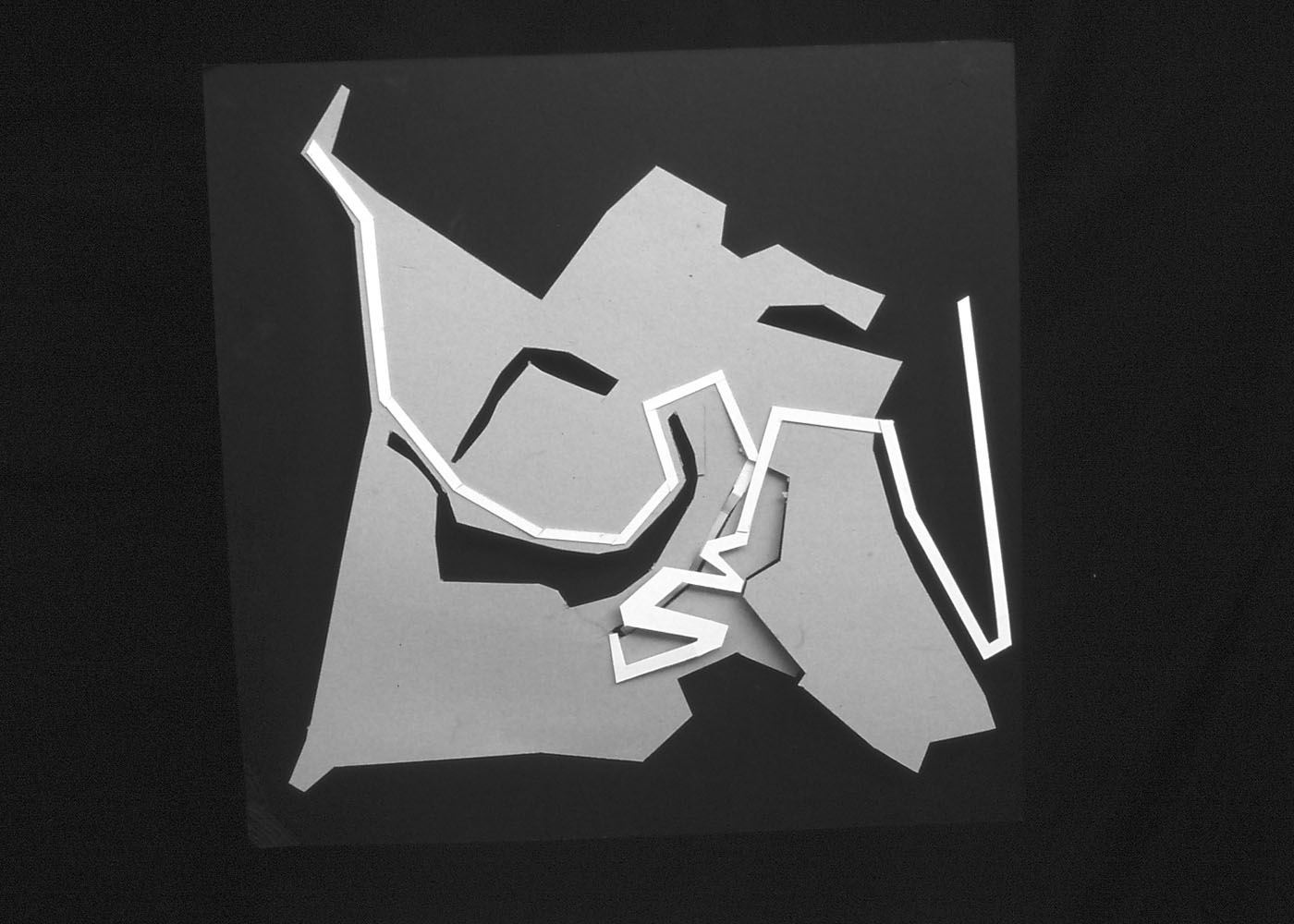 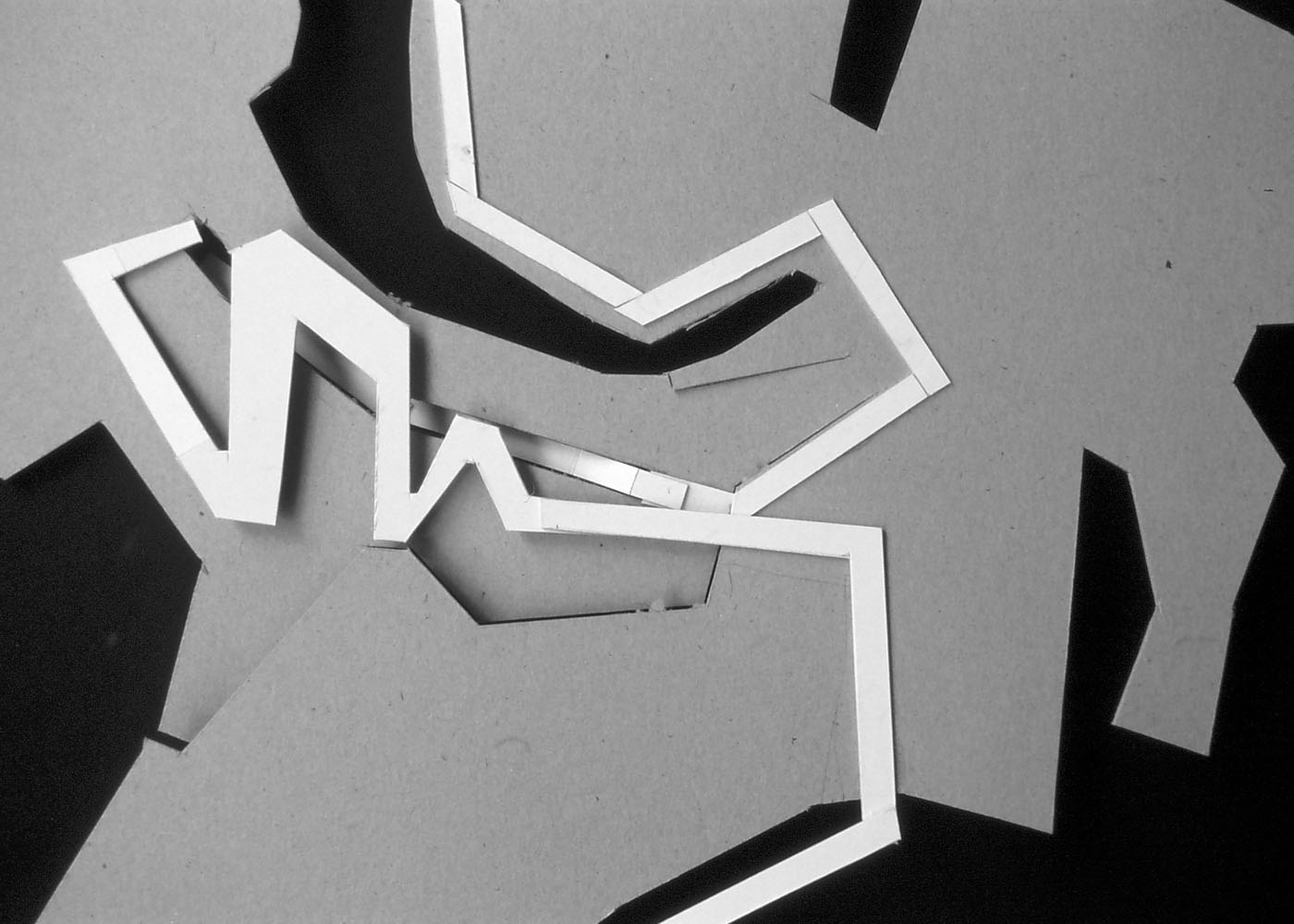 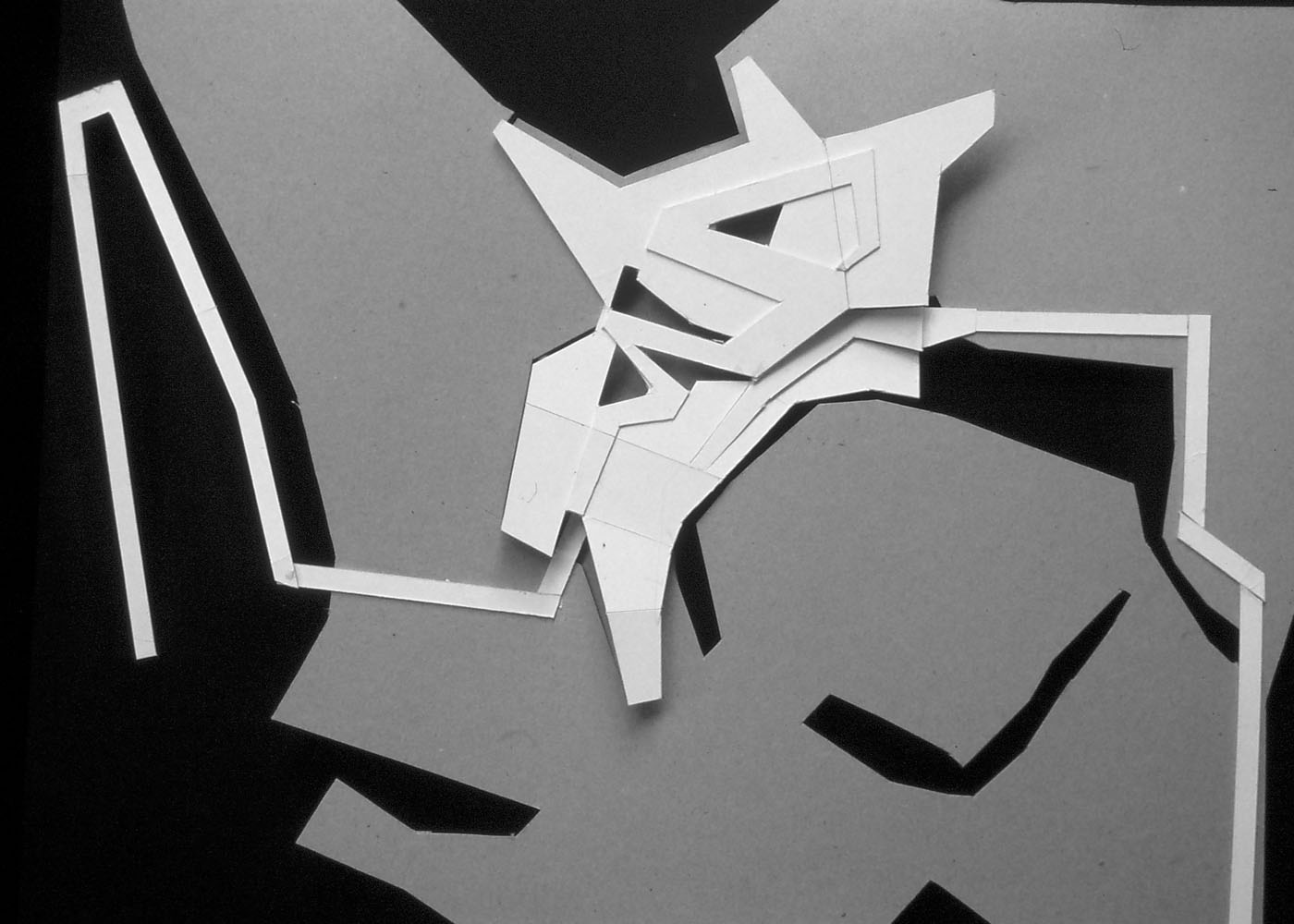 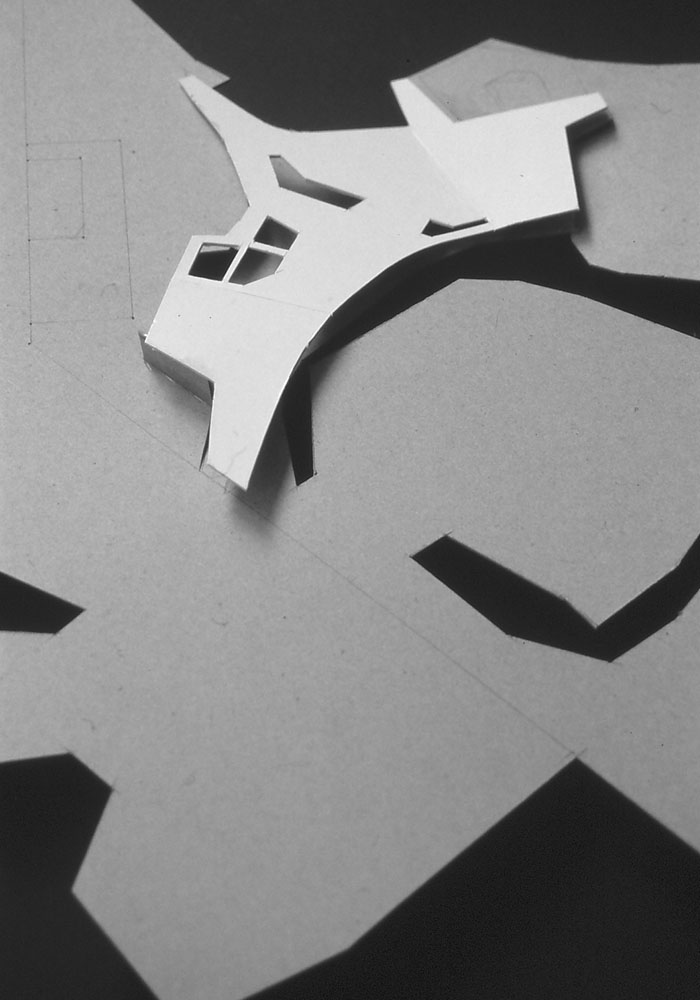 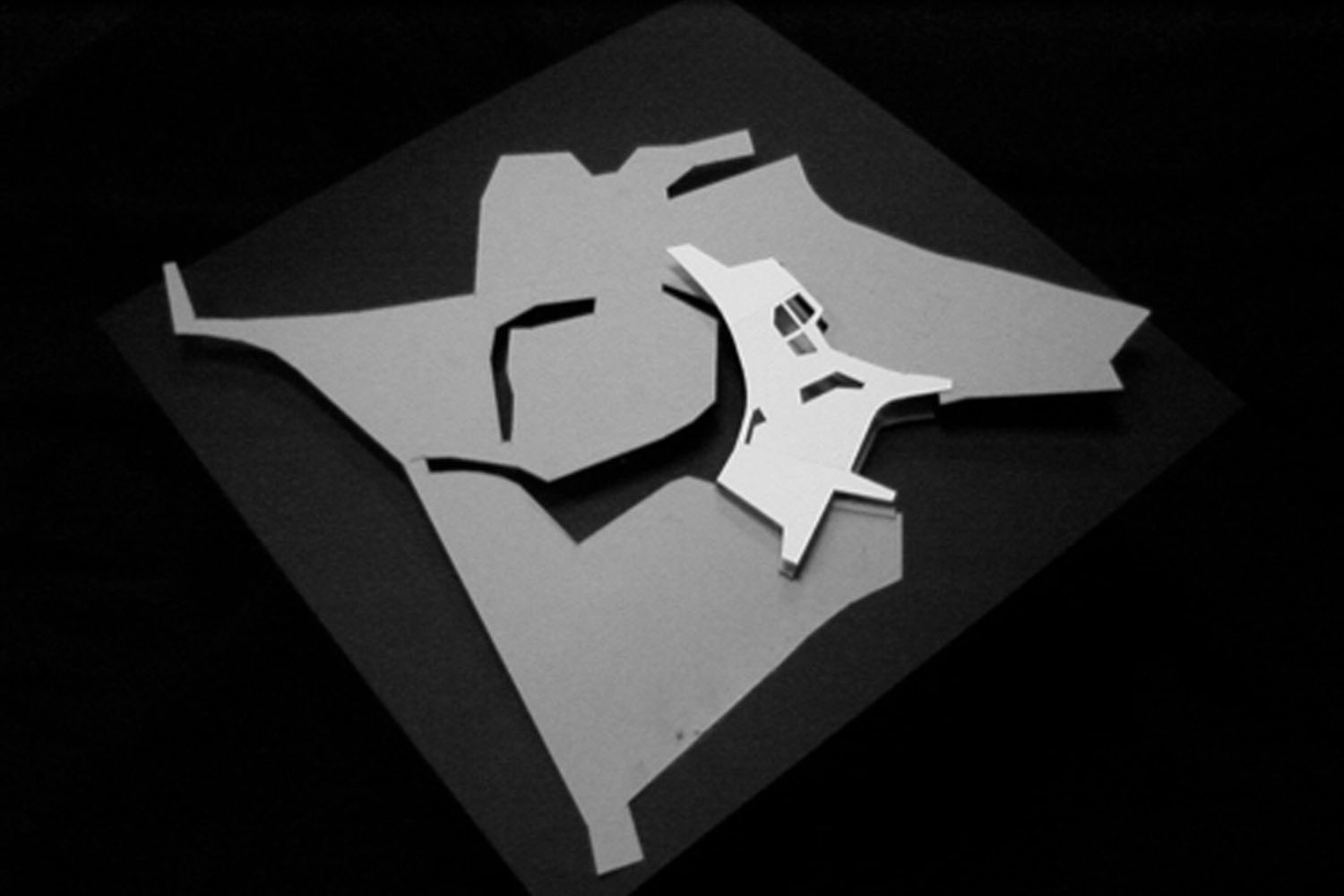