The Bushranger Ned Kelly was one of the most recognised and controversial figures of Australian history, and his capture at Glenrowan is one of Australia’s great stories.  The events surrounding the shoot-out and capture that followed has been the subject of numerous paintings, writings, plays and films.  Yet the site associated with the demise of his gang lacks any significant infrastructure that can aid in telling the story.

The proposal took advantage of the natural characteristics of a corner of an open park fronting the town’s main street, which afforded views to the significant sites: the capture site, siege site and railway platform.  Drawing on accounts of observers gathering within the trees during the siege, and Ned Kelly’s strong association with the ‘bush’, the Ned Kelly Interpretive Centre provides public space and a sequence of galleries that intermingle with the trees and focus from there on the key sites. 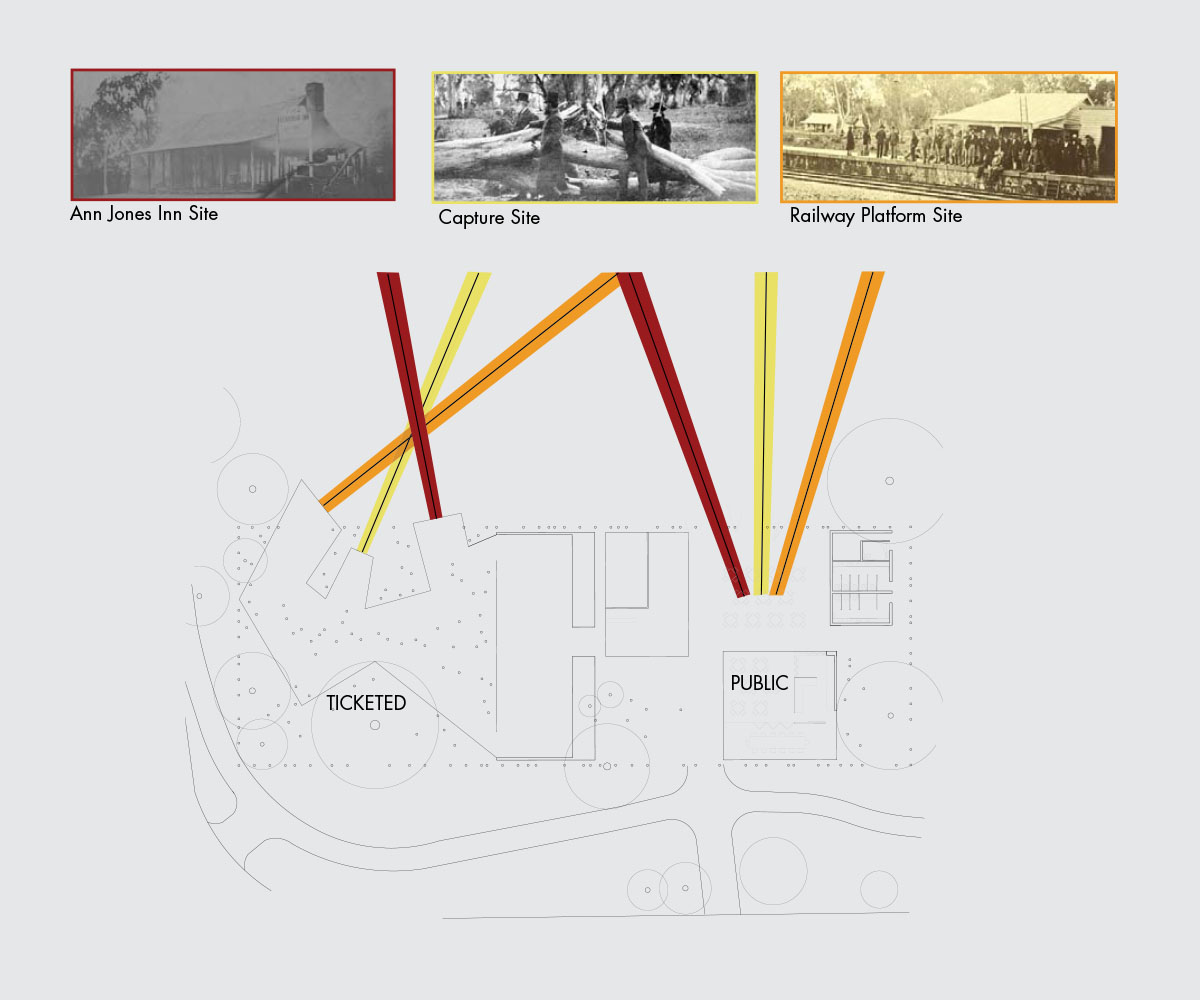 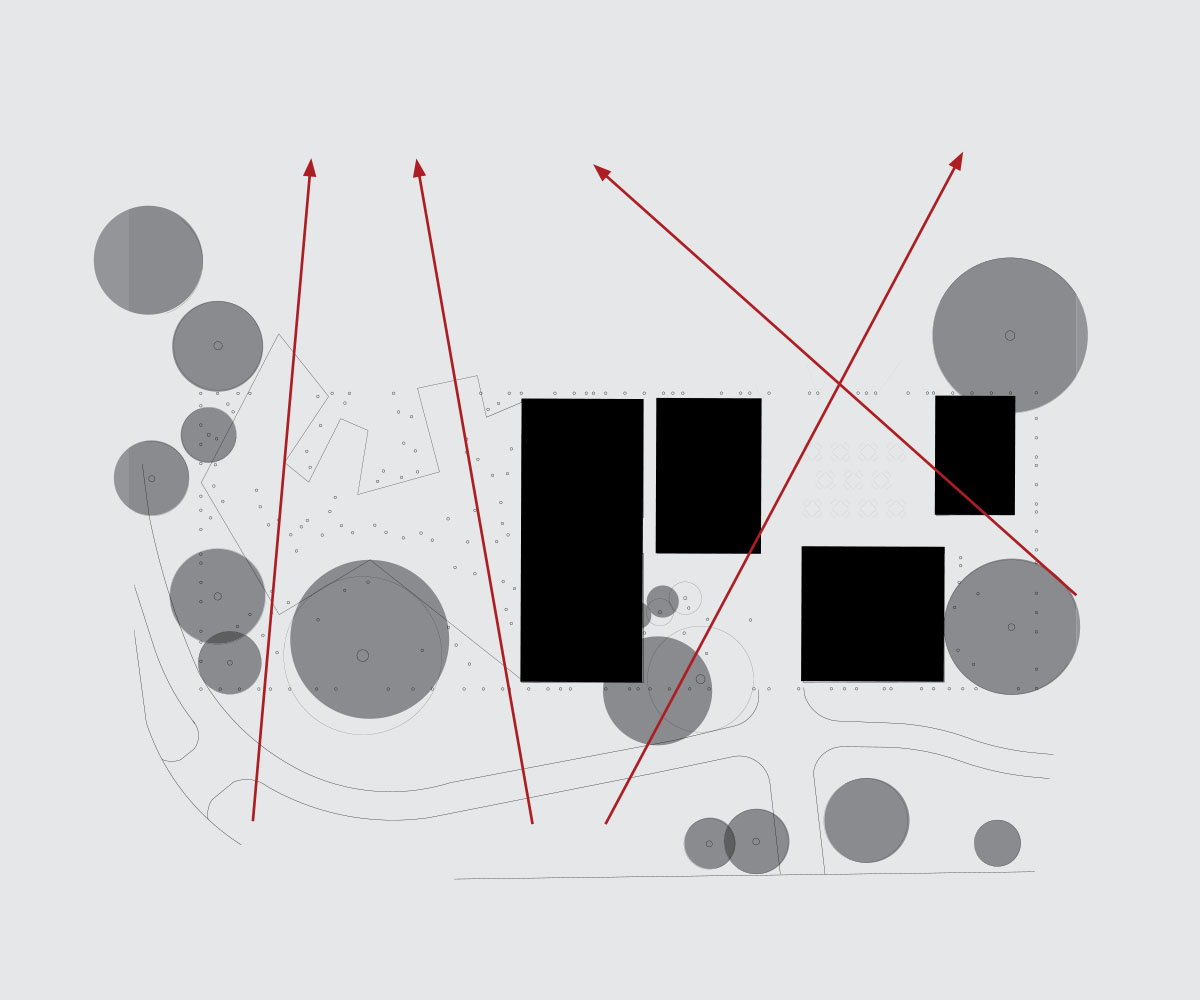 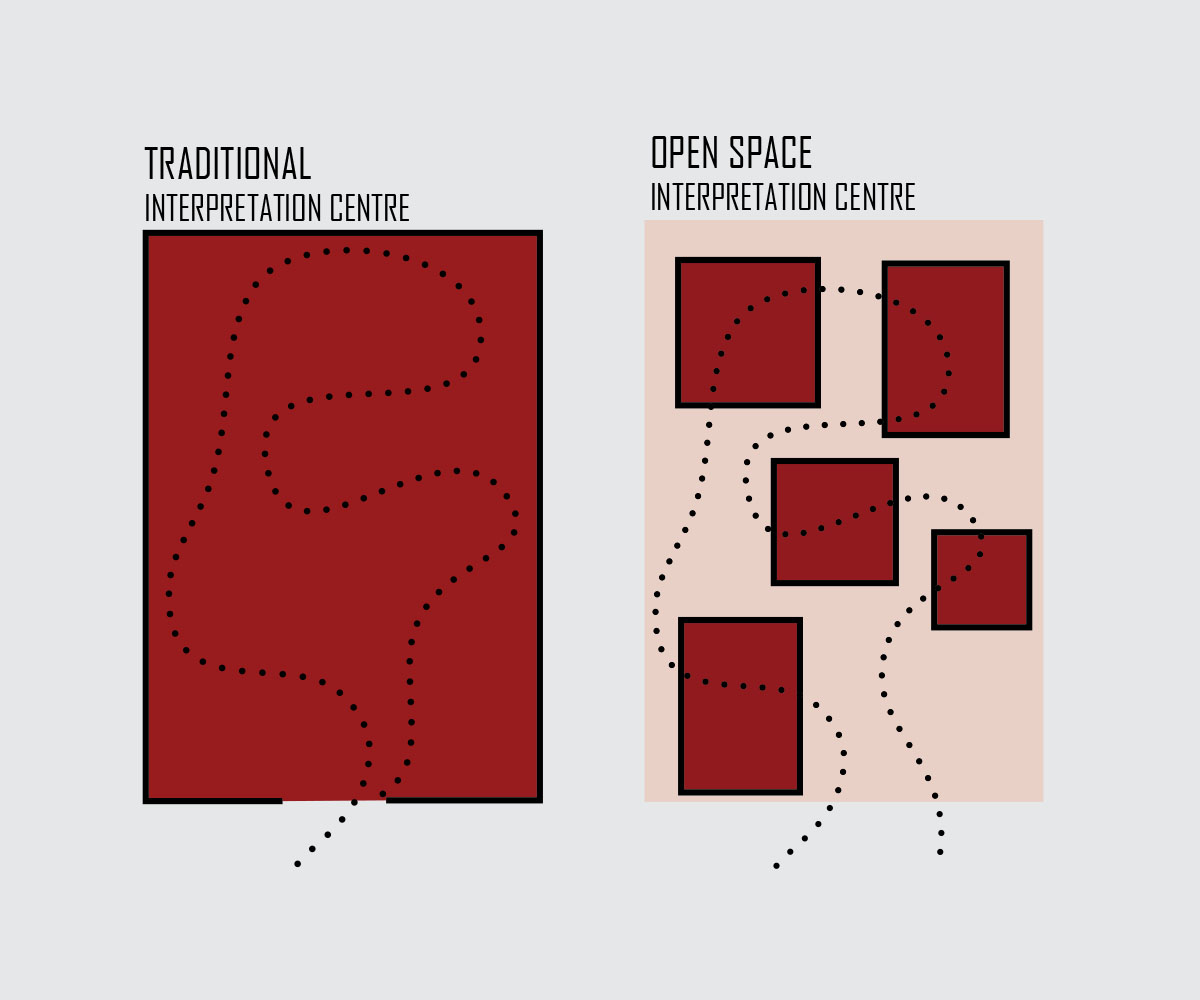 Organisation: From Consolidated to Dispersed 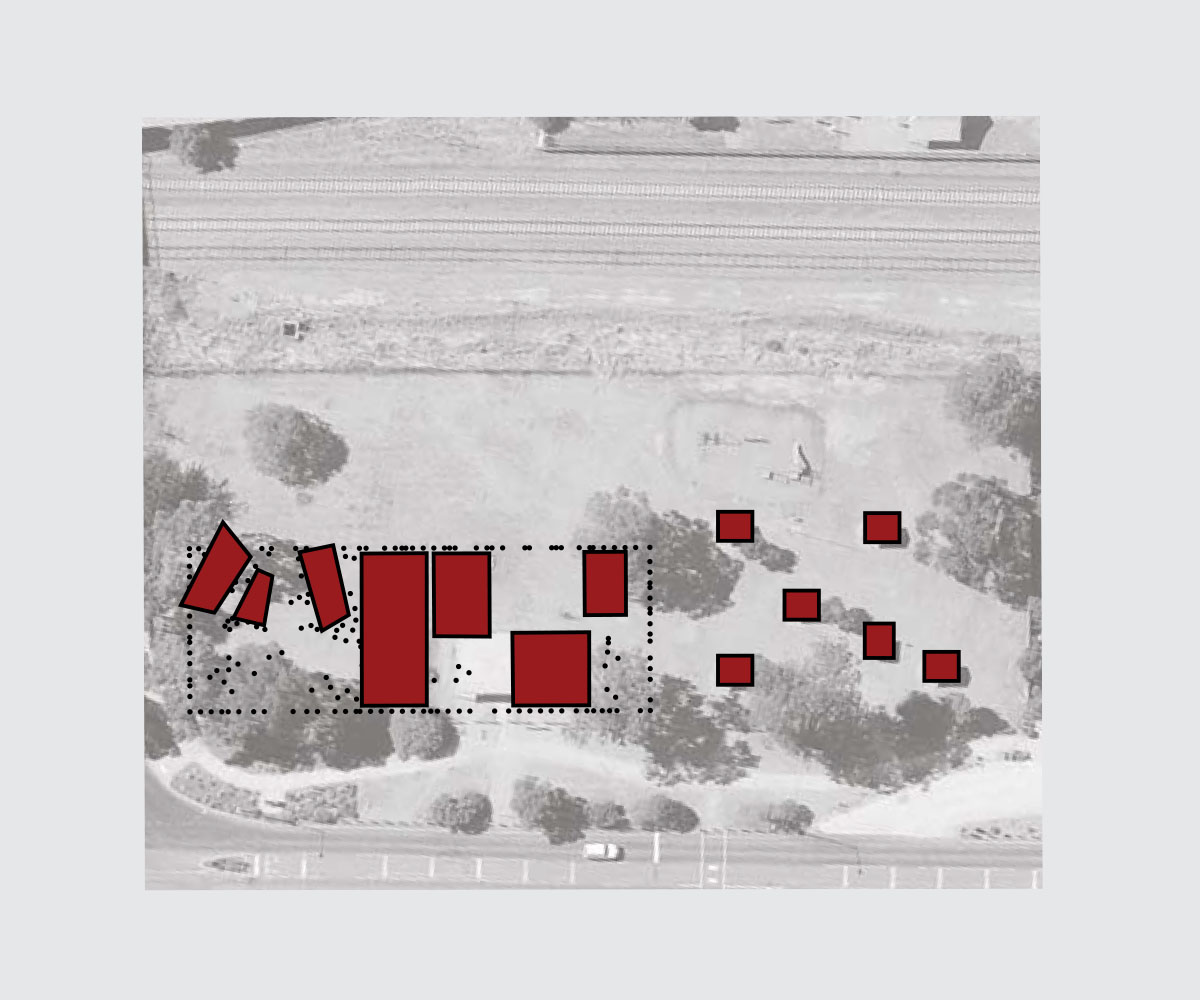 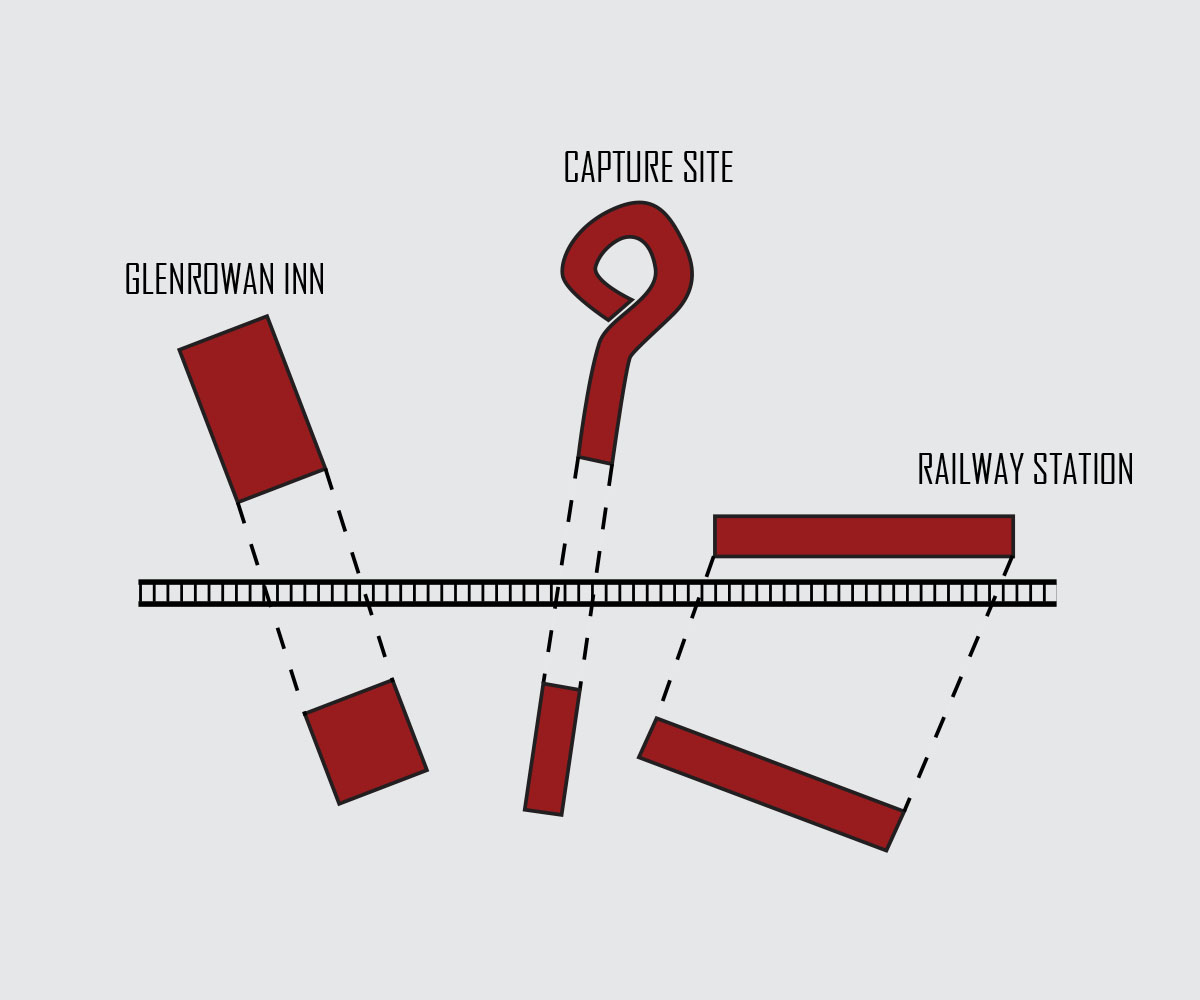 Ned Kelly’s final hours can be understood as a series of episodes and have provided the basis of storytelling in film: the railway station, where the gang threatened the station master, the Glenrowan Inn that was burnt down to flush out the gang, and the site where Ned Kelly himself was captured. The design draws on this episodic structure but in spatial terms, connecting visitors to each site and the relation between them. The focus on the communication and interpretation of the event is therefore not the new building, but rather is staged by this new building. 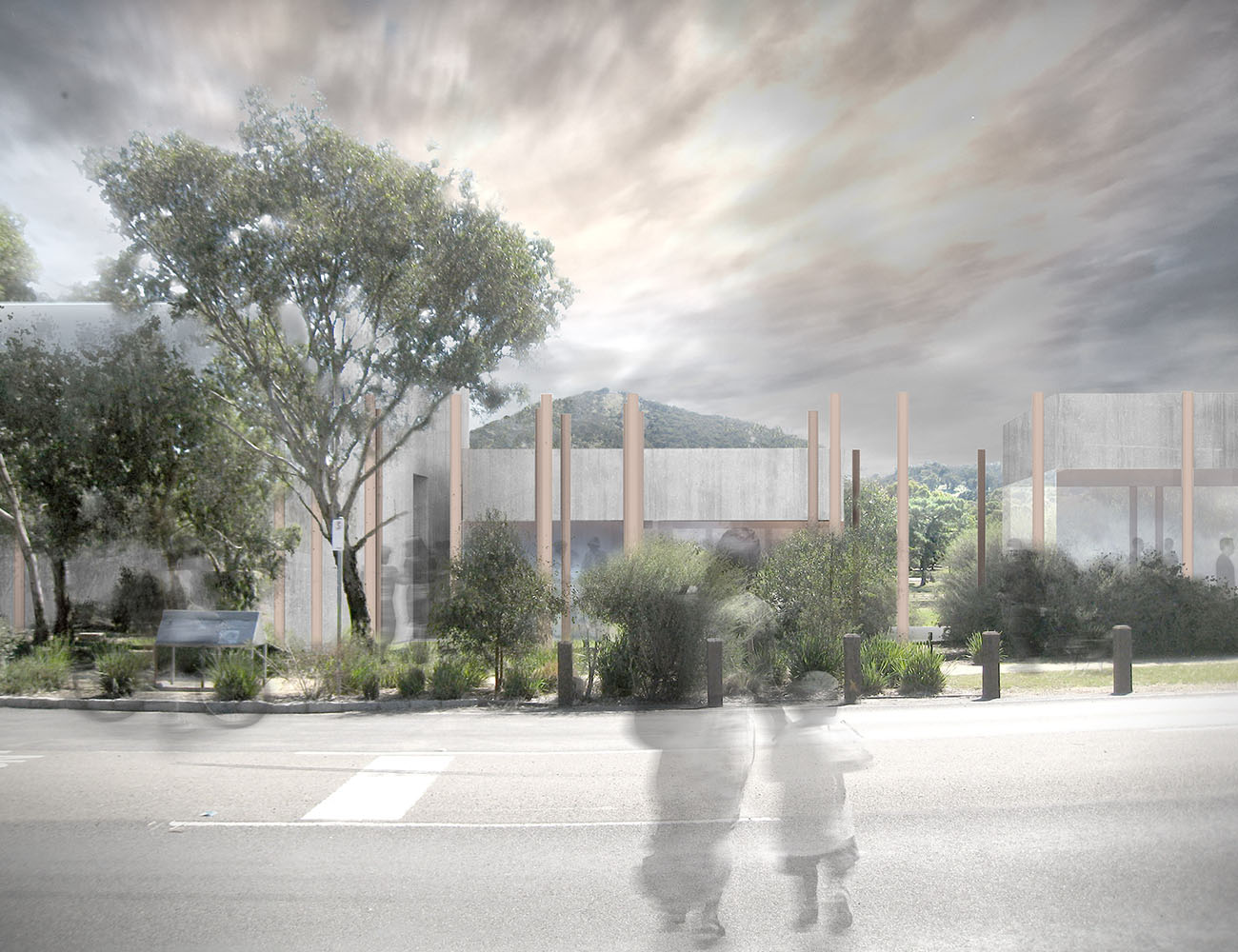 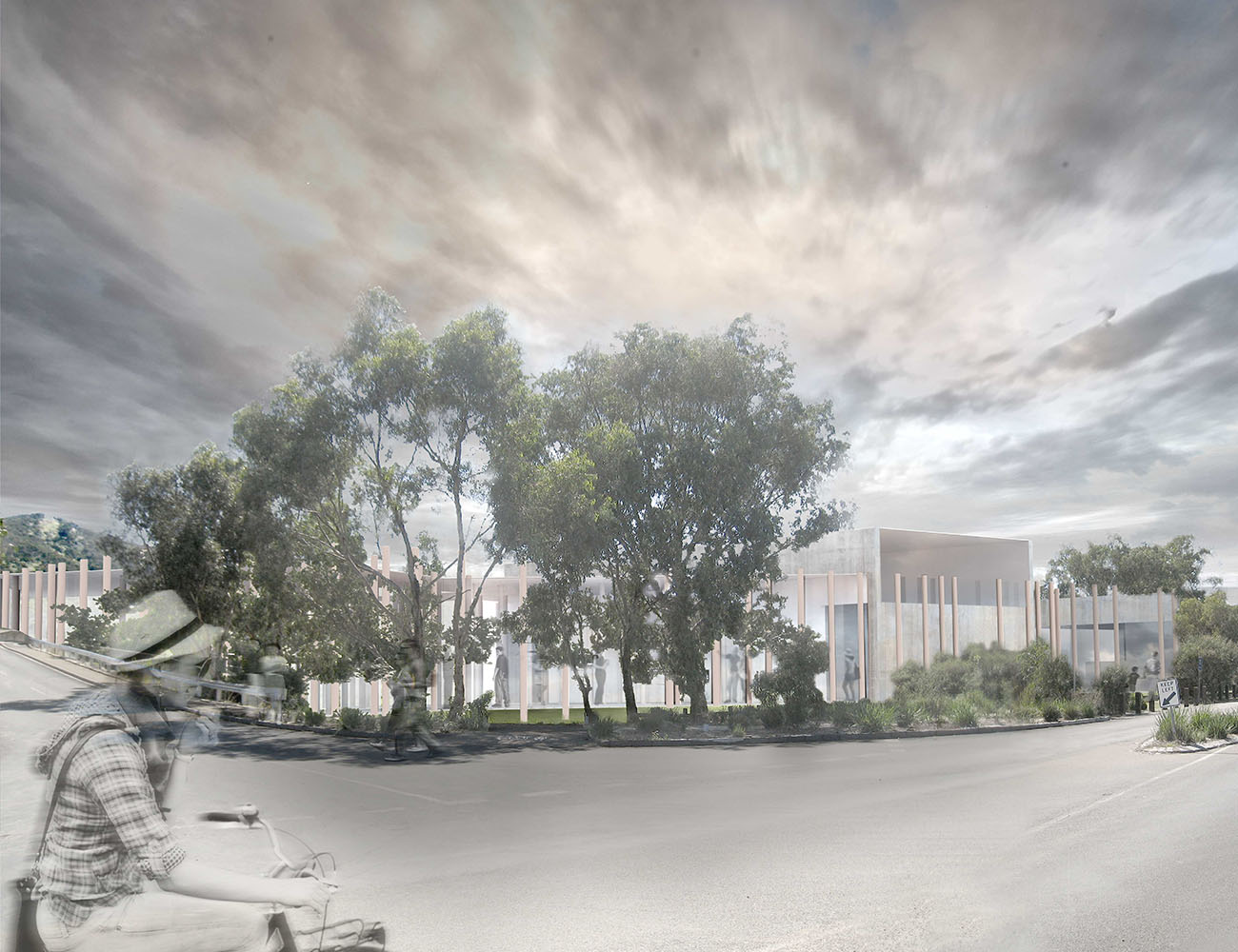 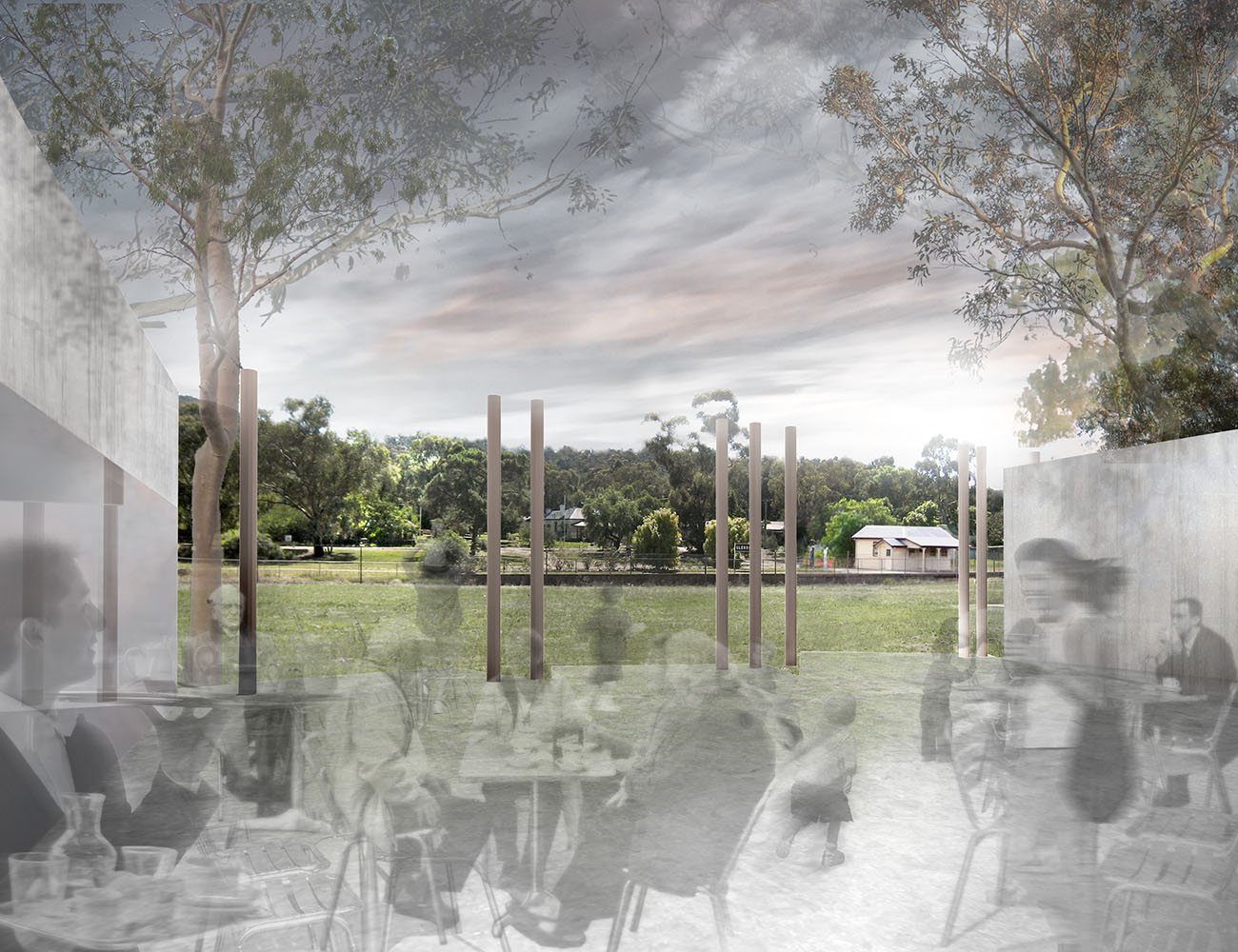 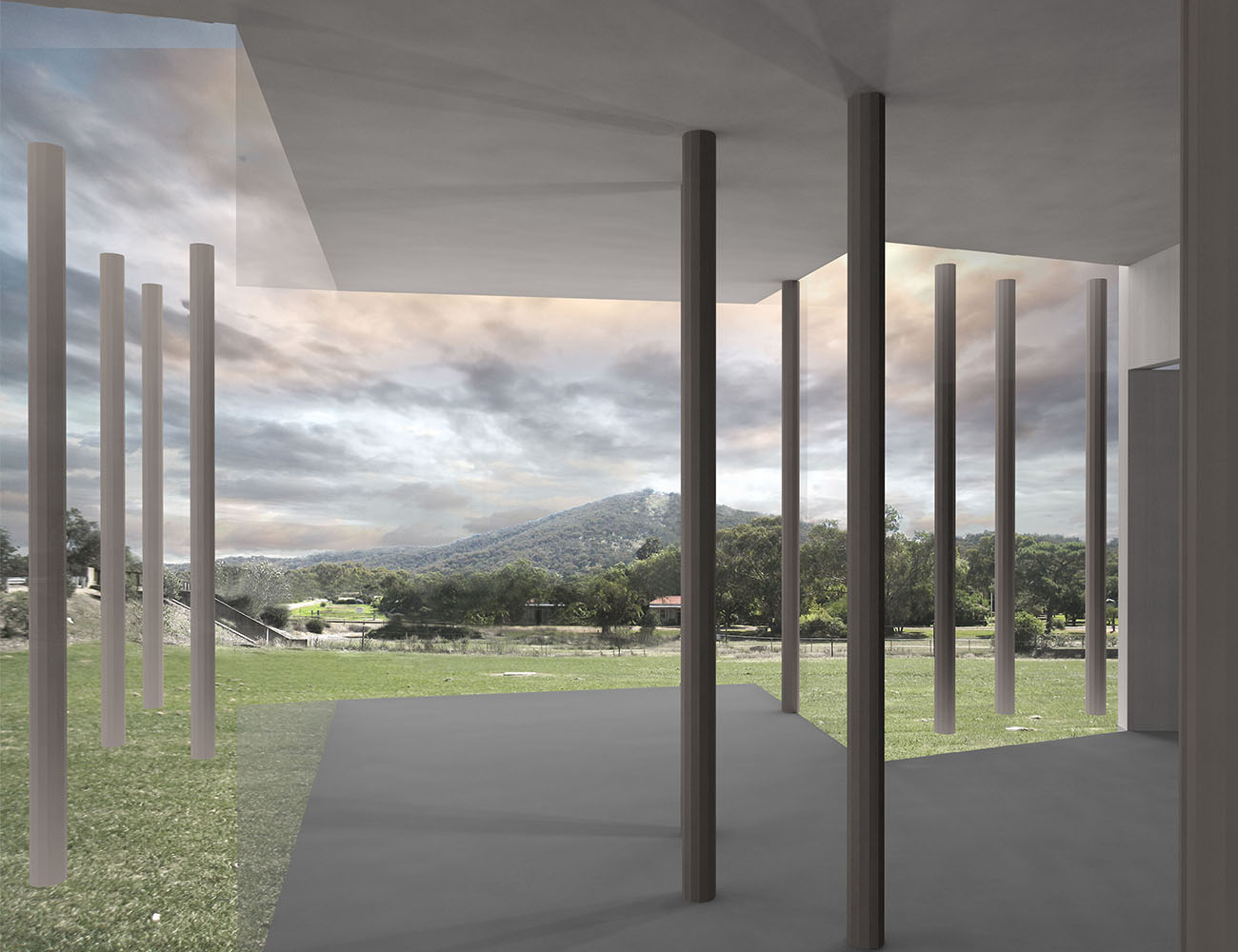 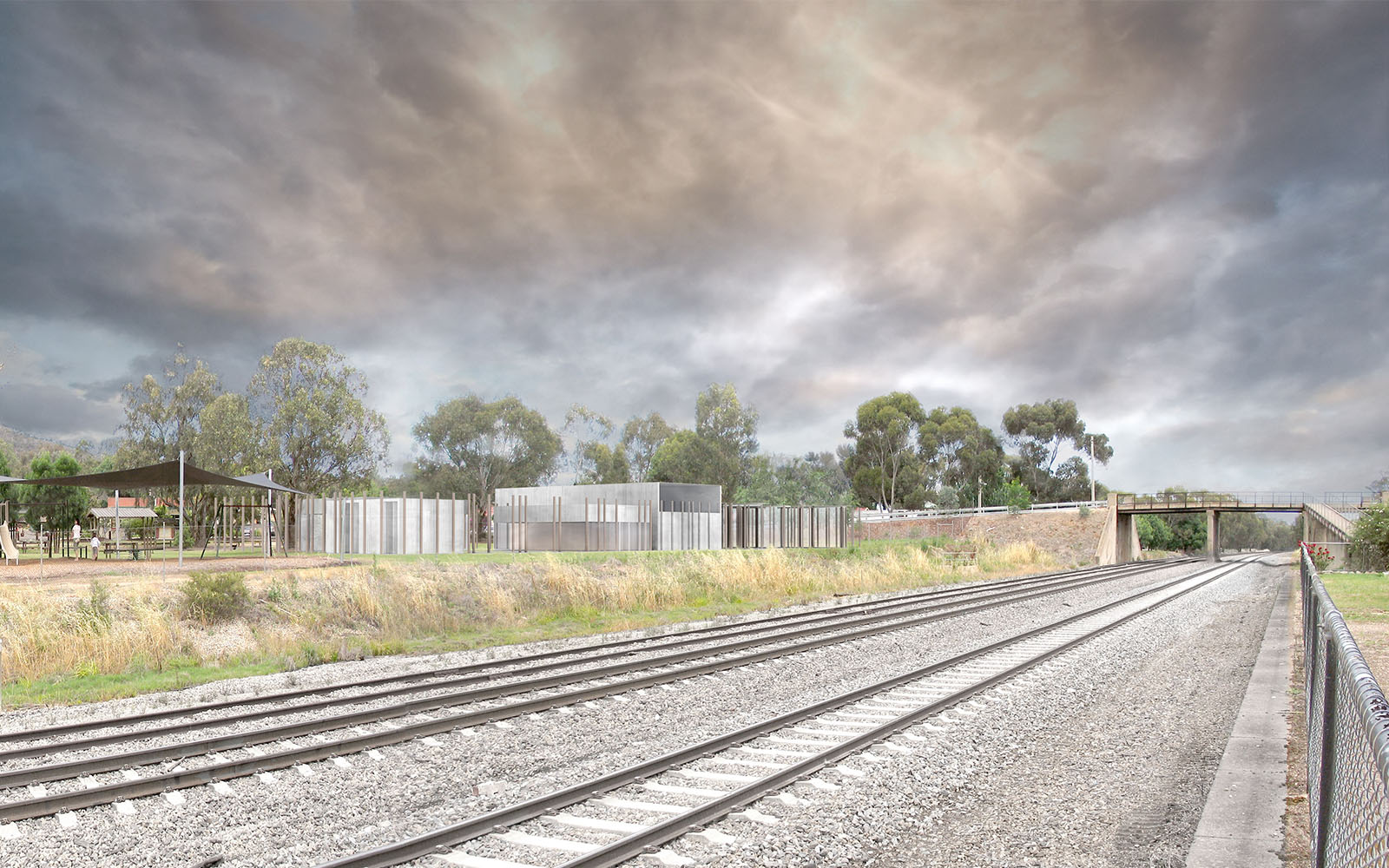 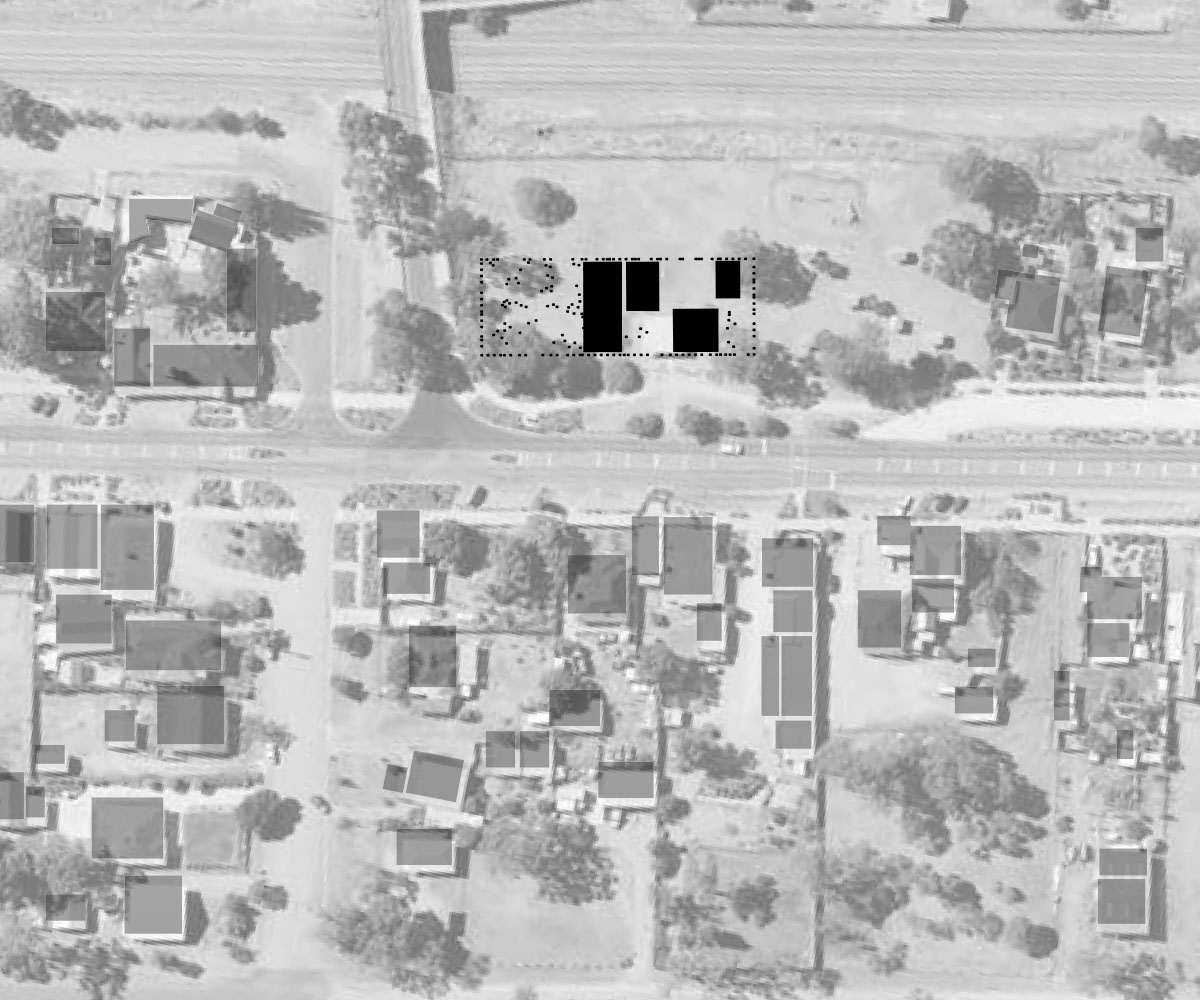 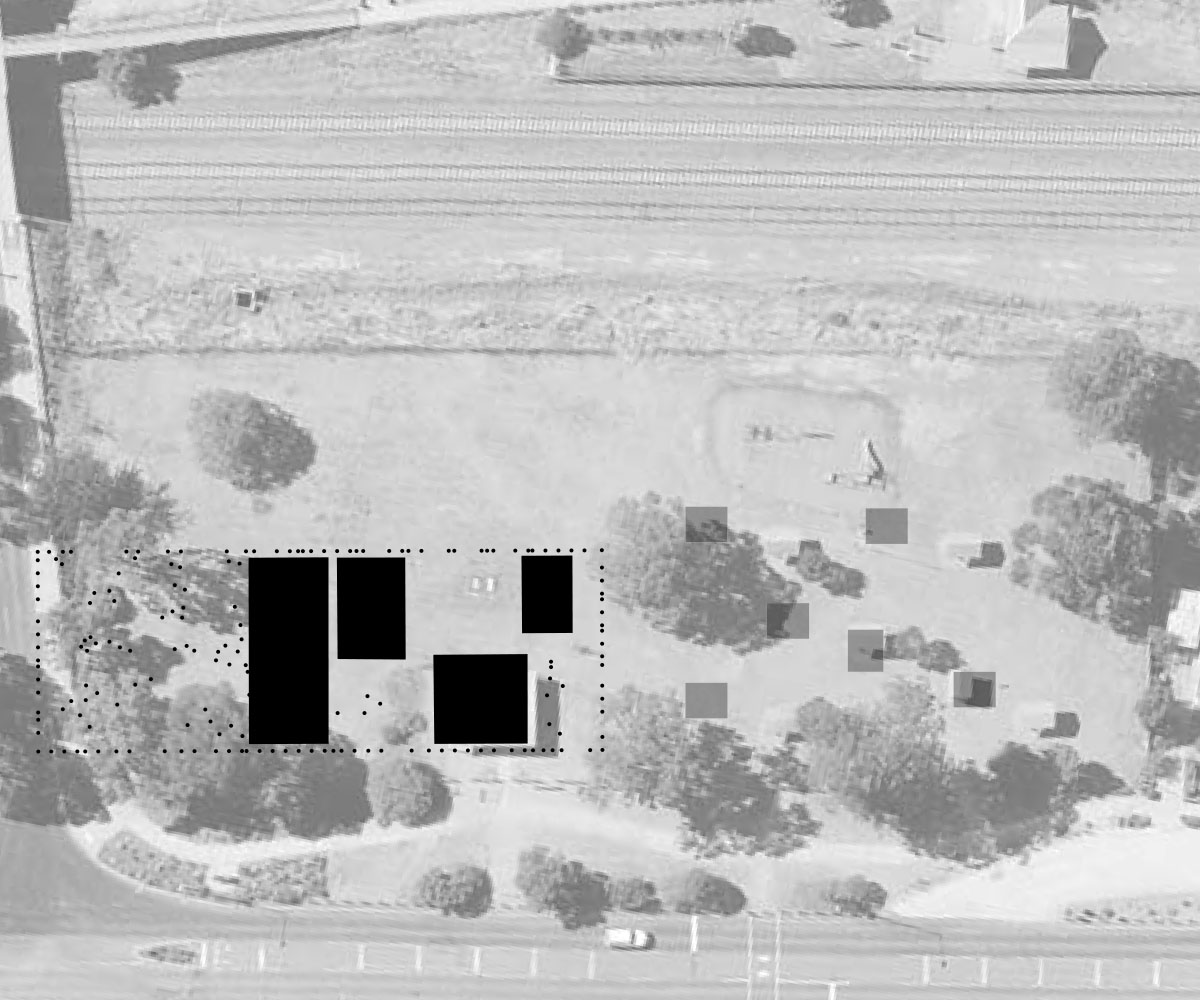 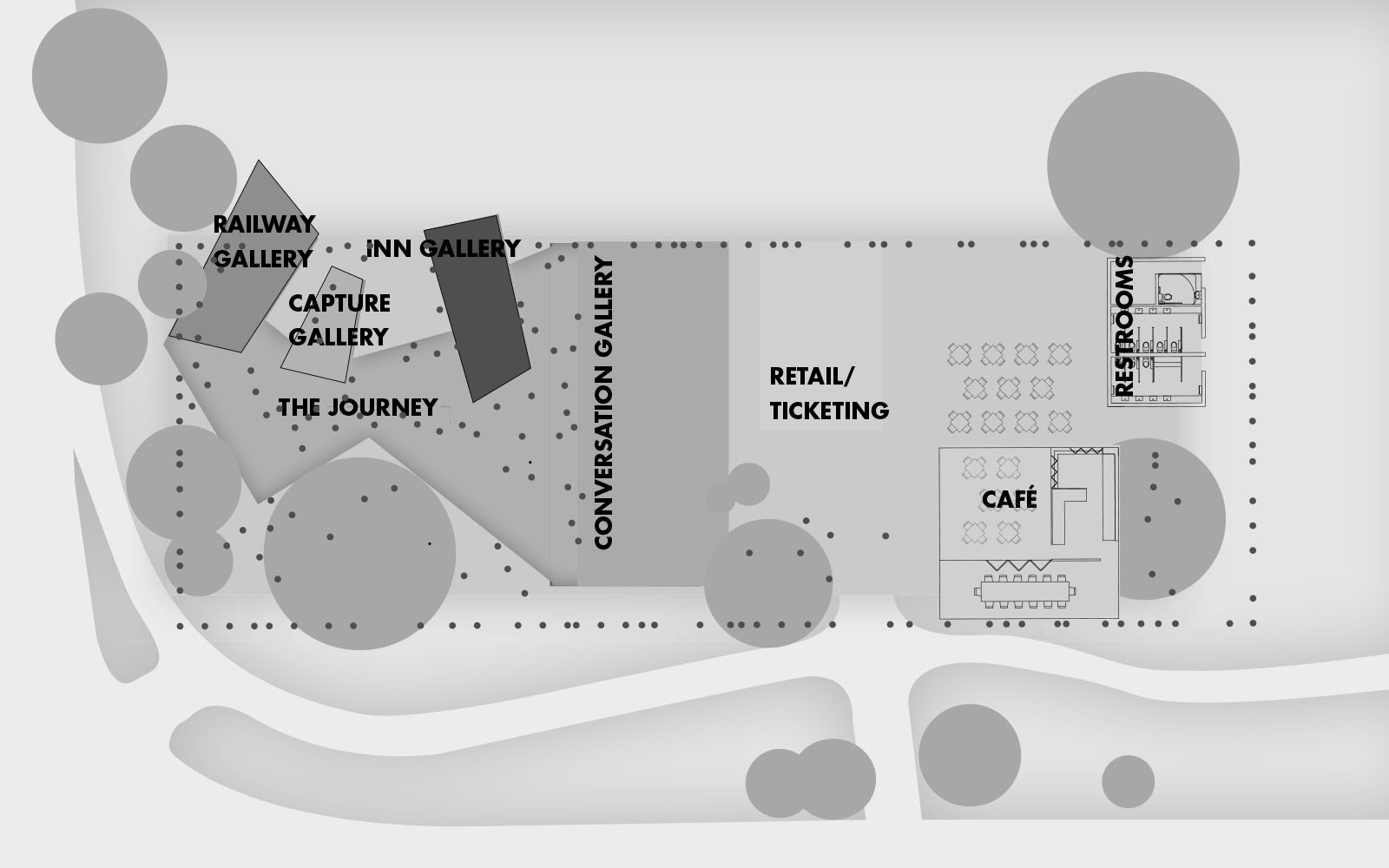