NRAS is short for National Rent Affordability Scheme, the Australian Government program via which this 400-apartment student housing project was realised. The benefits of such a scheme are well understood, although the mathematical logic that this program bought to the budget resulted in an extremely lean space-finance ratio.

The leanness of the equation meant that the inevitable outcome would likely be a series of blocks with units arranged along internal corridors, like a standard hotel. The project is an exploration of how the design could build off this basic circulation provision in order to achieve a more nuanced and elaborate spatial arrangement, which in turn could also provide unforeseen social opportunities.  The result was a system whereby the main corridors had two primary additions: small ‘interstices’ that broke up the monotony of the corridor and provided small seating places and larger communal areas that terminated these or made junctions between to perpendicular sets of rooms. Thus, the basic and most limited circulation system evolved into a larger ecosystem of spaces. 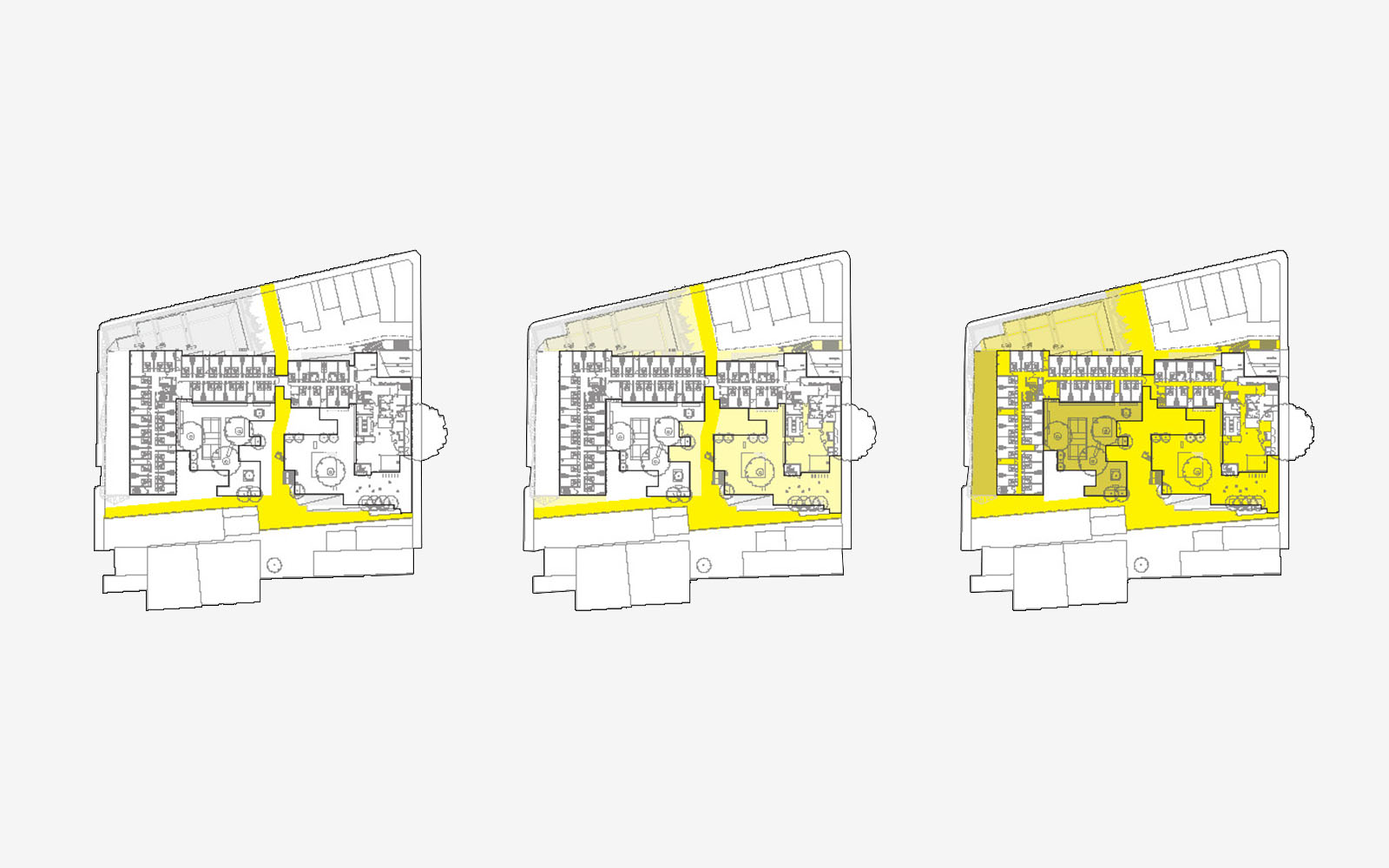 The spatial system plugs into a ground plane that is organised around the historic local connection across the site – a diagonal traverse from the high point to low. Both systems are connected through a variety of other spaces that range from a large public room on the street, education centre, and a mesh-clad carpark that is used for skating, ball games and other activities. A multi-layered set of third spaces, many of which were extracted from within the logics of conventional briefed elements, challenge users to occupy the site in different constellations and at different scales, providing a means for the international student occupants to forge a communal project. 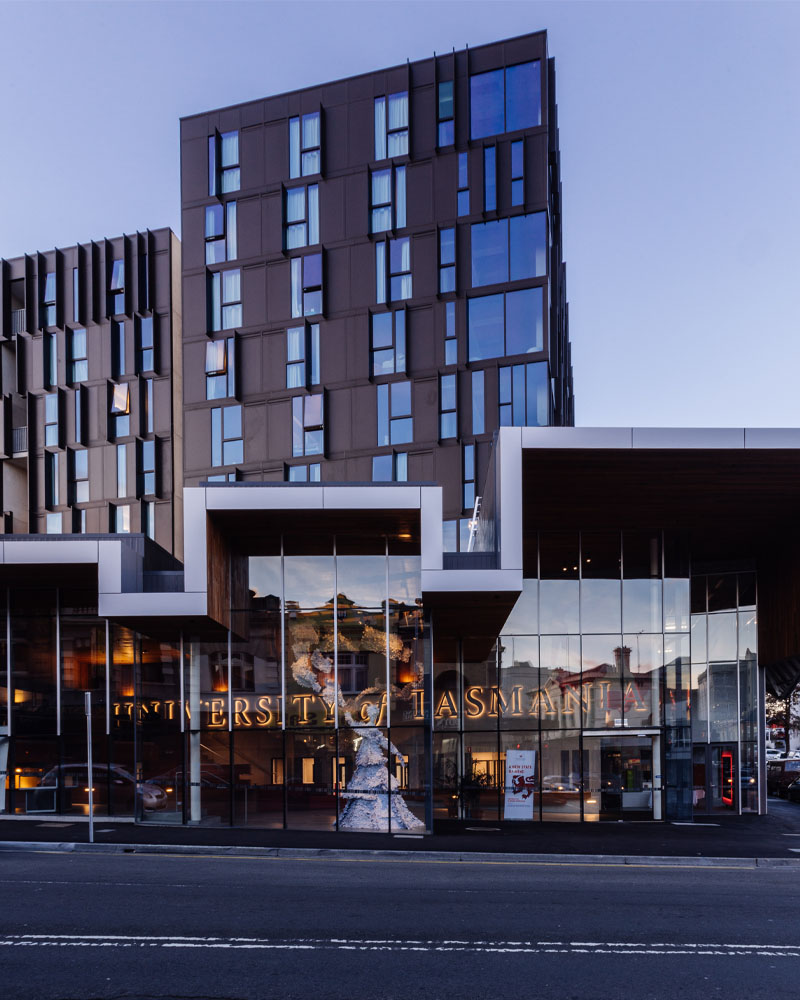 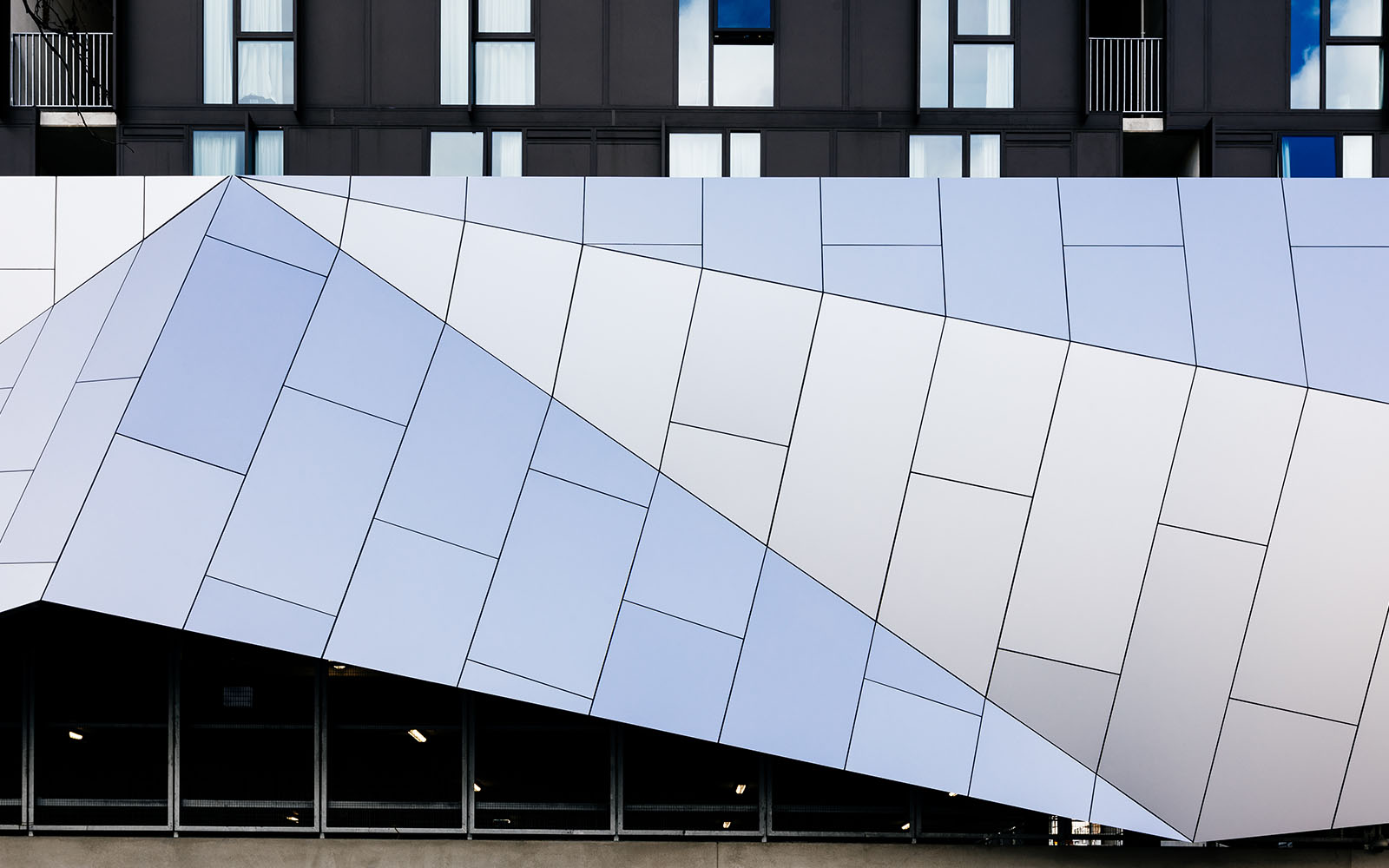 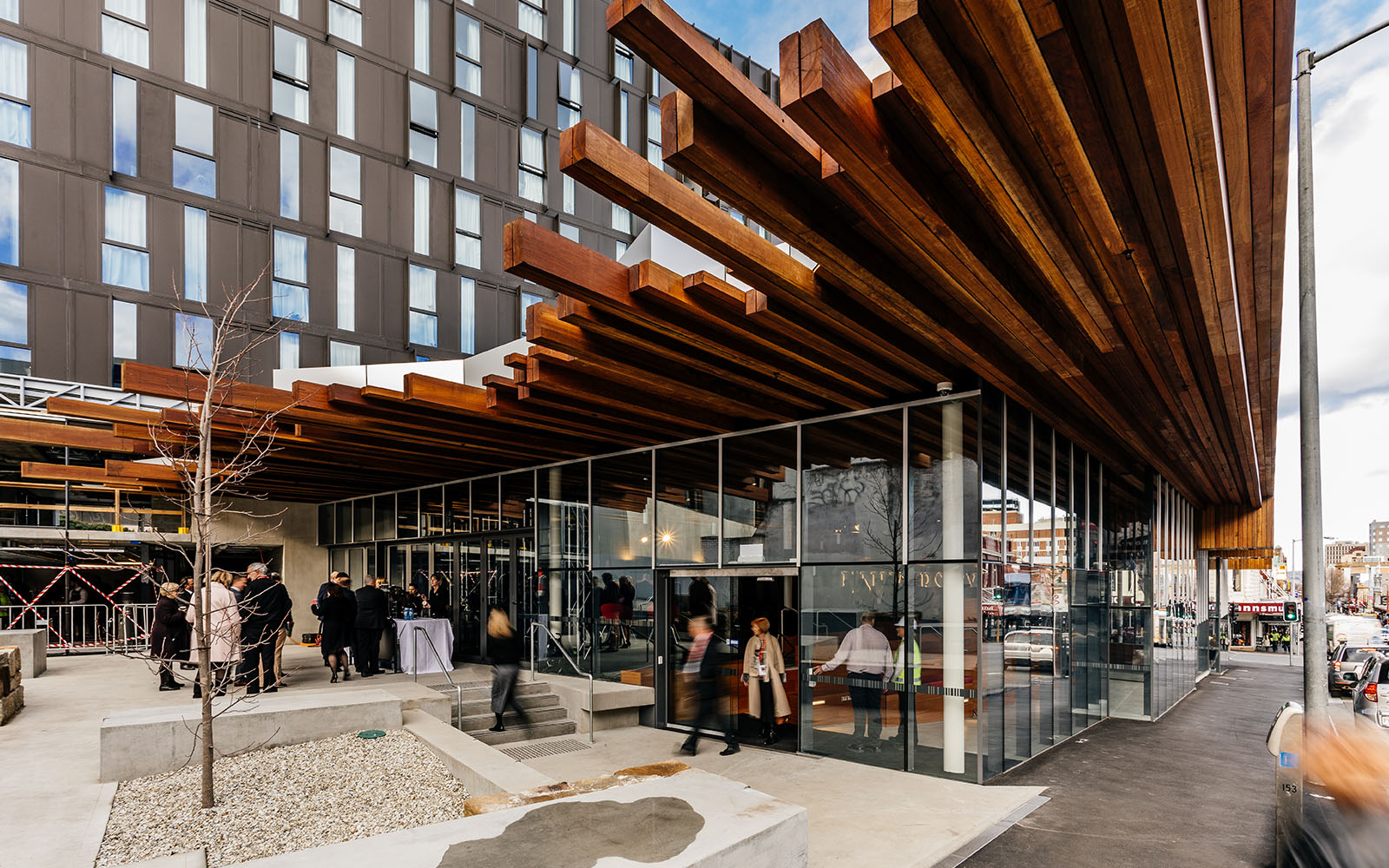 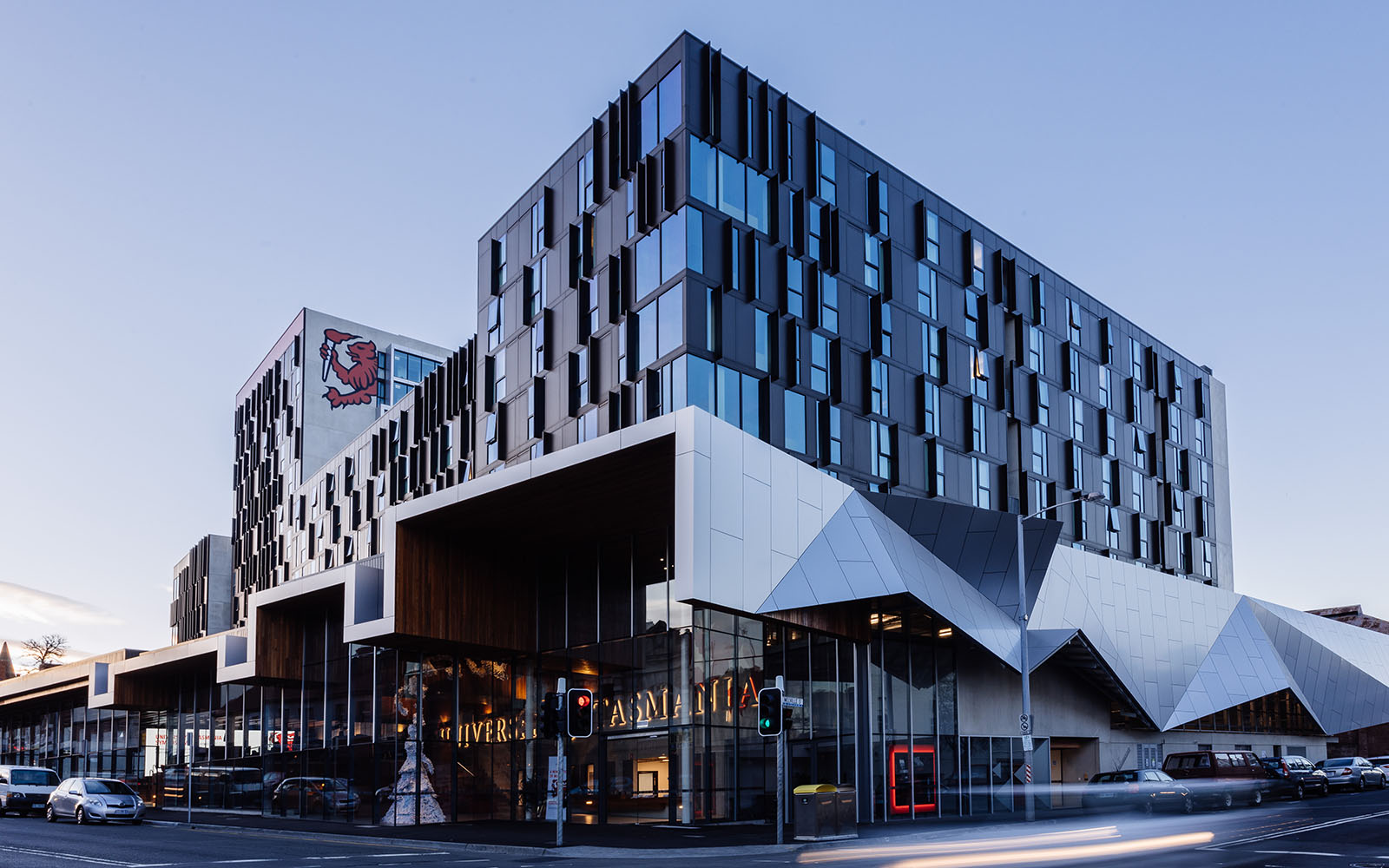 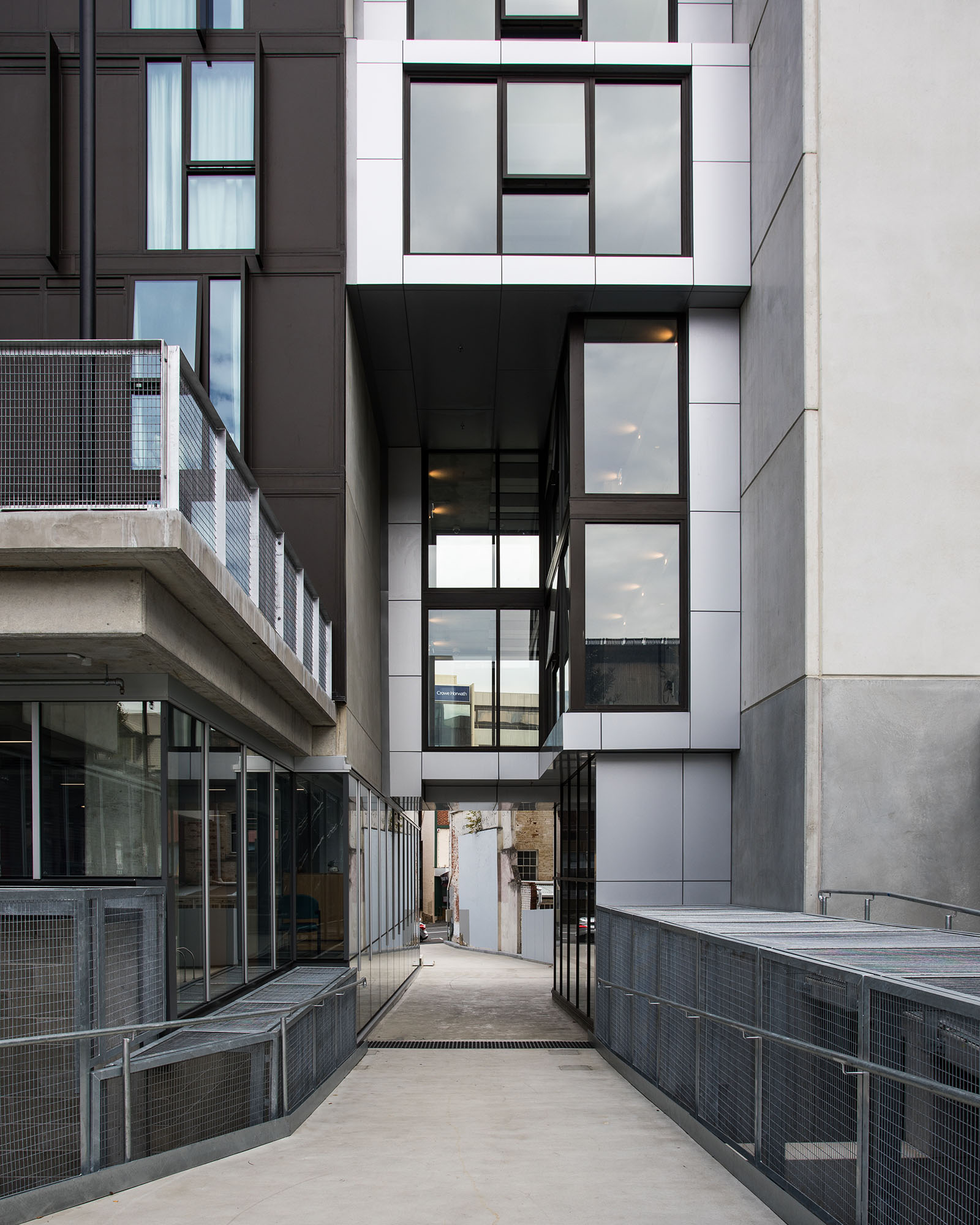 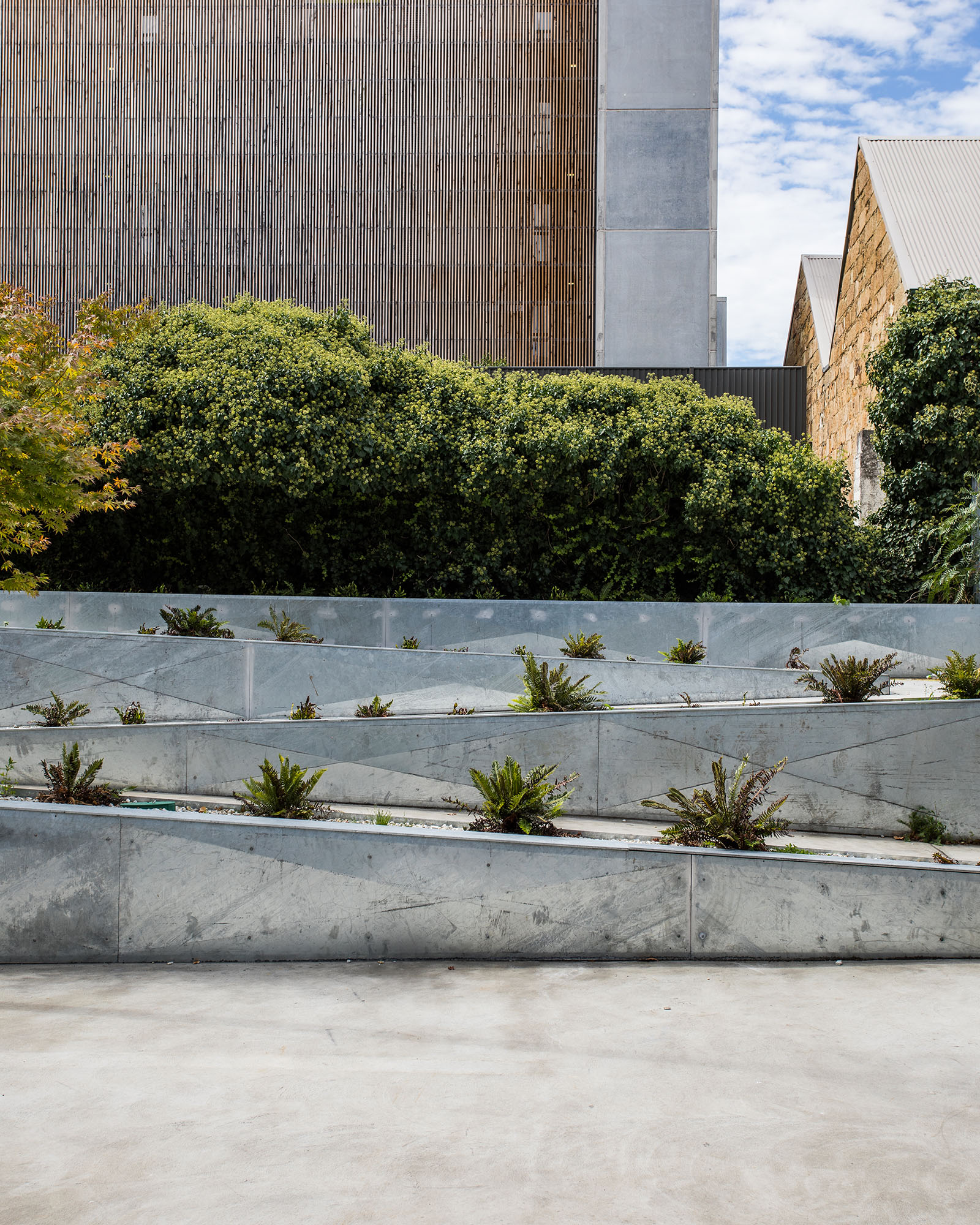 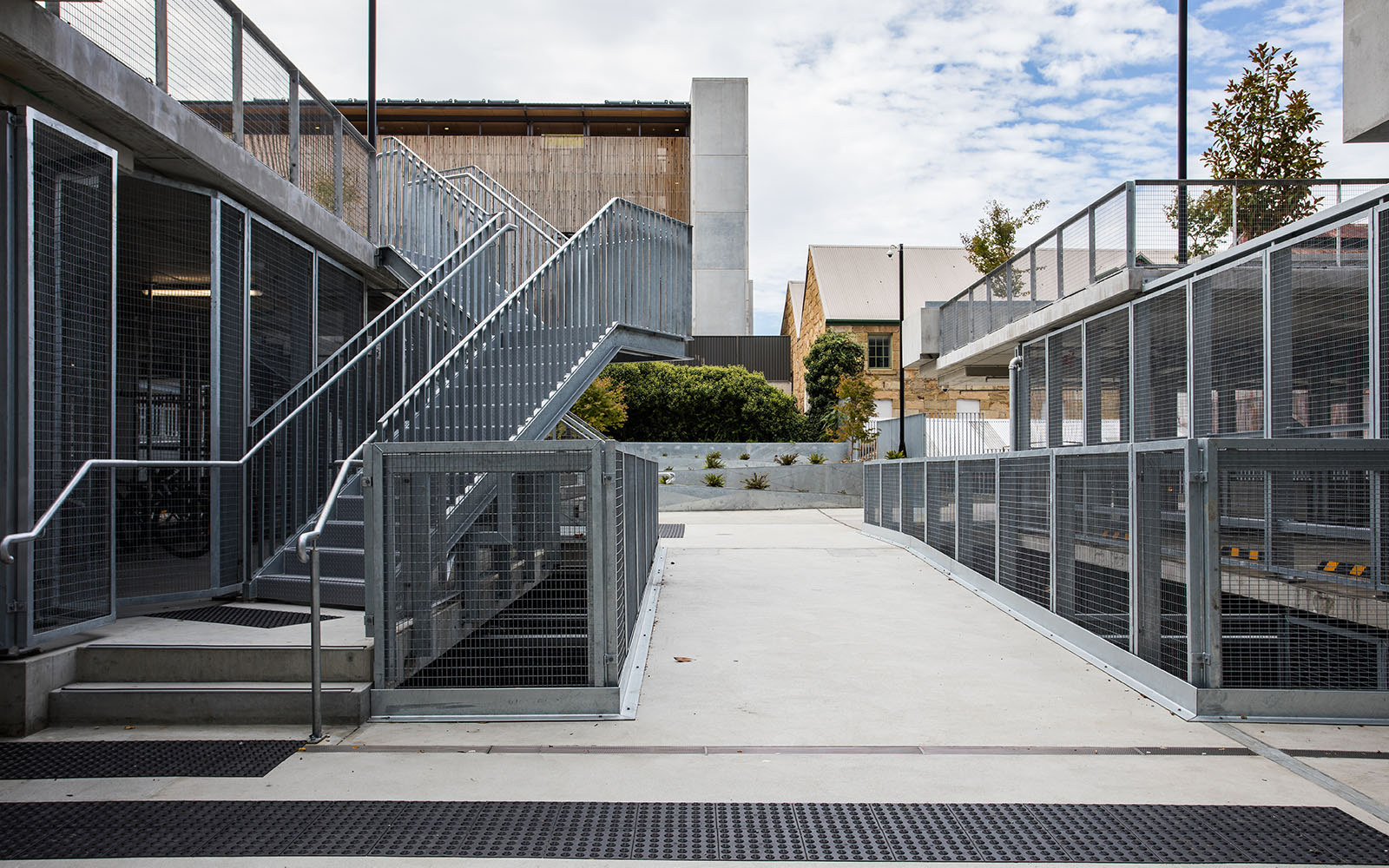 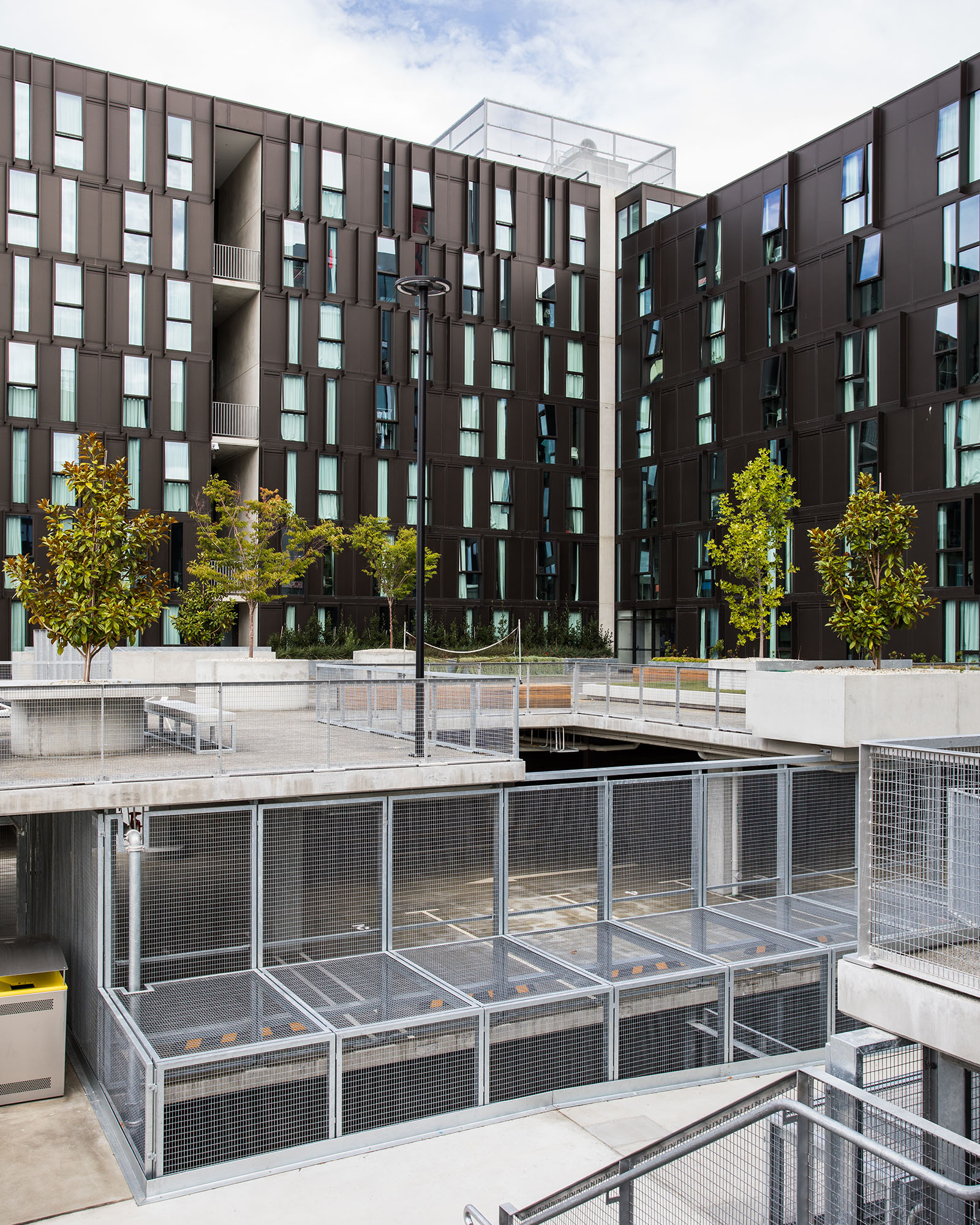 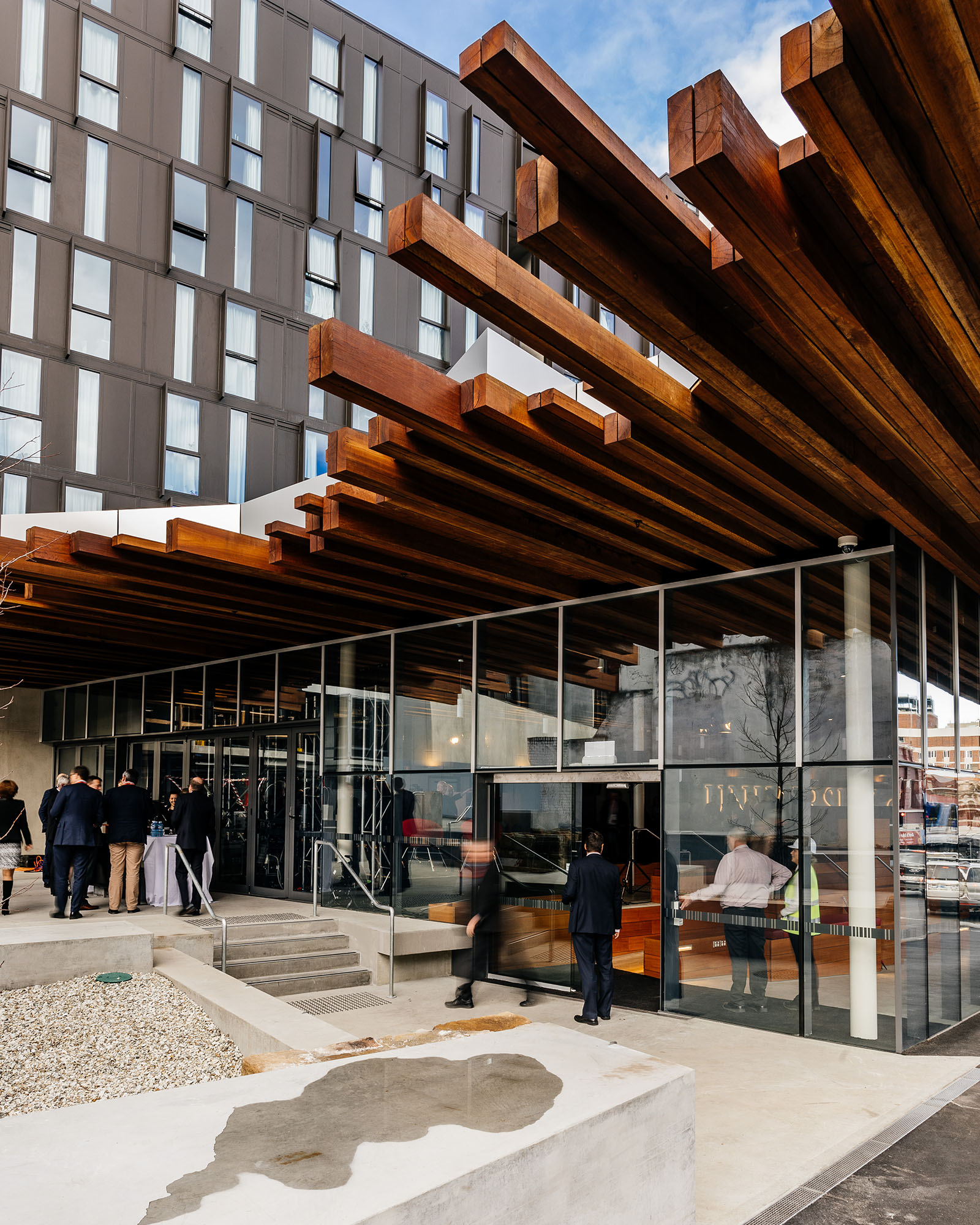 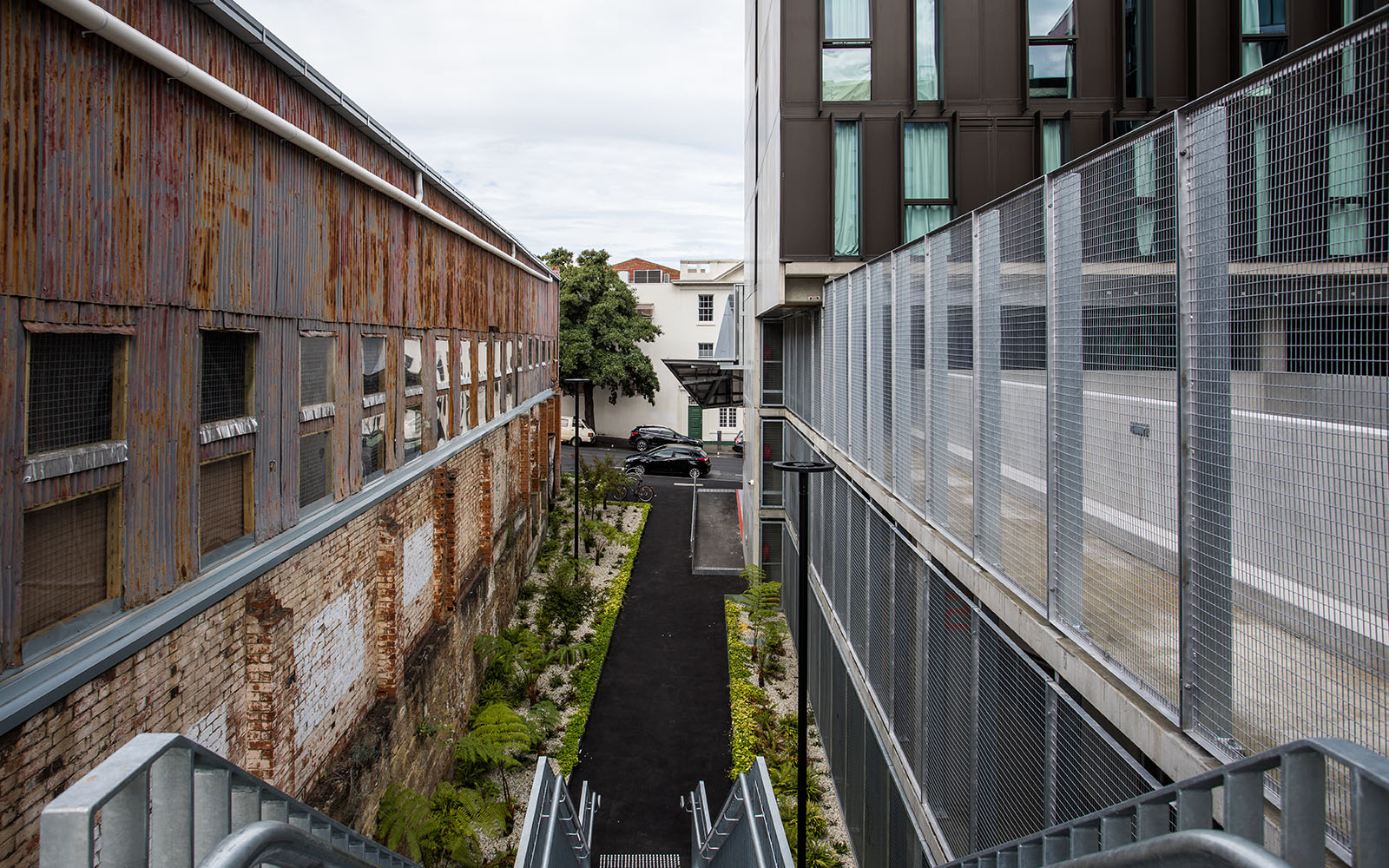 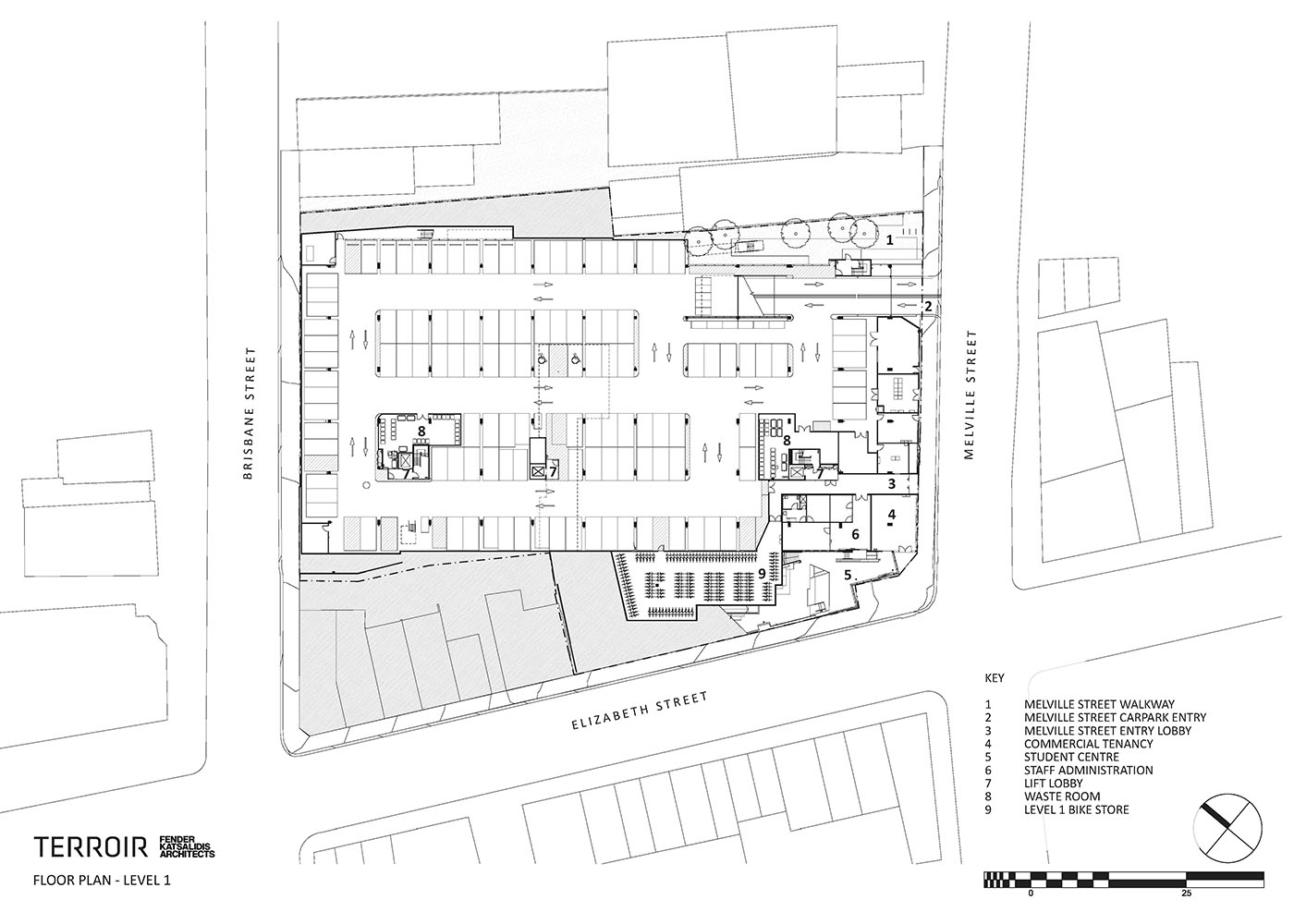 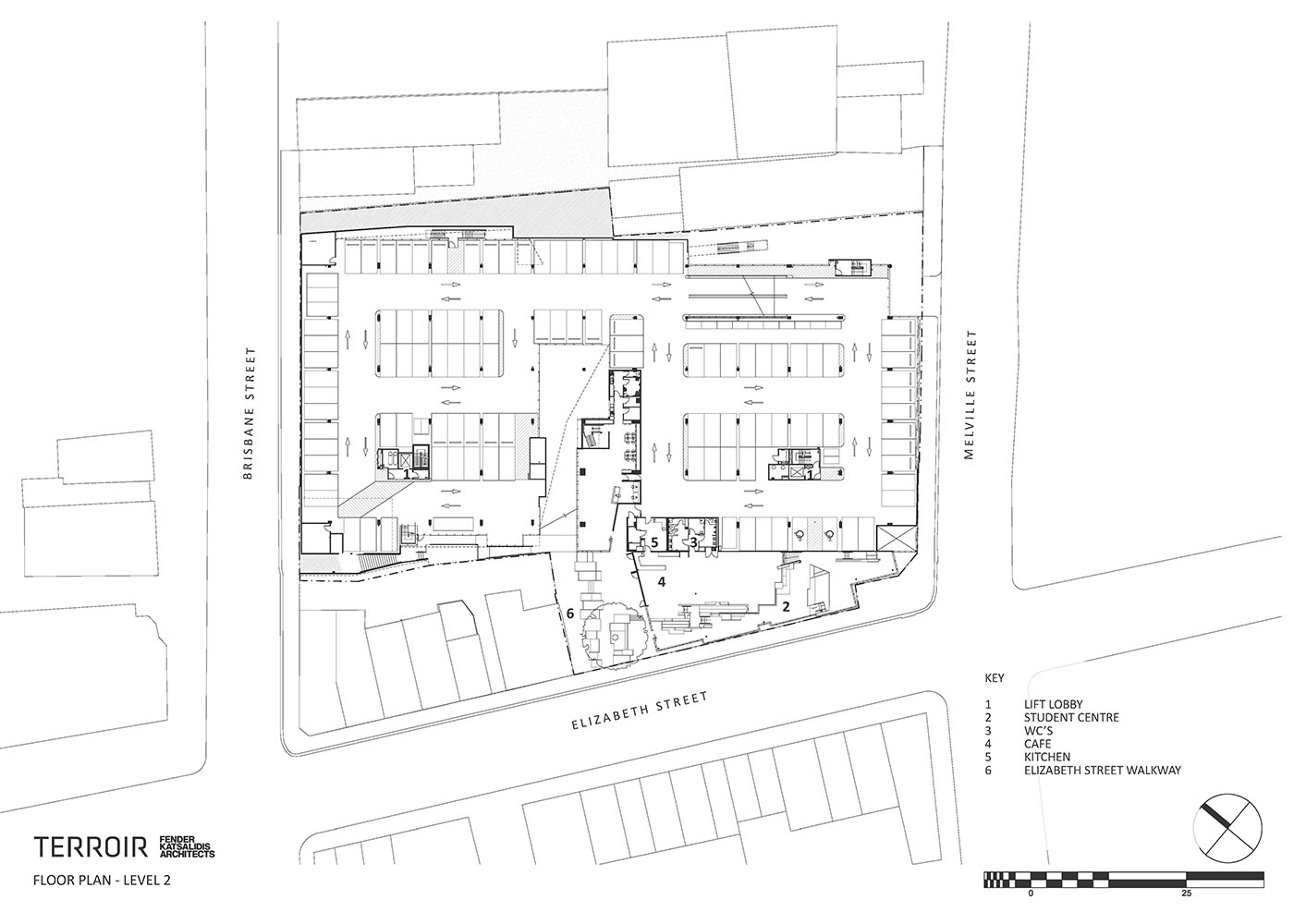 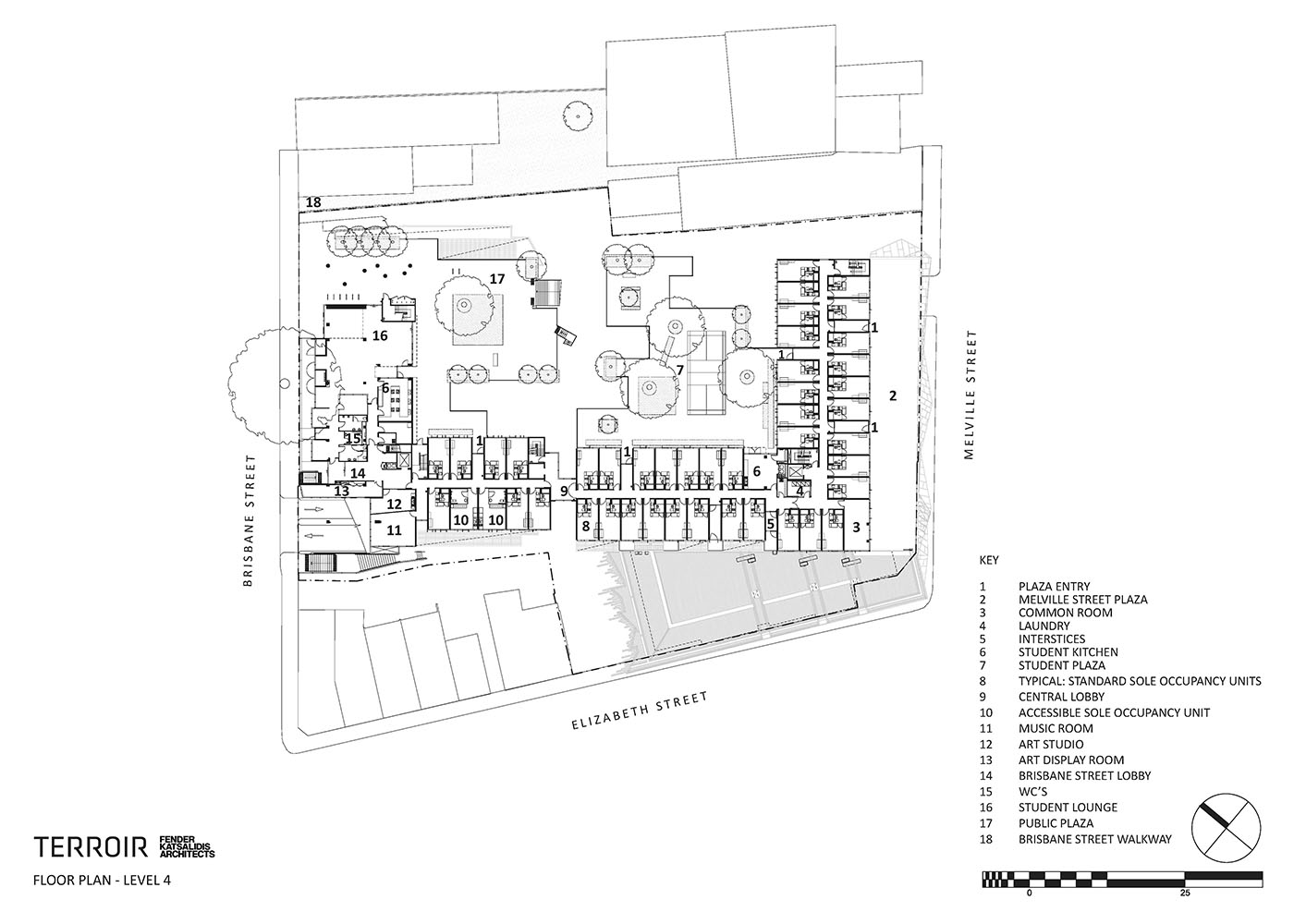 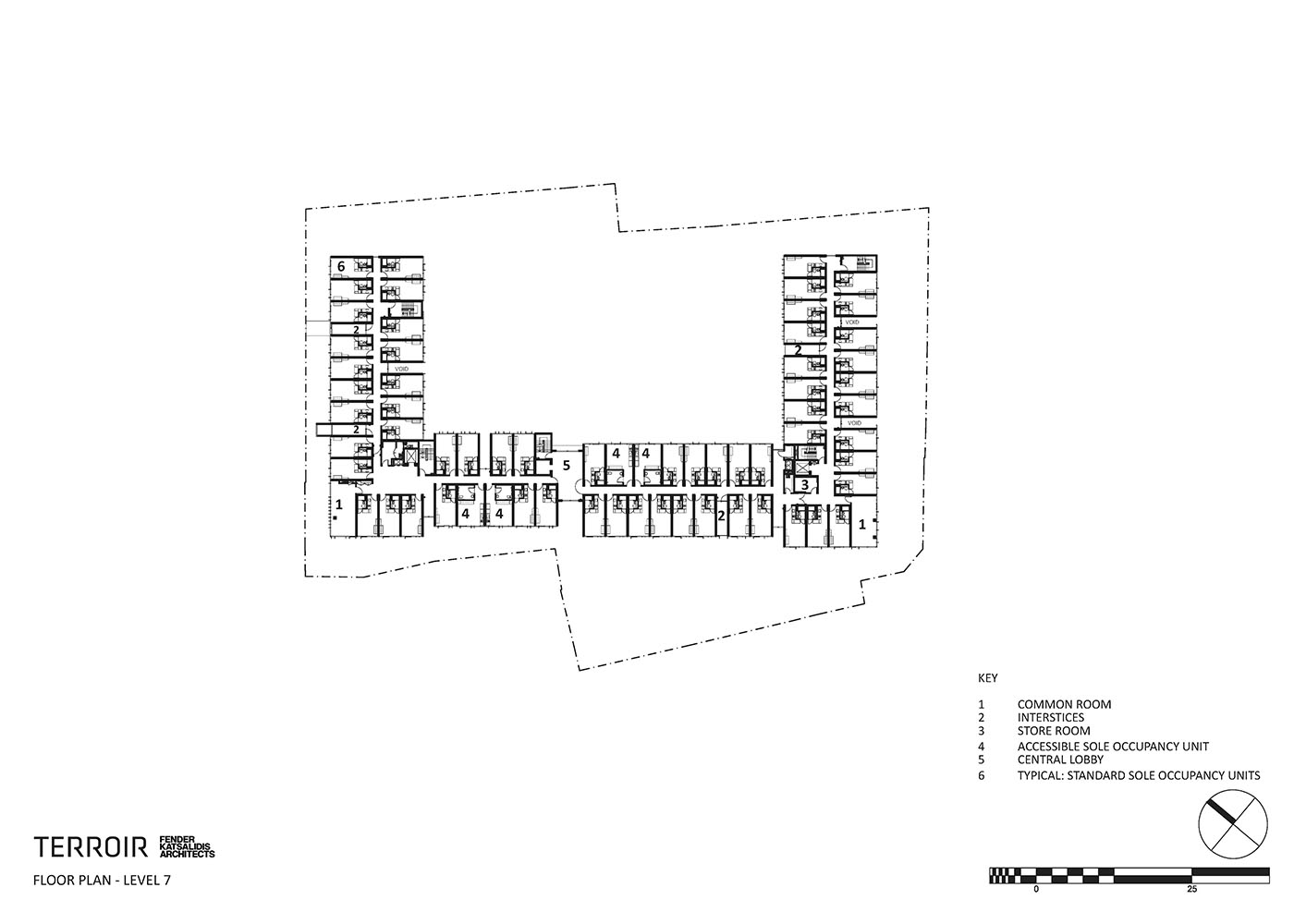 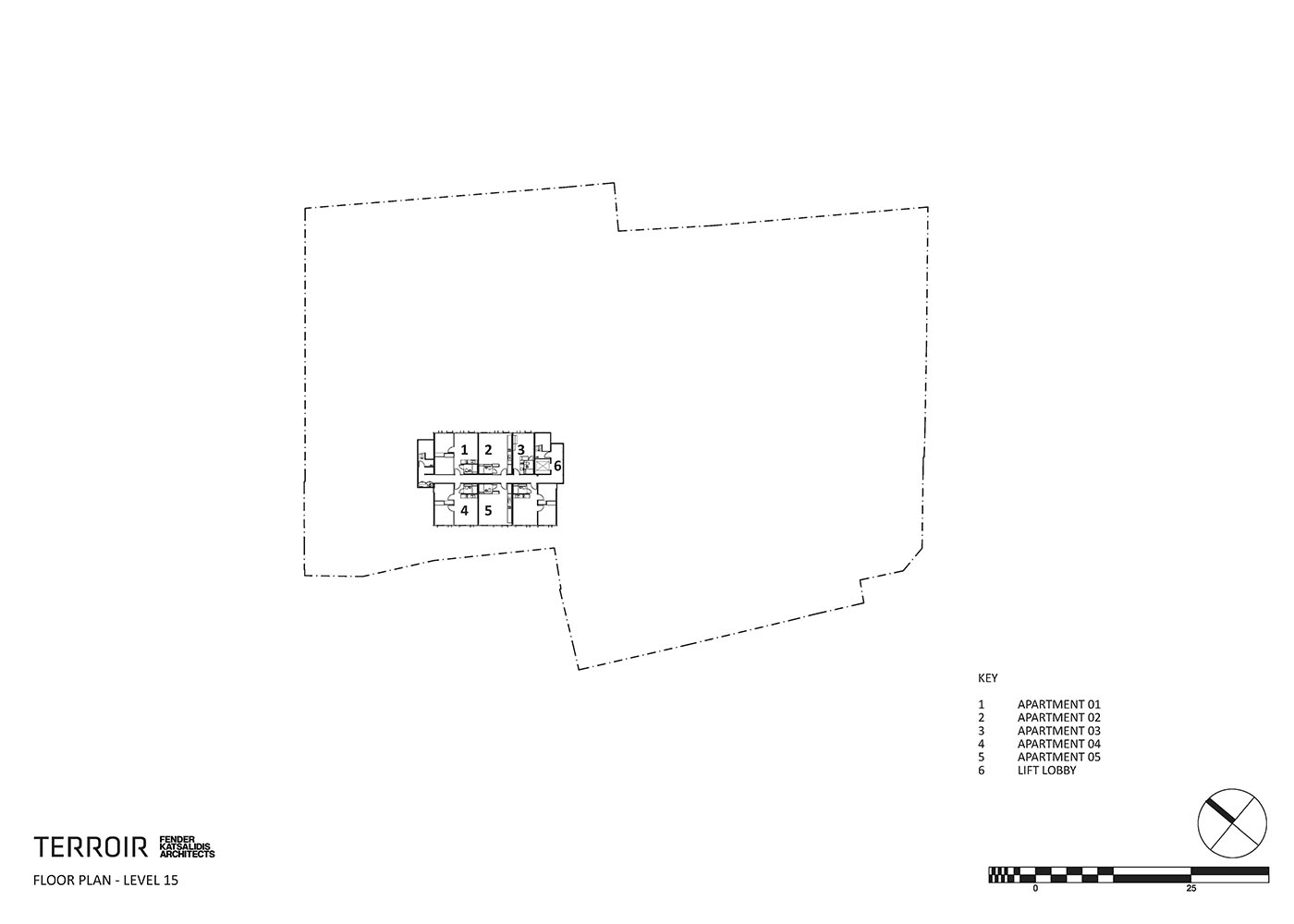 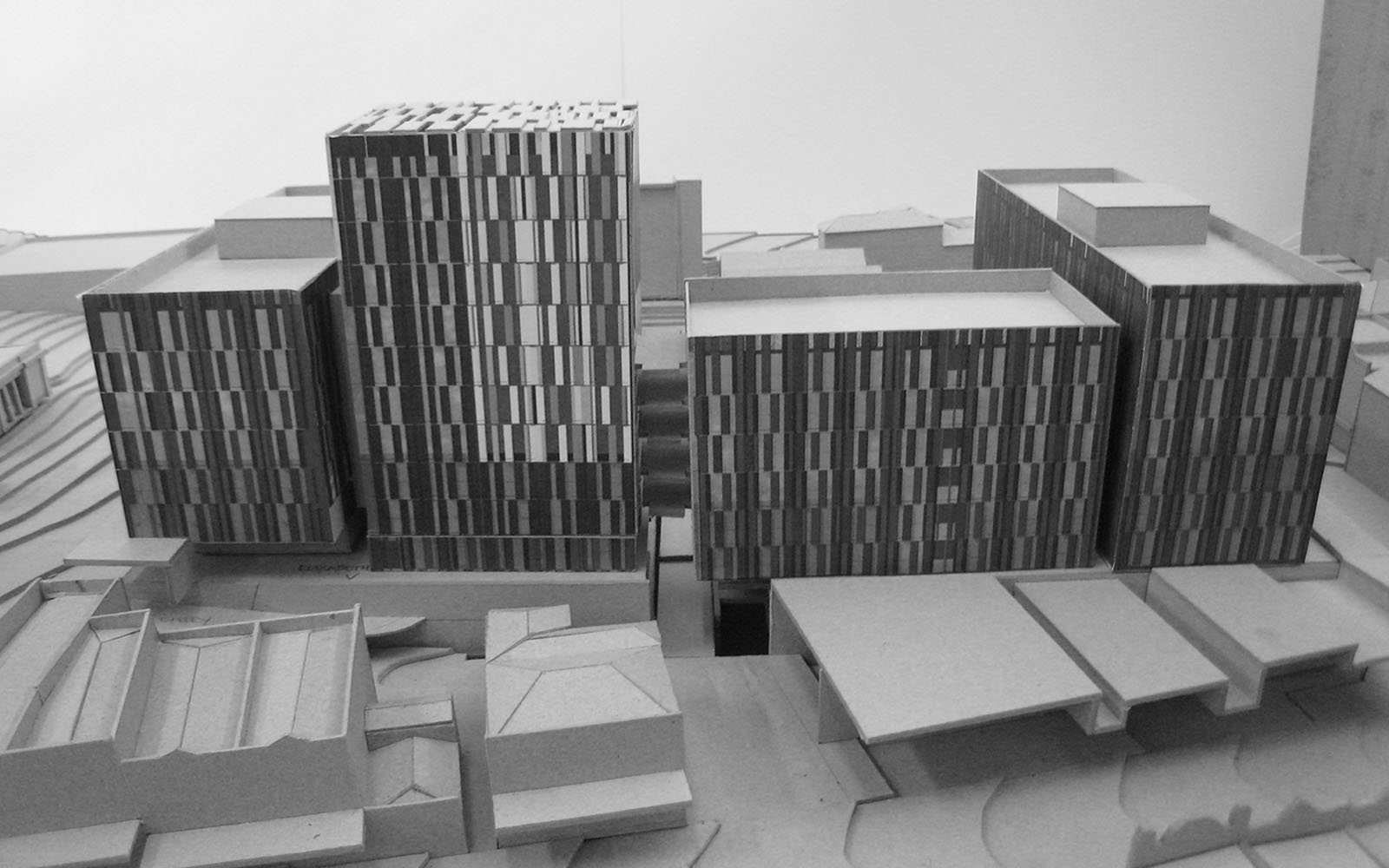 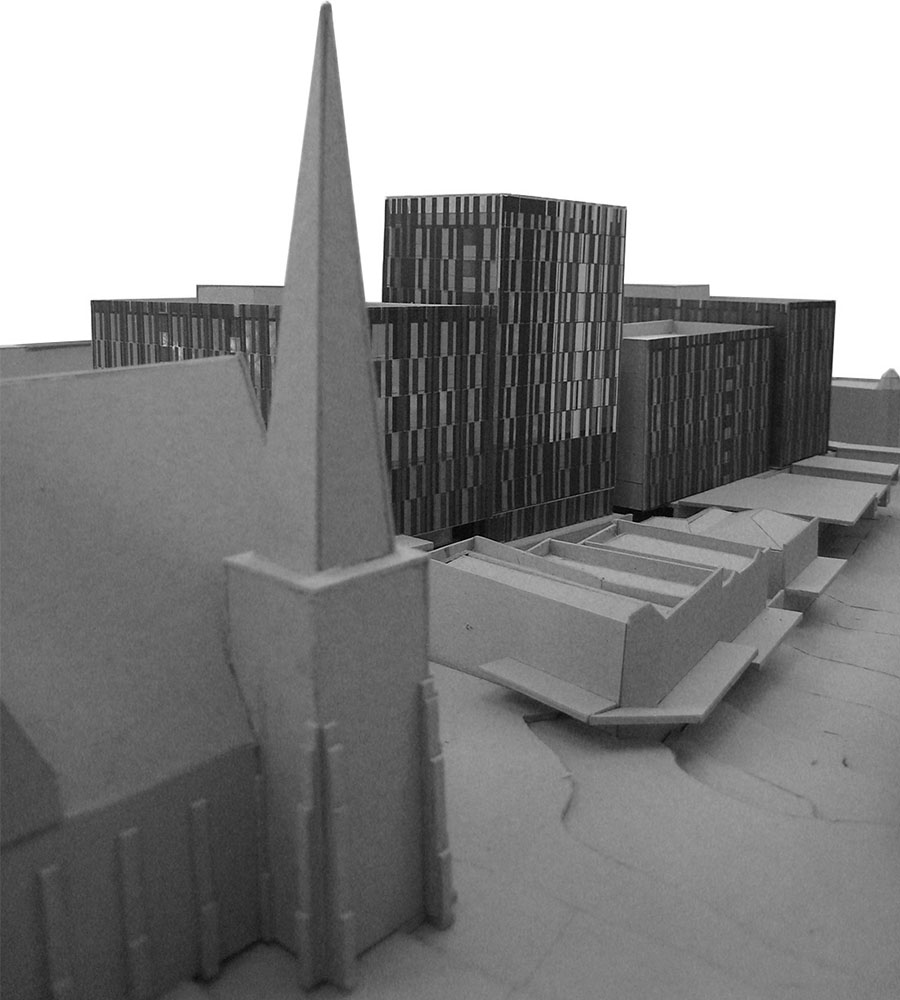 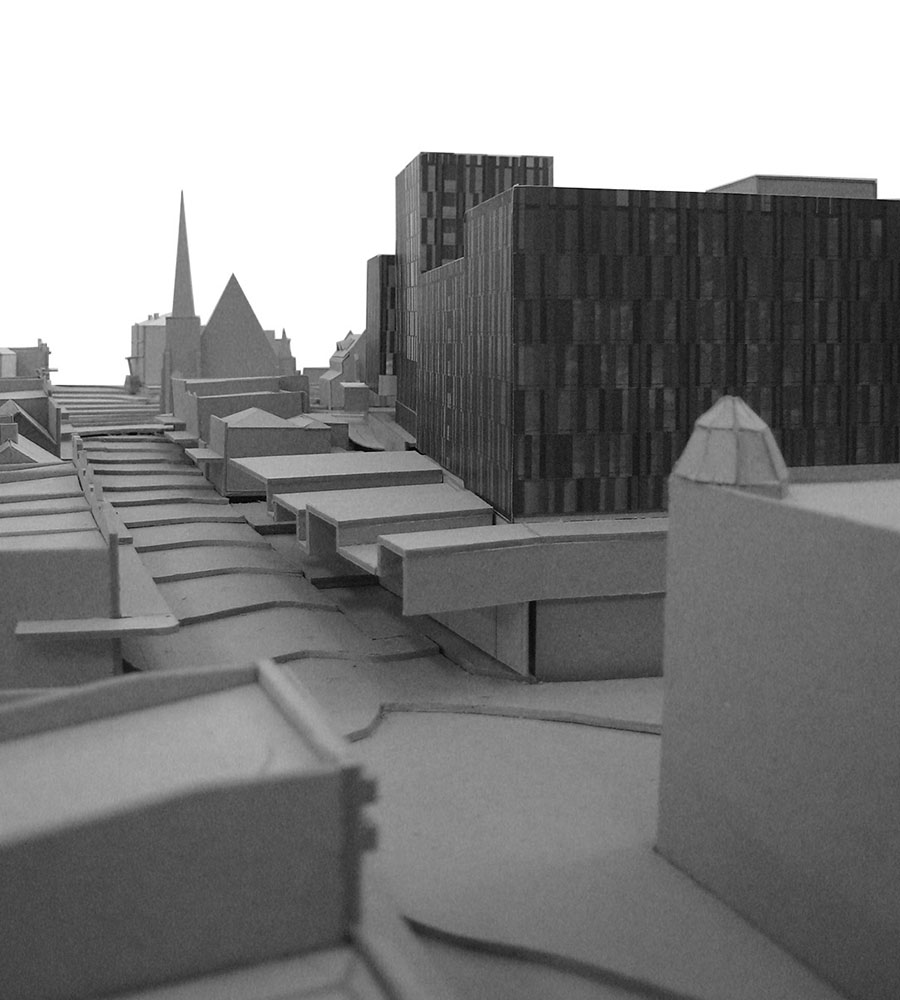 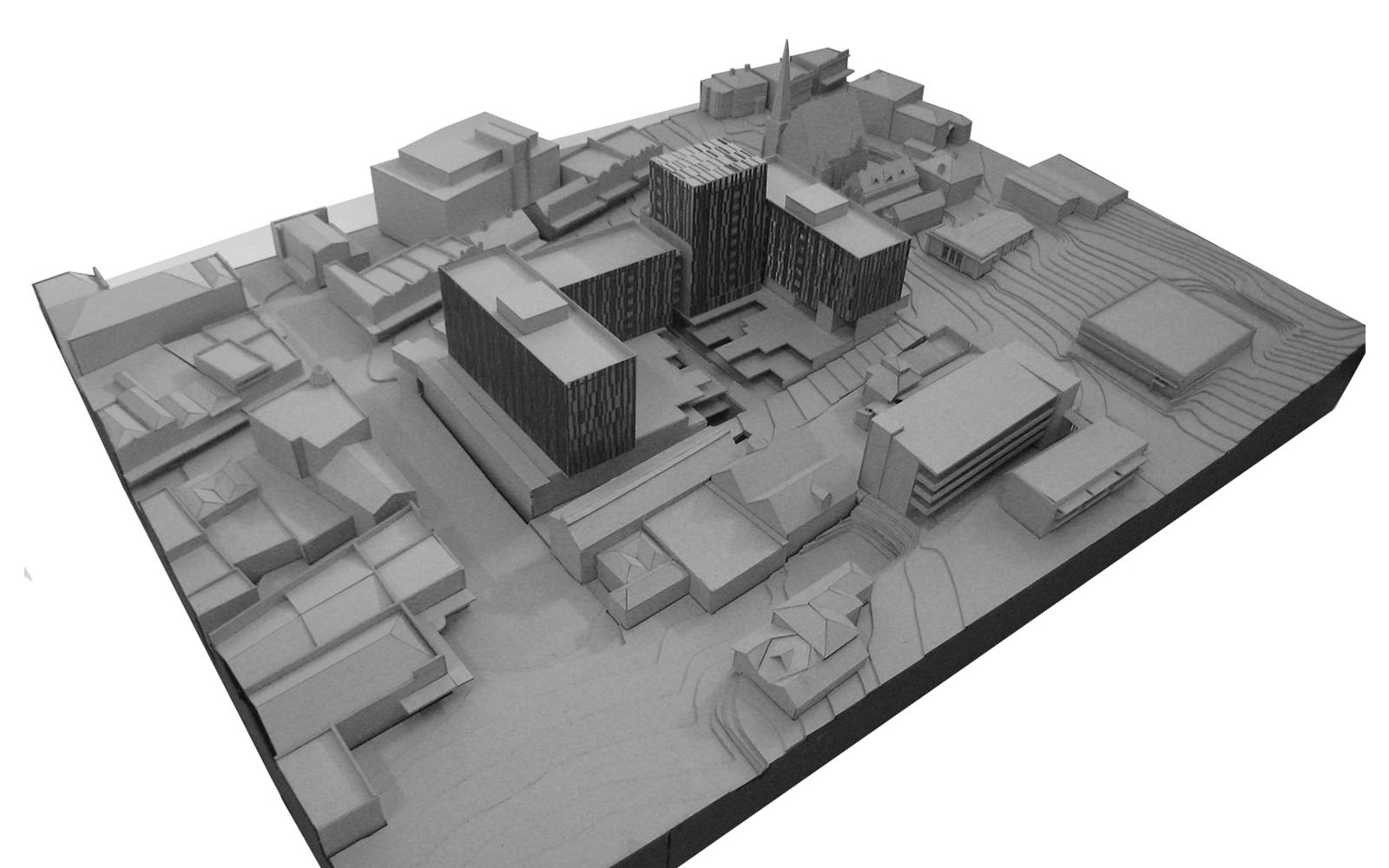 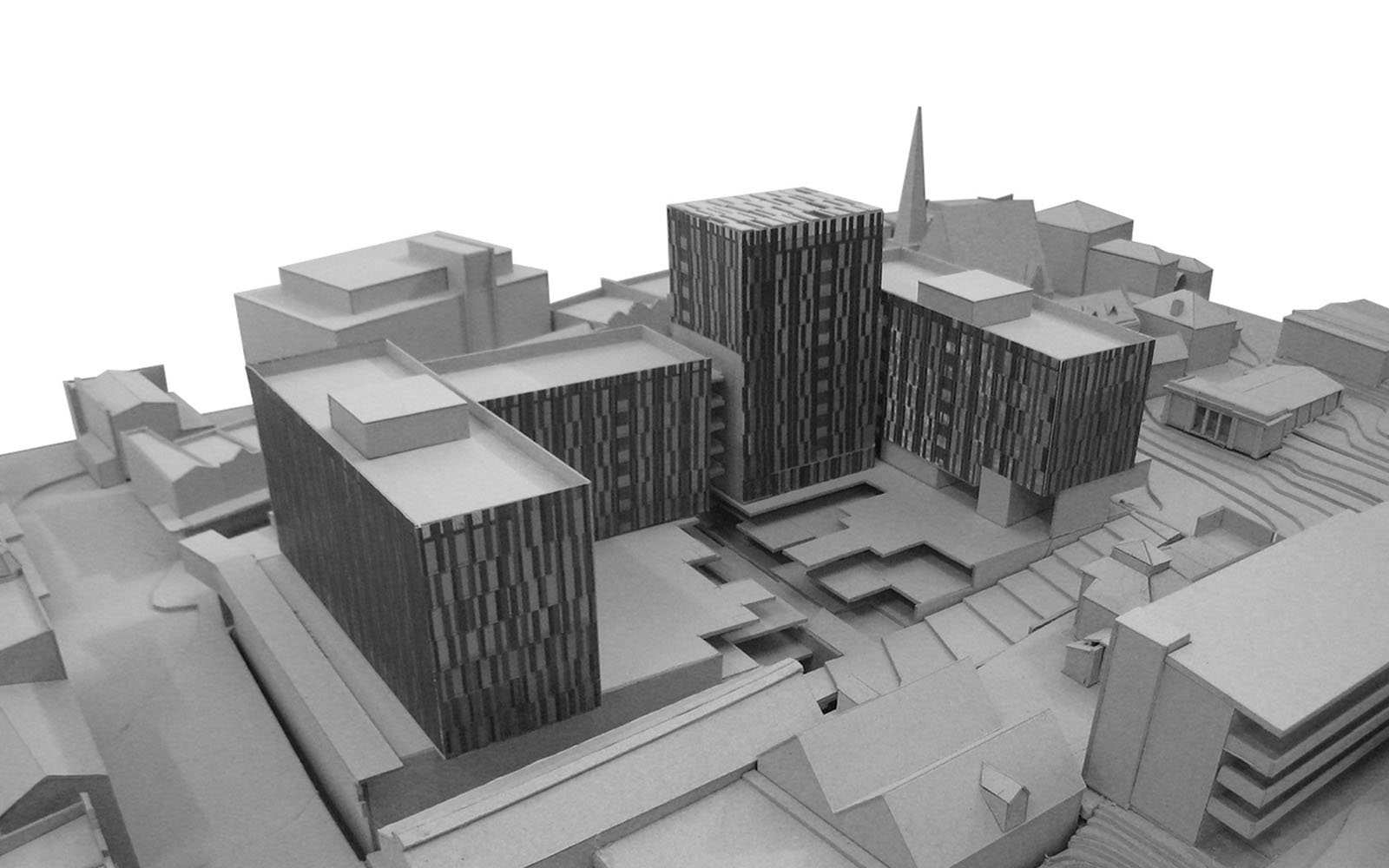 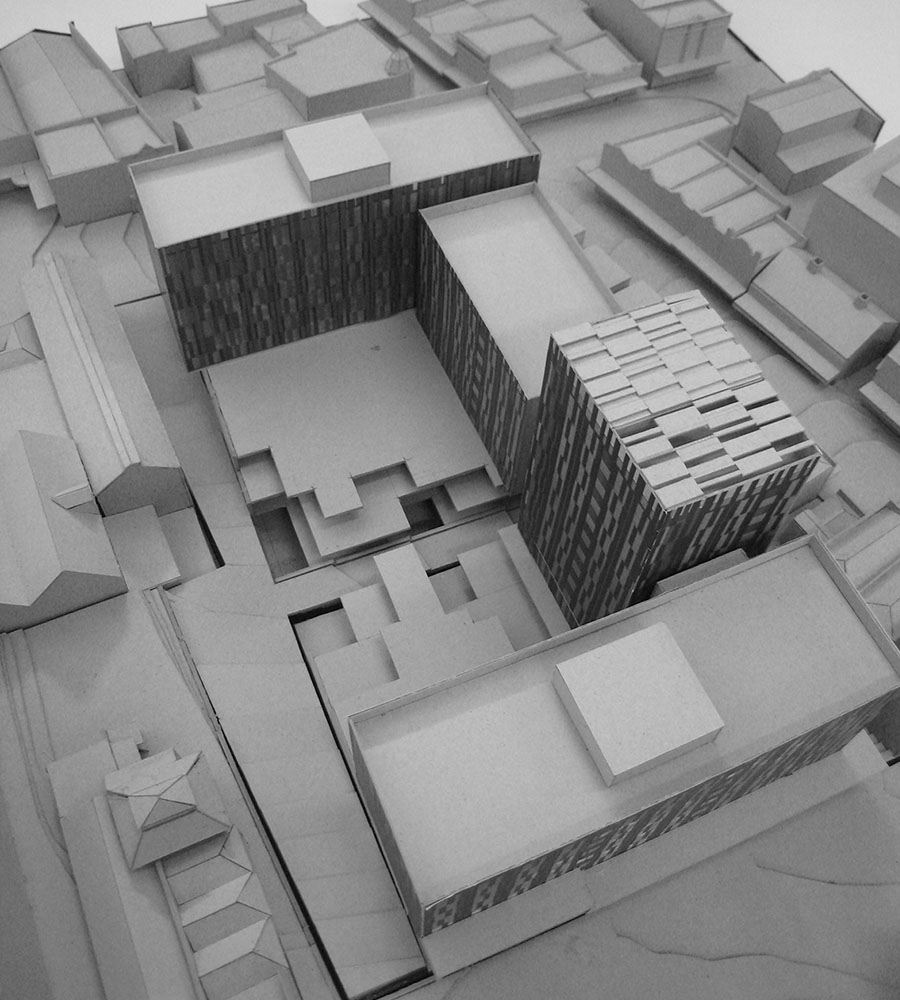 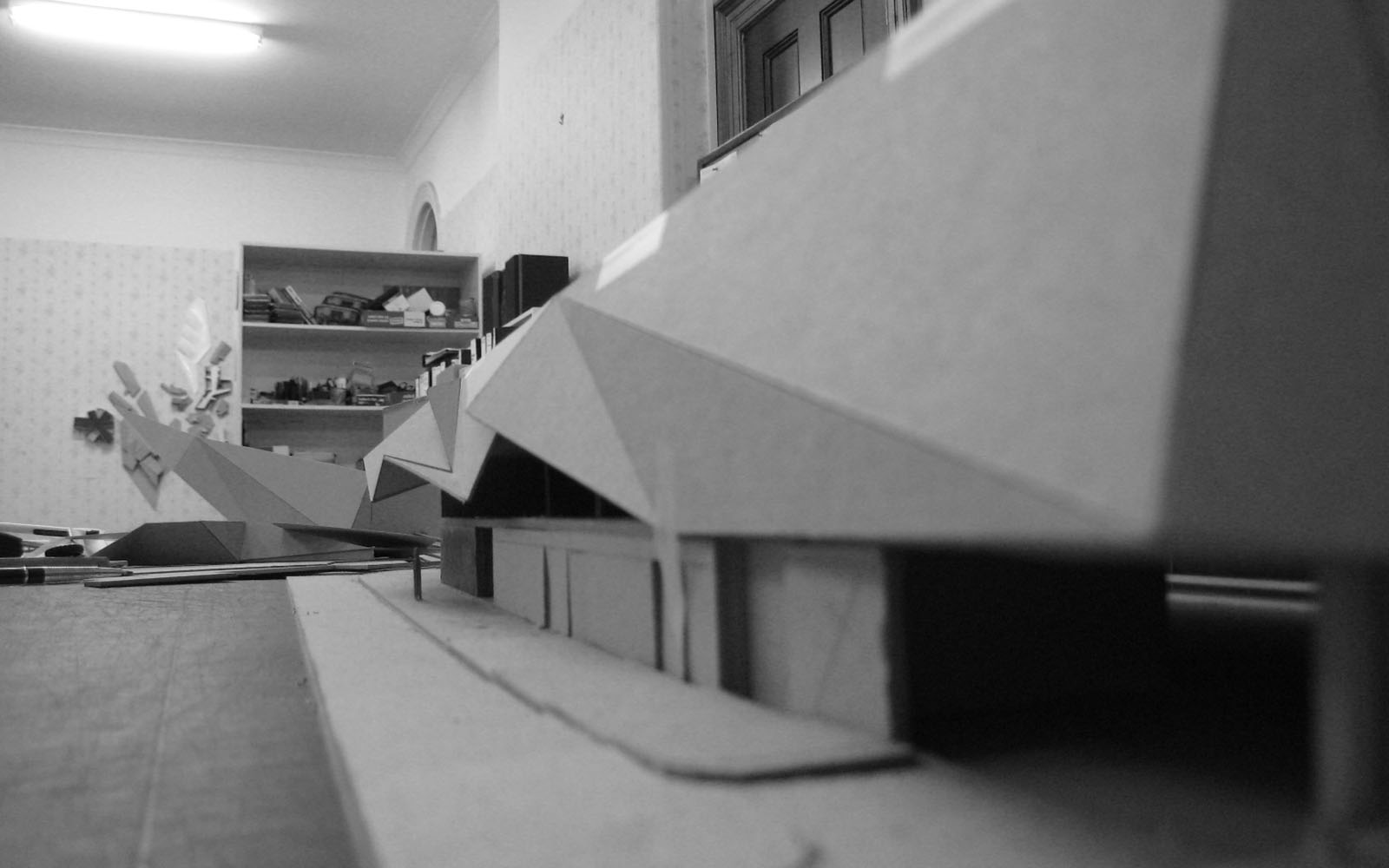 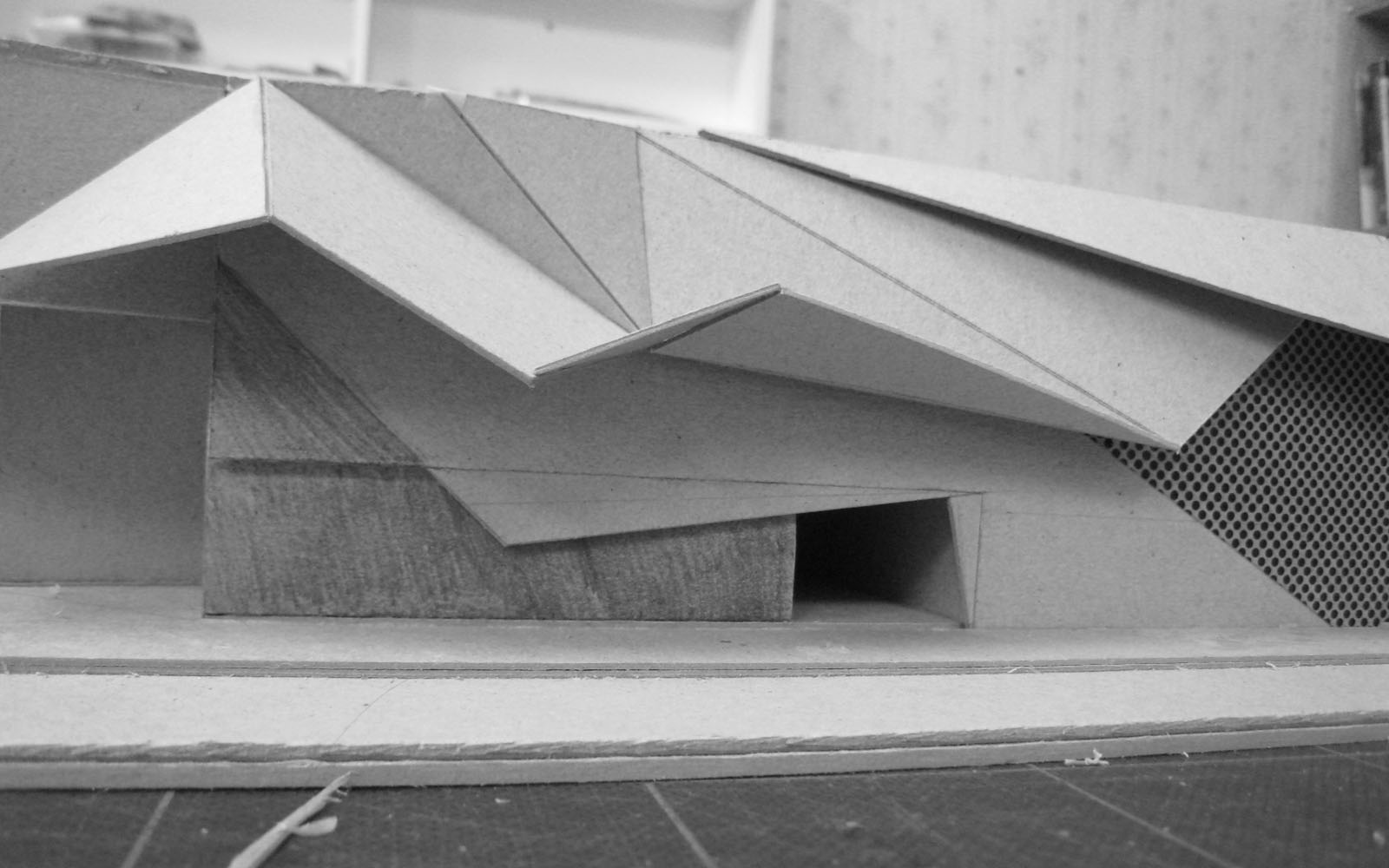 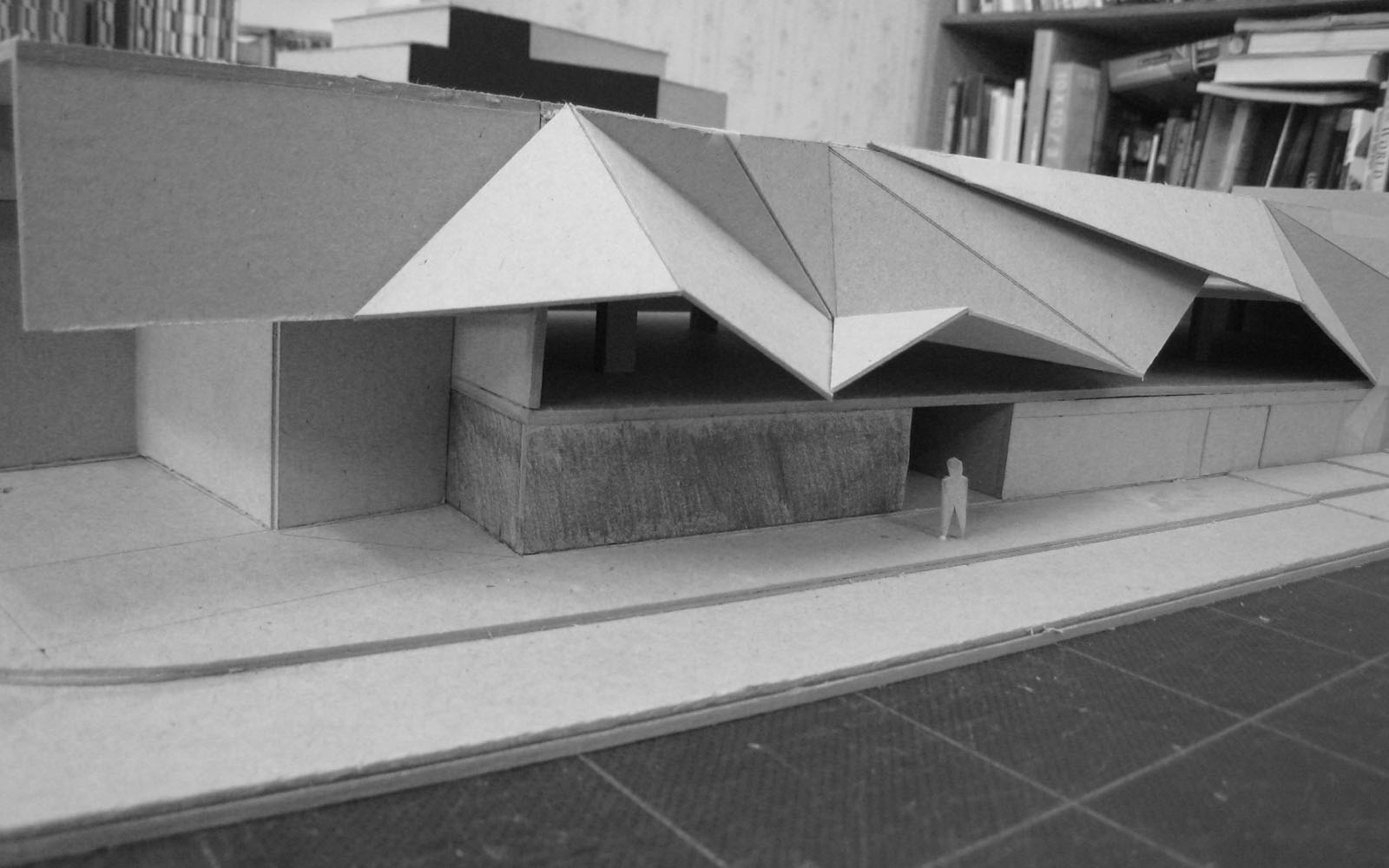