The provision of public amenities is a fundamental component of any truly public space, however, they are often marginalised as essential and therefore neglected elements. These issues inspired Hobart’s Lord Mayor to instigate a policy of improving existing public toilets and building new amenities throughout the city.

It was important that the Princes Park Amenities acted more as a contributor to a public space agenda rather than as a purely functional object. This was particularly so given the heritage of the park itself, which reaches back to early colonial settlement and the construction of an artillery battery on the site.  The design, which literally sweeps the amenity functions under a pre-cast concrete element adjacent to the main circulation path, balances their prominent location with a form of invisibility, ensuring the existing quality of the park prevails. 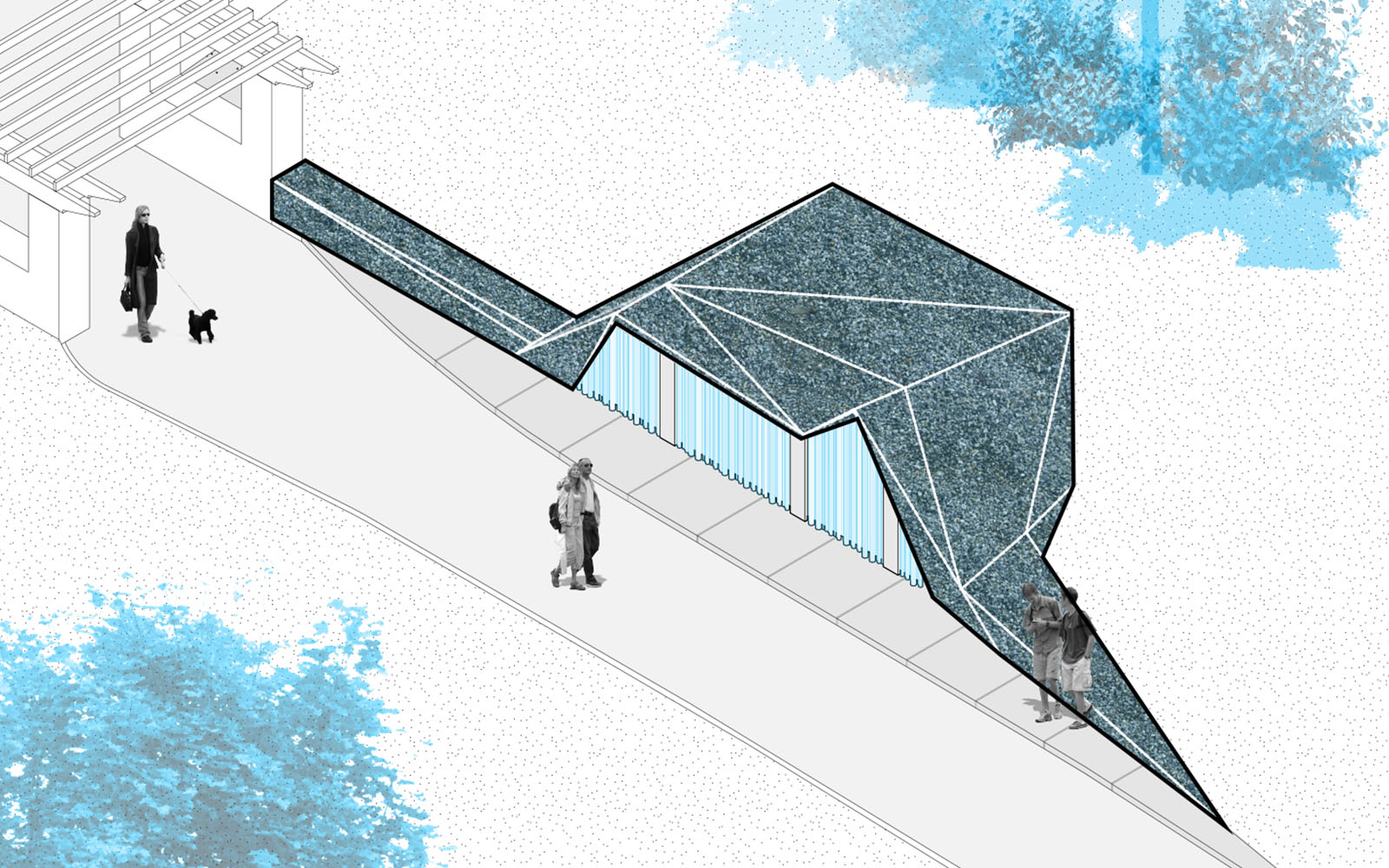 The strategy was to provide amenities without providing a building, per se, but rather a sculptural element whose dark precast panels build off the dolerite walls along the park and gate adjacent to the amenities. These precast panels grow out of the hill to the rear, an elaboration of the last major reconfiguration of the park in the 1930s. The structure has the effect of re-organising the topography behind, while adjusting the choreography of moving through the park as a result of a single elevation to the public thoroughfare. Wonder is provided through the green comb that fronts the toilet entry and completes the abstraction with its elimination of visible doors and hardware. 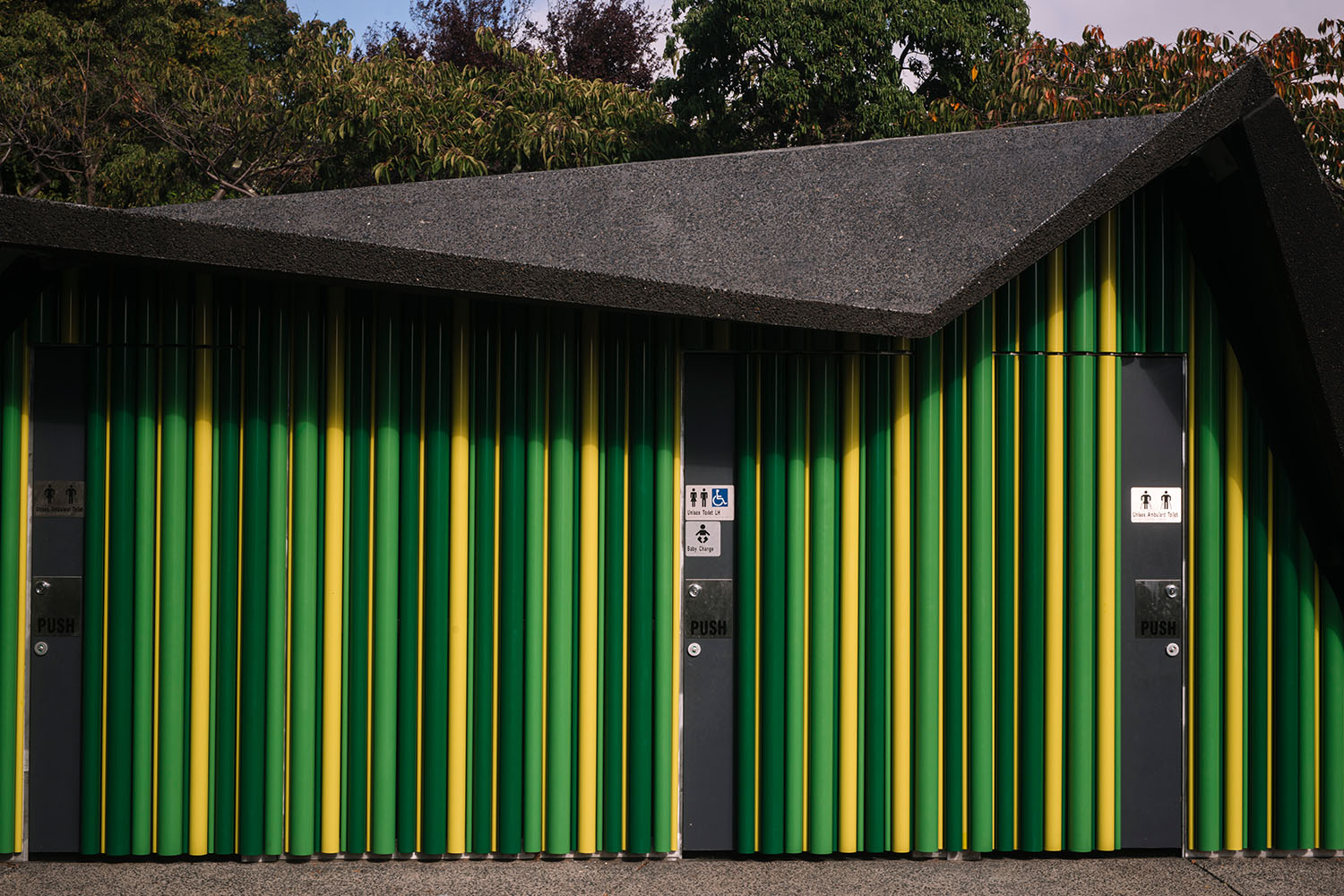 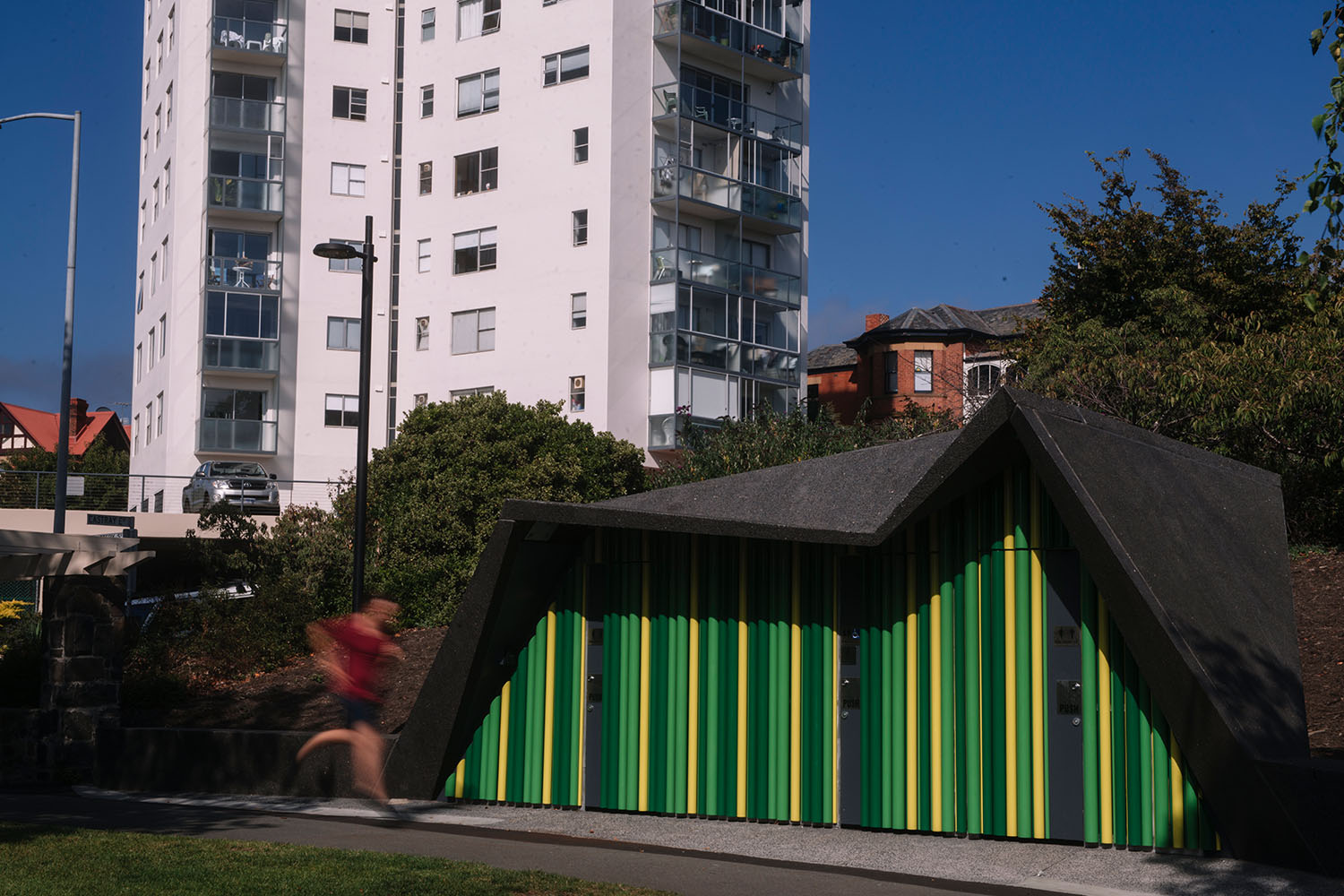 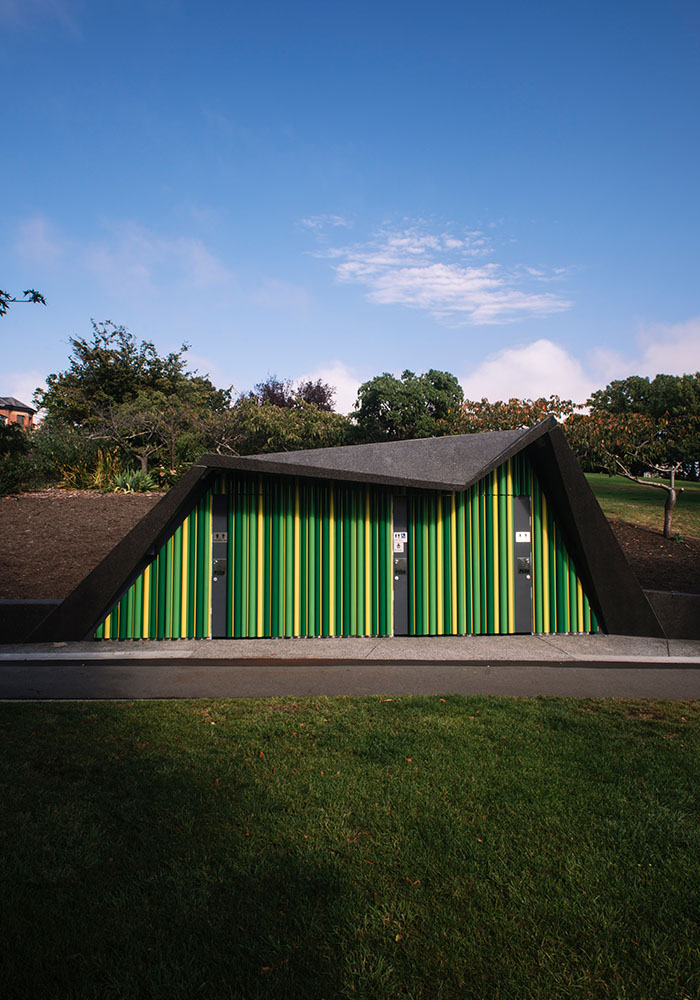 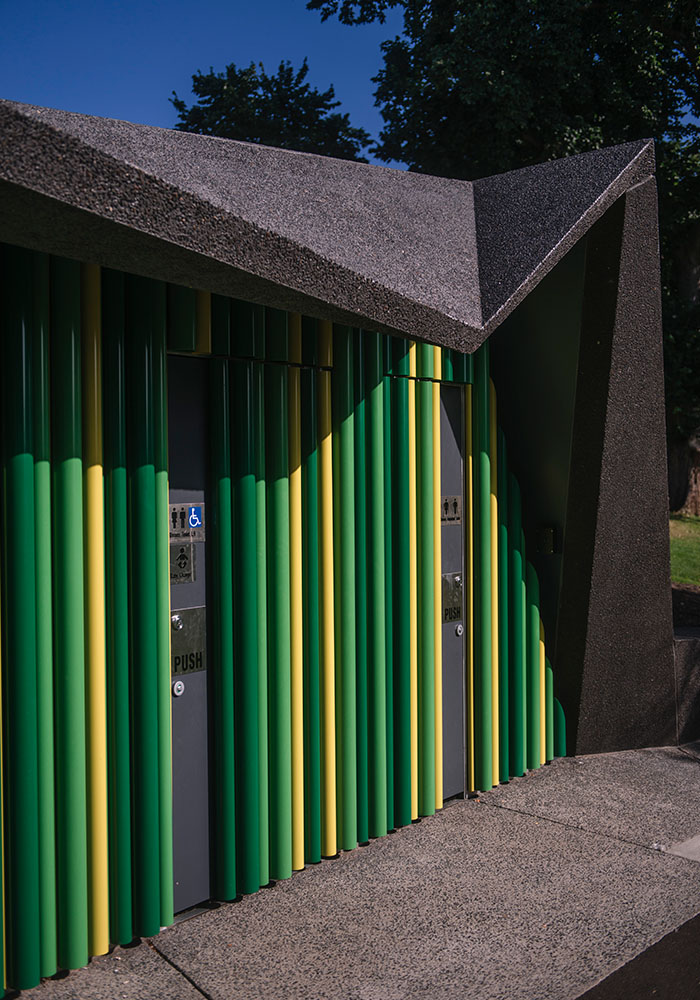 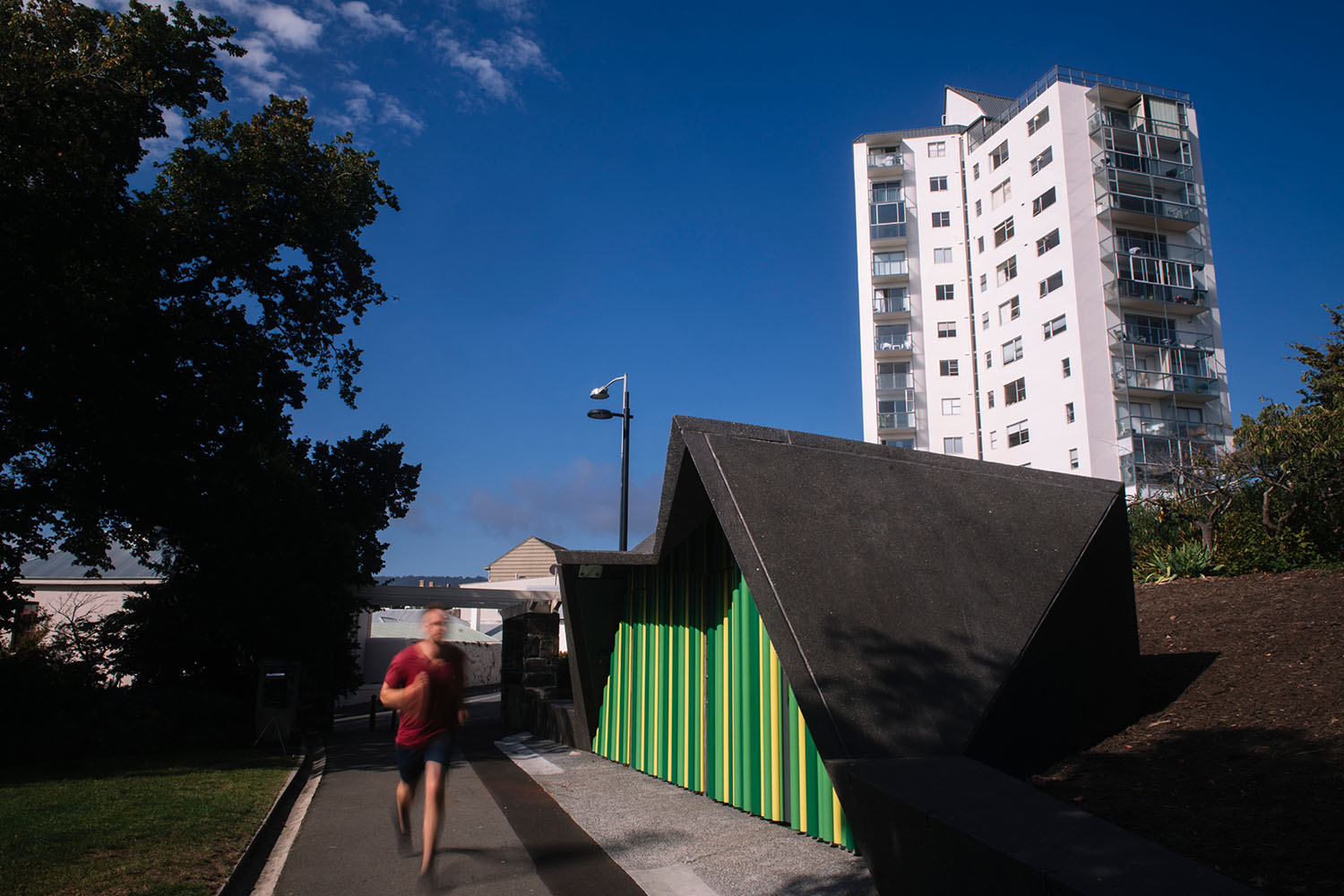 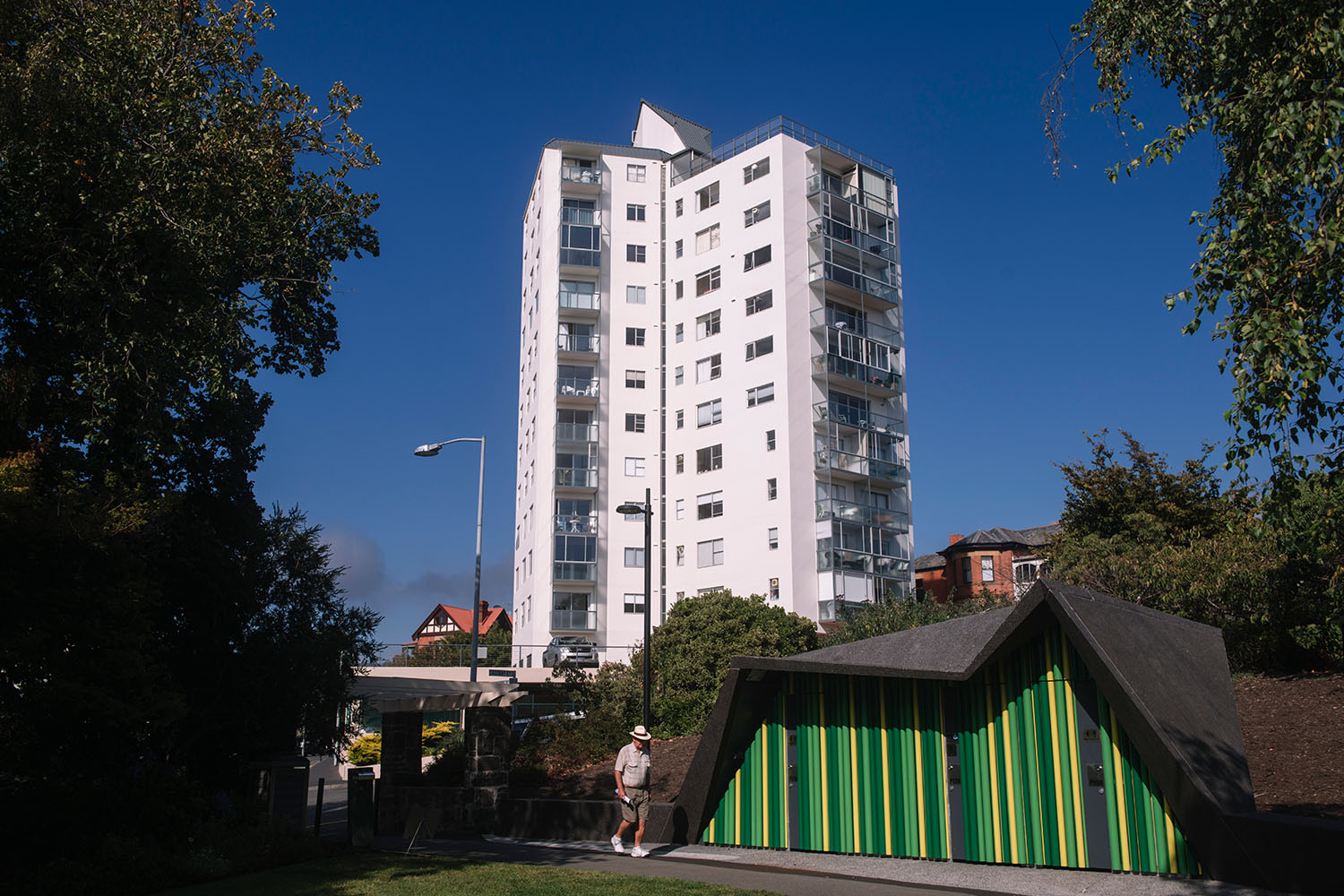 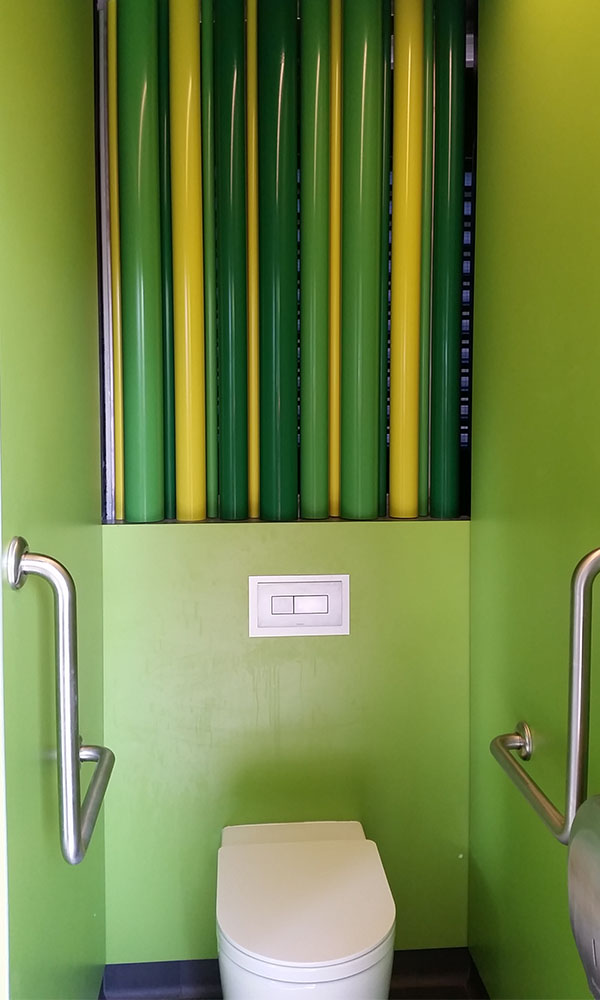 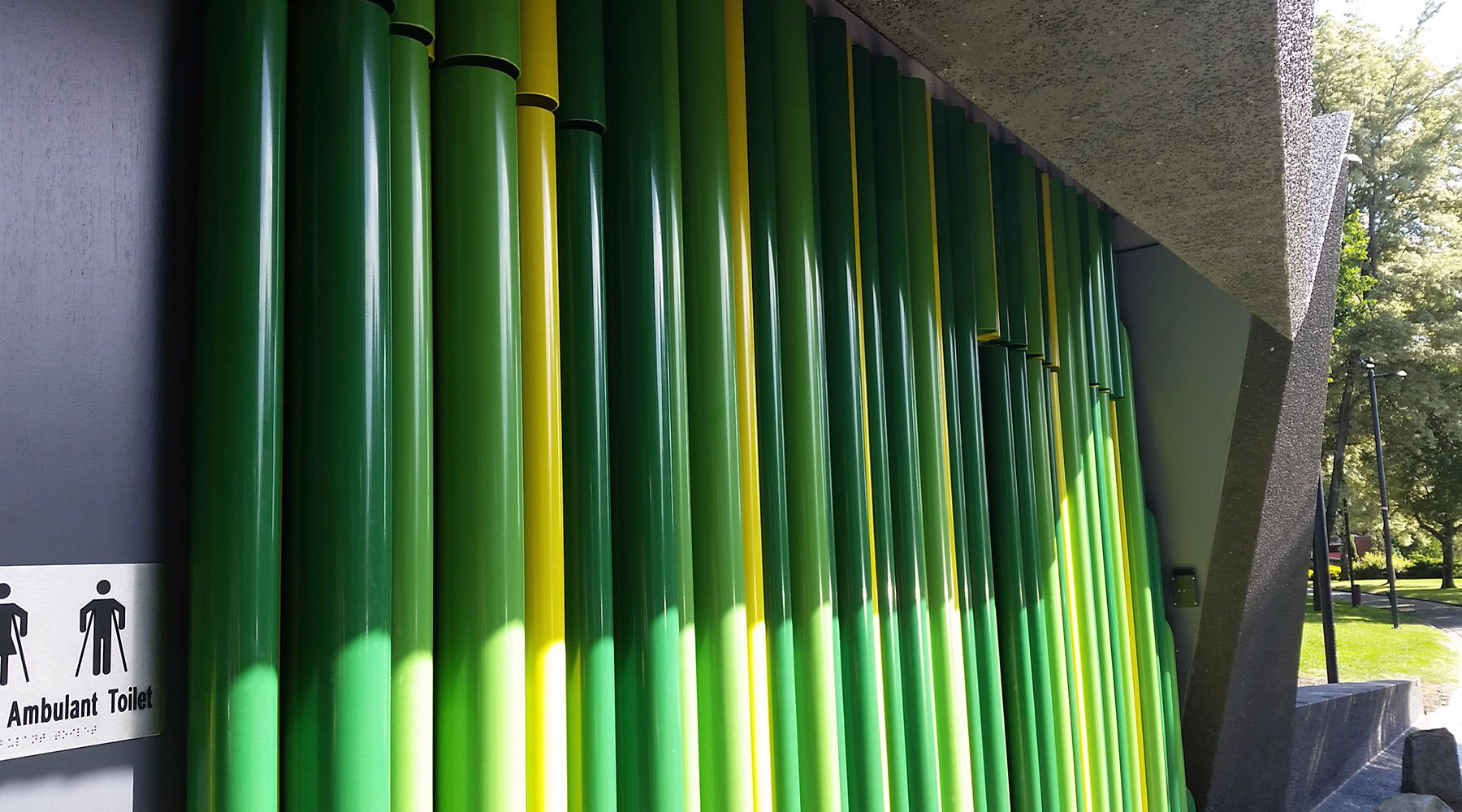 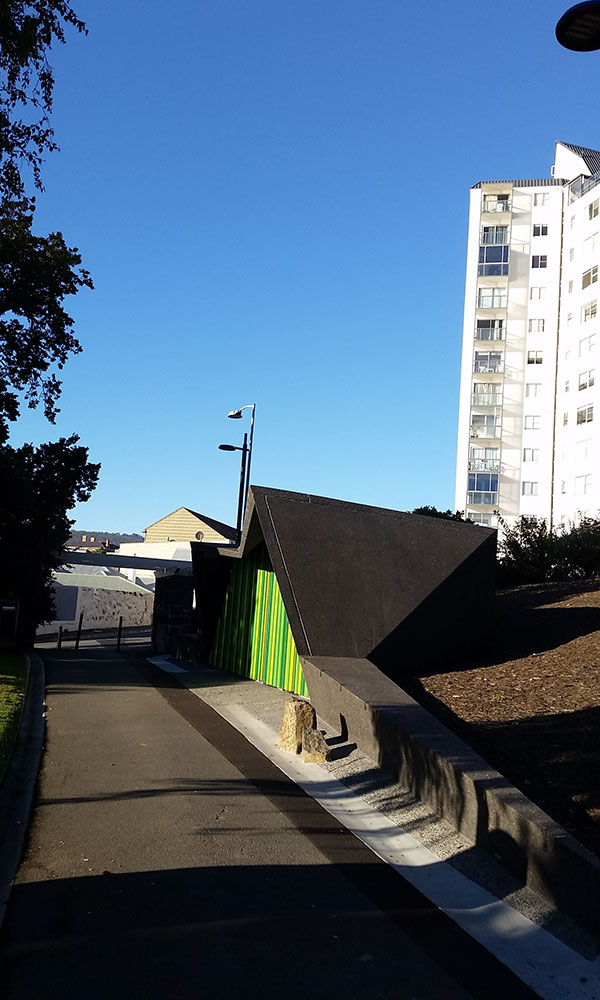 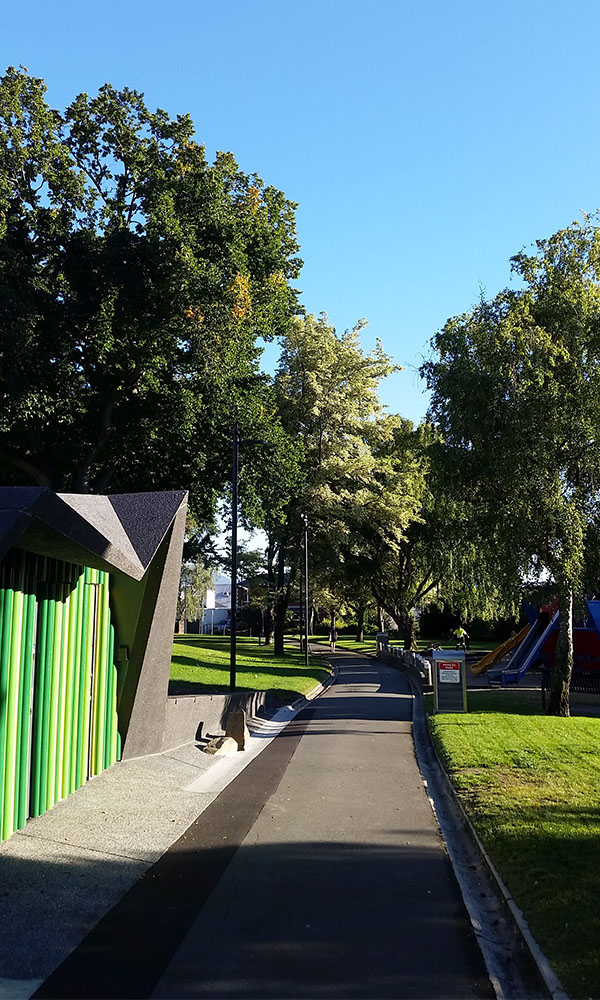 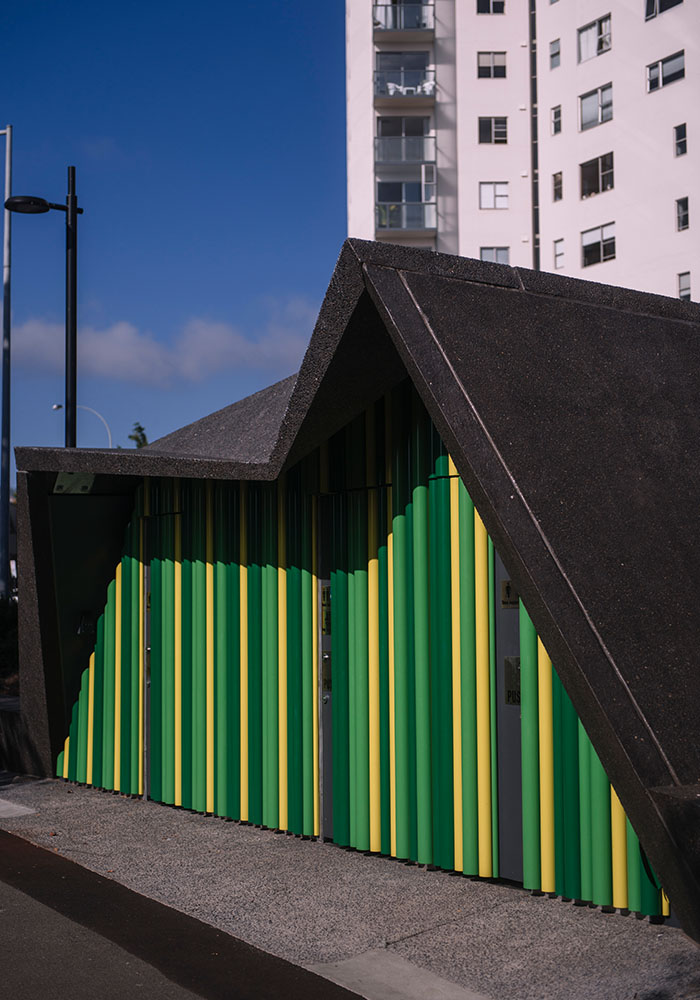 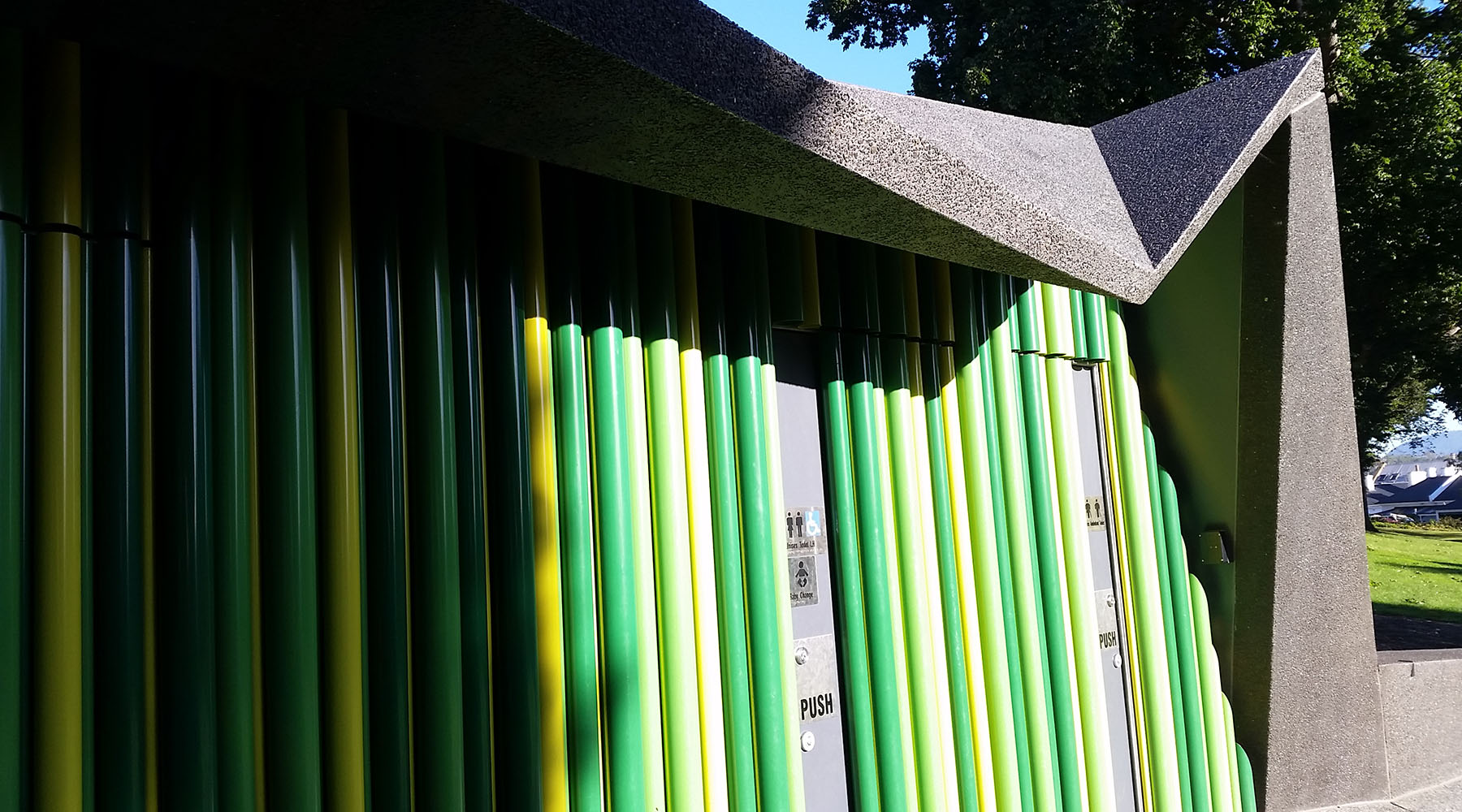 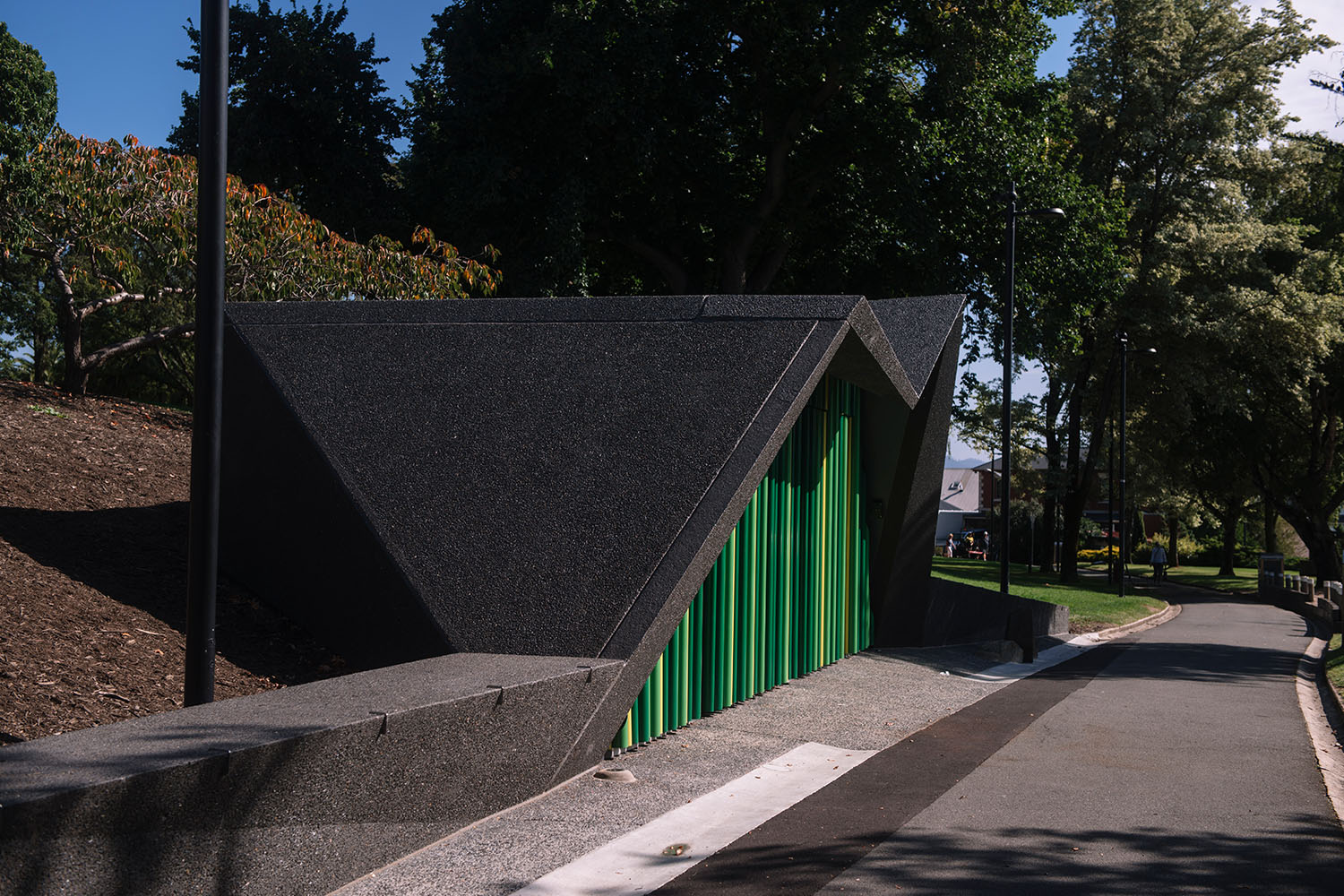 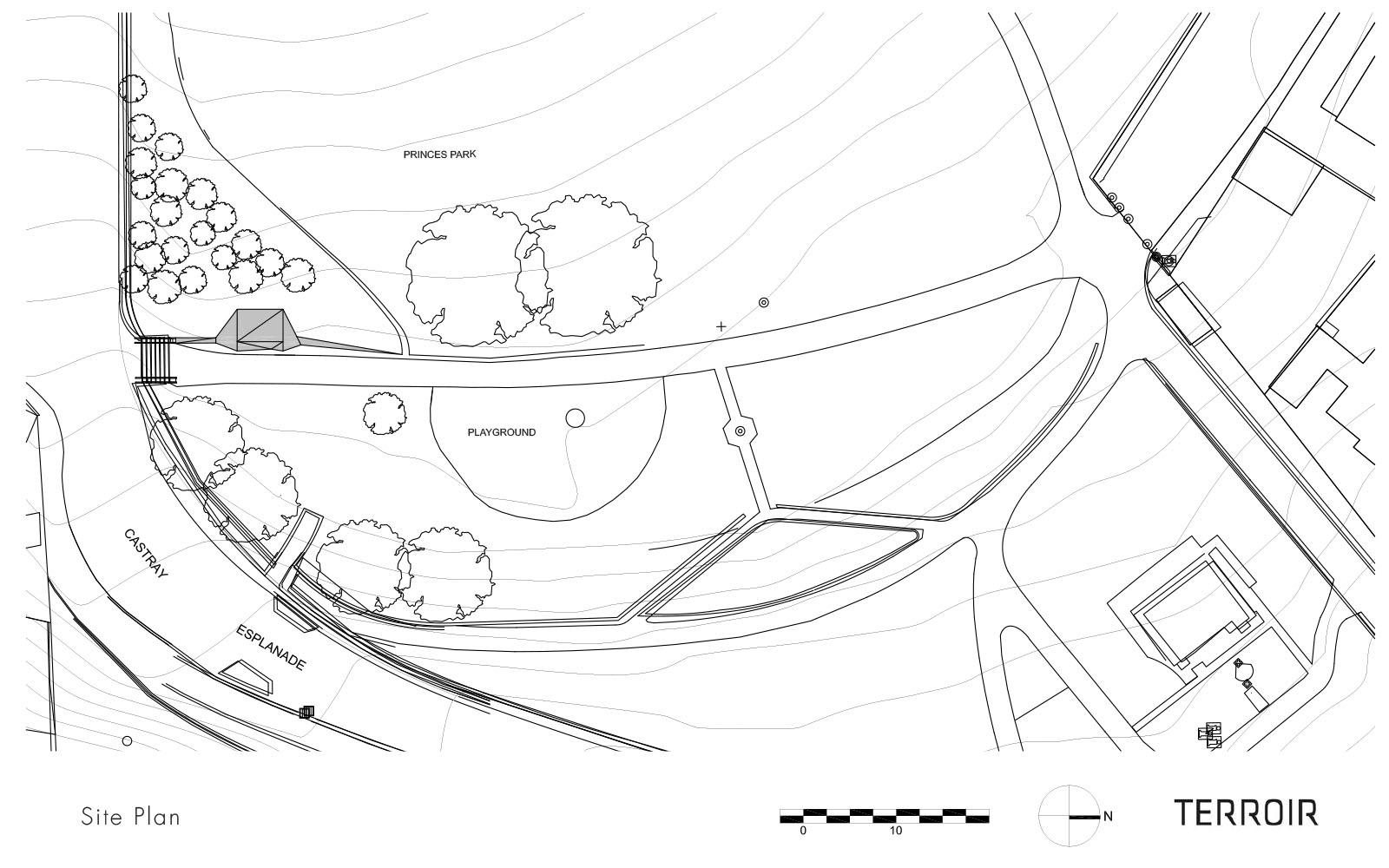 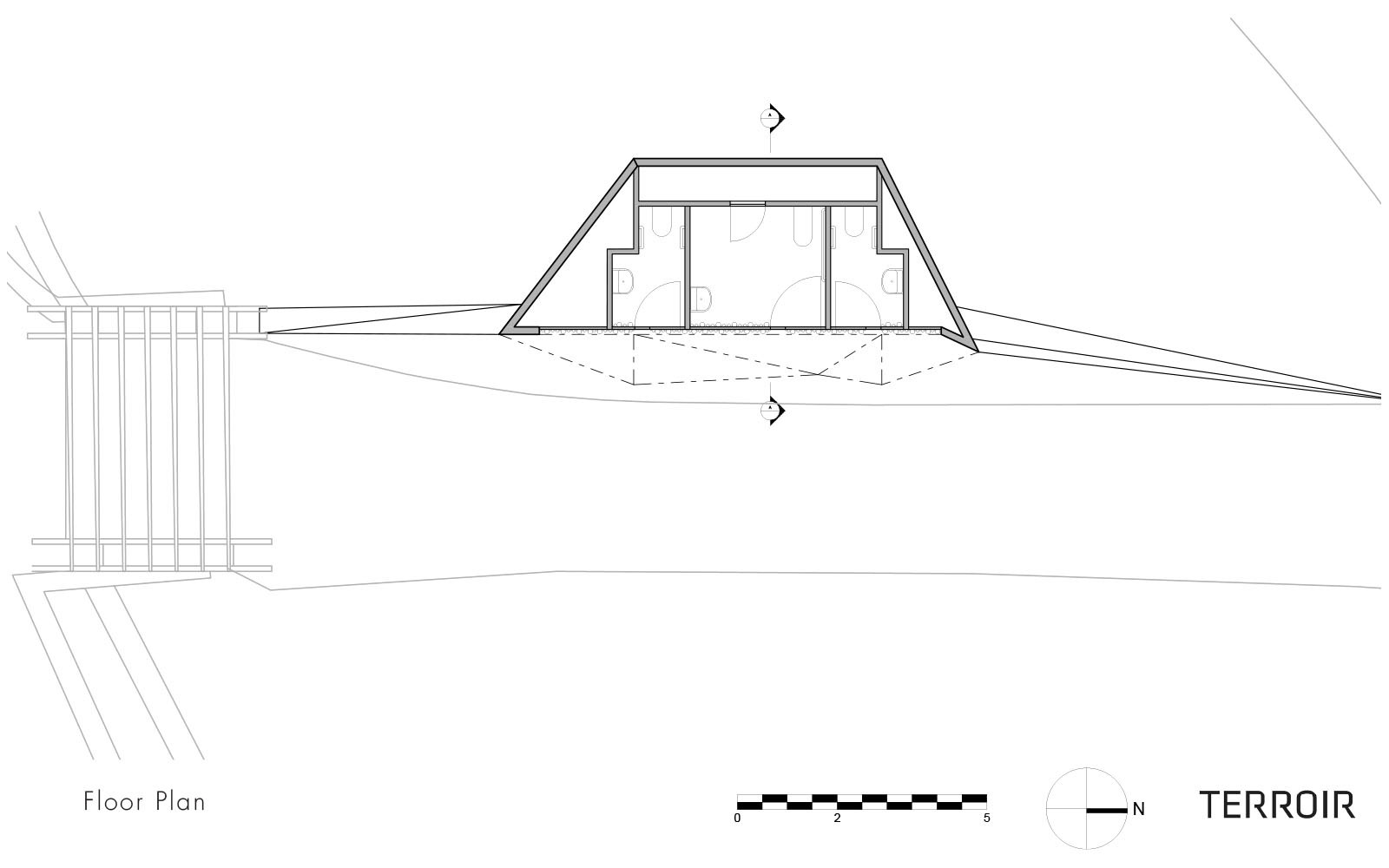 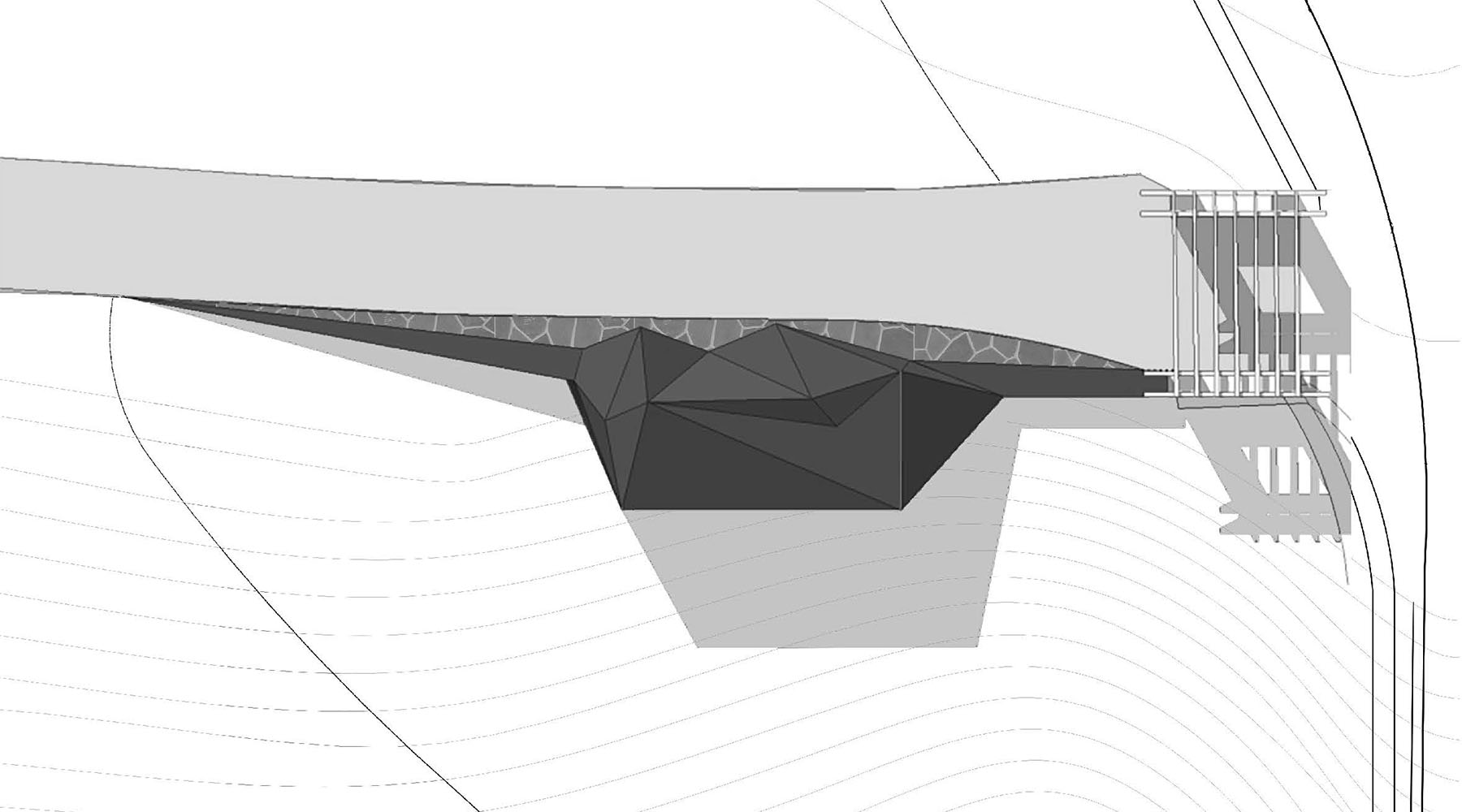 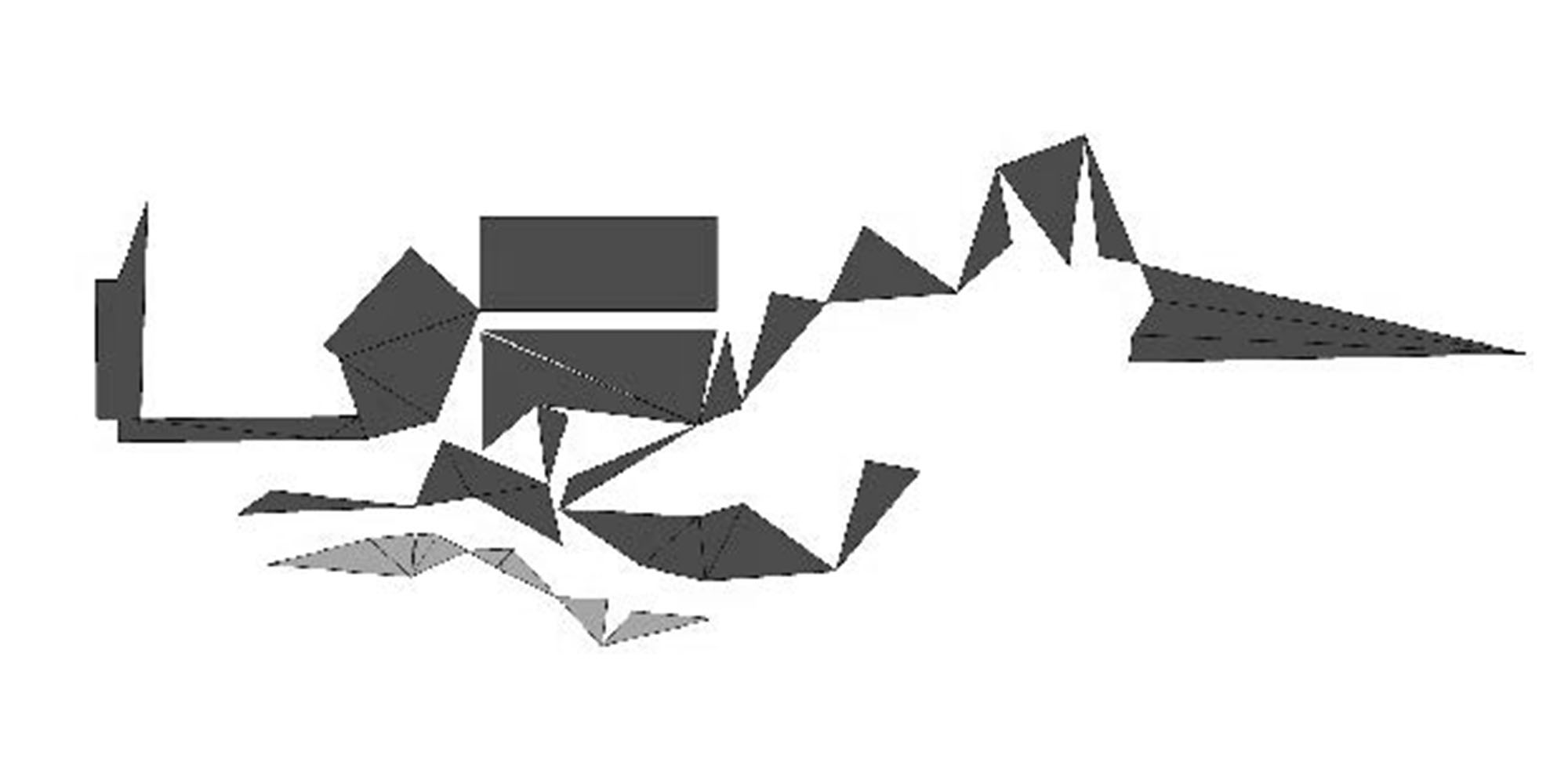