Sydney Olympic Park is located at the junction between a mangrove and mudflat zone and the broader landscape which, historically, was Eucalypt forest.  The Stadia Precinct is more conventionally understood as one of nine precincts within Sydney Olympic Park, each with different qualities and levels of success.  Each piece has been thought of as a separate ‘destination’.

The brief called for a new public domain that accounted not only for the various logistic and security contexts in stadium design but a parallel development project that interlaced private capital and public space.  The complexity of this “realpolitik” was fully engaged with by the team and incorporated into a single response that not only tied a complex site together, but tied it back to a landscape that has been eradicated by literally demolishing the ground plane and letting the original landscape reclaim the site. 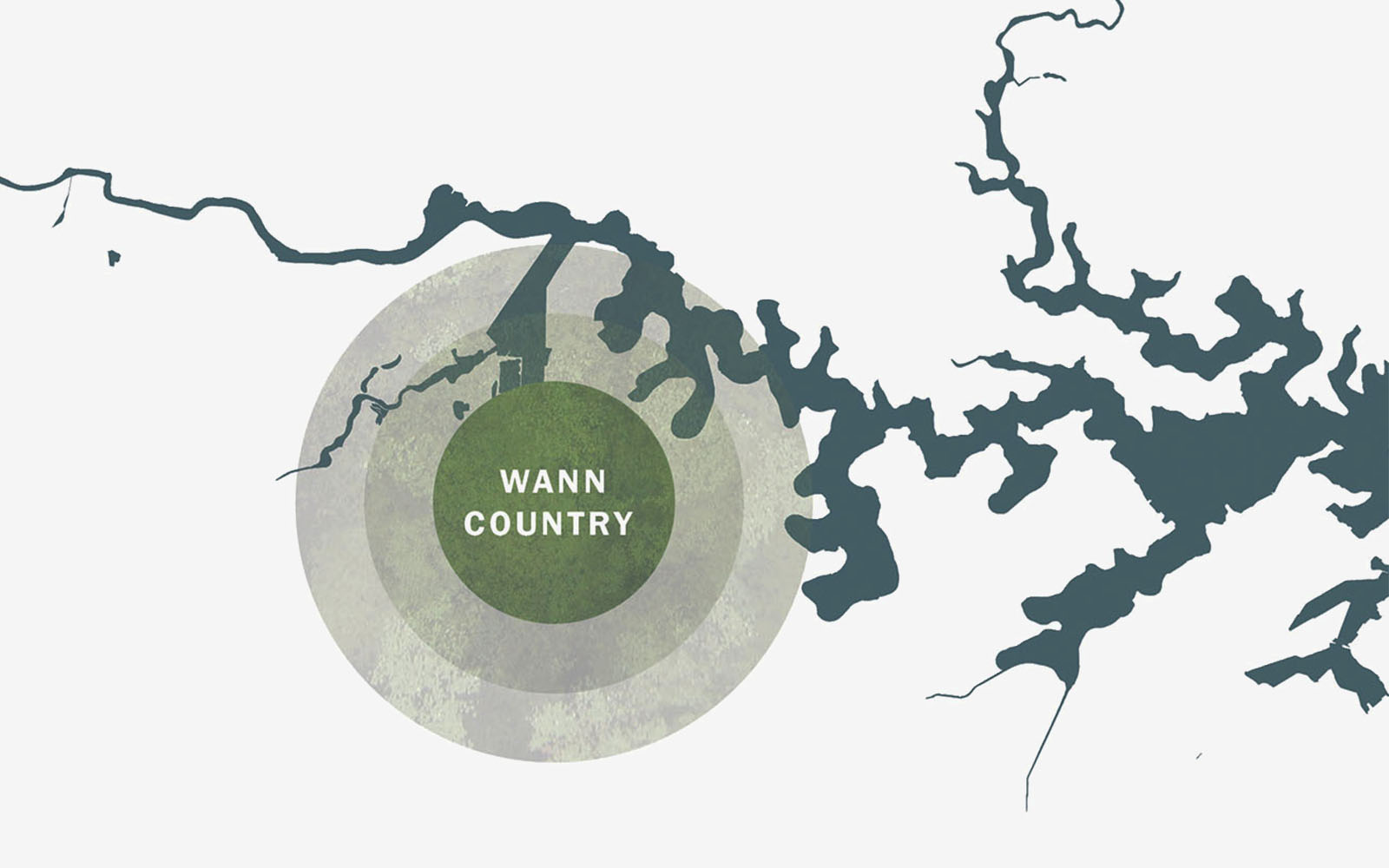 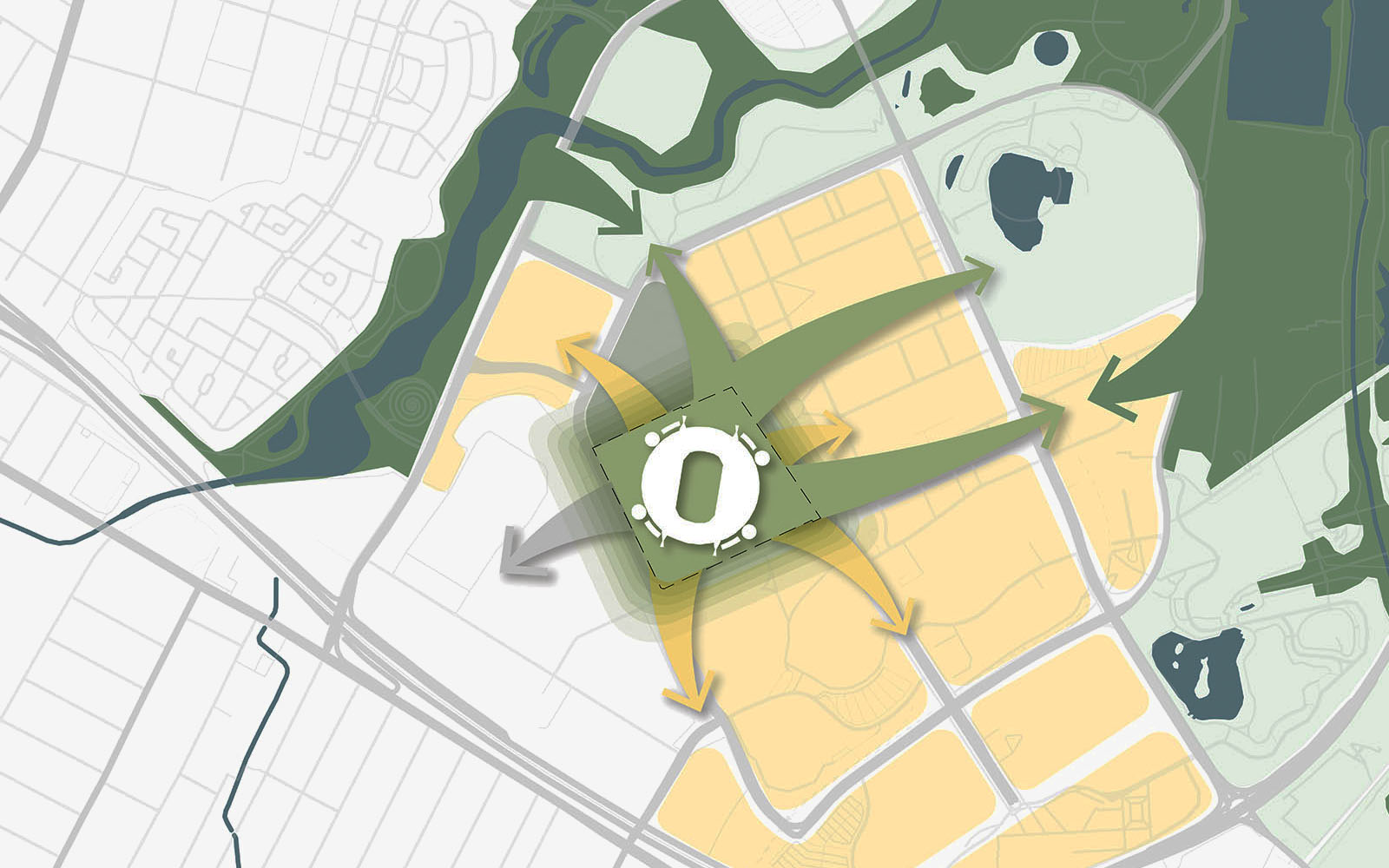 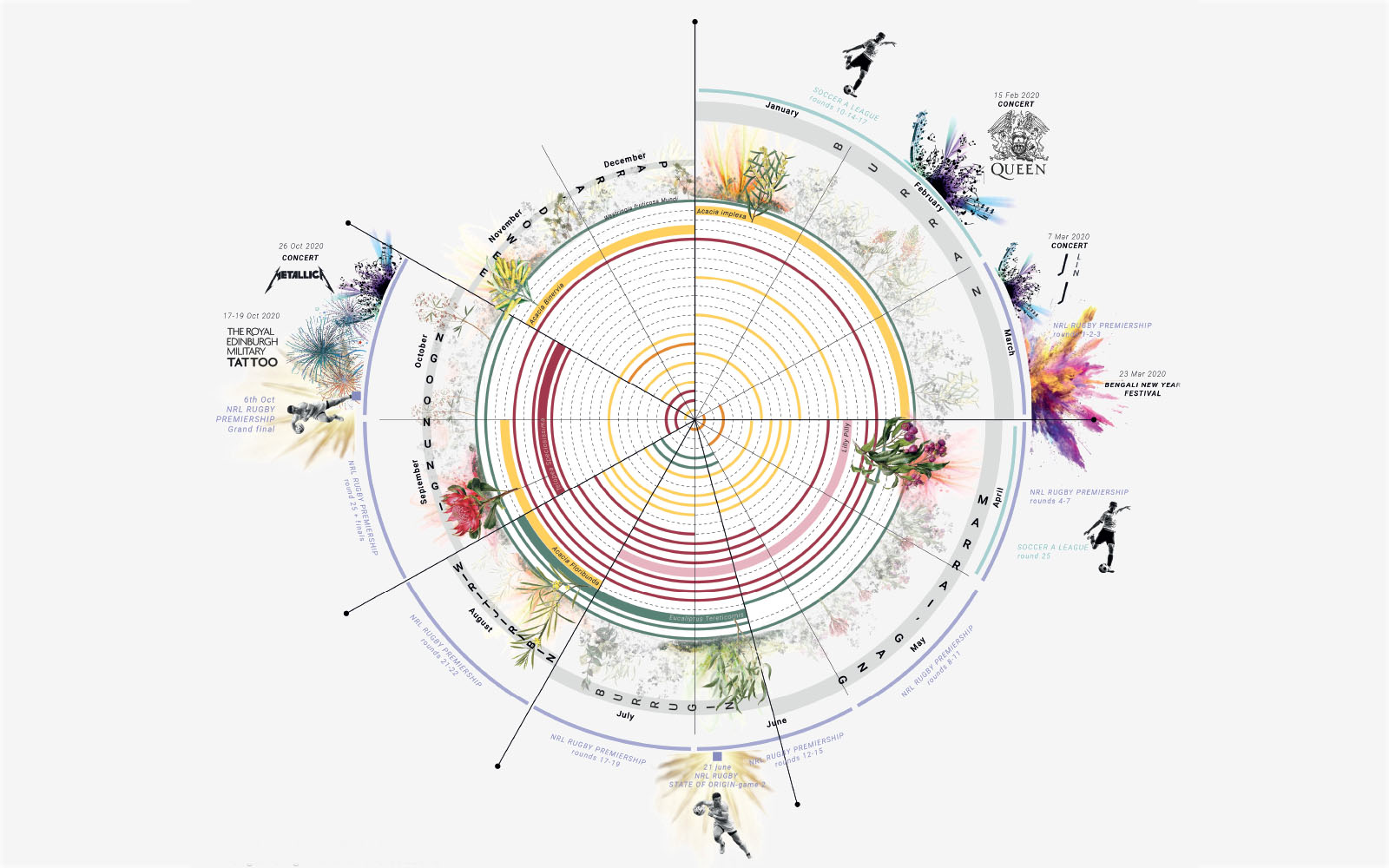 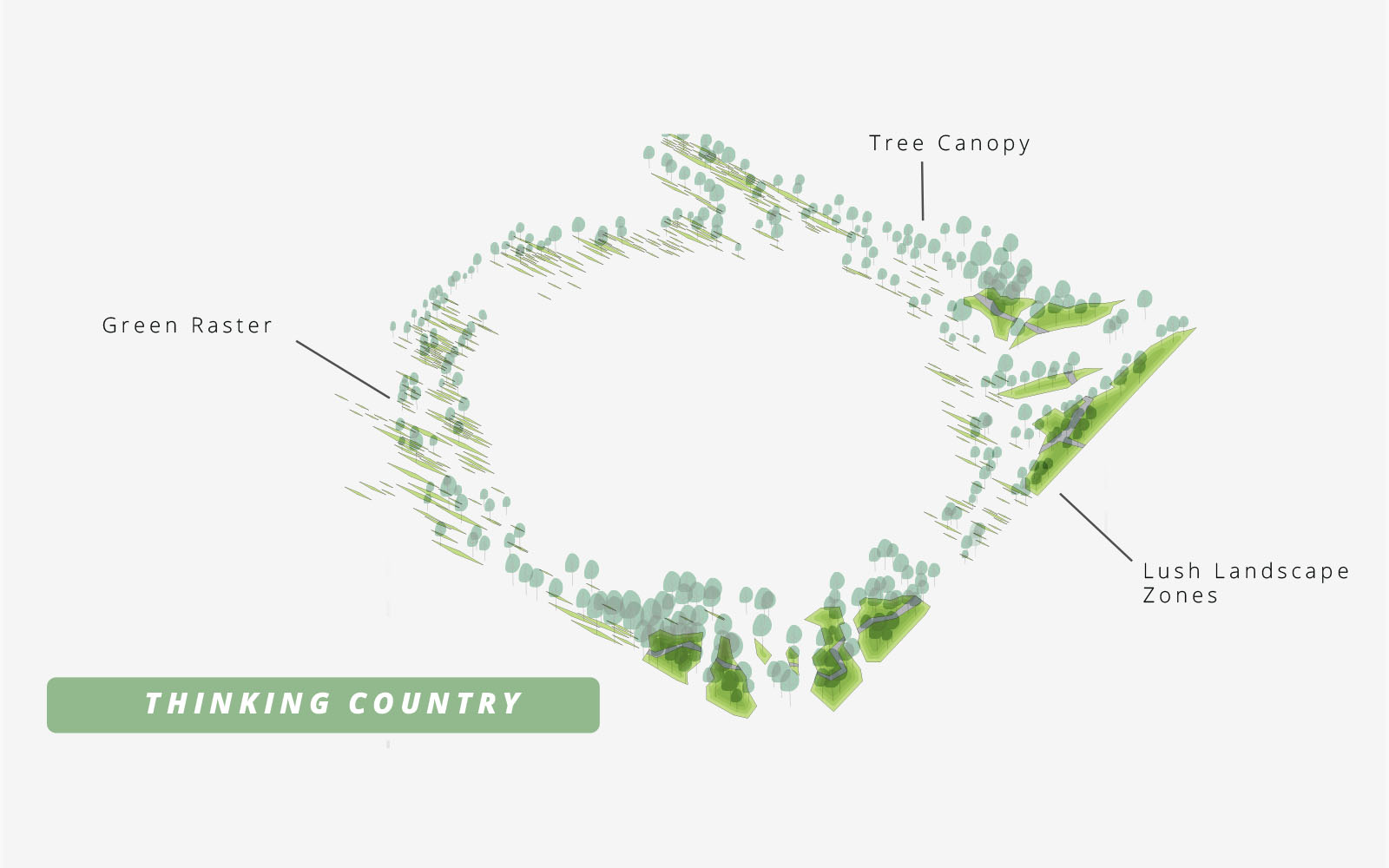 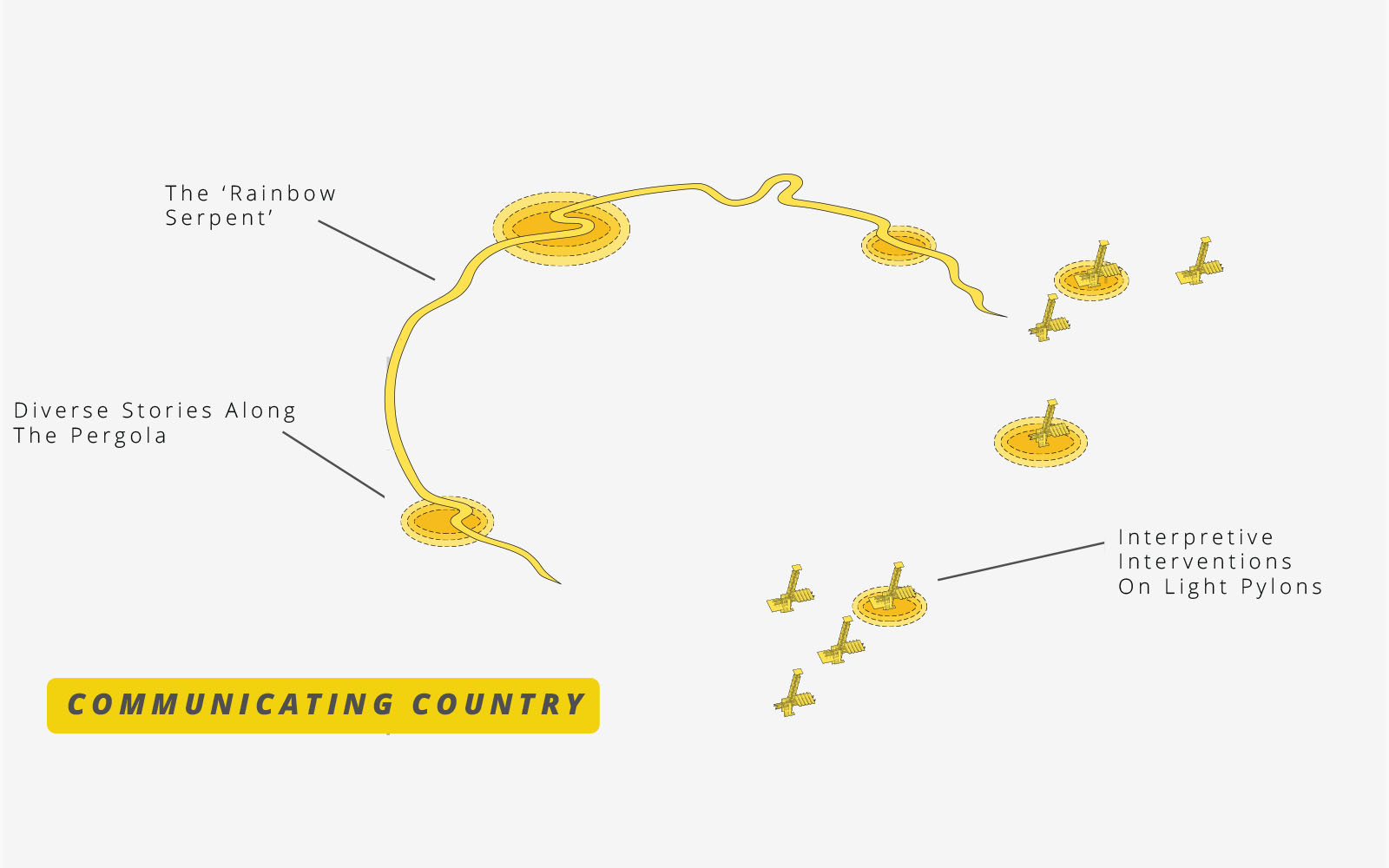 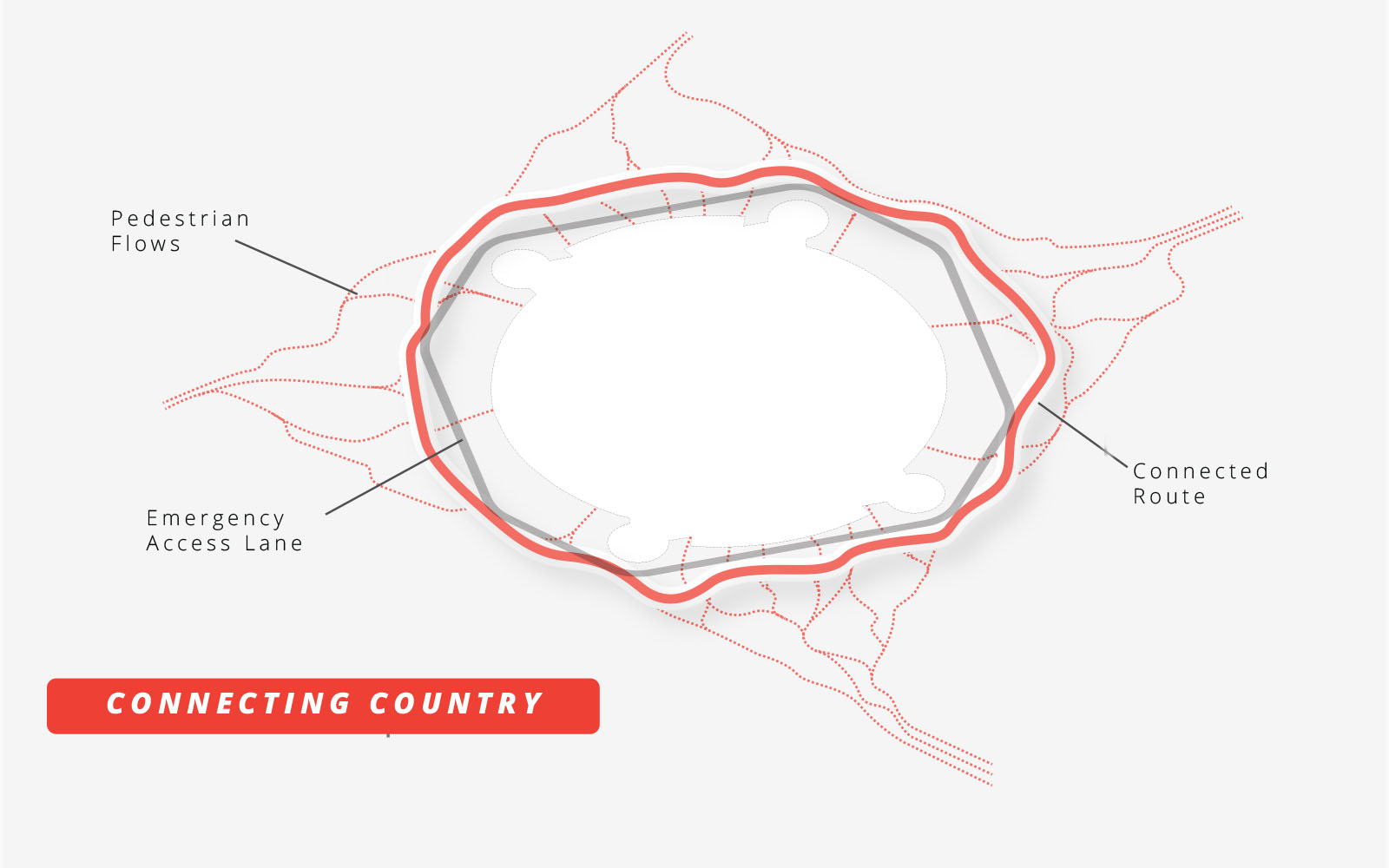 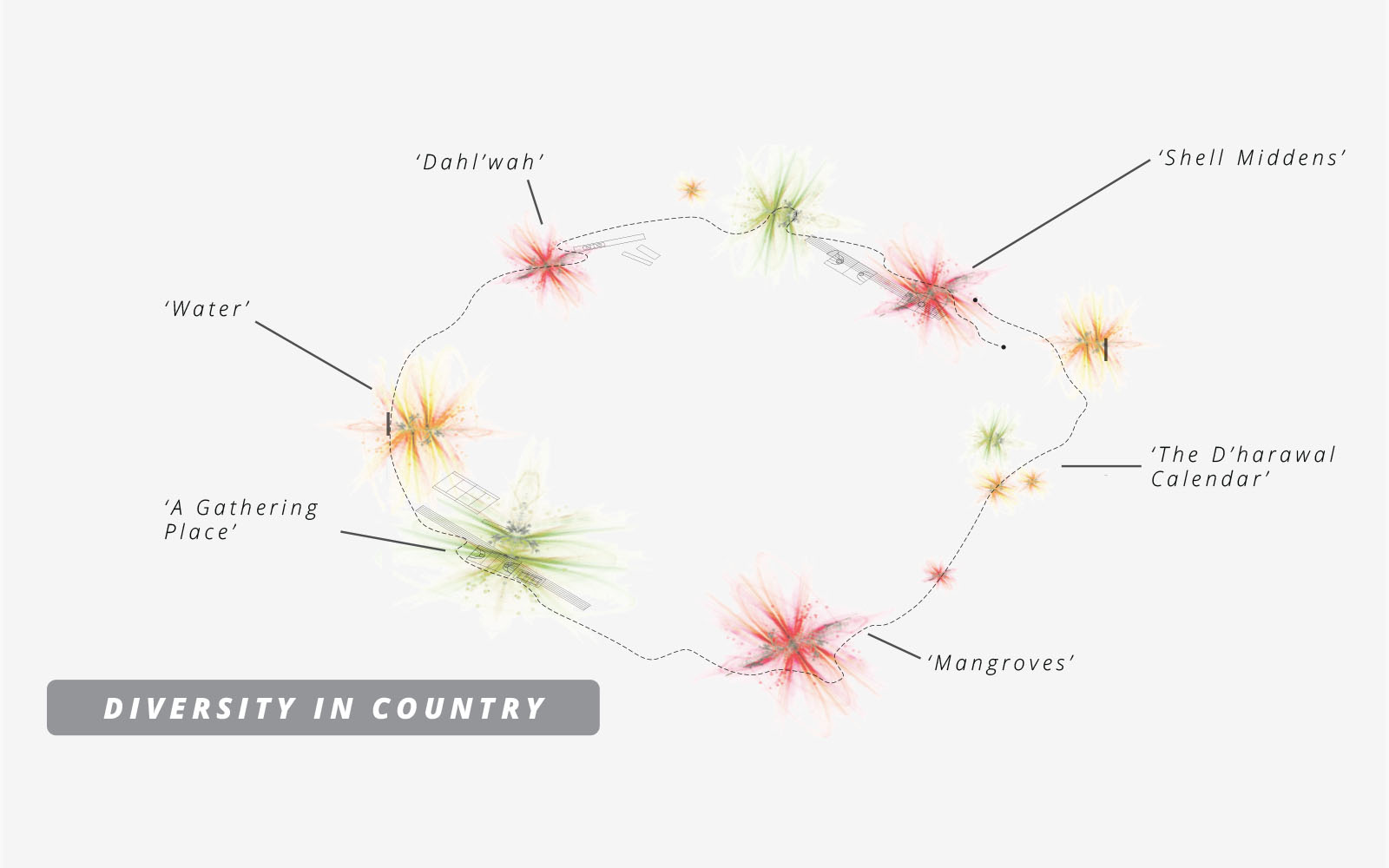 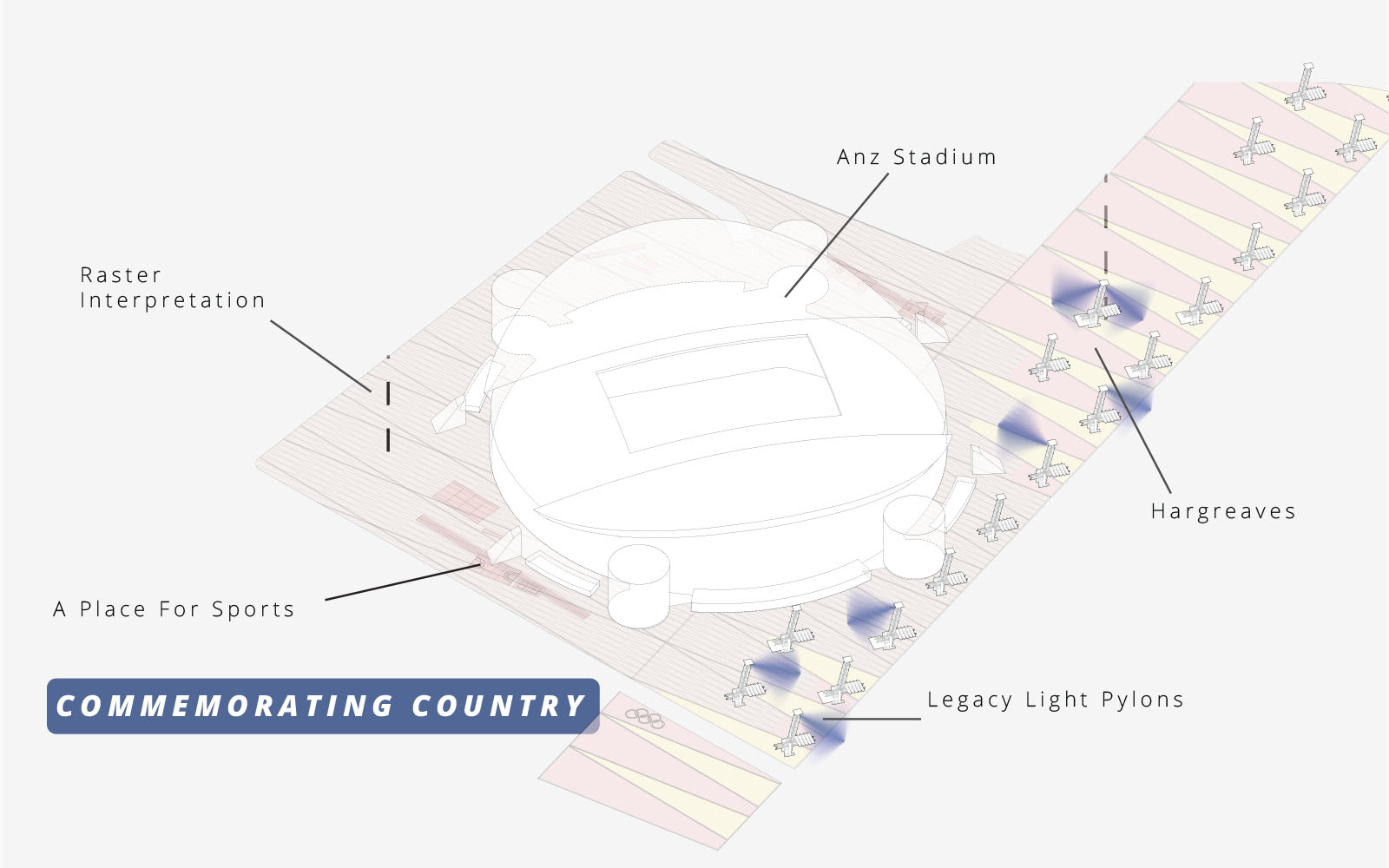 The project is structured by a series of key elements, each of which has a role in mediating between deep responses to Country and specific functional and performative requirements of a public domain area surrounding a stadium. Firstly, the giant cracks in the pavement reveal a full landscape hidden below. This hidden landscape is not simply the planting of trees, but a fully-fledged ecosystem with a circular system of regeneration within the landscape and which actively insists upon a return of fauna as a part of this system. Secondly, a “raster” was developed to unify the site around the stadium and coordinates all other design elements. Thirdly, a pergola manages the difficult relationship between public domain, stadia and the proposed commercial buildings on the west of the site. 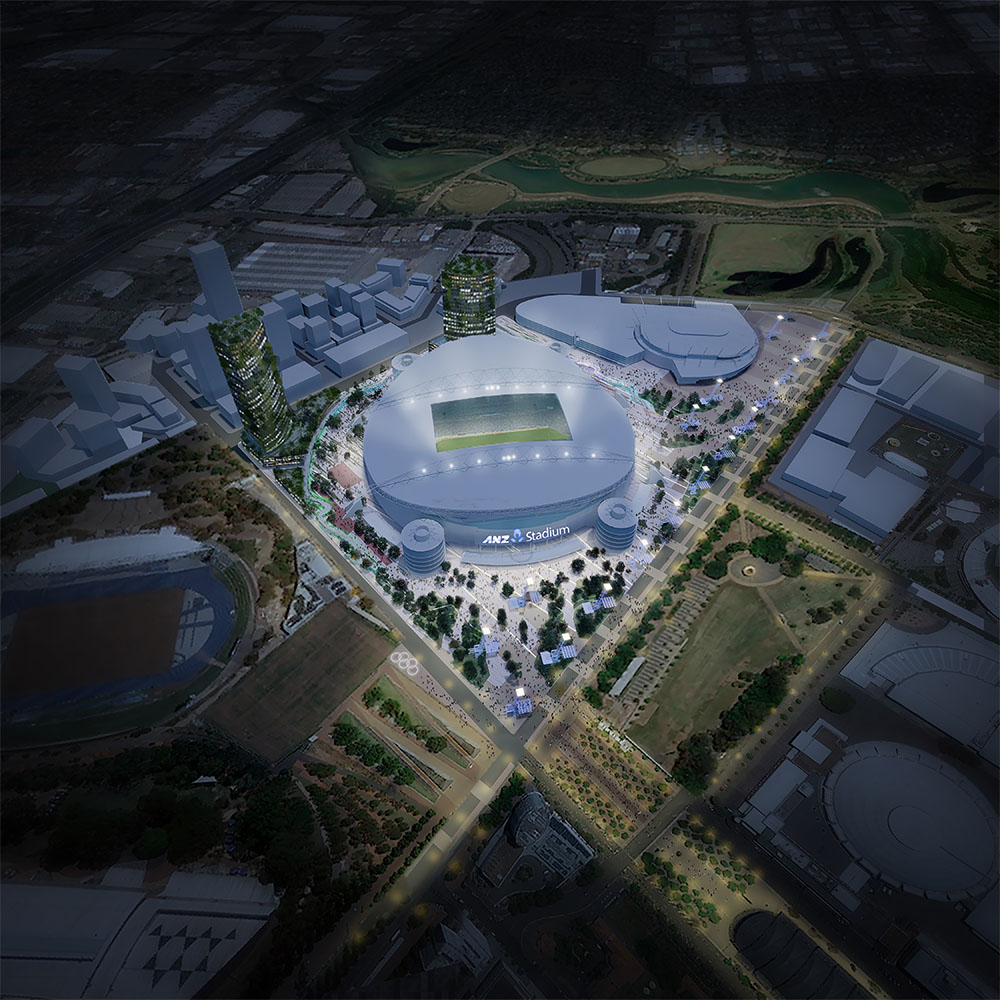 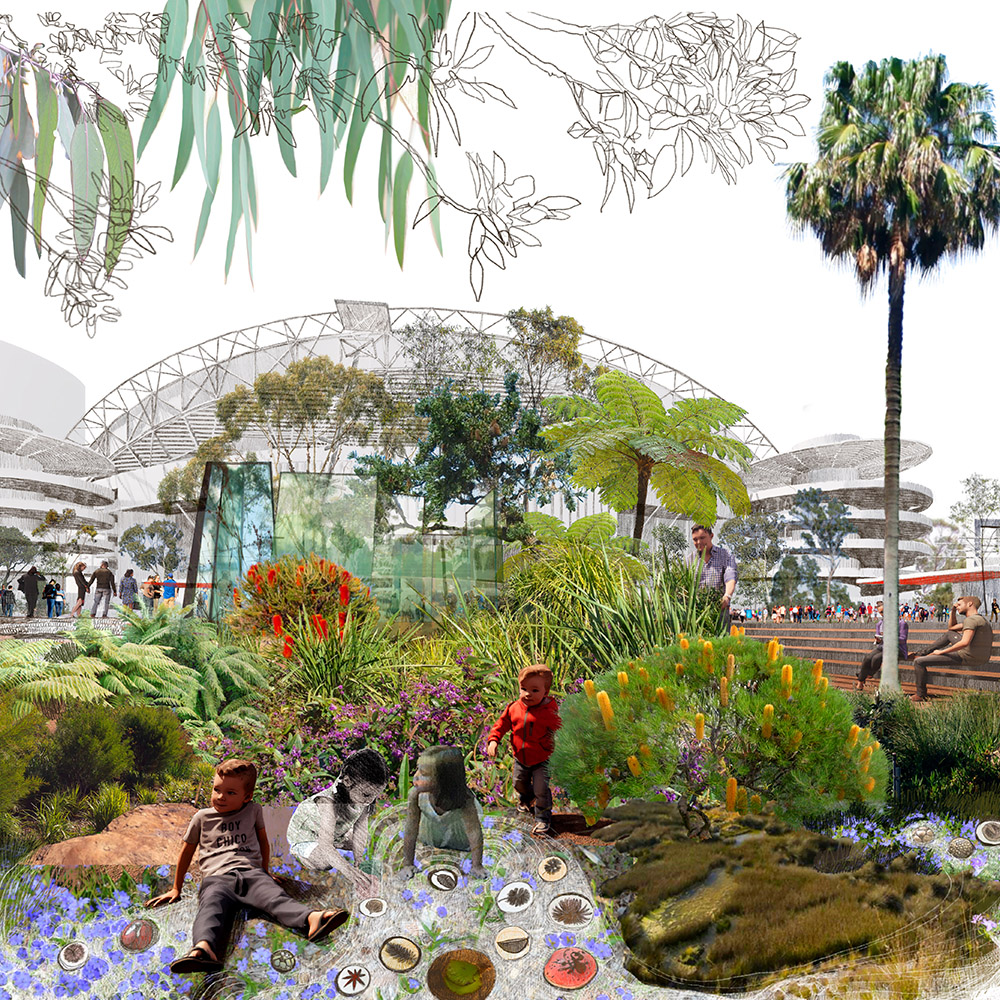 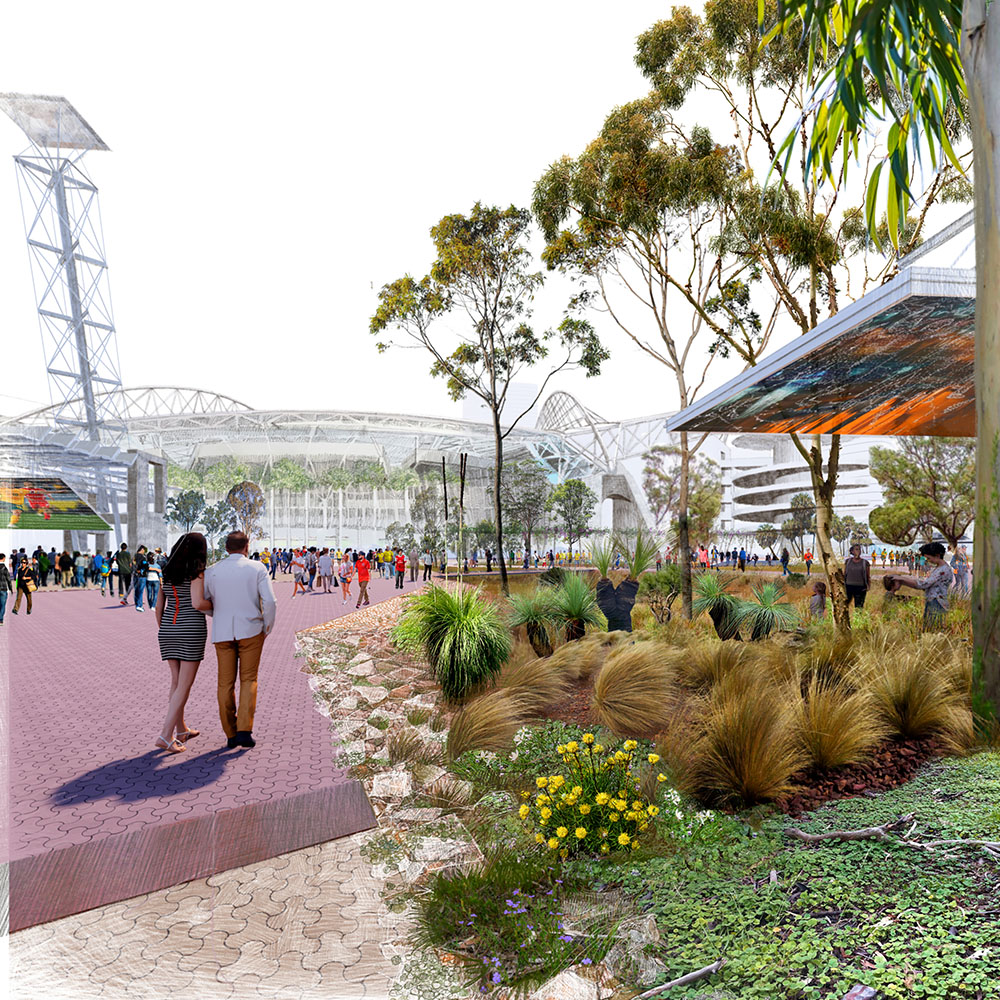 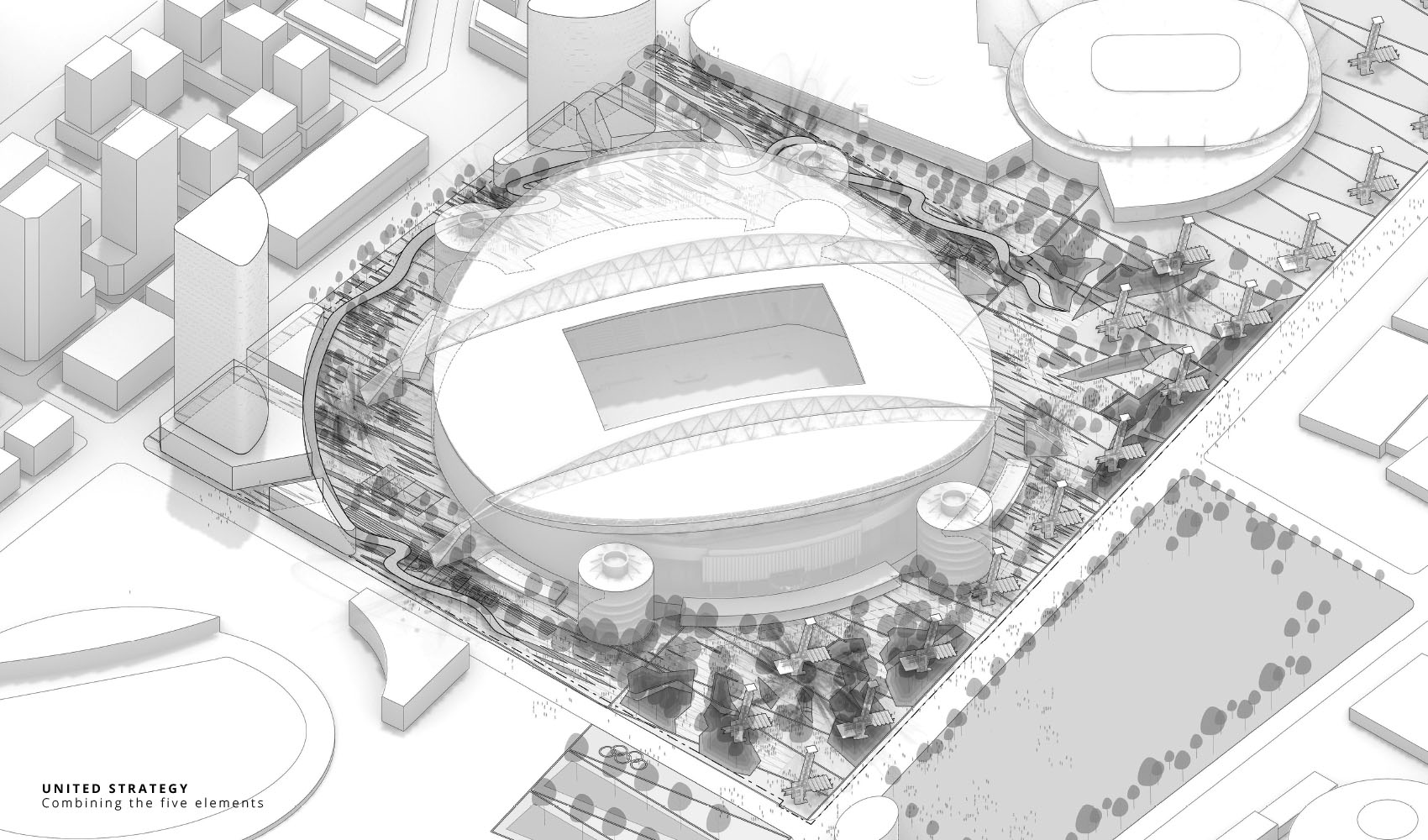 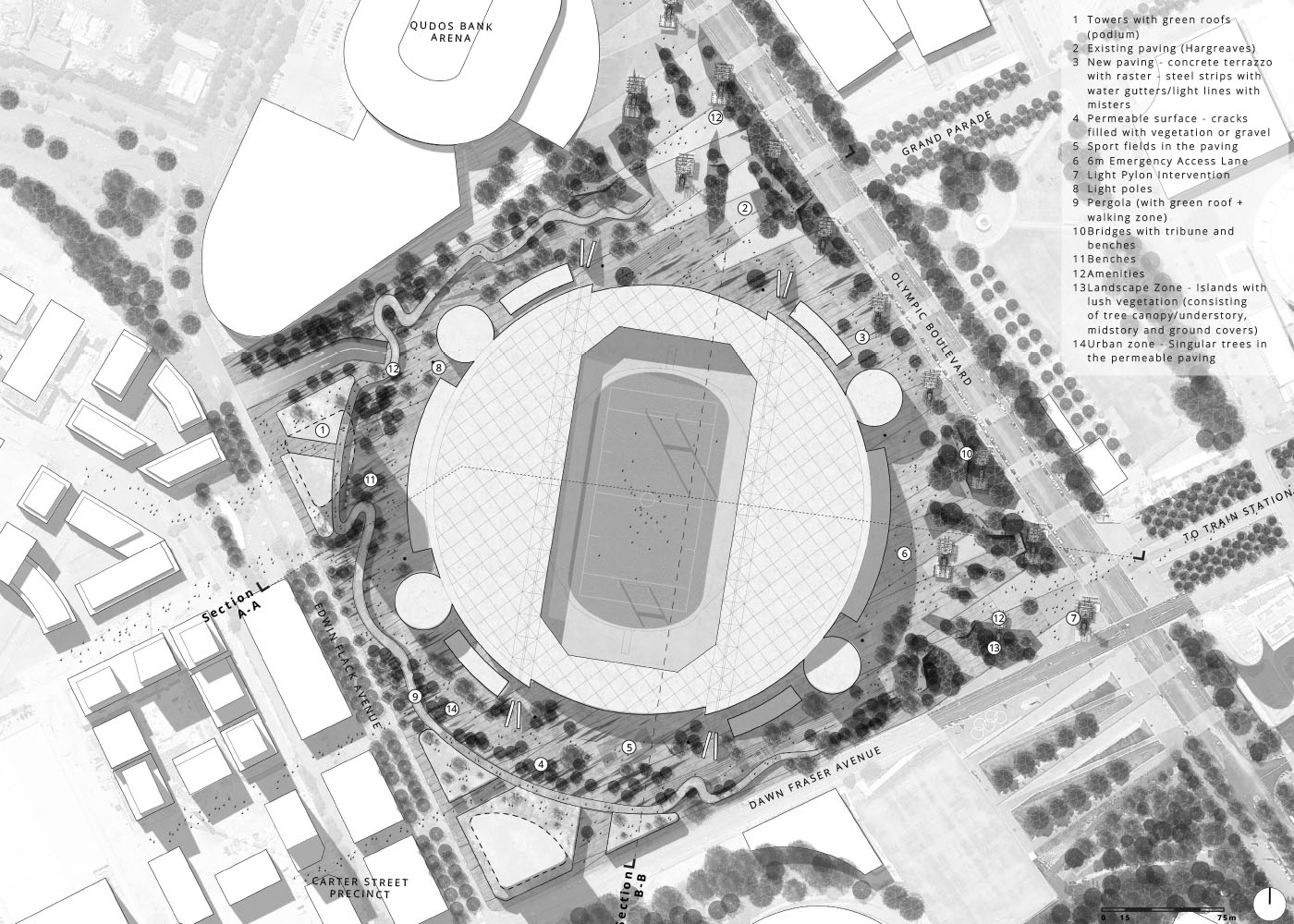 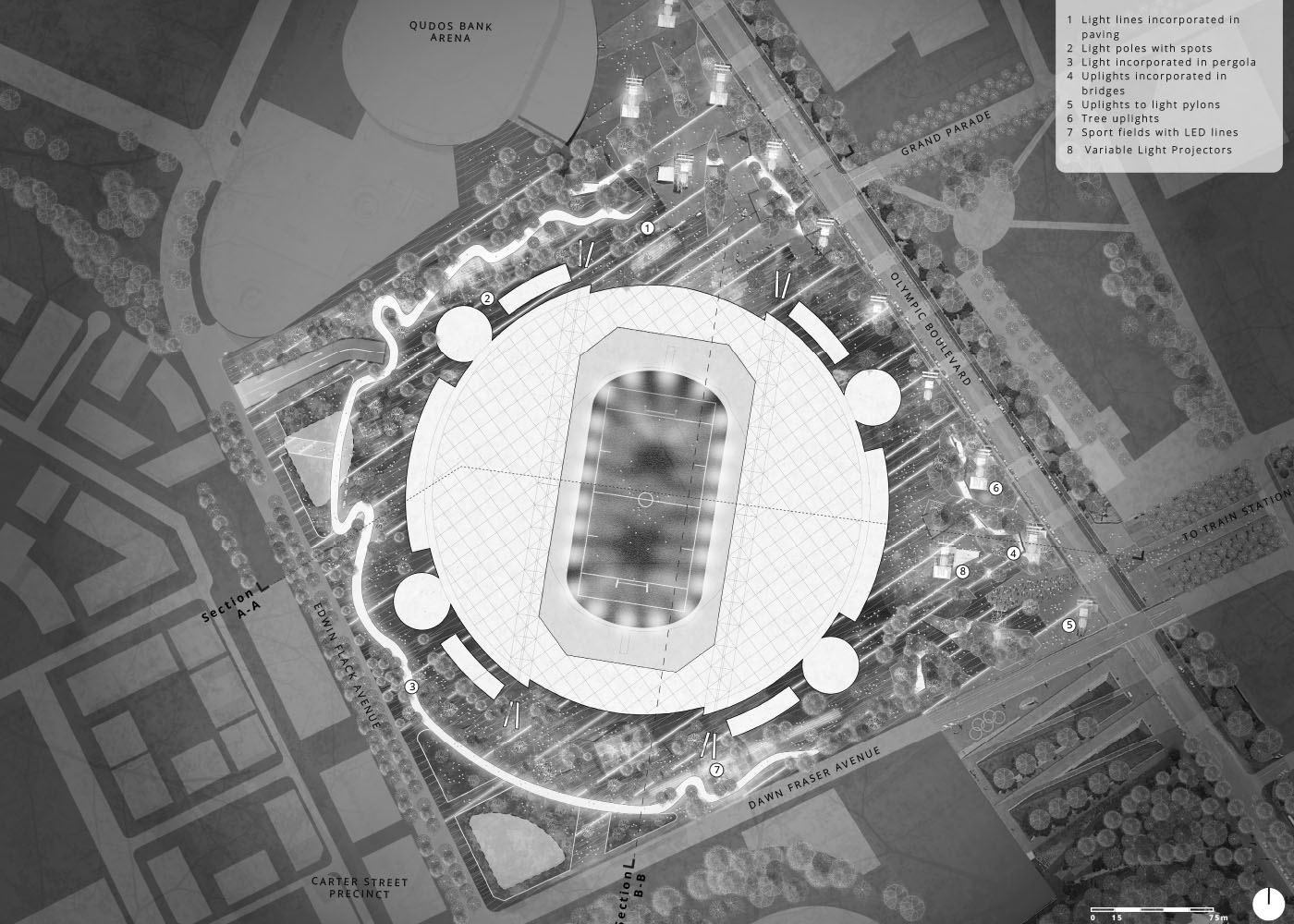